The theatre, a modernist monolithic building with tapering walls, was constructed in 1967 and designed by Eggleston MacDonald Secomb Architects. The practice also designed the adjoining rotunda, which will be replaced with new additions.

The theatre will undergo an extensive refurbishment and the design team will also use the same architectural language as the existing building to create the new additions.

“When we saw black-and-white photos of the building from when it first opened, it looked extraordinary. It’s got a Mesopotamian kind of look about it. It’s quite a strong building with the way the tectonic shapes of it sit in what was a big open landscape,” Peter Elliott, principal of Peter Elliott Architecture and Urban Design, told ArchitectureAU.

“But [the building] got crowded out over time so we’ve simplified that and got it back to the raw building again. There are really beautiful grassy berms around the two sides of the building, which make the building feel like it was sitting on a big plinth and they’re being re-established.”

The existing 508-seat theatre will be transformed into a 586-seat theatre. New acoustic technology will be installed, which will allow the theatre’s acoustics to be digitally adjusted in real time.

The Alexander Theatre has seen performances from a range of organizations including the Melbourne Theatre Company and the Bell Shakespeare Company. The redevelopment will herald a new era for the venue.

“We’re turning what was a theatre for the spoken word into a multipurpose venue,” said Paul Grabowsky, executive director of the Monash Academy of Performing Arts. “That’s going to be of vast use to many different sections of the community.”

The new acoustic technology will assist in creating different acoustic conditions that are not possible with the original architectural intent of the building, but Elliott said that’s not the only reason for the use of the technology.

“There are enormous possibilities for manipulating sound digitally. That combined with [the building’s] capacity to allow you to put on musical performances in a venue that wouldn’t otherwise be possible just increases the flexibility of the space in a really exciting kind of way,” he said.

Two new performance venues will be added including a 200-seat jazz club with north-facing glazed walls, and a 130-seat flat-floor, stage-less performance space to be known as the Sound Gallery, which will accommodate a variety of performance types.

The jazz club and Sound Gallery, each with tapering walls mirroring the existing Alexander Theatre, will be located north of the theatre, replacing the rotunda. Lecture theatres formerly housed in the rotunda will be moved to a new Learning and Teaching Building designed by John Wardle Architects, currently under construction.

The new performance venues will be joined under a floating circular roof and connected to the refurbished theatre via a new glazed entrance foyer.

Elliot said the circular roof is a nod to the rotunda. “We like the idea of the big circle. It looks sort of like it’s fallen out of space.

“The new building is much more engaging with the outdoors because the foyers are combined between the Alexander Theatre, the Sound Gallery and the cafe [in the jazz club]. The cafe will spill out to the north on to the forum.”

The redevelopment of the Alexander Theatre is part of Monash University’s 20-year masterplan for its Clayton campus. Prepared by MGS Architects, the Clayton Campus Masterplan 2011–2030 sought to create better transport and pedestrian connections, a better public domain and more student housing.

Since then, a host of building works at the Clayton campus have been completed including New Horizons by Lyons Architecture (2013), Green Chemical Futures by Lyons Architecture (2015), four student housing projects by BVN (2011), McBride Charles Ryan (2015), Hayball and Richard Middleton Architects (2015) and Jackson Clements Burrows (2015), as well as the Learning and Teaching Building by John Wardle Architects, which will be located adjacent to the theatre to the south and west.

The redevelopment of the Alexander Theatre will create a significant, multipurpose performing arts complex in suburban Melbourne.

“It’s really important to decentralize our artistic infrastructure so that people who live further out have the same opportunity to experience the arts as people who live closer to the middle of town,” Grabowsky said. “I think this is the sign of a maturing city.”

The Alexander Theatre closed in January 2016 for redevelopment. The refurbished theatre is expected to open in early 2018, with the new additions to follow. The new facilities will collectively create the Ian Potter Centre for Performing Arts. A spokesperson for Monash University said the cluster of performance spaces in the new centre will replace the previously proposed new Sir Zelman Cowen School of Music designed by Safdie Architects, announced in 2012. 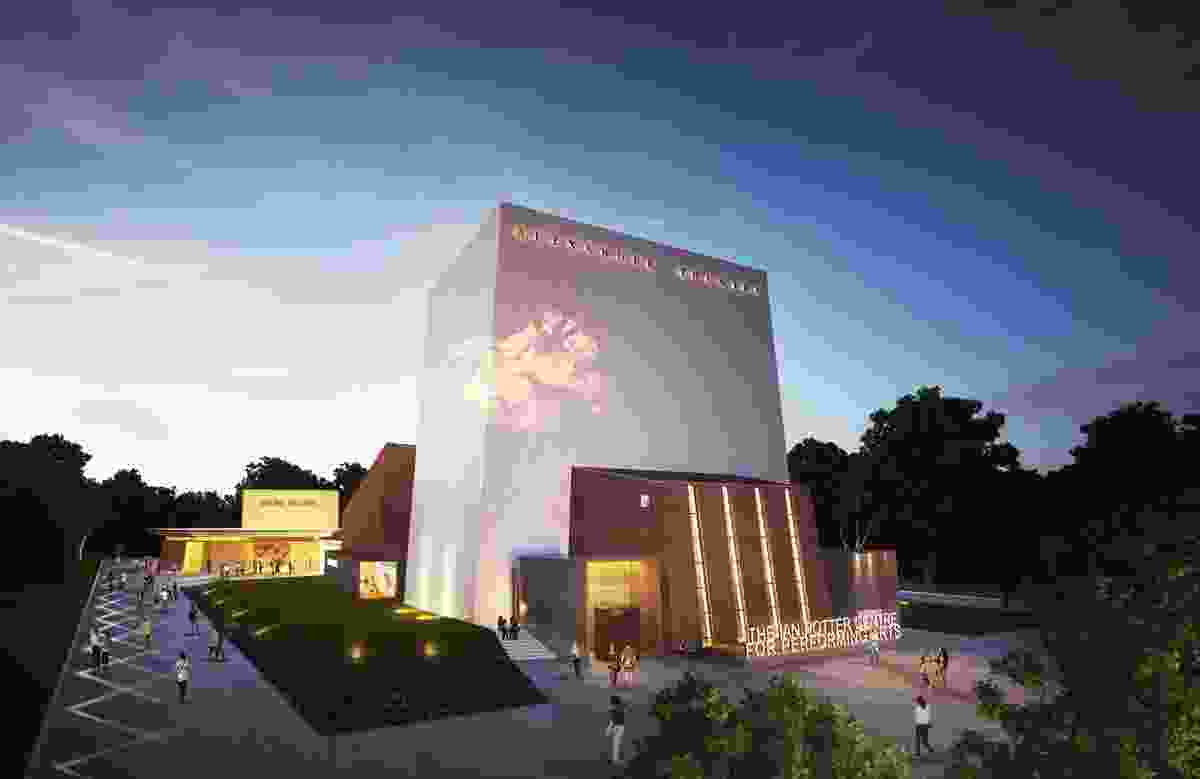 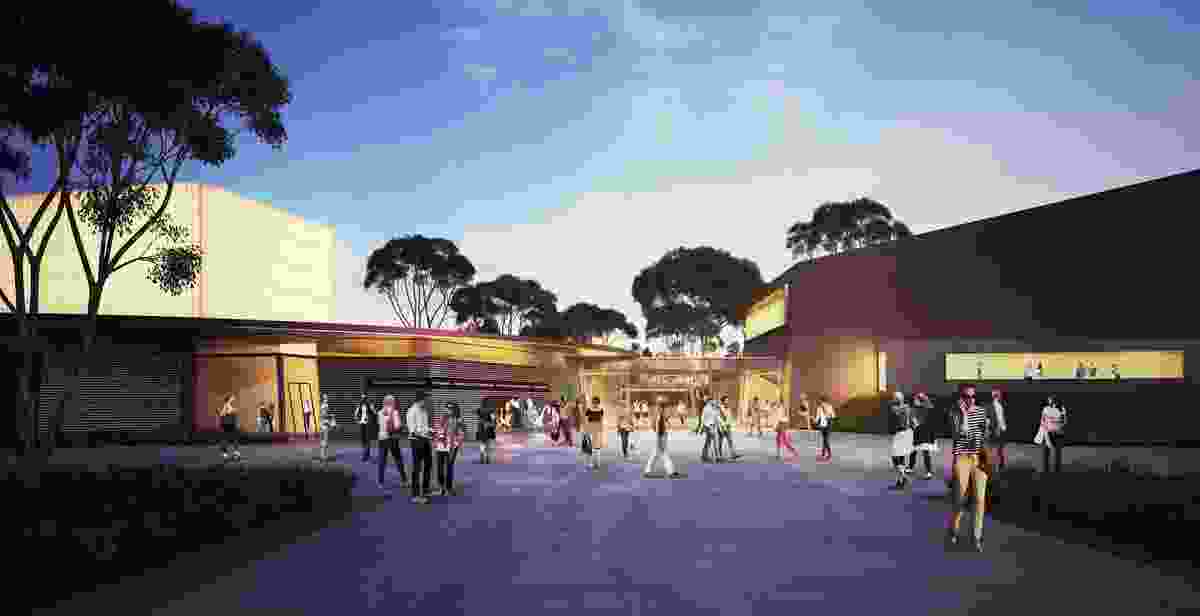 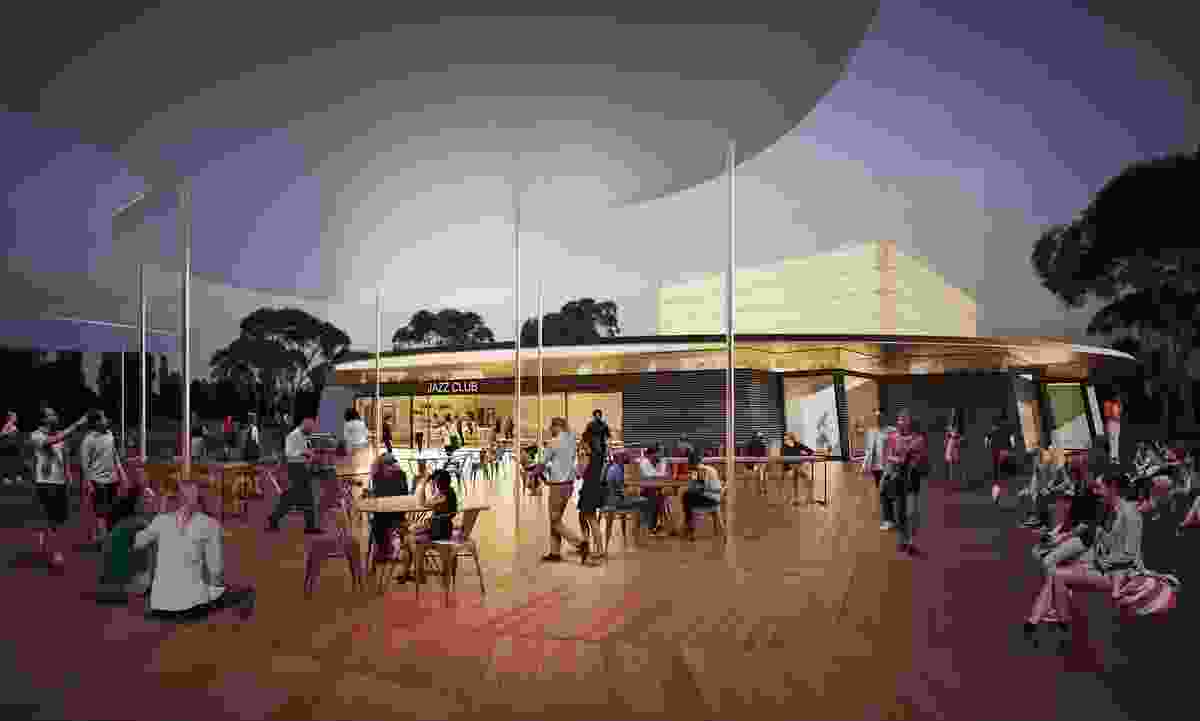