NeW Space is a recently completed “vertical campus” for the University of Newcastle, designed by Melbourne-based Lyons Architecture in collaboration with Newcastle-based EJE Architecture, located in the CBD of the NSW central coast city.

The $95 million project opened in July 2017 and is situated at the corner of Hunter and Auckland streets, adjacent to the Civic Theatre and University House.

It houses more than 400 staff from the Faculty of Business and Law and the new School of Creative Industries.

The building is designed to enable a new mode of learning called “the flipped classroom,” which involves students reviewing materials online and attending workshops to apply and analyze the information.

The design of the building replaces traditional lecture theatres with flexible work spaces and booth seating, allowing students to chose the types of learning spaces they occupy.

The design facilitates collaborative, group-based learning, which typically happens at the beginning of the semester, as well as individual study as students prepare for exams at the end of the semester.

The building’s permeable ground floor allows students, staff and the public to move freely throughout.

“The idea of the campus being open and porous on each level is reinforced by a high level of vertical interconnectivity through the building, facilitated by escalators, lifts and open stairs,” said James Wilson, a director of Lyons Architecture.

The building also provides facilities to engage with local industries, businesses and the wider community as well as social spaces, and a digital library service and information commons.

“The public nature of the immediate civic precinct introduces exciting possibilities for the way the community can engage with the new building’s spaces, streets and lanes, including a generous ‘campus green’ at ground level that acts as a community interaction area and outdoor learning zone,” Wilson continued.

Six double-height “urban rooms” or balconies on three sides of the building provide natural light and views to local landmarks, such as the popular Nobbys Headland. Three glass bridges connect the new building to the existing University House.

The facade of the building is features a series of sun control fins which provide shading while also allowing the building to appear open and accessible.

The $95 million project was jointly funded by the federal government ($30 million), the NSW government ($25 million) and the University of Newcastle ($40 million). 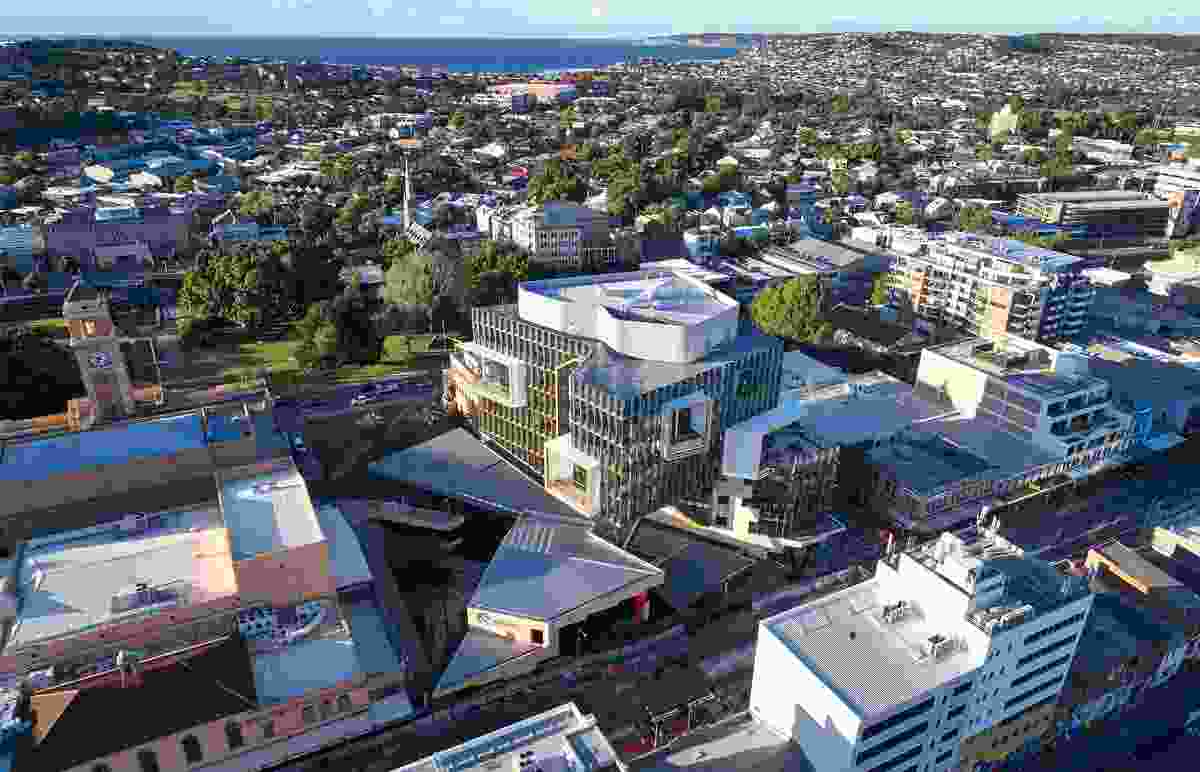 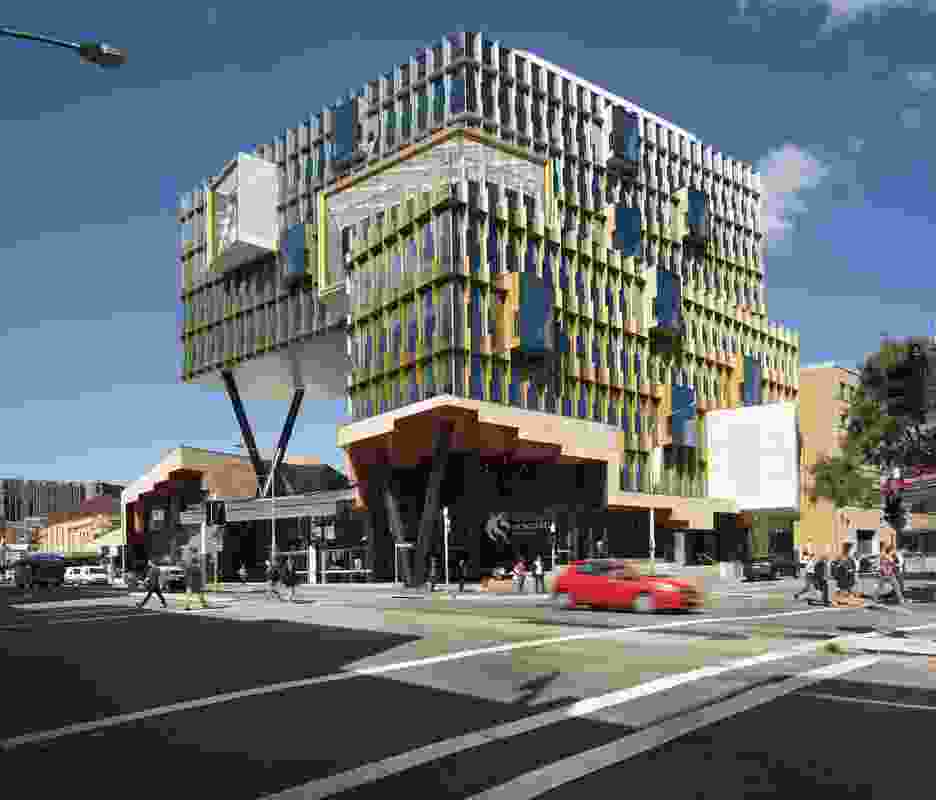 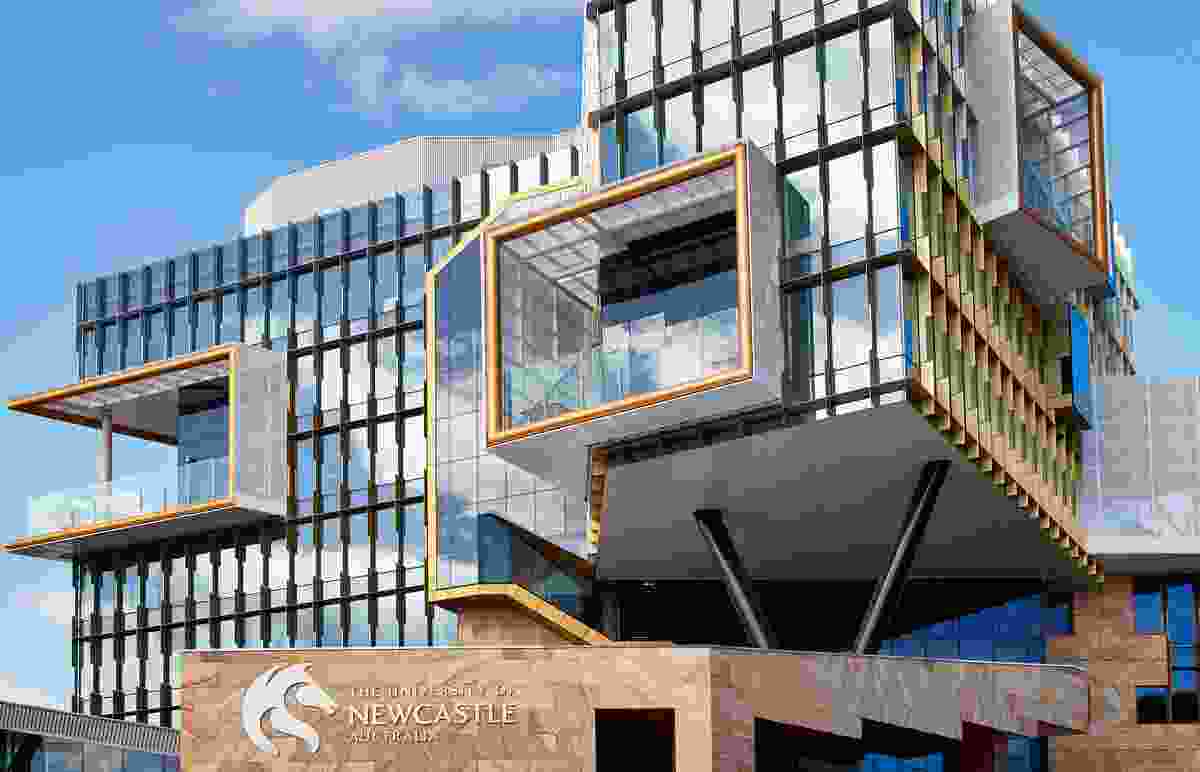 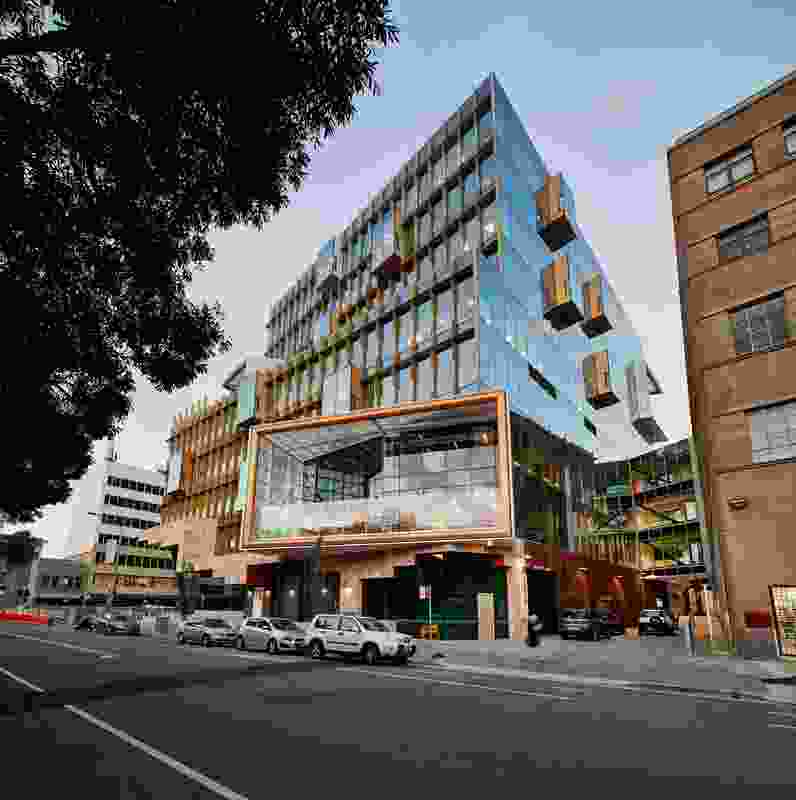 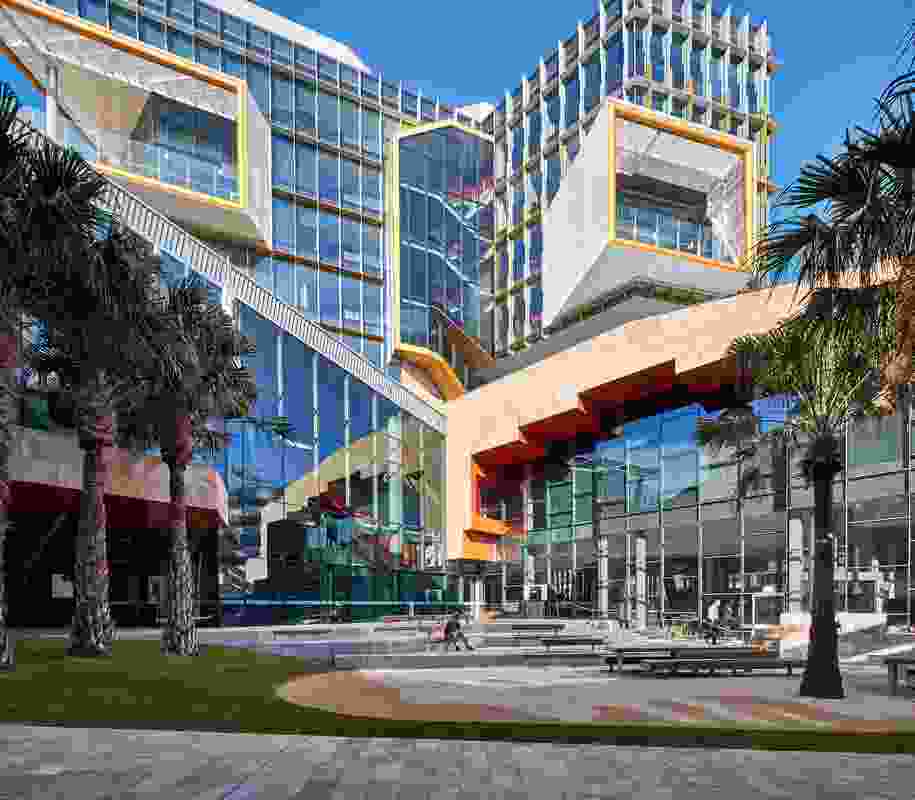 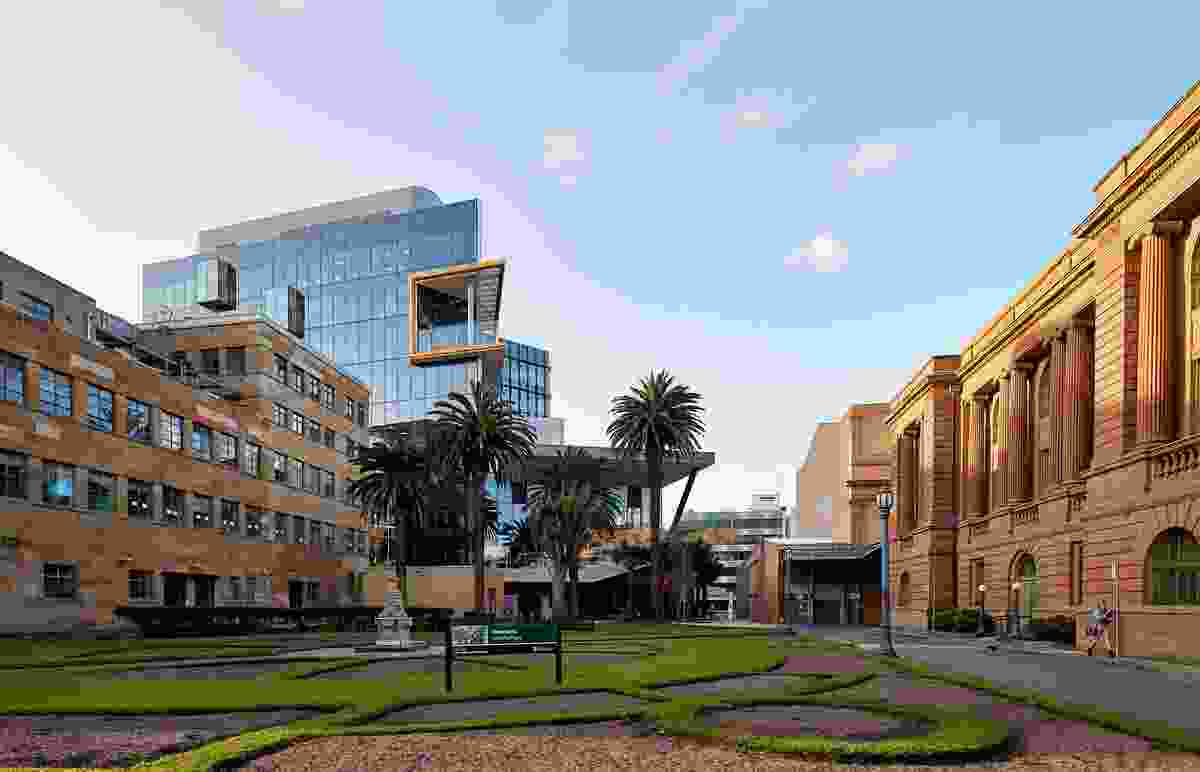 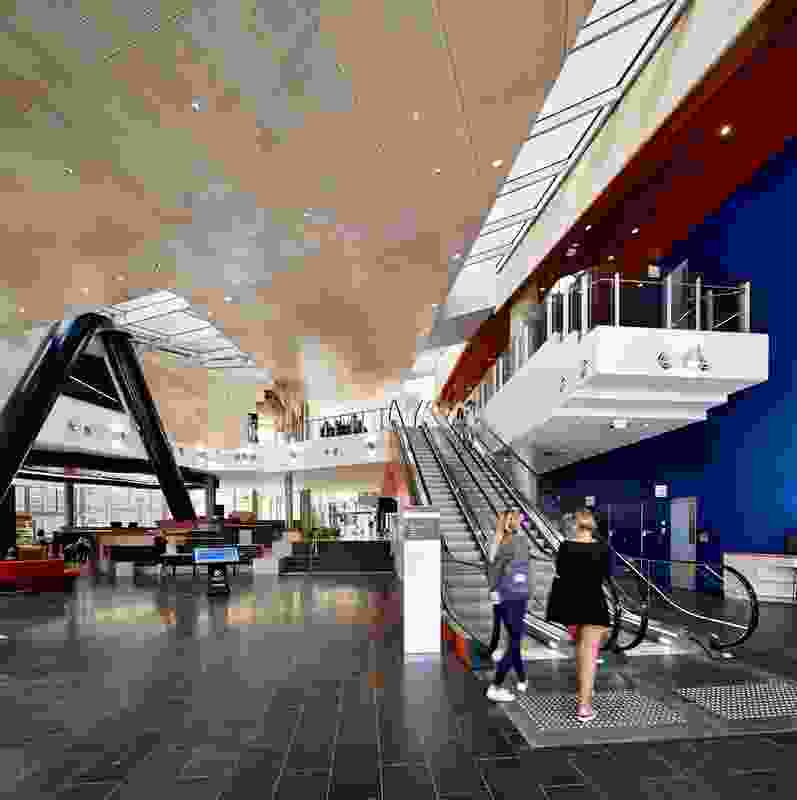 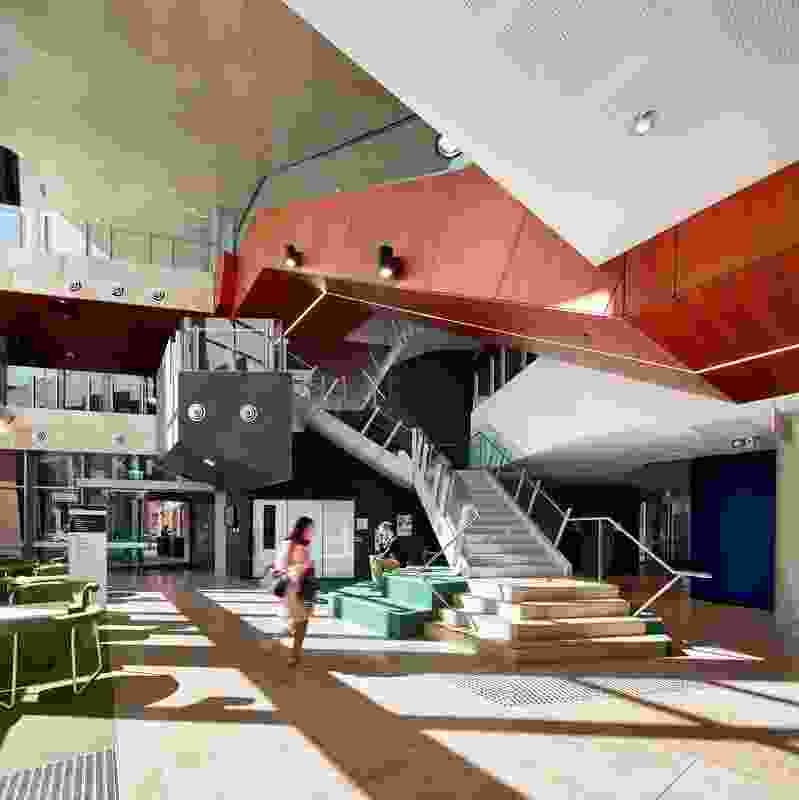 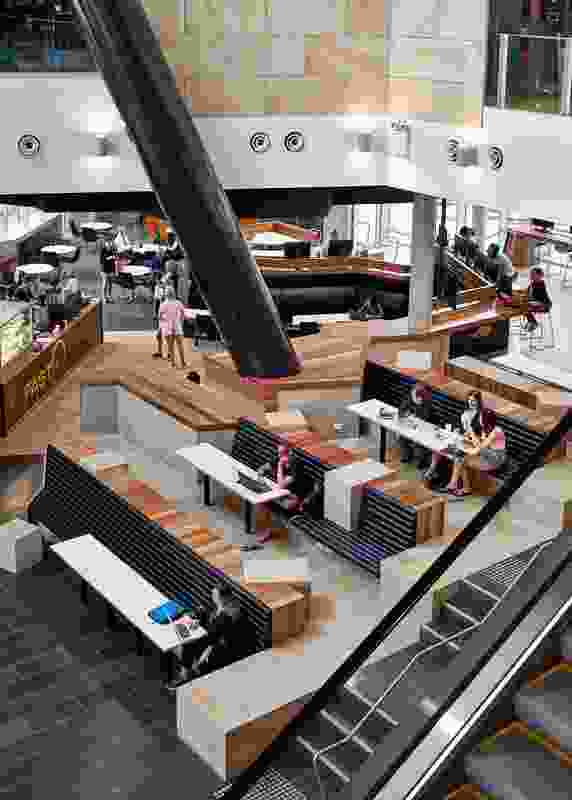 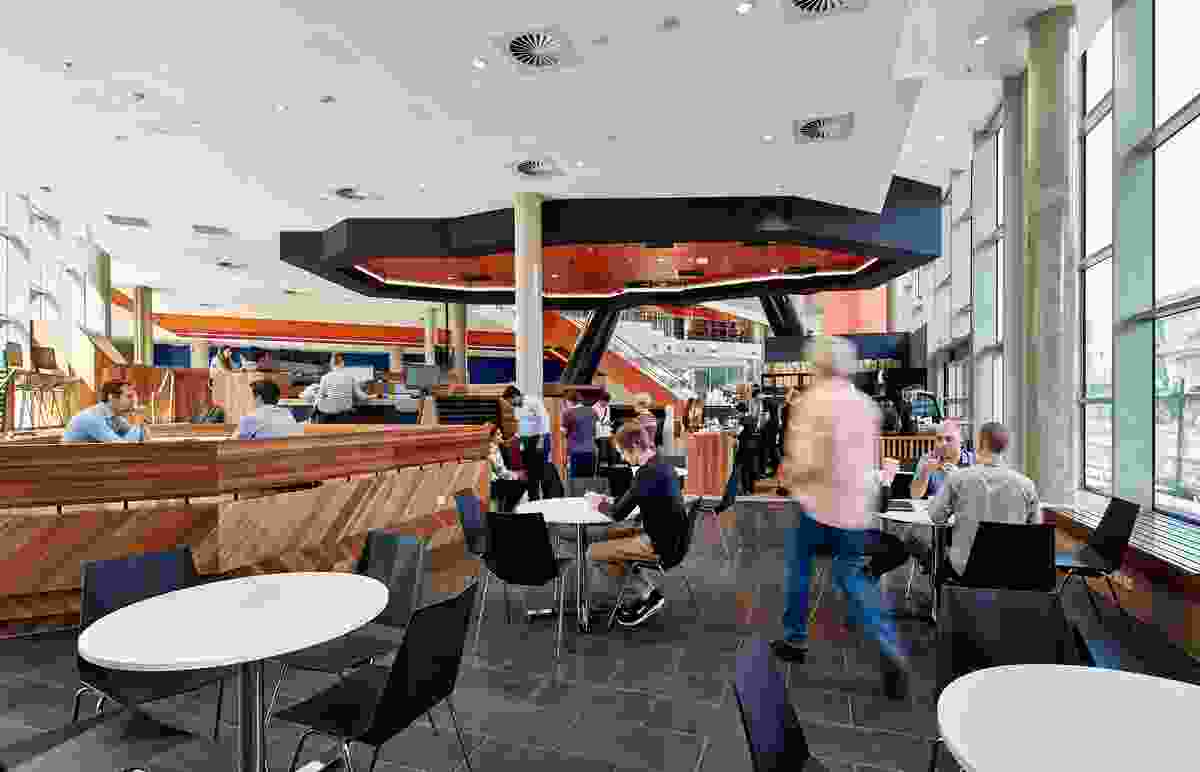 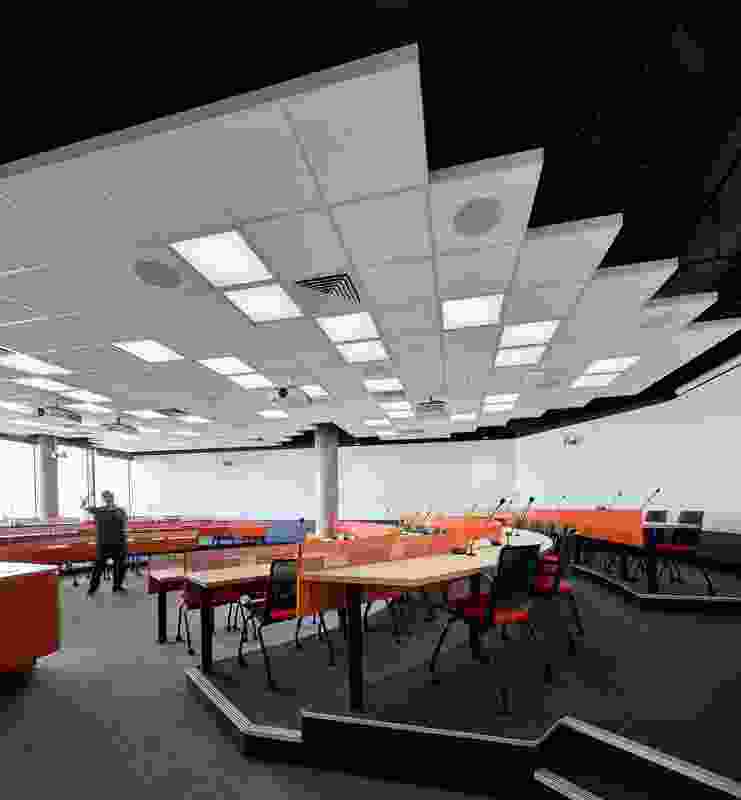 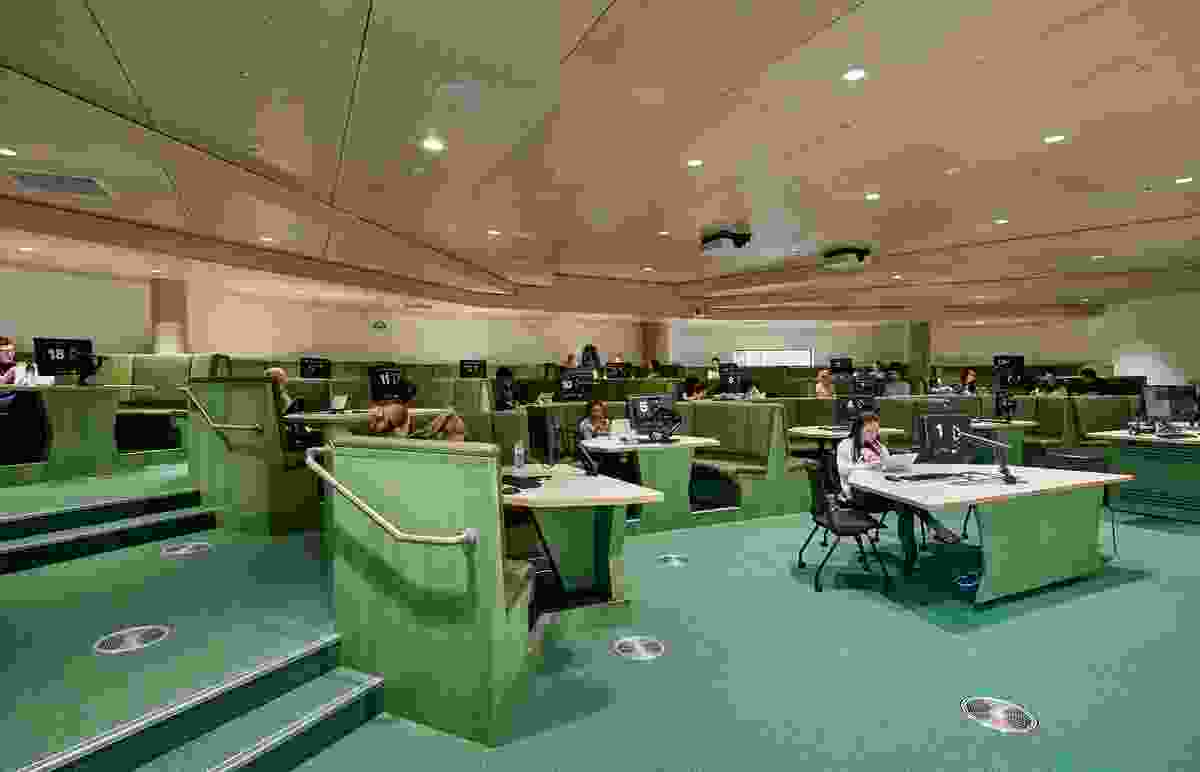 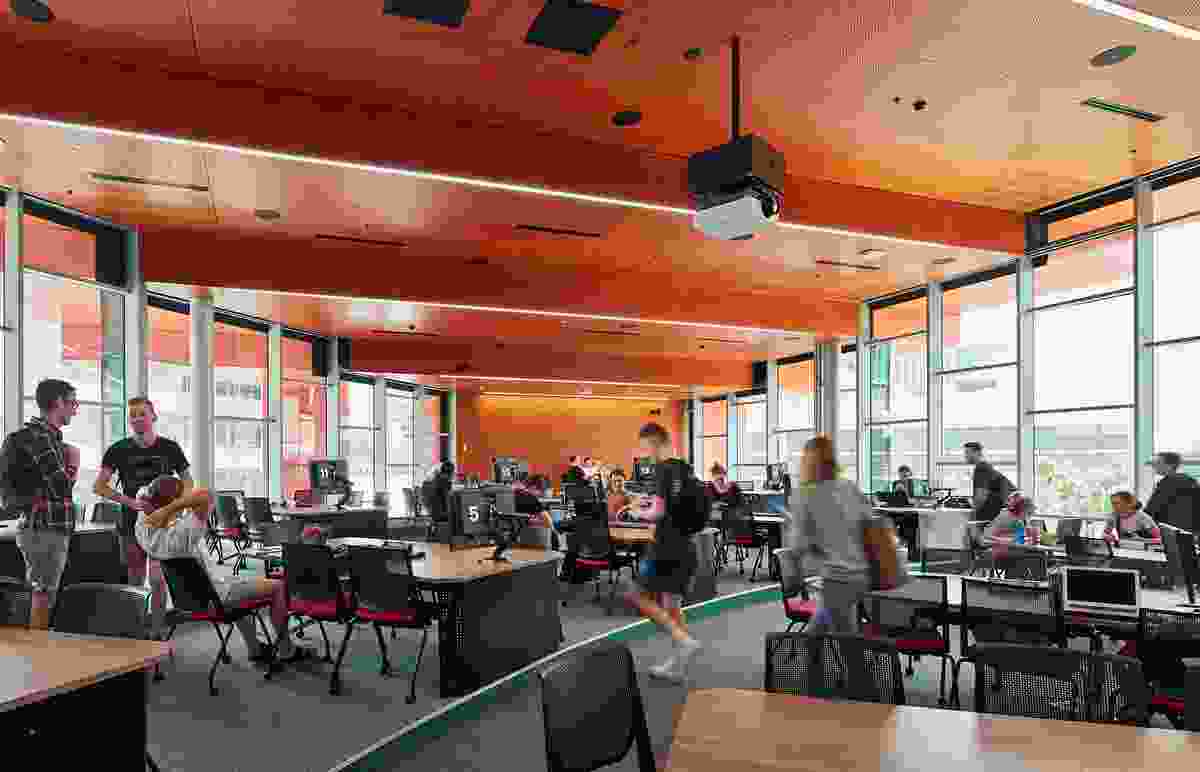 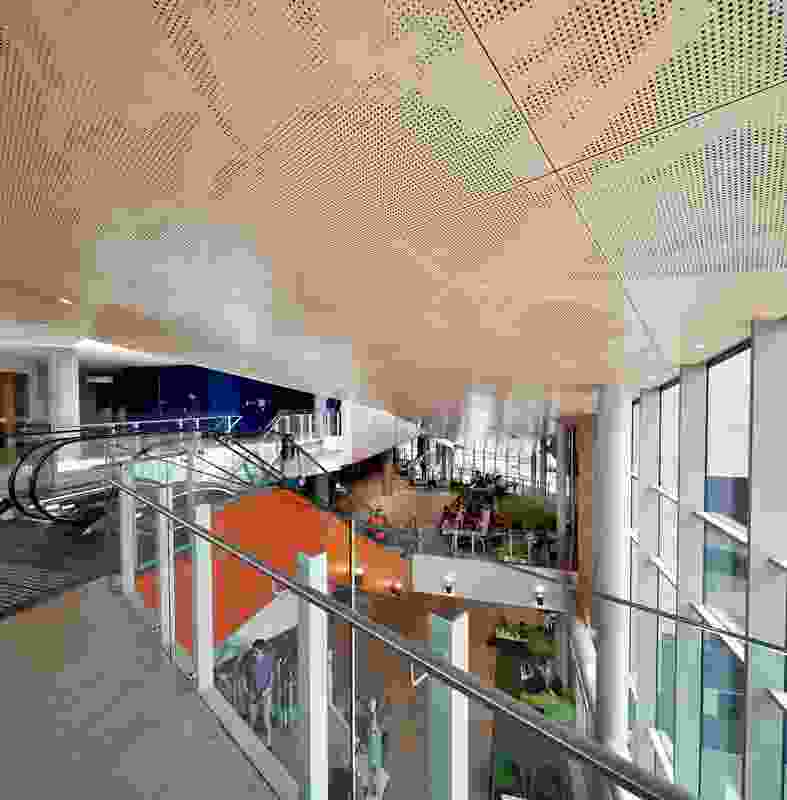 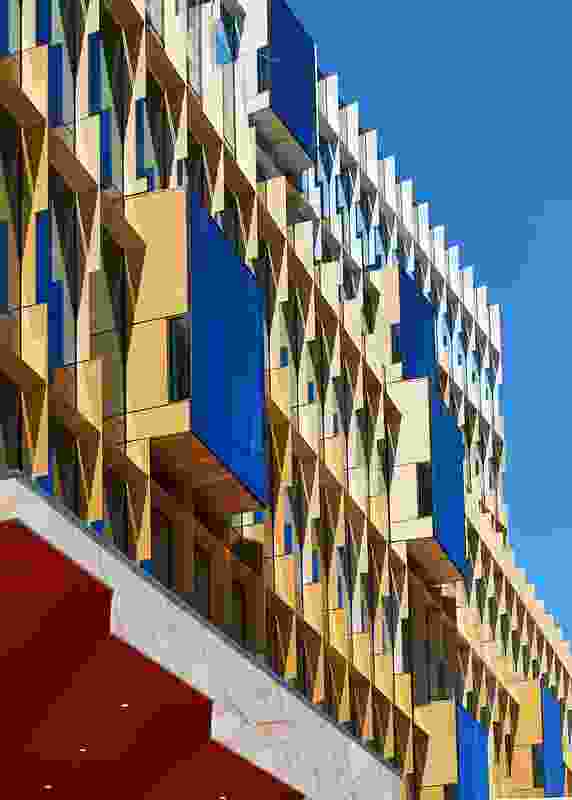 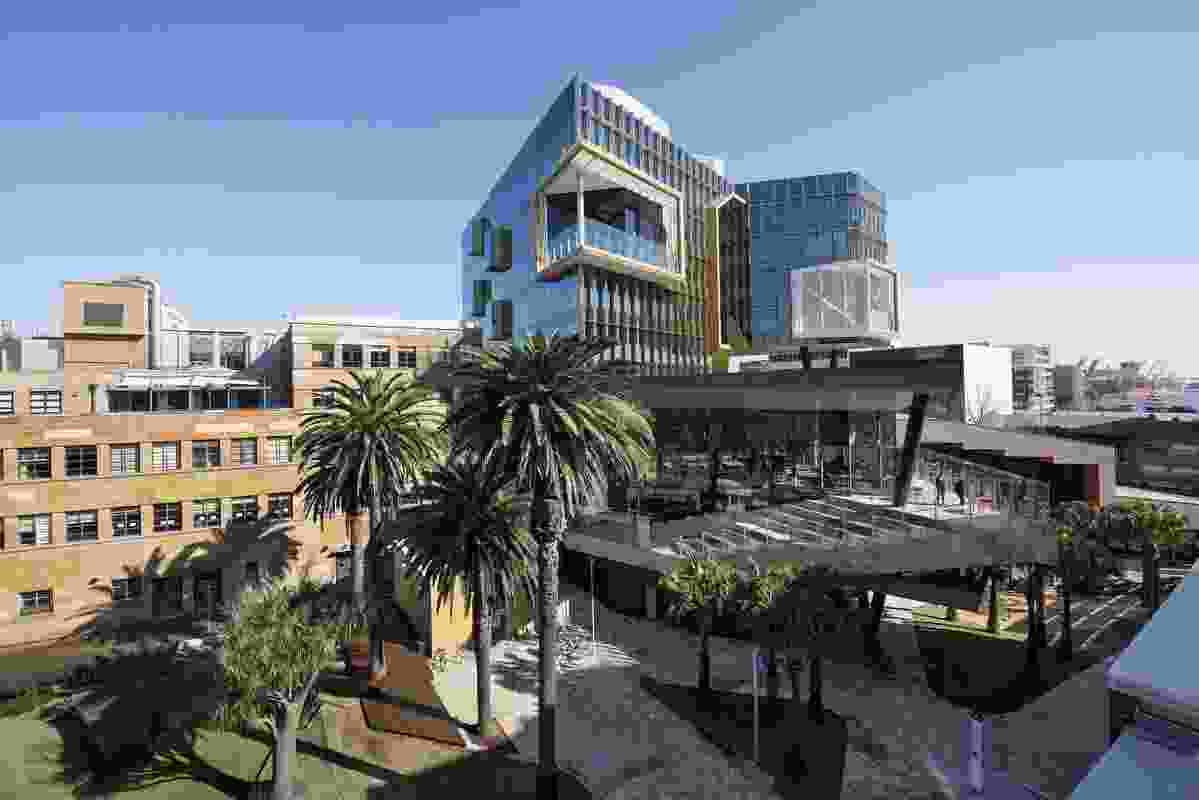