The South Australian government has unveiled new designs of the Adelaide Festival Centre redevelopment by Hassell.

The design for the proposed $90-million redevelopment was first unveiled in March 2015. Hassell’s latest designs include a new King William Road facade design which will feature vertical louvres and large media screens.

Hassell said in a statement, “The redevelopment of the Adelaide Festival Centre respects the original building and its surrounds (by Hassell) but contributes to the reinvigoration of the area.”

Adelaide Festival Centre was originally designed by Hassell architect John Morphett who passed away in March 2016 at age 83. The centre was opened in 1973, three months before the Sydney Opera House.

“When it opened, the Festival Centre was the first performing arts centre built in Australia and it secured South Australia’s reputation as a leader in the arts and culture,” said Michael Abbott, chair of Adelaide Festival Centre.

The original design of the Festival Centre was described as “sharp-edge clouds.”

“A restrained approach to the new works will enhance the existing fabric and enable the elegant geometry to maintain its presence within an increasingly complex urban precinct,” said Hassell. 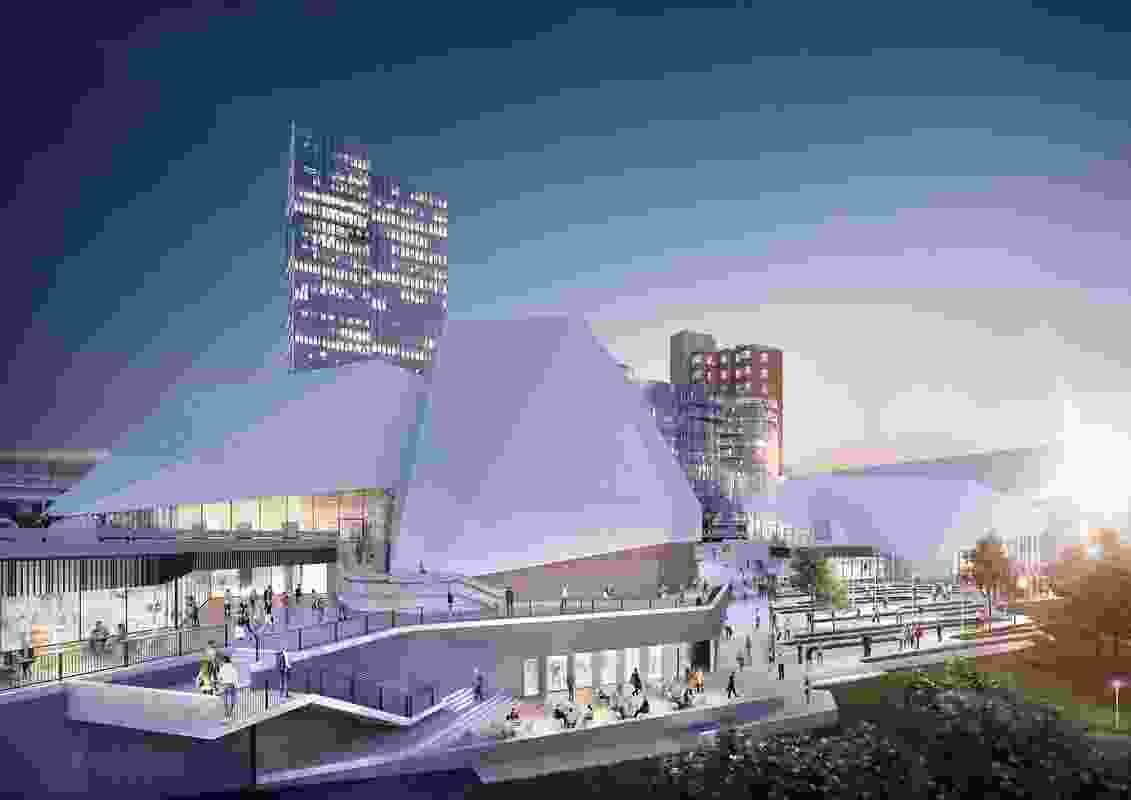 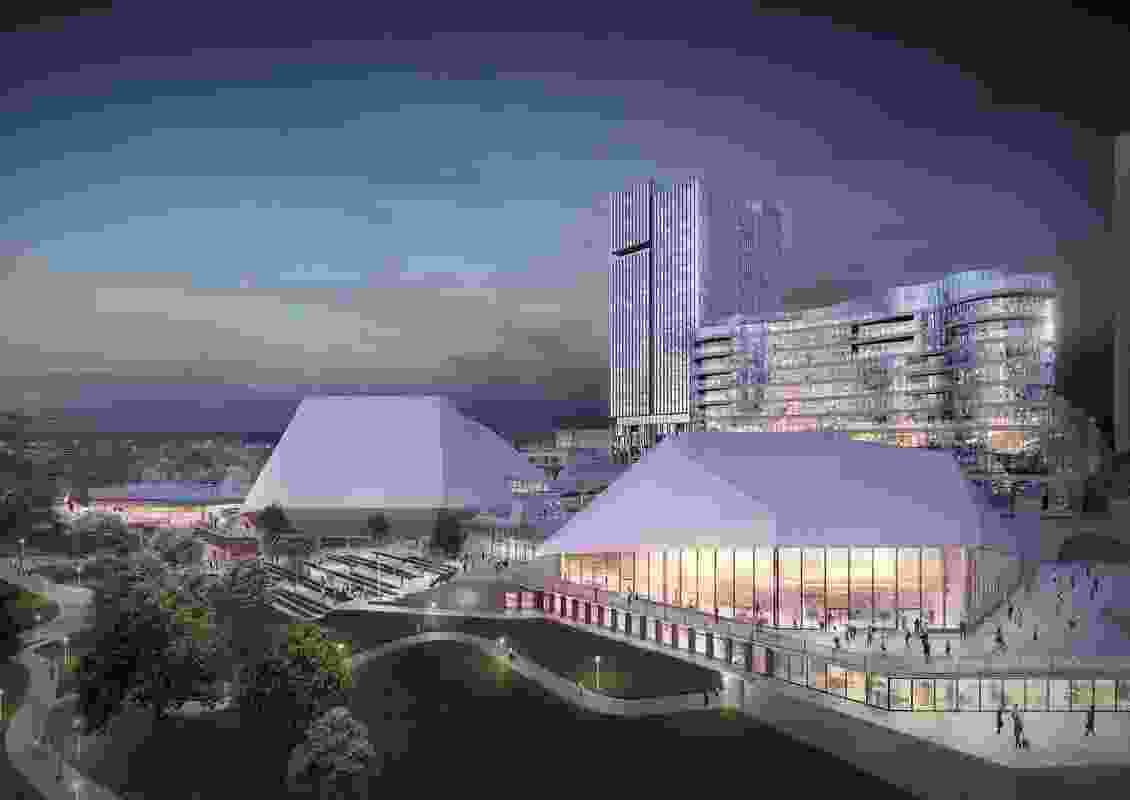 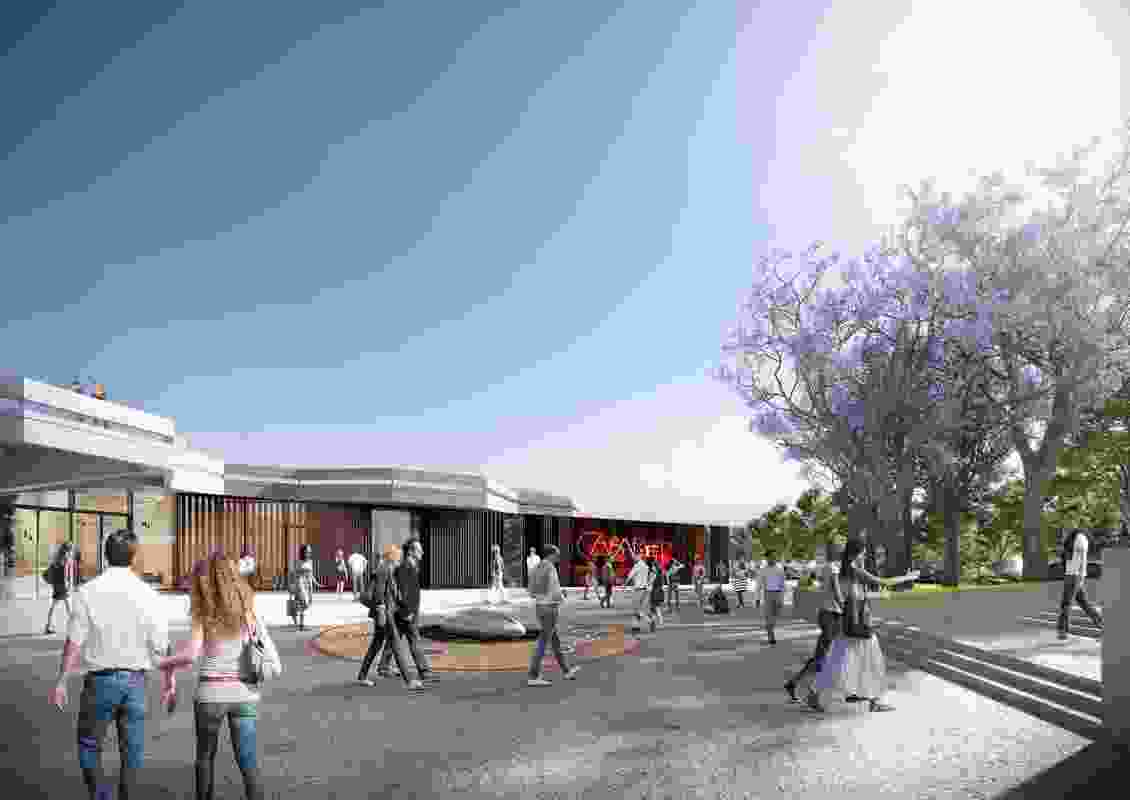 The Adelaide Festival Centre redevelopment by Hassell will feature a new facade with vertical louvres and large media screens.

The King William Street facade of the Adelaide Festival Centre redevelopment by Hassell will feature a new facade with vertical louvres and large media screens. 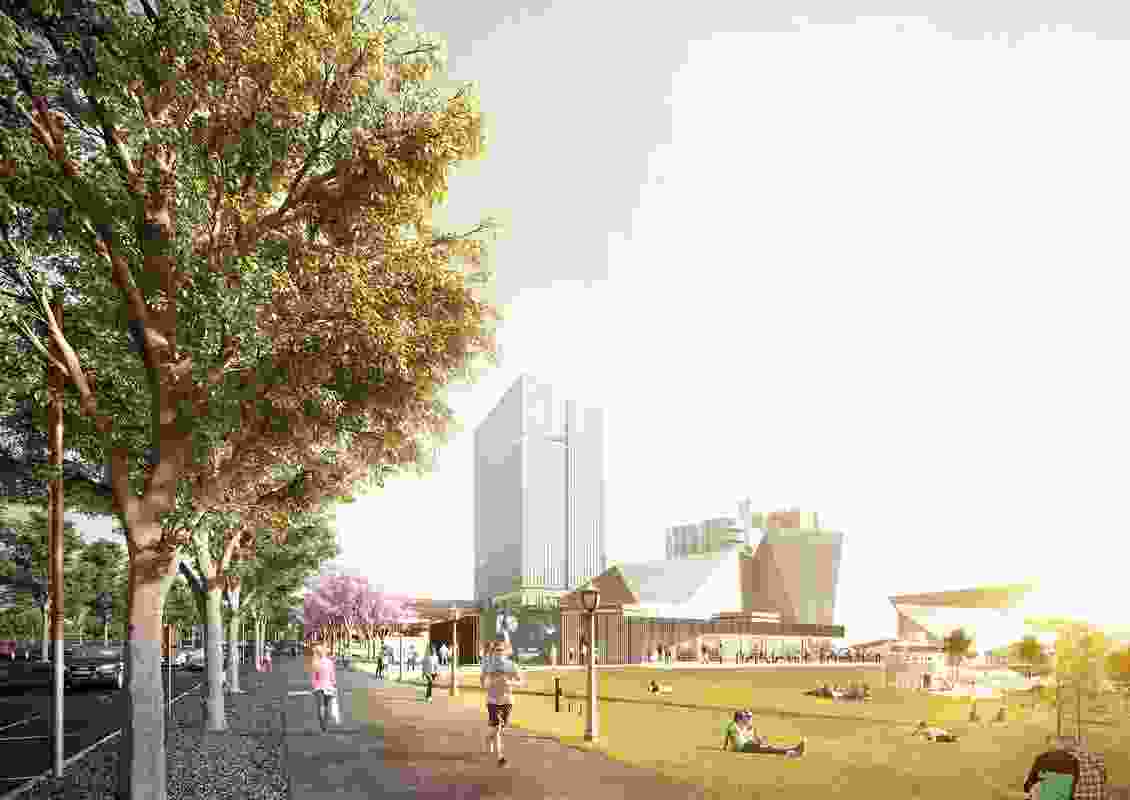 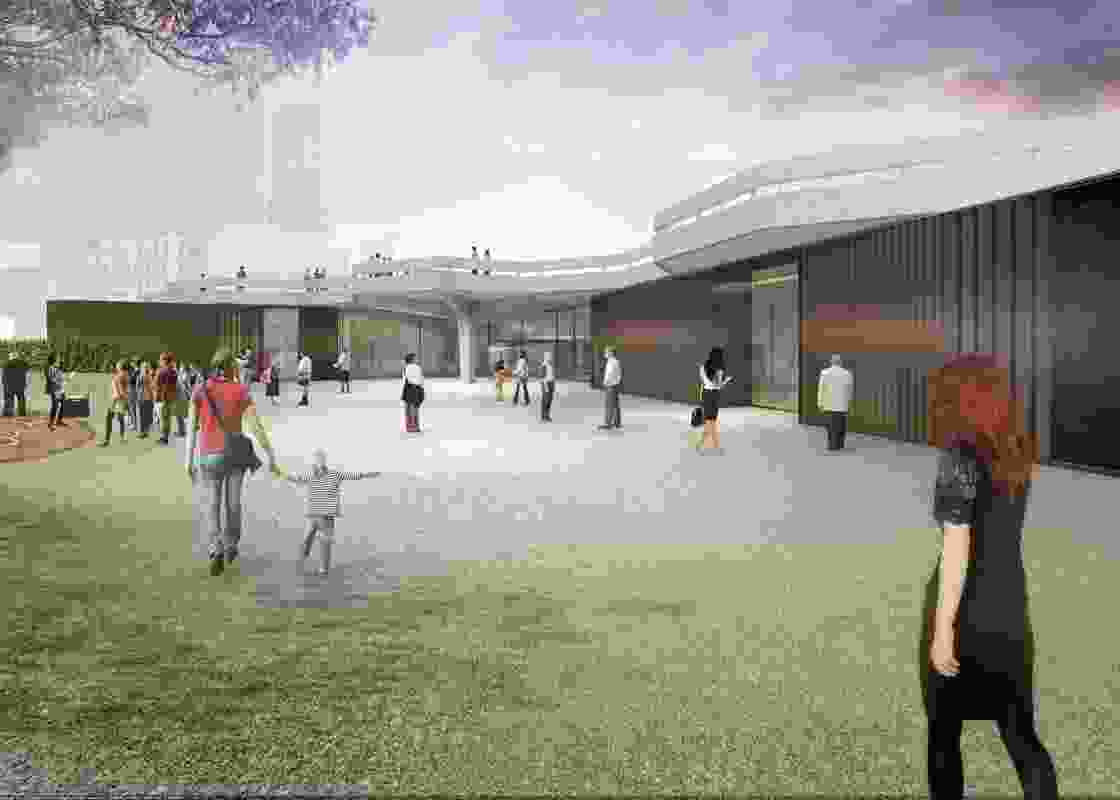