As a director of a small design practice with a keen interest in socially engaged projects, I recently took a five-week study tour of exemplar social housing and landscape projects in New York City. I visited many affordable housing projects and spoke with people working passionately in the field. Here, I’ve written about three exemplar projects, with mixed-use programming as the common thread between them. All provide affordable housing to individuals and families in need and community infrastructure for residents and their wider neighbourhoods. The three projects differ from one another through their objectives: Sugar Hill in Harlem is celebrated for its innovative architectural design; Via Verde in the Bronx is known for its implementation of environmental and active design principles and Intervale Green, also in the Bronx, is interesting as a community catalyst project.

Sugar Hill is located in Harlem on Manhattan’s Upper West Side, on the corner of Saint Nicholas Avenue and West 155th Street. The project was completed in 2014 to a design by David Adjaye of Adjaye Associates and developed by Broadway Housing Communities, an innovative New York City not-for-profit developer that has influenced some of the social housing work by HomeGround Services in Melbourne.

Families at high risk of homelessness are permanently housed in Sugar Hill’s 124 apartments. The community programs located at street level include the Sugar Hill Children’s Museum of Art and Storytelling and a second community facility, both yet to be realised. However, when they launch later in the year these facilities will open up the building and extend the cultural intervention into the wider community. I’ve read there is also a preschool on site though it has no obvious presence on the ground plane.

It was easy for me to find Sugar Hill, because its height and colour dominate the immediate context. This isn’t a criticism; the building sits very comfortably within its surrounds, both because of its materiality and the way it addresses the street. A 12-storey building, to soften its presence at the eighth floor it steps back from West 155th Street. The concrete precast panels it is constructed from, meanwhile, complement the brick masonry of nearby row houses and walk-ups. Variation and tactility within the precast panels is introduced through a gunmetal grey coloured oxide and a form liner of graphic circles. According to the literature they are stylised roses, a contextual reference as the building is located in a heritage rose district (an area preserving old rose species), though you’d never know it.

In contrast to the heavy masonry above, the ground plane is a predictable glazed shopfront with little visual interest. Printed panels, which reiterate the stylised rose pattern, interrupt the glazing. The forecourt includes some hardscape and garden bed design, though there is scope for more rigour here; commonplace concrete and undersized garden beds don’t do it justice. The garden beds were uninspiring on my visit, but this may be due to the harsh winter. I hope it will be replanted with spring colour any day now, like the rest of New York!

Via Verde, a mixed-use affordable housing development, brought me to Melrose in the South Bronx. One of New York City’s better-known affordable housing projects, its reputation stems from its sustainability initiatives, both environmental and social. The project was the result of an international design competition announced in 2004, its objective being to develop a housing model that was not just affordable, but sustainable and replicable.

Grimshaw Architects and Dattner Architects collaborated on the design, which is a mixture of typologies, including a 20-storey apartment tower, midrise towers and town houses. There are 222 units of affordable housing along with a medical centre and pharmacy. These latter services help knit the project into the wider community. The more interesting community aspect of the project, though, is the productive landscapes, which are internalised.

Via Verde was one of the first projects to implement New York City’s Active Design Guidelines which promote physical activity and health in the design of buildings and urban spaces. Their influence on Via Verde is best seen in the design of the courtyard and roof terraces. Lee Weintraub Landscape Architects designed these spaces as gardens for growing fruit and vegetables and the building has an associated structured food program. With the health of residents in mind, the project also accommodates a fitness centre. Stairwells are accessible and naturally lit to encourage use. Colombia University is conducting a study on Via Verde to quantify its impact on the health of its occupants.

Approaching Via Verde, the thing you notice after its height is the prominent presence of sustainable design elements, in particular the solar controlling awning devices over windows and the spectacular array of solar panels. Try as I did, I wasn’t able to gain assess to this property, so I can only regurgitate from literature that units are designed with cross ventilation, maximum natural light and highly efficient windows and water fixtures. The design overall conserves water, is energy efficient and has healthy air quality.

While it boasts exemplary levels of sustainability, Via Verde hasn’t been replicated. Unfortunately, the completed project was too expensive and therefore not affordable. Perhaps a future model might abandon expensive mechanical systems in favour of cost-effective passive design principles.

Unlike Sugar Hill and Via Verde, I was greeted at this project by Nancy Biberman, the founder and president of WHEDco, and Michelle Canizio, the sustainability manager, which made gaining access to this project much easier. Intervale Green is located in the Crotona Park East neighbourhood, which was the epicentre of the Bronx burning in 1977. The 128-unit development began construction in 2006 and it is still the largest multi-family Energy Star certified building in the US.

People are at the centre of WHEDco’s decision-making and this includes not only its building residents, but also the residents of the wider community. Biberman views Intervale Green as a community anchor and catalyst. It was the first regeneration project to be built in the area and since opening many more affordable housing and commercial projects have been constructed nearby. The intervention is much greater than a building. WHEDco successfully had road alignments changed so that streets were safer to walk and beautified these streets with trees, plantings and sculptures.

On the roof top of Intervale Green is an urban farm of 1500m2 that produces up to 450kgs of food each year. There is a full-time farmer tending to plots and residents are also encouraged to manage their own plots and grow their own vegetables. The food produced is available to residents for free as part of a healthy living program. Most interestingly, the wider community are also welcome and encouraged to grow and harvest their own plots.

The health of the community is of upmost importance to WHEDco. Since Interval Green opened in 2009, the quality of the immediate urban environment has altered considerably. WHEDco has dedicated staff who lobbied the Metropolitan Transportation Authority to paint the nearby highline subway station (Freeman Street) and structure as it was in a very poor condition. They also work to ensure empty commercial premises on the high-street are tenanted to maintain a vibrant street life.

As illustrated by the success of their community interventions, WHEDco is an exemplary community development corporation. Through our equivalent housing associations and providers, Australia is beginning to experience similar success with wider community engagement. A great example is Women’s Property Initiatives, which has established Australia’s first full-service, social enterprise real estate agency. More of this to come please! 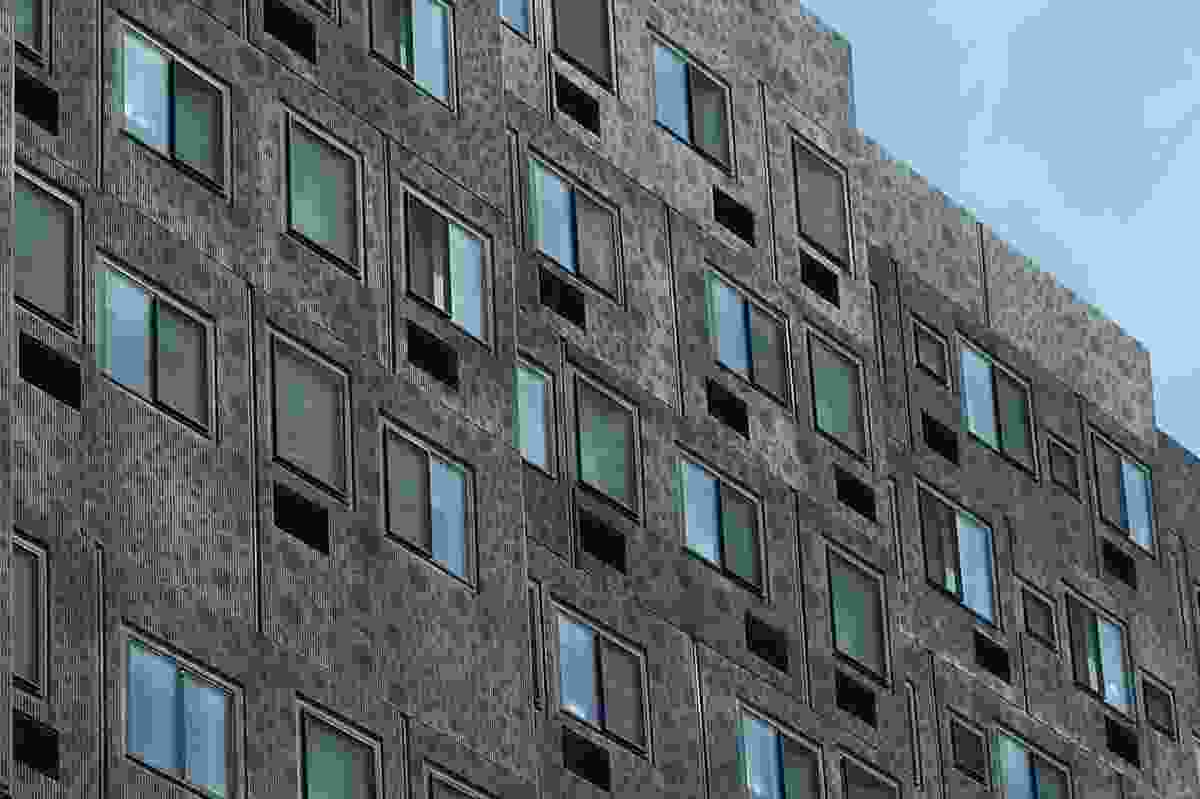