The Metropolitan Redevelopment Authority in Perth has released designs of a twin-tower development at Elizabeth Quay for public comment.

The tower complex is designed by New York-based practice REX Architecture and developed by Brookfield Property Partners. It will occupy lots 5 and 6 in the Elizabeth Quay development precinct, which is bound by The Esplanade, Enchantress Way, Duchess Way and Geoffrey Bolton Avenue.

The two towers comprising the Perth+ complex will reach 19 and 54 storeys (86.5 and 220 metres) respectively, incorporating 15,000 square metres of office space across the two towers, as well as 220 luxury apartments. The taller of the two towers will include a 220-room hotel.

The proposal also includes cafe, restaurant and retail spaces on the ground floor across both towers and a public plaza to the south of the buildings, fronting The Landing and the Elizabeth Quay inlet.

The taller tower to the west will have a cantilevering “plus”-shaped section inset into the tower’s vertical volume. Described by the architects as the tower’s “glowing heart,” this three-level section will contain publicly-accessible amenities including restaurants, bars, a ballroom, a gym and meeting facilities.

The height of the second tower is aligned with the top of the “plus.” Between the two towers will be a 22.3-metre-wide open-air, landscaped pedestrian space traversing the area between The Esplanade and Geoffrey Bolton Avenue.

The facades of both buildings will be made of a unitized aluminium curtain wall.

The designs are currently on exhibition for public comment until 14 June as part of the proponents’ application for in-principle development approval. View the proposal here.

REX Architecture is headed by Joshua Prince-Ramus who was founding partner of OMA New York, which was rebranded as REX Architecture in 2006. The practice’s best known works include the Seattle Central Library.

Perth+ is one of a number of privately developed sites within the Elizabeth Quay precinct, masterplanned by ARM Architecture. Other developments in the area include: 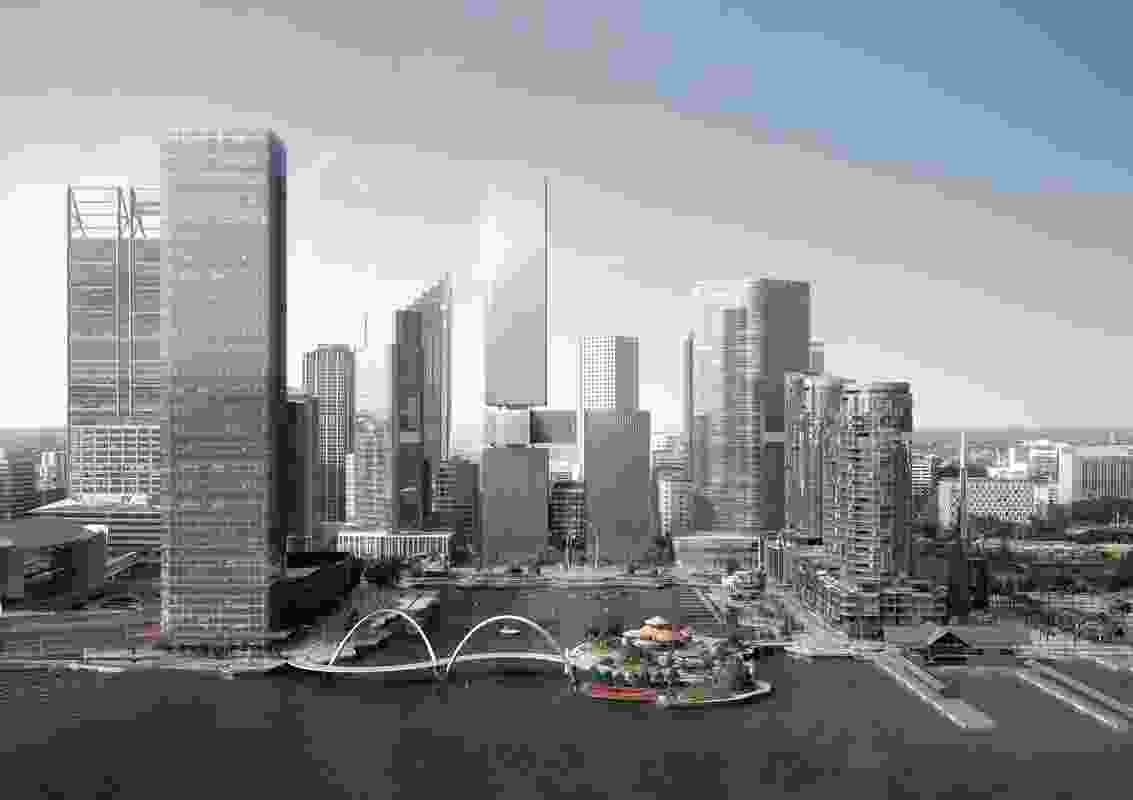 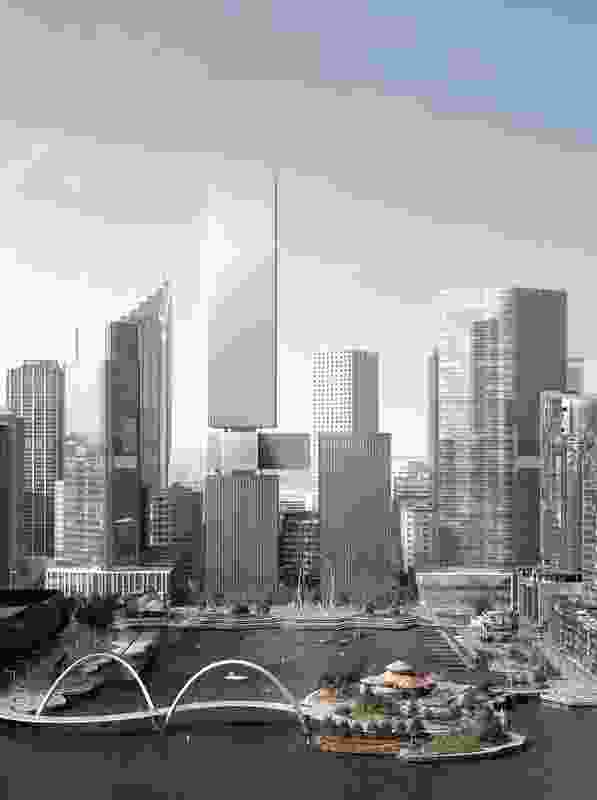 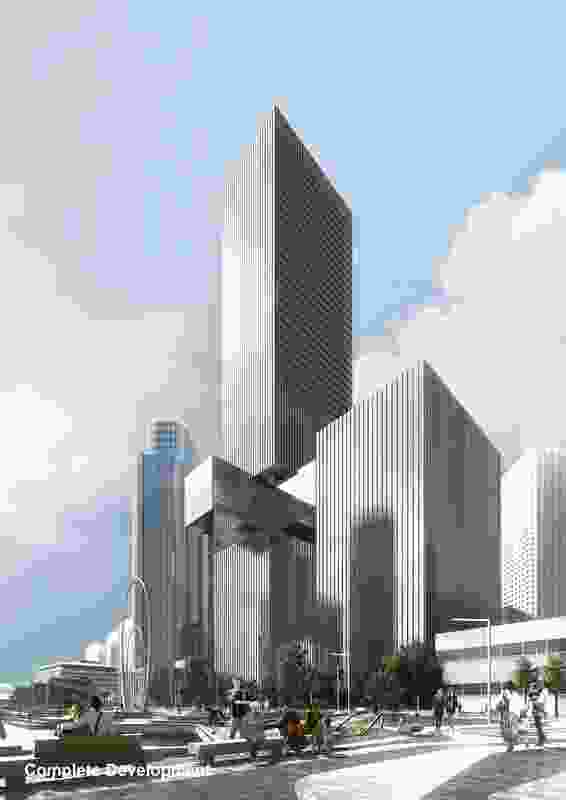 The Perth+ proposal by REX Architecture includes a 19-storey tower and a 54-storey tower. 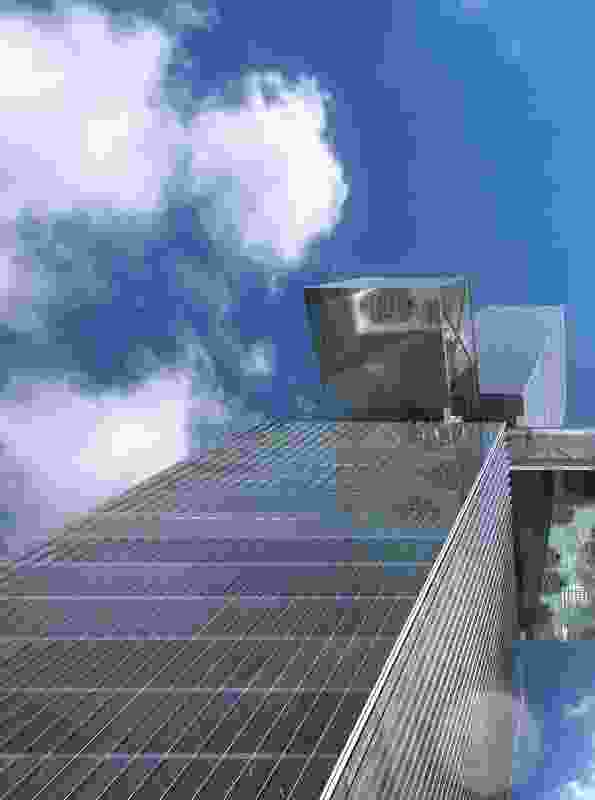 A “plus”-shaped section bisects the taller tower of Perth+ by REX Architecture. 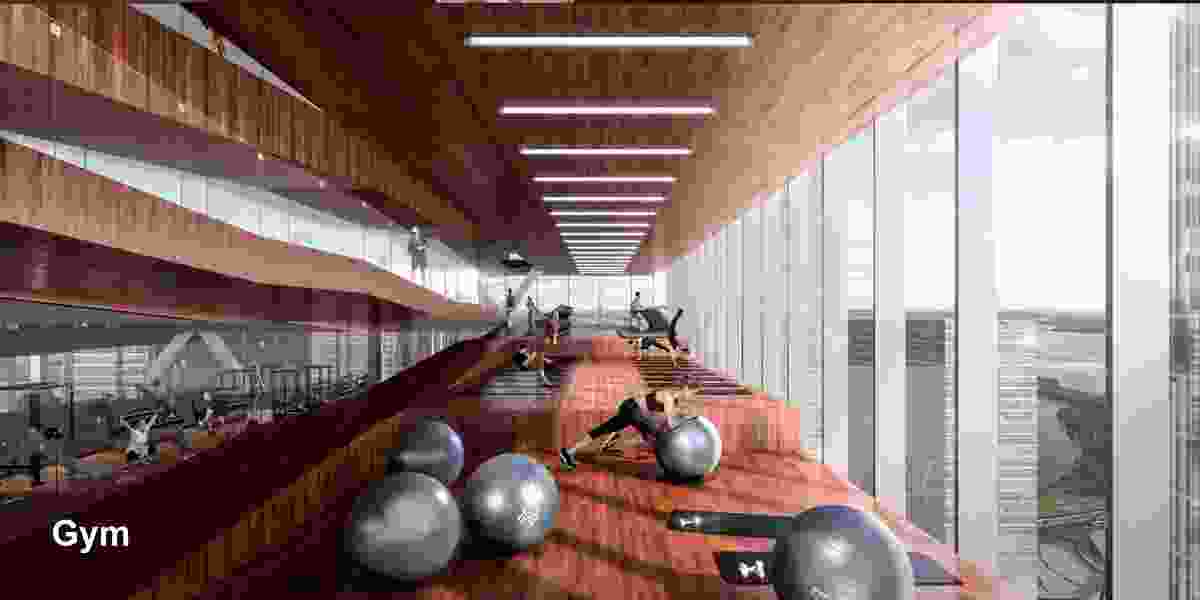 A gymnasium in the proposed Perth+ development by REX Architecture. 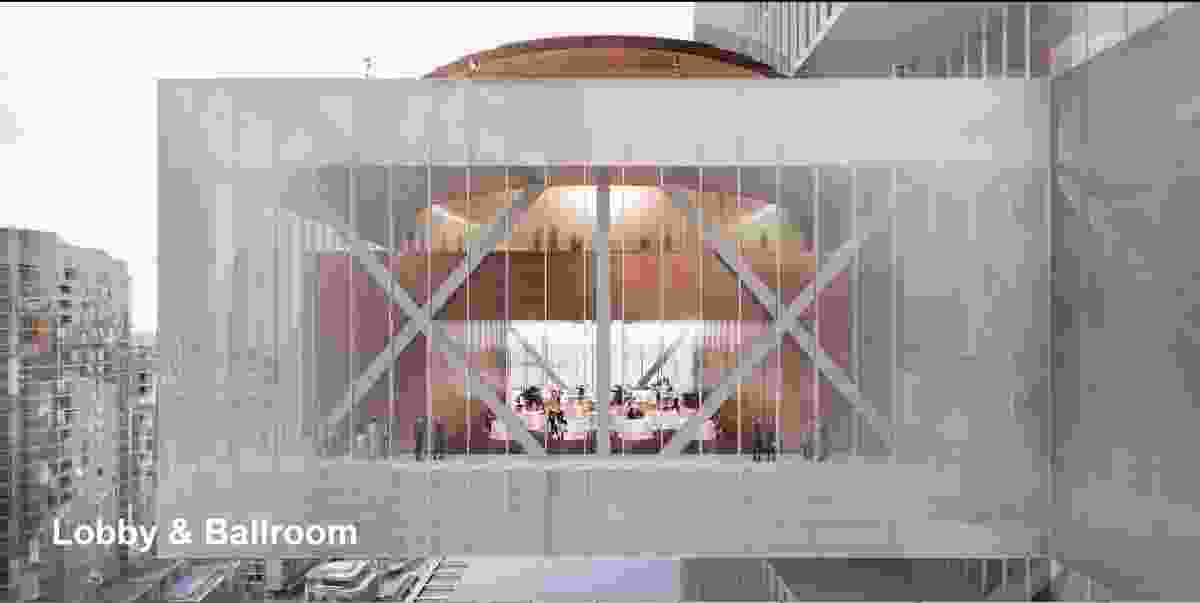 A lobby and ballroom in the proposed Perth+ development by REX Architecture.

Meeting rooms in the proposed Perth+ development by REX Architecture.