News and nuance from the November 2011 issue of Architecture Australia

Image: The Australian Institute of Architects

The announcement of a competition for the design of a new Australian pavilion for the Venice Biennale in 2015 generated significant chatter across the architectural media. In 2011 we surveyed newspaper articles, tweets, posts and archived print material about the biennale; below is a snapshot of this feed.

Remember, average length of time a person spends in a Biennale is just over 2 mins. Design for short attention spans!

Although just the size of an average house at 320sq m, with a 7m height restriction the pavilion has a history of igniting passion.
—Michaela Boland, The Australian, 1 August 2011.

Remember, average length of time a person spends in a Biennale is just over 2 mins. Design for short attention spans!
—MT Jeremytill (Jeremy Till) via Twitter.

After 750 architects signed a petition calling for an open competition and consultations with the Australian Institute of Architects, the Australia Council has announced a new tack. An “open’’ competition will be launched this month. The catch, to some at least, is that it’s open only to Australian architects with experience designing a public art gallery and working internationally.
—Ray Edgar, The Sydney Morning Herald, 1 August 2011.

The institute [Australian Institute of Architects] is actively providing advice to the Australia Council, based on our established competition guidelines, to assist in the process of selecting an architect and design for the new pavilion … The first stage will be an open expression of interest from Australian architects including collaborative proposals that address defined selection criteria. The second stage will involve preparation of designs by those short-listed from the first stage submissions, in response to a detailed brief and site specific requirements.
—David Parken, Chief Executive Officer, Australian Institute of Architects, press release, 10 August 2011.

The Scandinavians who procured a most beautiful pavilion back in 1962 through an international competition – Sverre Fehn has left a legacy that is timeless and resonates Nordic values.
—Mano Ponnambalam, Australian Design Review, 26 June 2011.

Edmond and Corrigan’s unbuilt scheme for the Australian Pavilion (1982) is of critical historical significance to Australia’s presence at the Venice Biennale. It represents the first serious overture to Italian authorities for such a pavilion and, ironically, was derived not from a government initiative but from an Italian-Australian migrant wanting to give something back to his homeland. Sydney businessman and art patron Franco Belgiorno-Nettis (founder of Transfield) took Peter Corrigan to Venice.
—Philip Goad, Architecture Australia, Nov/Dec 2007.

There is a meanness of spirit in Australia that continually stands in the way of younger architects getting a chance to show their skills on public projects.

Mr Mordant says: “The noise around ‘start with design and then deal with credentials’ doesn’t actually cut the mustard at all with me. The government who own the site and the private sector donors who are putting up the money for the redevelopment will only want to work with someone who can deliver the project. This has to start with the credentials and then go on to the design, not the other way around.”
—Ray Edgar, The Age, 30 July 2011.

There is a meanness of spirit in Australia that continually stands in the way of younger architects getting a chance to show their skills on public projects. The resistance of the Australia Council and the Australian commissioner for the 2013 Venice Biennale, Simon Mordant, to truly open up the selection process for Australia’s new pavilion is the antithesis of what the Venice Biennale stands for: the avant-garde and promoting new artistic trends.
—Andrew Nimmo, Lahznimmo Architects, The Brisbane Times, 2 August 2011.

Whether an open or closed call there are broader questions as well. There is a feeling in contemporary art that the age of the national pavilion at the Venice Biennale has passed. Nations gave their pavilions to other nations this year and other critical strategies aimed against the Biennale’s structure were staged.
—Oliver Watts, Director, Chalk Horse Gallery, via email, 12 August 2011.

It is not hard to feel that this important cultural destination and facility, as a representation of Australia, has been hijacked by a select group of “arts philanthropists” who are dictating the terms and conditions of the replacement for the Pavilion. Well be it that Simon Mordant has been designated as Australia’s Venice Commissioner for 2013, and as such he has provided energy and even financial support for a new Australia Pavilion.
—Donald L. Bates, LAB architecture studio, Open letter, 3 August 2011.

News and nuance from the November 2011 issue of Architecture Australia 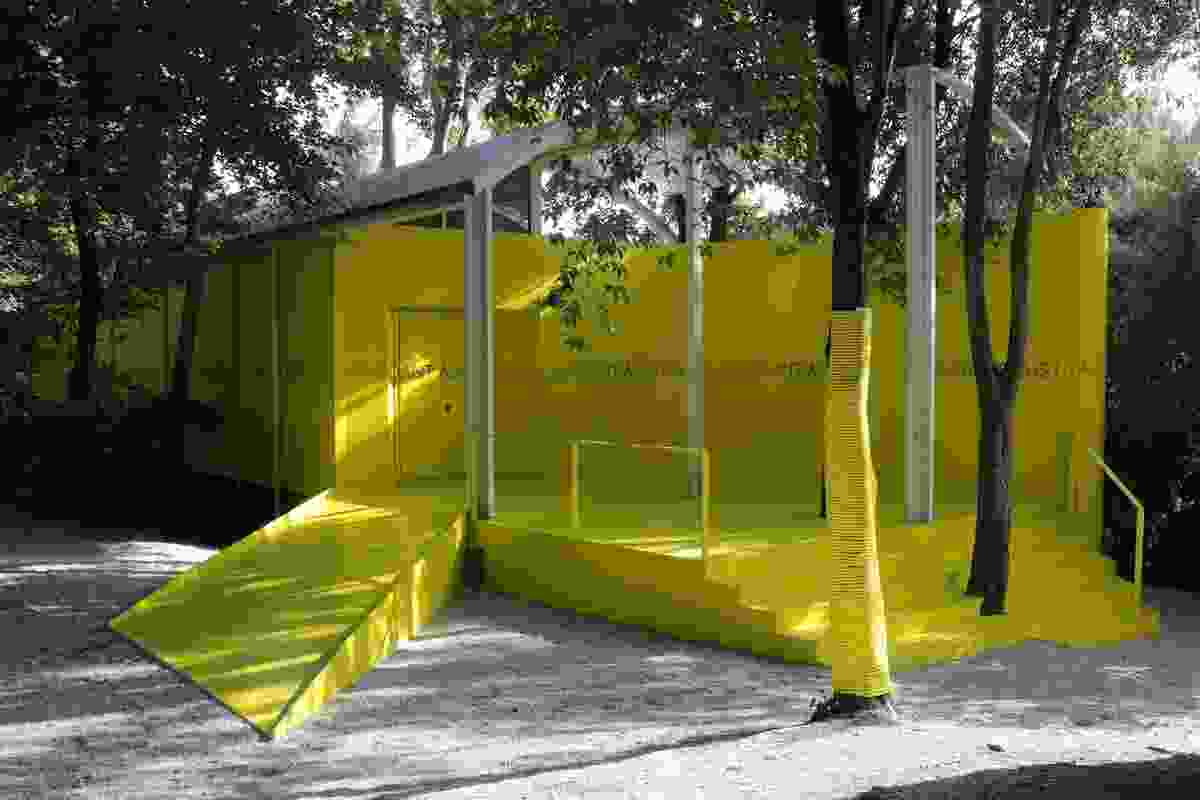 Image: The Australian Institute of Architects