John Wardle Architects’ ‘I Dips Me Lid’, the inaugural commission for the NGV’s Ephemeral Architecture program.

The National Gallery of Victoria has launched an annual architecture commission for a temporary outdoor installation over Melbourne’s spring and summer periods.

Dubbed the Commission for Ephemeral Architecture, the initiative will give emerging and established architects an opportunity to design an innovative outdoor structure that serves as shade, shelter and a place for performance in the NGV International’s garden.

John Wardle Architects (JWA) have designed the inaugural commission, which is due to open in September 2015. JWA’s proposed installation, pictured above, is entitled I Dips Me Lid and takes inspiration from the nearby Sidney Myer Music Bowl.

As John Wardle describes, “CJ Dennis commented on the opening of the Sydney Harbour Bridge in 1932 in the form of a poem, I Dips Me Lid. In this spirit, we ‘dips our lids’ to the Sidney Myer Music Bowl - to the formal and structural inventiveness of Melbourne’s architecture from last century and this one.”

JWA used parametric design techniques to design what will be a lightweight timber structure with generous spans. Beneath the timber supports, folds of pink cloth will give visitors a sense of being immersed in a singular space.

Future Ephemeral Architecture commissions will be selected through an open call for submissions in July of each year. Applications are open to Australian architects and designers or international practices working in collaboration with a local partner. The NGV plans to select one project from these submissions to be implemented in September of the following year.

Melbourne will now enjoy two temporary Spring/Summer pavilions, in close proximity to one another, as the Commission for Ephemeral Architecture comes hot on the heels of the launch of the MPavilion in October 2014. 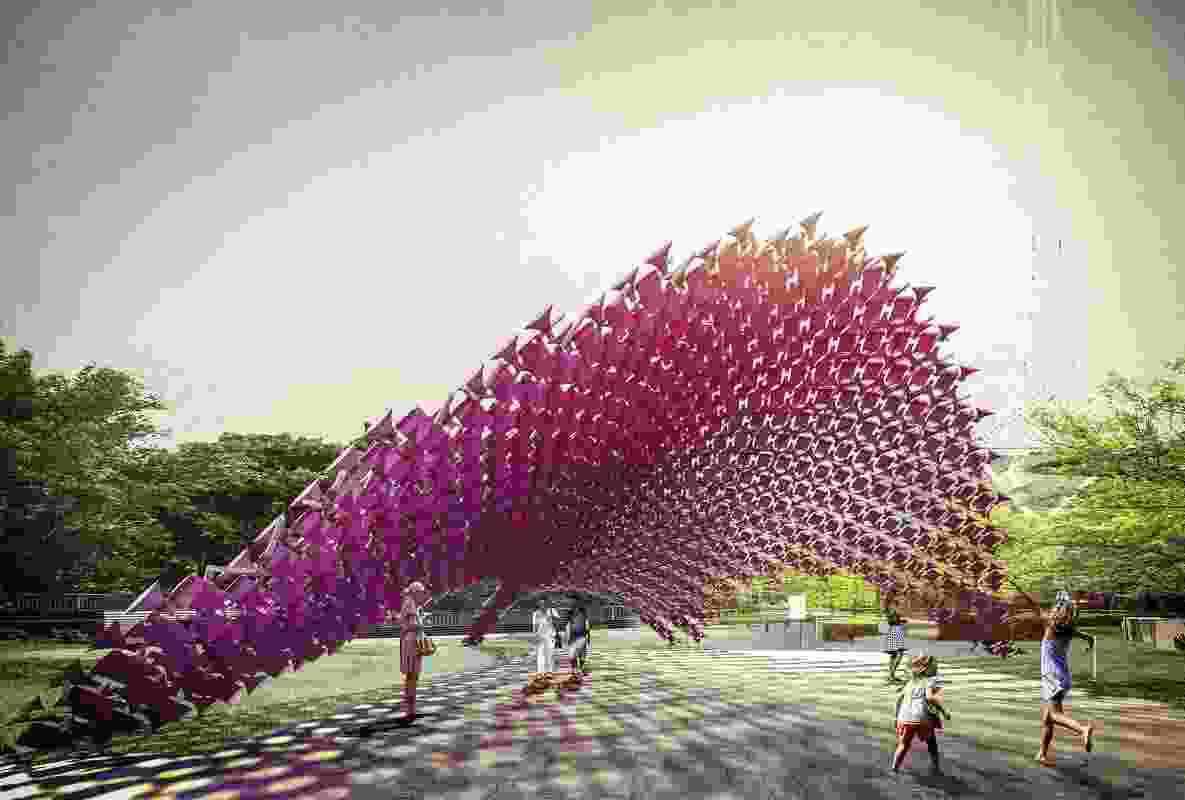 John Wardle Architects’ ‘I Dips Me Lid’, the inaugural commission for the NGV’s Ephemeral Architecture program.