Each residential project by NMBW Architecture Studio is a carefully considered design response that turns the ordinary into something special.

Entering the grounds of NMBW’s Brunswick East House feels like stumbling into a miniature Arcadia. The project is not what you’d expect to find behind the average seven-foot fence in inner-suburban Melbourne: it is replete with burbling chooks, lushly vegetated garden beds and expansive brick paving that is more farmyard than front yard. But if the idyllic traits of the grounds are unexpected, the restrained quality of the architecture is just as surprising.

Draped around the shoulders of the site with the easy familiarity of an old friend, the building seems content to play a supporting role to the generous personality of its courtyard companion – despite the obvious temptation to stretch out into all of this hard to come by space. Much of the architecture is in fact a partial reconstruction and refurbishment of a pre-existing brick structure: a horse stable that sat on the site for decades.

This is a direct manifestation of the importance NMBW places on working with “specificity,” whereby found conditions are not only preserved, but also celebrated in the development of designs. Not that you would say that the architecture of NMBW is mute or passive – it is far from it.

Another thing that strikes you as you enter the courtyard of the Brunswick East House is the bold, rectilinear form of the brick chimney. Sitting on the building’s northernmost edge, a few paces shy of the centre of the site, the chimney marks the threshold between the interior space of the kitchen and the exterior space of the courtyard. It provides support for the roof of the new addition and thermal mass for the kitchen, and serves as an exterior hearth for the courtyard, which in effect becomes the house’s second living area – a communal space shared with the cottage on the site’s western boundary. Sculptural in appearance, symbolic in effect and pragmatic in function, the chimney is an emphatic gesture that serves to tie the site’s potentially disparate elements together.

The chimney is a reflection of a process of “crystallization,” whereby the more prosaic aspects of inhabitation are concentrated into one material or design move. It is a consistent feature of the practice’s work …

The chimney is a reflection of what NMBW’s Marika Neustupny describes as a process of “crystallization,” whereby concerns with specificity and the more prosaic aspects of inhabitation are concentrated into one material or design move. It is a consistent feature of the practice’s work, lending it a taut quality that could otherwise read as raw minimalism, or simply a pragmatic response to budgetary constraints.

The practice is accustomed to working with lean budgets, and much like a good sauce, this is a reduction that enriches the outcome. “It’s about paring it back, but it’s also about revealing and expressing it,” Marika explains. “By stripping back to just the essentials, you can see more of what it is.”

One of NMBW’s more well-known projects is Elwood House, which was featured on the cover of the July/August 2008 edition of Architecture Australia. This house is as much a singular expression of complex conditions as any of the practice’s works. It is also a perfect embodiment of NMBW’s belief, as the practice’s Lucinda Mclean puts it, in “thinking about what’s beyond the site, and giving as well as taking.”

The project sits alongside Elwood Canal in Melbourne’s south and is an extension to an existing Arts and Crafts-style residence and addition. Taking formal cues from the private fencing that lines the footpaths on either side of the canal, the practice has created a zero-setback, two-storey building clad in timber palings.

While the building sits hard up against its boundary, this imposition is balanced by the fact that a portion of the property has become, in effect, public domain: the undercroft carport is also open to the canal.

While the new building sits hard up against its boundary, this imposition is balanced by the fact that a portion of the property has become, in effect, public domain: the undercroft carport is also open to the canal. Meanwhile, NMBW has designed the lapped timber fence to allow views into and out of the property, and from and to the canal, further agitating the dichotomy between public and private.

NMBW’s Nigel Bertram says the practice’s main interests are architecture’s relationship to the urban, and its responsibility to address the prosaic, but no less important, requirements of everyday life. NMBW’s Curlewis House, for example, responds to the prevailing built pattern of the coastal homesteads in the general area, even while attempting to ameliorate some of this settlement’s negative effects – most especially, erosion.

A piled foundation system incorporating suspended floor slabs was used, ensuring run-off from the surrounding landscape could flow unimpeded through the site, without being dammed by the building. In keeping with NMBW’s methodology, this initial response to site went on to inform the construction approach and material palette for the entire building.

Internal concrete block walls and polished concrete screed provide surfaces and structure, a toughness that recycled timber joinery and limed plywood sheet help soften. While the material palette is no-nonsense, it has been deployed with a careful consideration for the quiet domestic pleasures a site such as this can offer – generous window seats for contemplation and a spatial organization that offers ample opportunity to appreciate the surrounding landscape.

As part of our interview, Nigel Bertram took me on a tour of the area surrounding the practice’s studio. Coincidentally, the neighbourhood – Fitzroy – is also home to NMBW’s multi-award-winning Fitzroy Apartments. The townhouse apartments in the glamorously elegant building of finely crafted steelwork sit above an arcade of bluestone offcuts, mirrored glass and a vaulted, limed ply ceiling. It is, as you would expect, highly singular – or, at least, it appears as such.

The townhouse apartments in the glamorously elegant building of finely crafted steelwork sit above an arcade of bluestone offcuts, mirrored glass and a vaulted, limed ply ceiling.

Clearly delighting in his neighbourhood’s eclecticism, Nigel took me on a tour of mechanics workshops, Victorian terraces and 1970s offices, culminating in a visit to a building so familiar as to be utterly banal – a walk-up apartment complex with understorey car parking. It was here that he made an observation that could be said to crystallize NMBW’s philosophy.

Assessing the building, he said, “You see? Change things slightly, and you’d have Fitzroy Apartments.” And indeed, if you swapped the bluestone arcade and mirrored glass of Fitzroy Apartments for the concrete columns and exposed car parking of the walk-up complex, it would be for all intents and purposes the same building. In the Fitzroy Apartments, as in all of its projects, NMBW has put the prosaic and the pragmatic to work. And in making them work hard, NMBW turns the ordinary into something extraordinary. 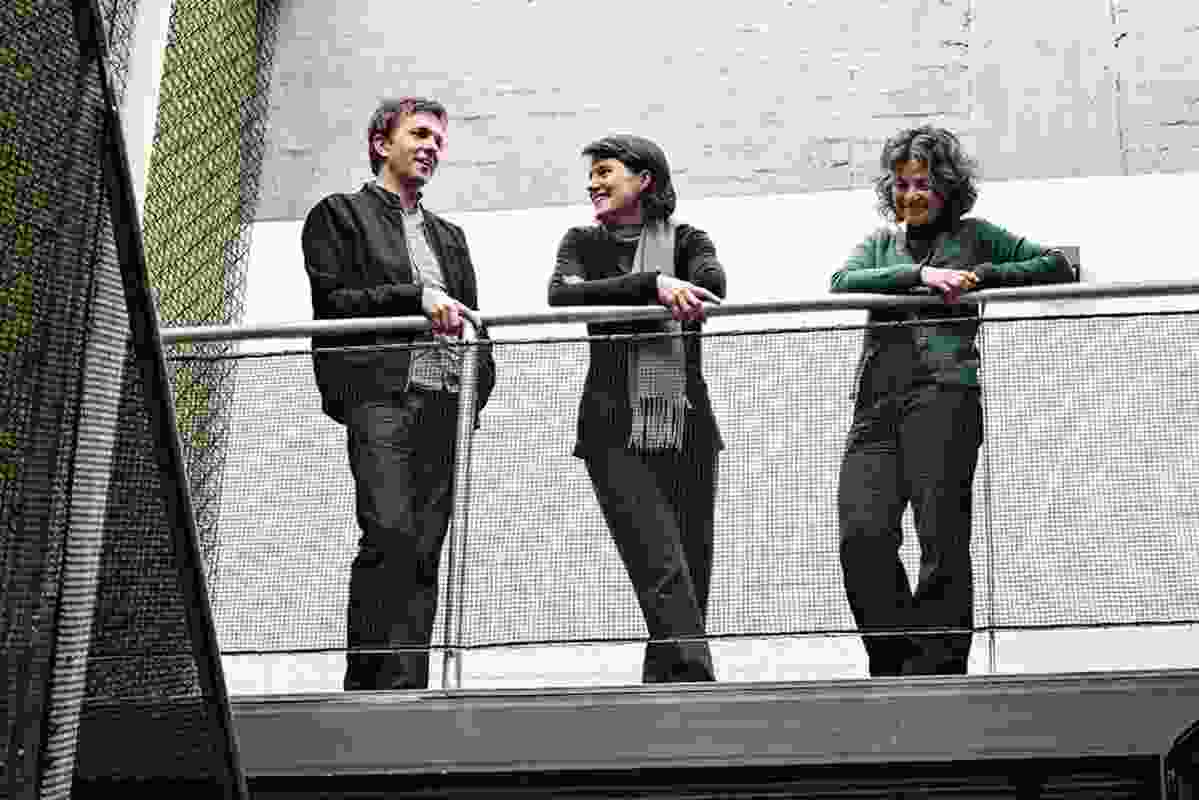 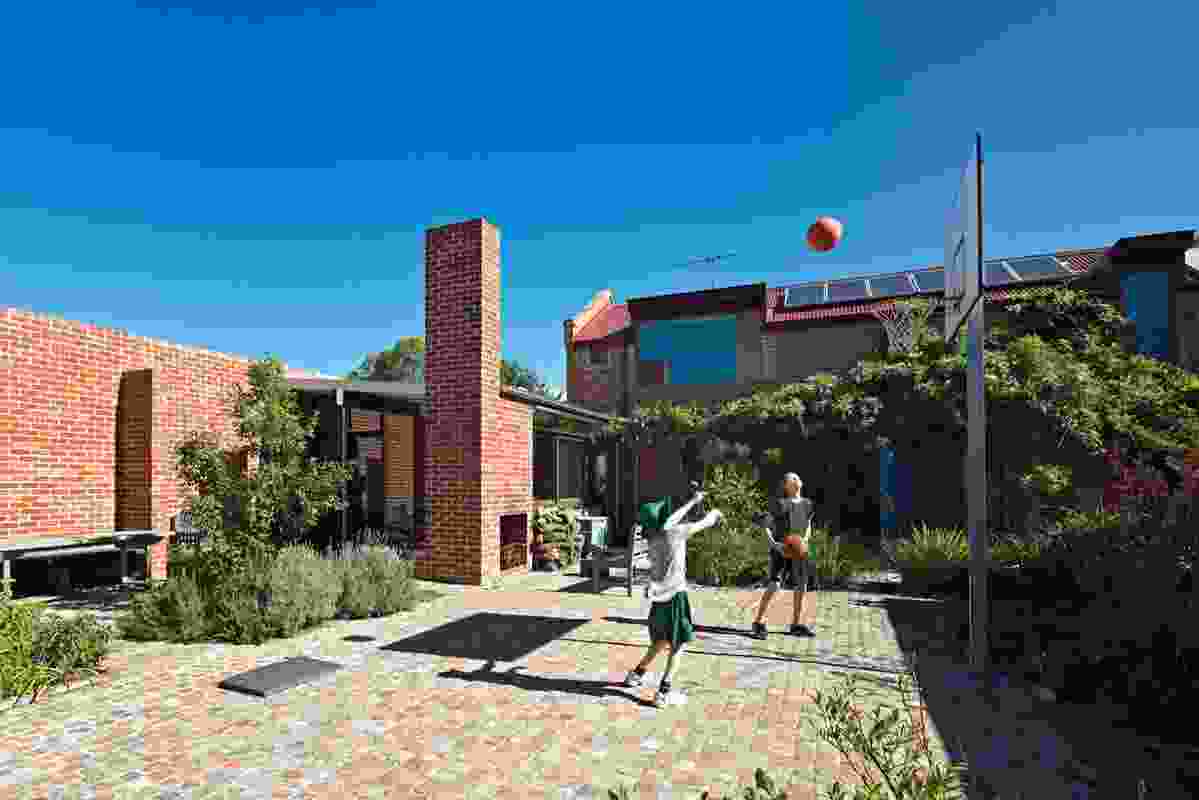 Brunswick East House: The brick chimney marks the threshold between interior and exterior. 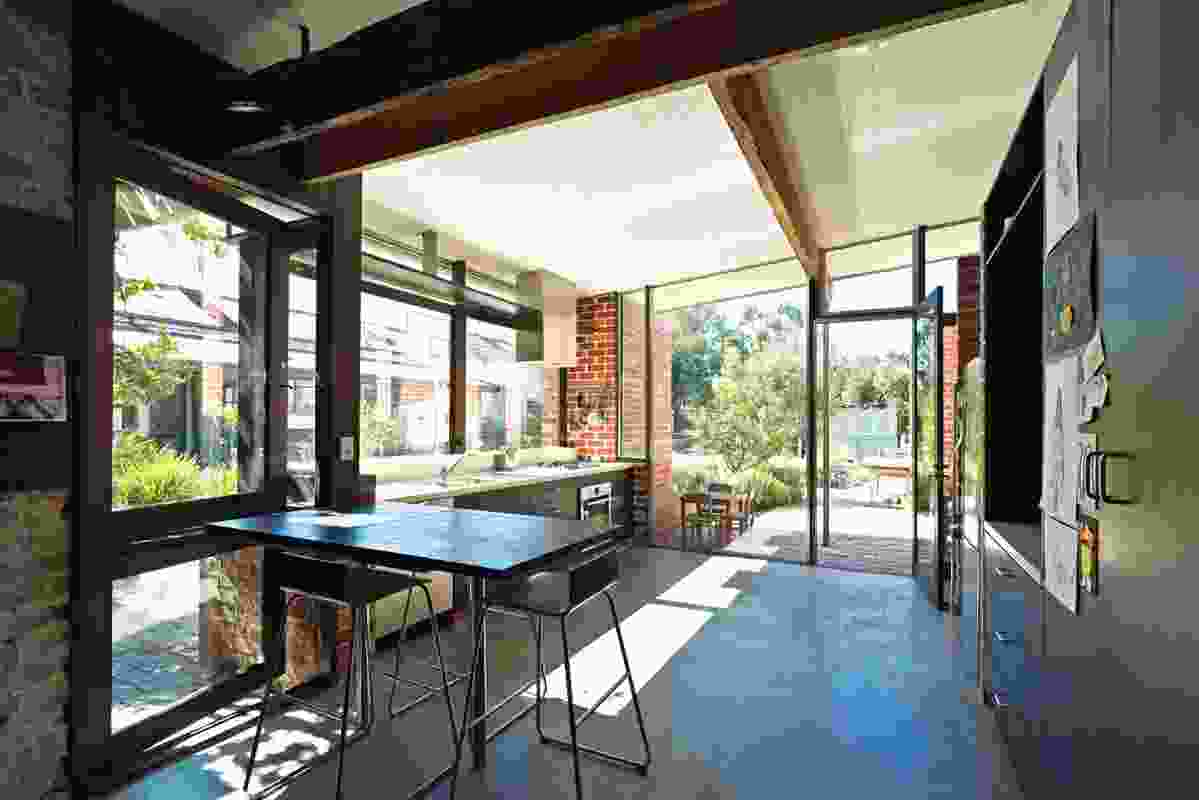 Brunswick East House: The kitchen extends out to the courtyard. 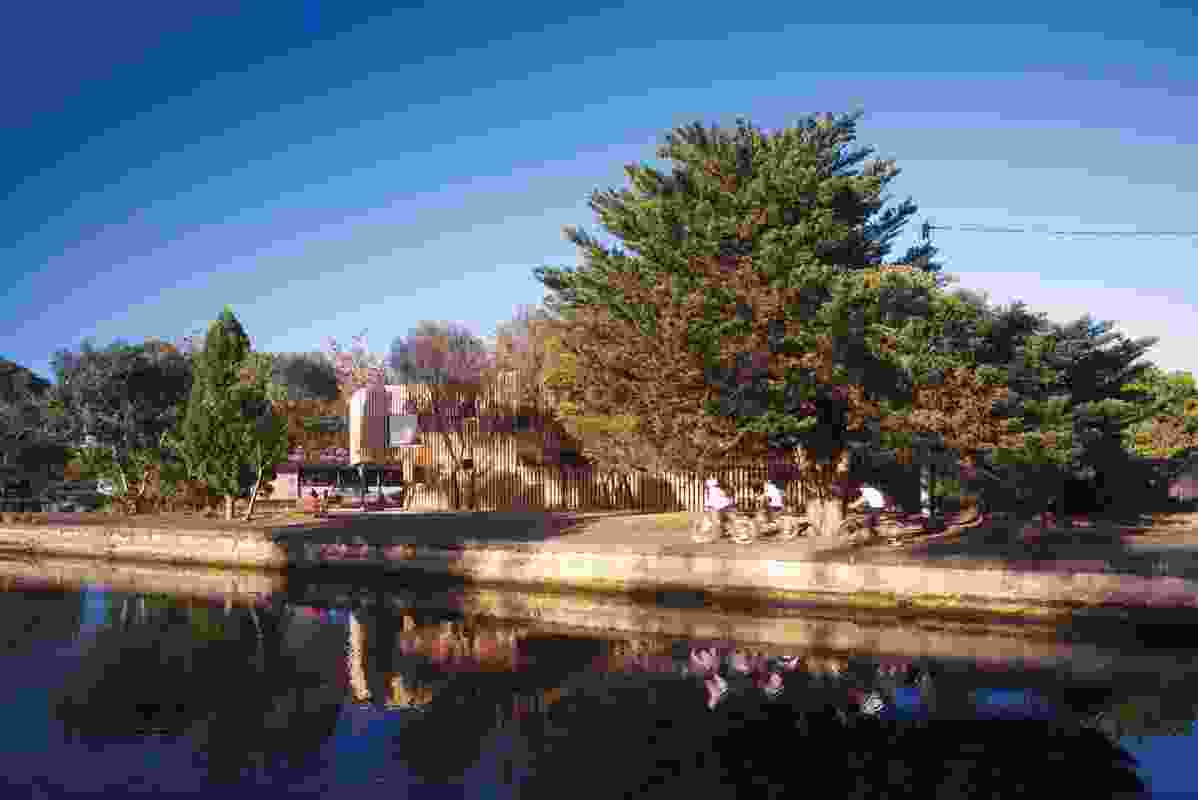 Elwood House: A portion of the property is given up to pedestrian circulation. 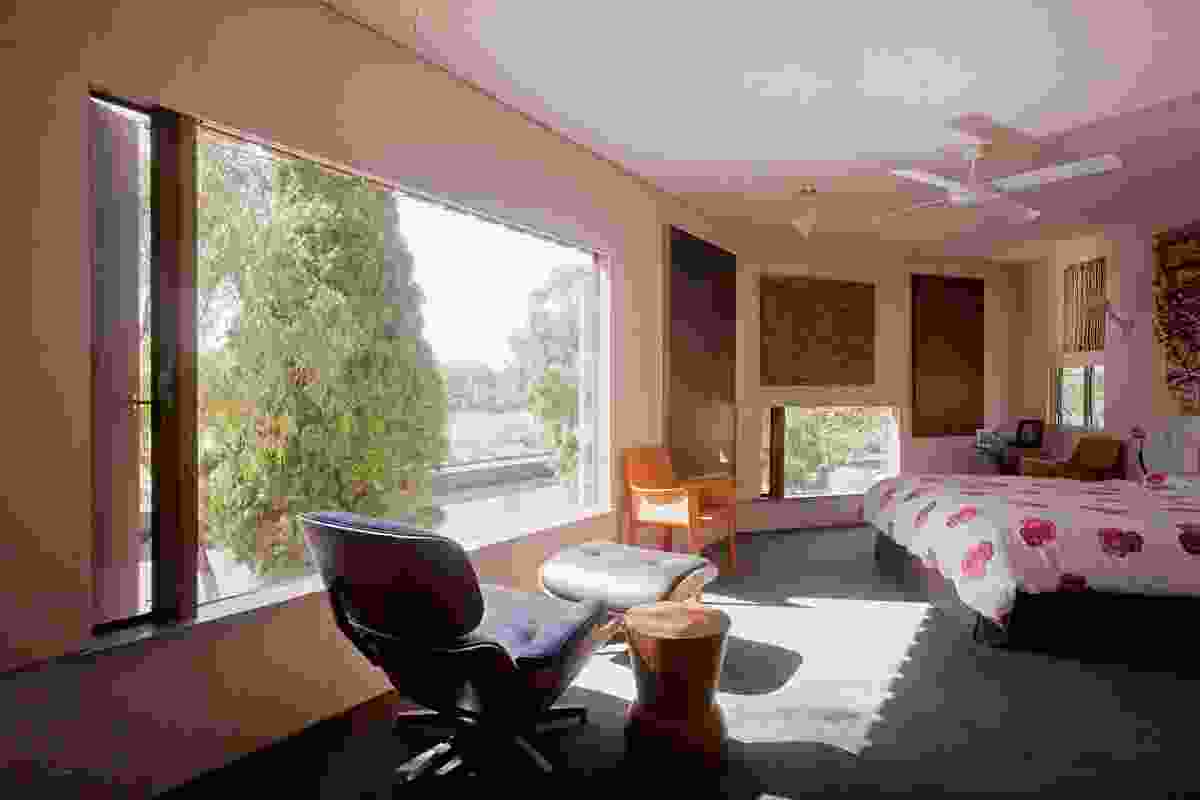 Elwood House: The main bedroom extends out to views along the canal. 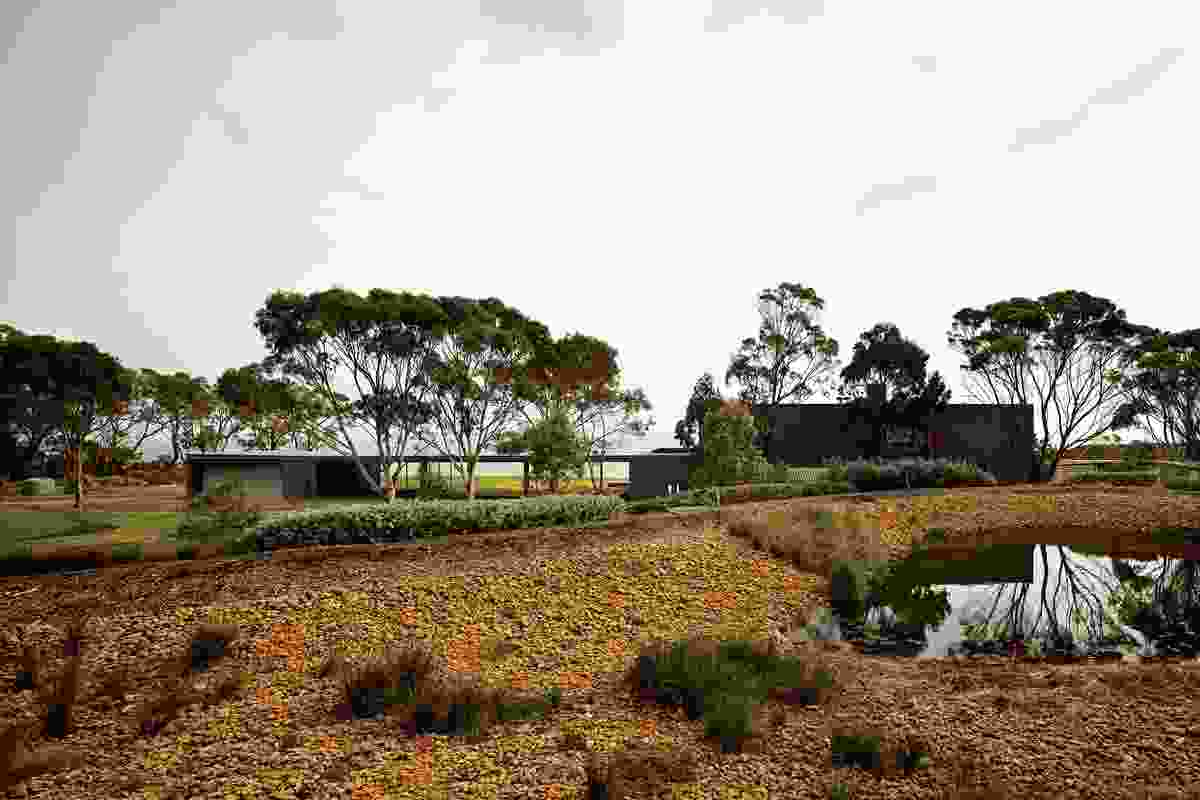 The Curlewis House: Responds to the built pattern of the area’s coastal homesteads. 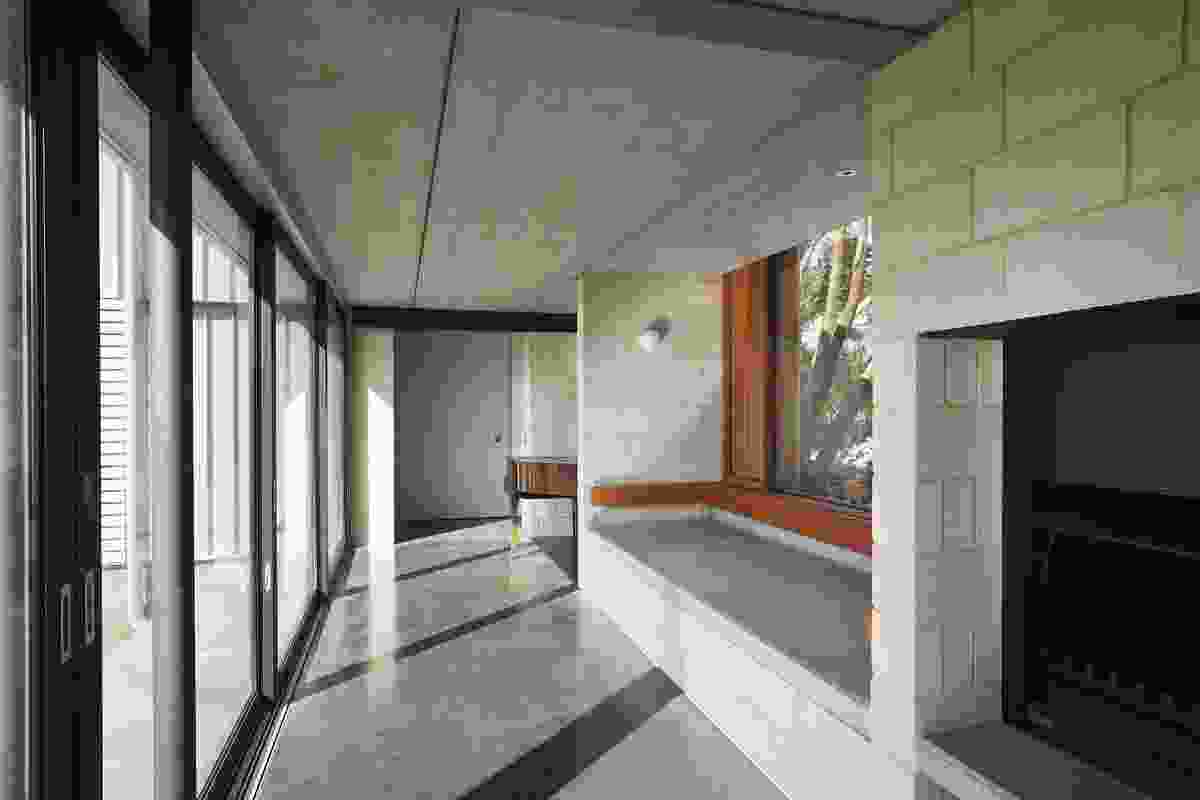 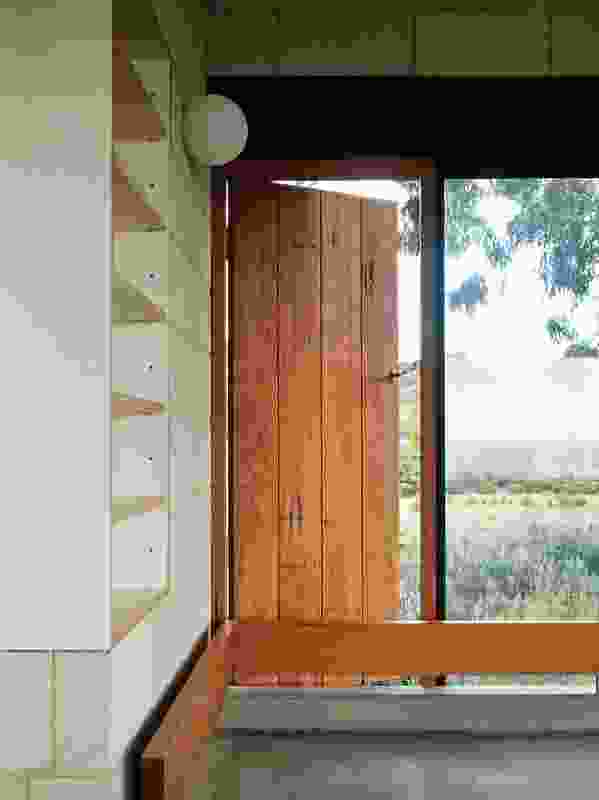 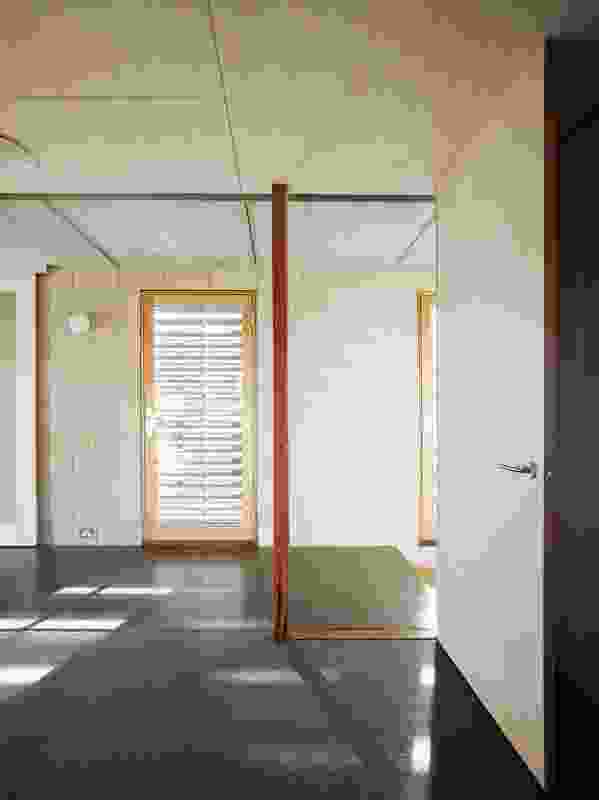 Curlewis House: A glazed wall divides the circulation space from the bedrooms. 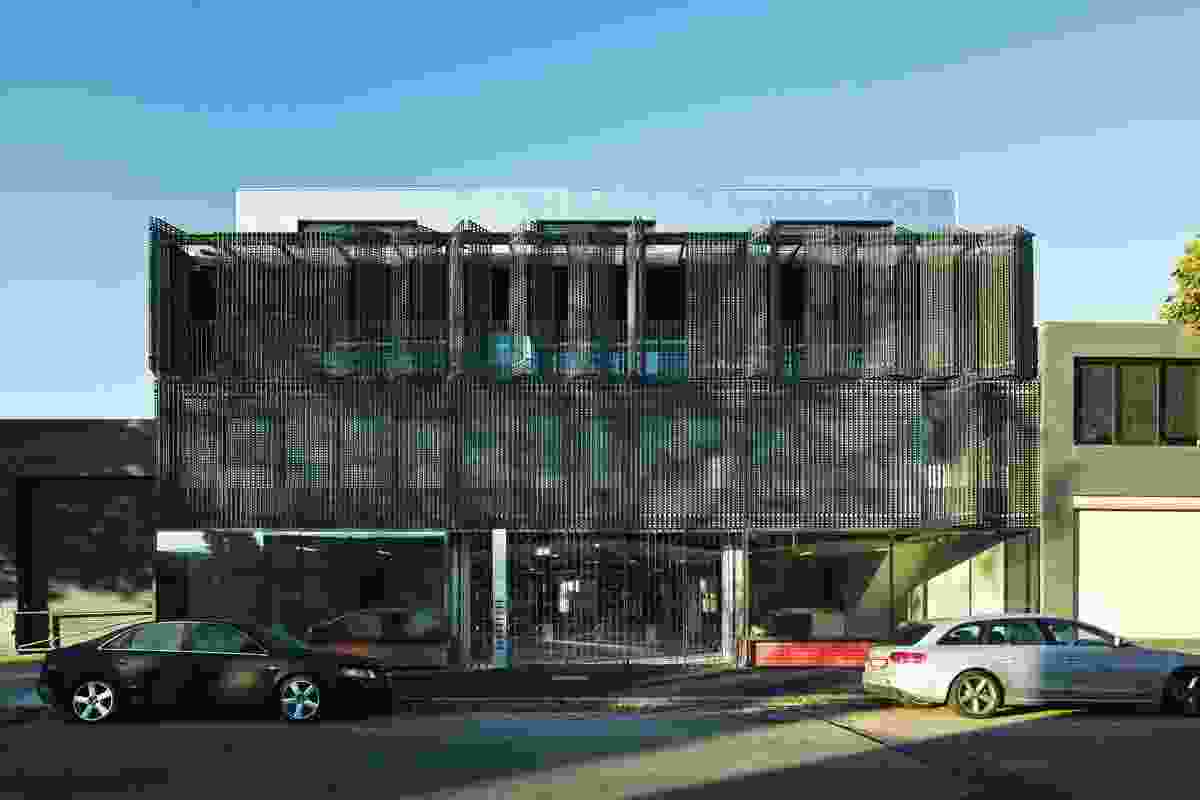 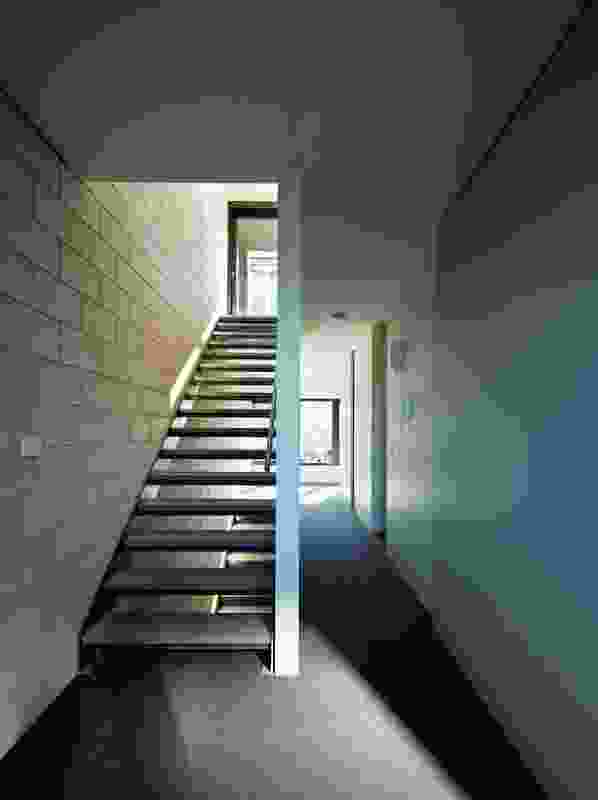 Fitzroy Apartments: The interiors have neutral material and colour palettes. 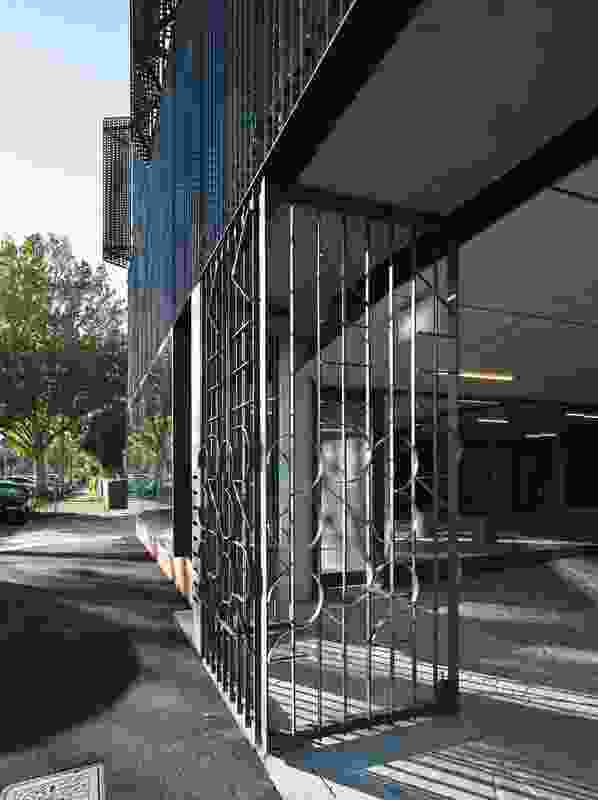