The fate of the second Nightingale housing project, located in Fairfield, Melbourne, will be decided at the Victorian Civil and Administrative Tribunal (VCAT) after a group of local residents lodged an appeal to a City of Darebin decision to grant the apartment development a planning permit.

Designed by Six Degrees Architects and supported by Hip V. Hype, the development proposes 20 residences contained in a five-storey building – four one-bedroom, twelve two-bedroom and four three-bedroom apartments. Similar to the first iteration of the Nightingale model of sustainable, ethical development, which was designed by Breathe Architecture, Nightingale 2.0 is situated adjacent to a railway station and will have no car parking. Instead, it will provide two to three bicycle parks for each apartment, totalling 46 spaces, and a green travel plan to facilitate public transport use and membership of a car-share scheme, which is endorsed by the council.

The development is proposed for a site at the corner of Railway Place and Station Street in Fairfield. It was the subject of heated debate in a meeting of the council on 23 May 2016. The councillors voted five to four in support of the project with the deciding vote cast by the mayor, Vince Fontana.

The objectors have lodged an appeal on the grounds that the development “is out of scale,” “detracts from the heritage place,” has a “total absence of car parking provision,” will overshadow “public spaces” in the adjacent street, “has poor residential amenity,” and will “impact the pedestrian traffic in the area.”

The issues raised by the objectors were previously considered in the council planning officers’ report, prior to the council meeting in May, which had recommended to support Nightingale’s planning application.

The report stated: “The preferred character for the area is four- to five-storey developments that present a ‘robust’ urban form and are of high architectural quality. This development achieves both of these.”

The report noted a pre-existing planning permit for a five-storey commercial development on the site with a building envelope reaching 19.2 metres in height. The proposed height of Nightingale 2.0 is marginally taller at 19.47 metres. Both proposals have an additional rooftop structure.

“The height and scale of the proposed [apartment development] is not unprecedented for the site and Fairfield Activity Centre,” the report found. It also noted six developments within 300 metres of Nightingale 2.0 – proposed, under construction and complete – which are of similar height and scale. Five of those developments were issued a planning permit at the direction of a VCAT order.

The objectors raised concerns that “the proposed building will cast a shadow on the public spaces in Railway Place.” However, the planning officers’ report found that “overshadowing is limited to the footpath and road to the south” and noted that “there is no public square or parks nearby that would be impacted upon.”

The report also found: “the proposal is consistent with state and local policies as the heritage significance of this heritage place will be enhanced through the location of an appropriate building, which is an innovative and contemporary insertion into the landscape, and does not negatively impact with the heritage character of nearby building.”

The objectors also take issue with “total lack of car parking provision.” In their report, the planning officers pointed to “Clause 52.06-6 of the Darebin Planning Scheme which expressly permits the Responsible Authority to reduce the number of car parking spaces required under Clause 52.06-5 down to zero.”

The planning officers’ report noted the pre-existing permit for the site “allowed a reduction of 40 car parking spaces as part of the approval.”

The officers also pointed to three recent VCAT decisions, where a waiver of car parking requirements was granted, but concluded that “further strategic work that provides greater level of certainty on car parking expectations in activity centres, and when a reduction to zero would be acceptable, would assist in the assessment of future applications.”

A date for the VCAT hearing to consider the appeal has not yet been set. 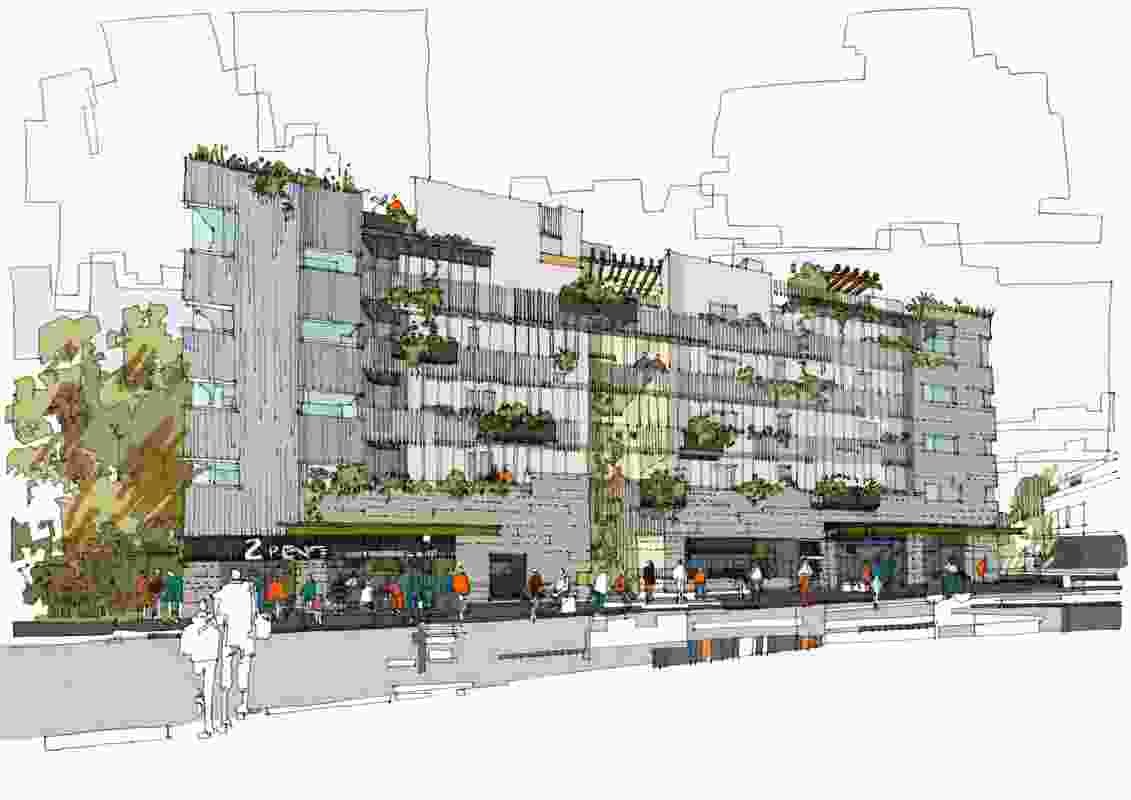