Not turning the corner

The framing of glass with fabricated steel is an ongoing experiment for John Wardle Architects.

The detail of City Hill House expands to a public scale at Melbourne Grammar School’s Nigel Peck Centre for Learning and Leadership.

The use of finely wrought steel as structure, fabric and element has spanned the life of our practice.

Pierre Chareau’s Maison de Verre was an early reference, as steel fabrication provided an articulate structural frame that supported all of the systems for enclosure and inhabitation. It is an enduring exposition of the craft of assembly.

Certainly the confidence gained through knowing the technical processes of fabrication and both the potential and limitations of the material have strengthened our ability to experiment. To do this we have sought close associations with many specialist fabricators.

The first of these, Greg Peter, referred to himself as a practical engineer. We met on a building site in my first year as a graduate architect working for Cocks and Carmichael. He could fabricate almost anything in metal, even constructing an aluminium aeroplane that he flew around Australia. The processes of folding, welding, profiling and extruding observed in his small factory became a fascination.

Most significantly, intense steel fabrication has become a continually developed detail for structurally glazed steel windows. The first project of significant scale for us in this regard was RMIT University’s International Centre of Graphic Technology completed in 1999 (in association with Demaine Partnership). This project explored the nature of extrusion as both a means of arranging programmatic use and an expression of its character in a series of sectional cuts along a linear plan arrangement. The most pronounced of these was, at its primary elevation, oriented toward the campus centre and exposed to view the complete working character of its interior, the profile of its enclosures and its enveloping structure and fabric. Constructed on an incredibly tight budget, the galvanized steel perimeter frame captured the glass, as planar system bolts were fixed to rather agricultural-looking folded galvanized tabs welded to the structural frame.

The Kew Residence (2000) further explored the potential of steel fabrication and structural glazing as an end enclosure for a primary elevation. Described as a “mannered cut,” the facade was set out of alignment with the longitudinal axis to exaggerate the width of enclosure and orient the glazing towards the south-east to reduce exposure to the setting summer sun. This strategy required a suite of variant steel details as the profiles changed to respond to a series of edge conditions. This was the first of a series of projects where glass was suspended from an upper level to overlay captive lower-level glazing. Reflections in the glass, broken by this shift in plane, suggested that the programmatic cut was not quite sheer after all.

In the City Hill House (2003) these ideas of a captive end condition to define enclosure were further refined. The detail section illustrated here was developed to resolve both the variance of the two levels and the character of the two flanking walls, one perpendicular and timber clad, the other set to curve and camber and clad with copper sheeting. We have always had an aversion to turning the corner. The steel window detail is typically thin in materiality and directional in nature. So rather than turning, the outer enclosure just continues on unabated, gently peeling back to the barest of margins. The glass end itself then appears to be unframed, unbounded, and its transparency, opacity or reflectivity is foregrounded. The minimal nature of the steel edge is emphasized in the evening as you see past its thin silhouette into the interior of a building, and again the theatre of use and occupation is exposed to view.

In the Melbourne Grammar School Nigel Peck Centre for Learning and Leadership (2007), the detail expanded experientially to respond to a building of far greater scale and an urban realm rich in heritage value. The competition brief suggested a transparent face for this campus-edge building so that it would engage with the broader community and expose the workings of new modes of learning experience. The irregular ashlar composition of the original basalt Victorian building immediately adjacent provided a reference as massive panels of glass were structurally glazed into an irregular pattern of steel frames, with the entire ninety-five-metre length suspended from the concrete primary frame. The distortions in plan that create a quilted effect enhance the oblique view experienced from the Domain Road frontage.

As our office shifts from the Melbourne CBD to the inner-city neighbourhood of Collingwood, a further development of this steel window framing detail is happening again. This move is another “not turning the corner.”

Not turning the corner 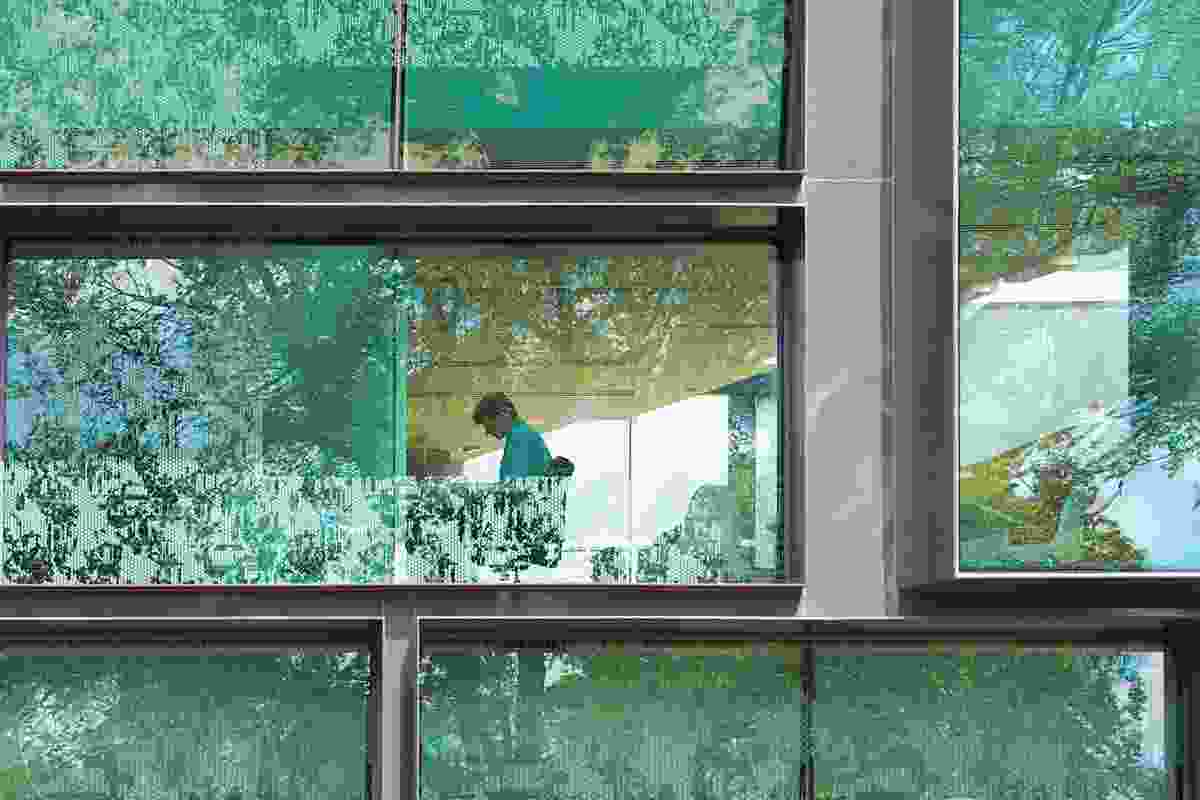 The detail of City Hill House expands to a public scale at Melbourne Grammar School’s Nigel Peck Centre for Learning and Leadership. 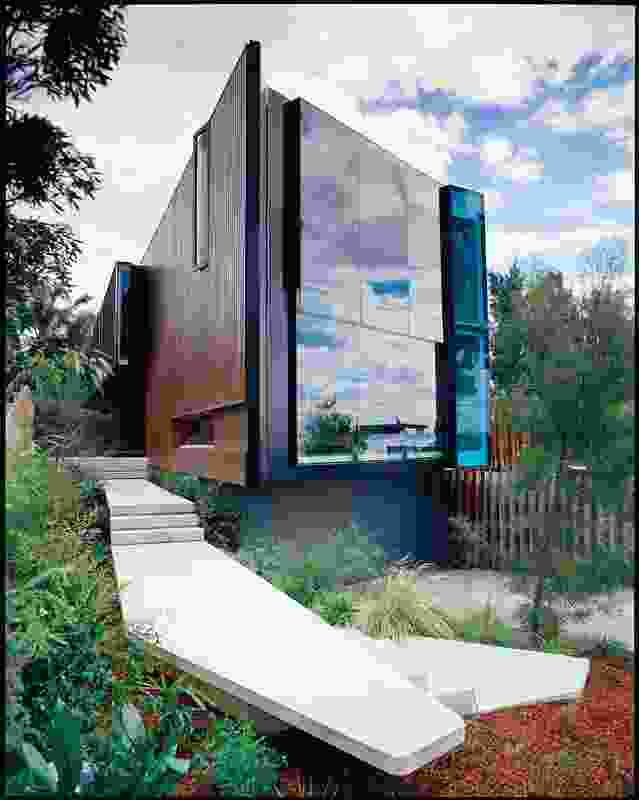