View looking towards the public park across Themeda Avenue.

A proposal for the development of government-owned land around an under-construction Sydney metro station would bring higher-density residential buildings to western Sydney.

The station is being built as the northern terminus of the Sydney Metro Northwest project, which is set to begin service in 2019. The proposal would see surplus government land around the station converted into a largely residential enclave, with an indicative residential yield of 1,100 dwellings flanking a 2,900-square-metre central park.

A reference design concept for the application has been completed by Bennett and Trimble. The architects envision an “active and walkable” neighbourhood centred on the station, with a road grid threaded with pedestrian and cycleways. Mixed-use facilities, such as retail, childcare, community and office spaces, would be concentrated around the station entrance and the public park.

Housing would be provided through two- to eight-storey buildings, with a range of housing types proposed, including “maisonettes and two-storey terraces to the lower levels of developments, and a range of apartment types on the upper levels.”

A design excellence report attached to the application says that the Government Architect of NSW (GANSW) “played an important role in project initiation, through guidance and recommendations, its prequalification scheme and through involvement in tender assessment.” The design was guided by an advisory Design Directorate, which included government architect Peter Poulet. 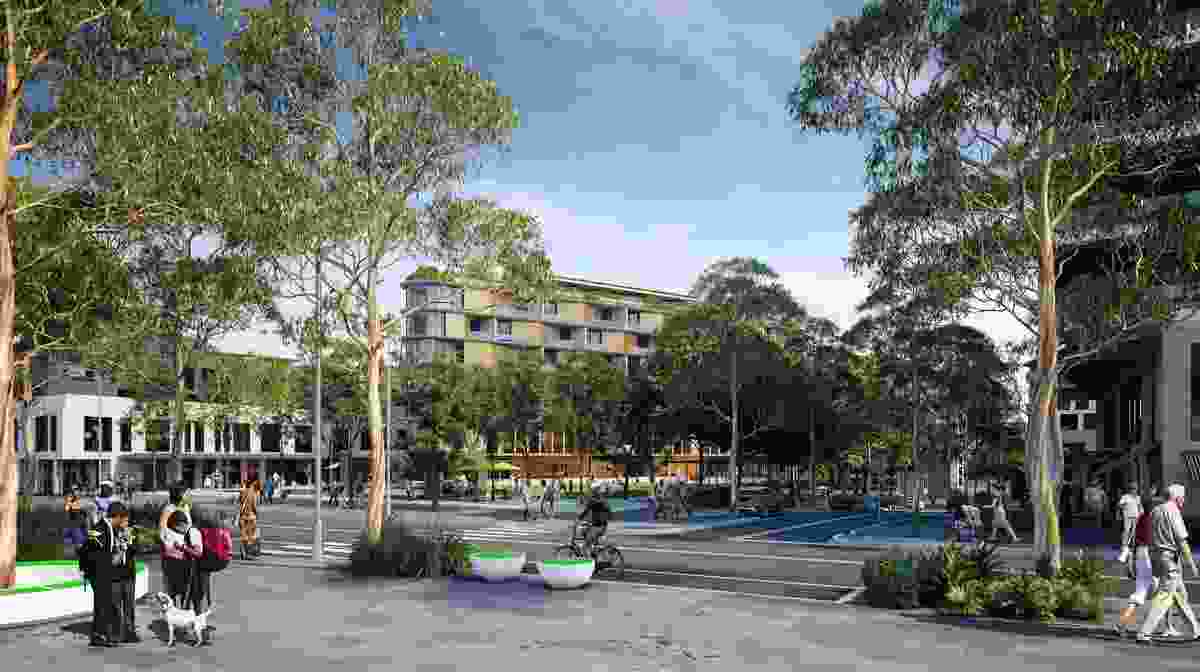 View looking towards the public park across Themeda Avenue. 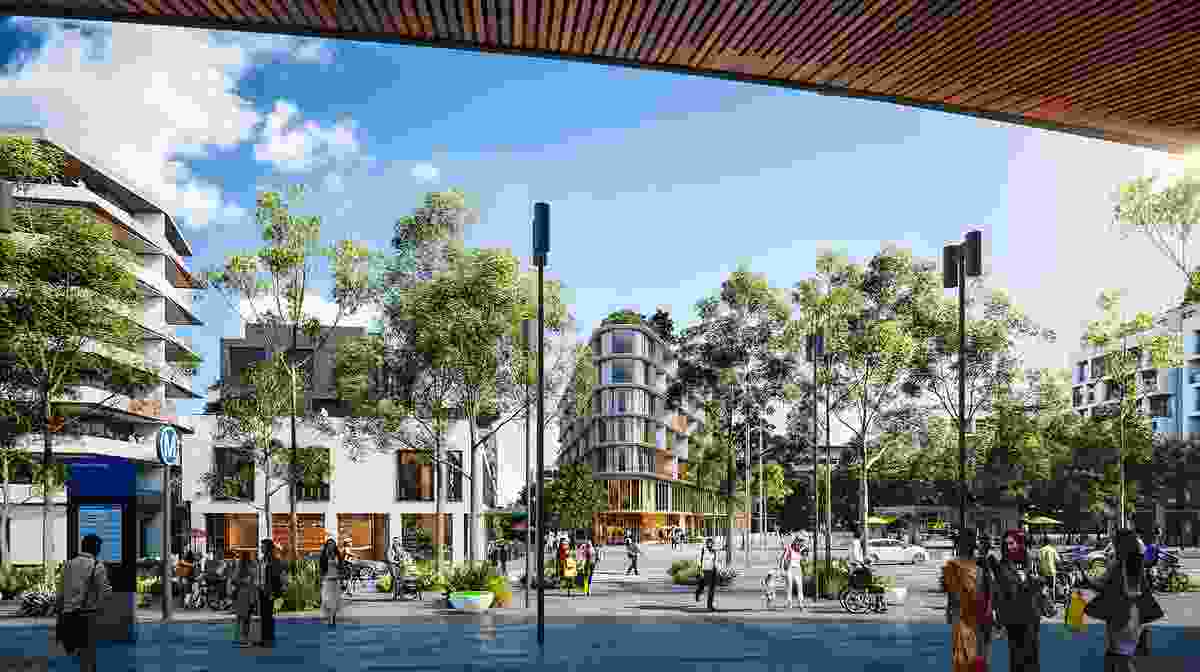 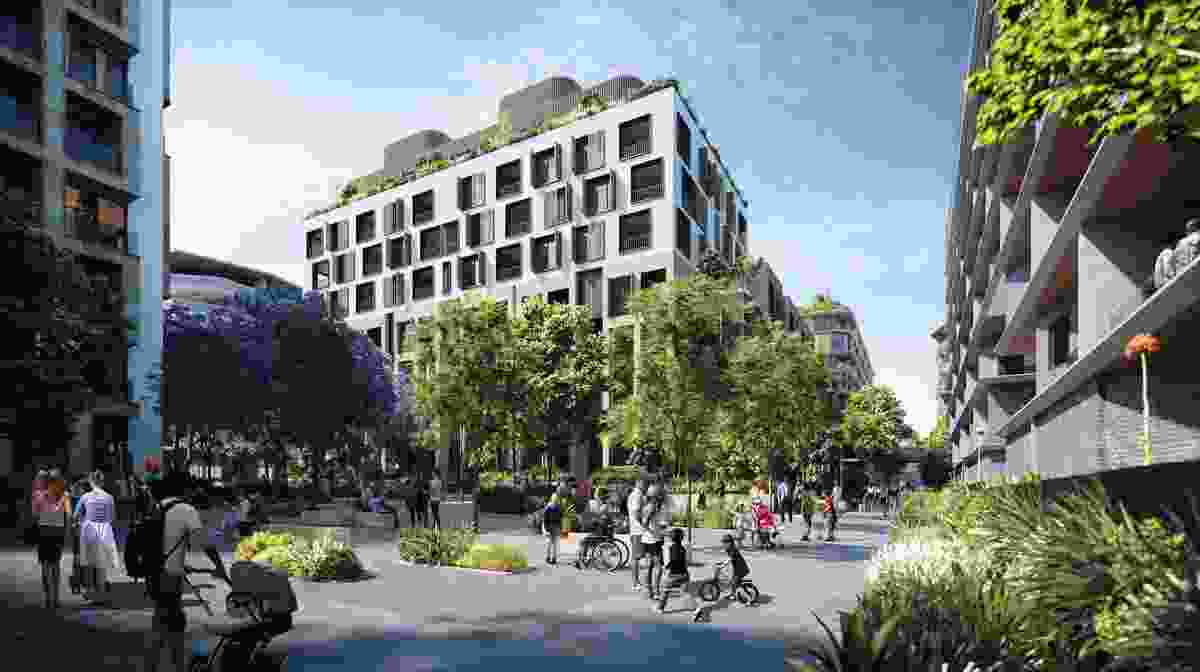 View looking north along the major pedestrian link that connects the Metro Station with the development and the adjacent suburb of The Ponds. 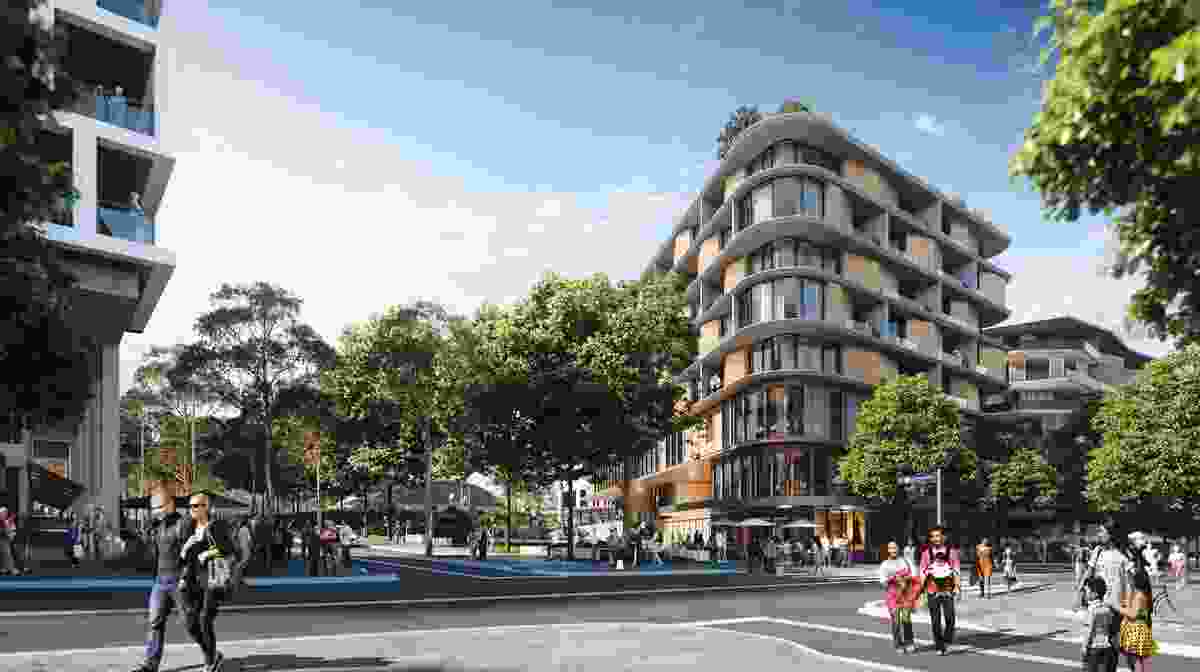 View looking across the public park from Conferta Avenue with the Metro station in the distance.