The design for a revitalized Victoria Theatre in Newcastle by Scott Carver Architects.

Theatre and live entertainment company Century Venues has lifted the curtain on designs for the revitalization of the oldest theatre building still standing in New South Wales.

The former Victoria Theatre on Perkins Street, in the heart of Newcastle, dates back to 1891. Its state heritage listing notes that it “represents an age of silent pictures, vaudeville and early legitimate theatre that no other building can offer in this state.”

Despite decades of neglect, it is relatively intact and, according to owner Century Venues, “imminently suited for revival as a major live performance venue.”

Scott Carver Architects has developed the design for the transformation of the building into a live performance venue, working to a brief to touch the building fabric as lightly as possible and preserve its heritage values. The design also seeks to “ensure the greatest functional flexibility, accessibility and amenity for artists and patrons alike.”

Century Venues executive director Greg Khoury said the design was a blueprint to reopen the building as a “fully compliant, working heritage theatre for the people of Newcastle and the Hunter.”

The owner estimates the full revival of the theatre will cost $11.5 million. He says the company has already invested $750,000 in the project and is willing to commit “significant” funds in the future, but it is also seeking funding help from the private sector, government and community groups.

“With the architectural vision realized with this DA, it is now time for public and private entities to come together and accelerate progress towards full revival of the oldest theatre in the state: The Mighty Victoria,” Khoury said.

Originally opened in 1879, Victoria Theatre was partially destroyed by fire and rebuilt in 1891 to a design by the architect James Henderson. It included seating for 1,700 people. Henderson furnished the three level auditorium in the neo-Grecian style, and designed a highly decorated Victorian facade finished in smooth and modelled stucco. During its construction, the Newcastle Morning Herald and Miners’ Advocate praised the progress of the theatre, noting that its opening would be “good news to the general public, as there has been no show to speak of in this city for the past six months.”

The paper said the new building would be a “fine theatre, and equal to any in Australia, with two exceptions.” 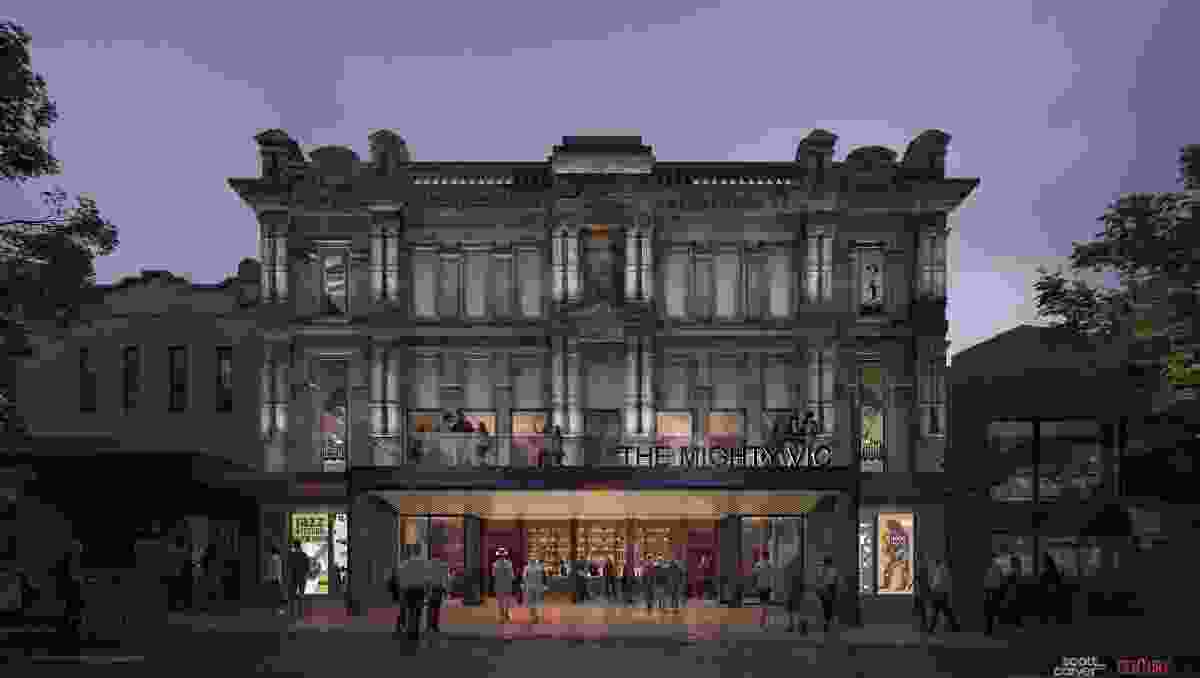 The design for a revitalized Victoria Theatre in Newcastle by Scott Carver Architects.