Washington Park in Chicago’s South Side (pictured centrally in the foreground) is one of two potential sites for the new Obama Presidential Centre.

The Barack Obama Foundation has released the names of seven architectural practices in the running to design the Obama Presidential Center in Chicago. The list includes three European practices and four from the US; only one of the US practices hails from Chicago, however, where the centre will be built.

All of the US practices bar John Ronan Architects, who are based in Chicago, operate primarily out of New York.

The Obama Foundation released a Request for Qualifications on 26 August of this year to design the Obama Presidential Centre, with a deadline of 16 September. The Foundation and its advisers reviewed and summarized the responses and made recommendations to President Barack Obama and the First Lady Michelle Obama.

The Obama Foundation expects the seven select architectural practices to submit their responses during the first quarter of 2016 with supporting visual material. Candidates will be asked to prepare responses for sites at both Chicago’s Jackson Park and Washington Park (pictured above).

The chosen architect will be responsible for designing the Obama Presidential Center, a facility that will include a library holding the Presidential archives, a museum focusing on the Obama Presidency and issues of our time, and space for programs and initiatives that advance the Foundation’s public mission of renewal and global progress. 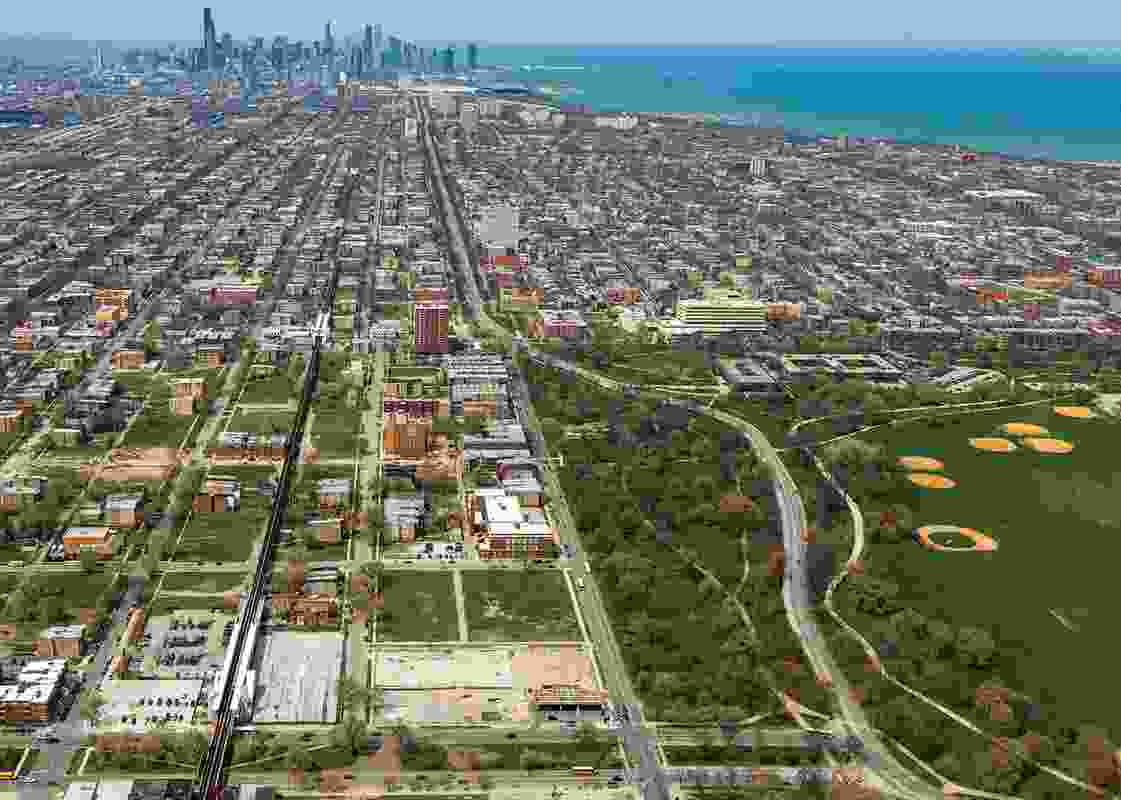 Washington Park in Chicago’s South Side (pictured centrally in the foreground) is one of two potential sites for the new Obama Presidential Centre.