The new $428.3-million, 23,000-square-metre museum will be four times the size of the existing museum. It will comprise 7,000 square metres of gallery spaces, including a 1,000 square-metre gallery space for temporary exhibitions, as well as retail and food and beverage outlets and opportunities to see scientists and curators at work.

The project will include the restoration of several heritage-listed buildings (the Old Gaol, Jubilee, Beaufort and Hackett buildings), which are part of the existing museum, situated within the Perth Cultural Centre. The project also includes a $1.8 million public art project and the $17.3 million Harry Butler Research Centre at the Museum’s Collections and Research Centre, Welshpool, which has been completed.

The heritage buildings will be integrated into the design of the new museum in intersecting forms.

“The design is based on the intersection of a horizontal and vertical loop creating large possibilities of curatorial strategies for both temporary and fixed exhibitions,” said David Gianotten, Managing Partner-Architect of OMA, and Mark Loughnan, Principal and Board Director of Hassell, in a joint statement.

A public outdoor room will occupy the centre of the new museum, which will be surrounded by the new and heritage buildings.

“Our vision for the design was to create spaces that promote engagement and collaboration, responding to the needs of the Museum and the community,” Gianotten and Loughnan continued.

“We want it to create a civic place for everyone, an interesting mix of heritage and contemporary architecture, that helps revitalize the Perth Cultural Centre while celebrating the culture of Western Australia on the world stage.”

WA Premier Colin Barnett said, “It is bold and distinctive, from the vast public plaza to spacious galleries that overlook the CBD and link with important heritage buildings.”

Culture and Arts Minister John Day added, “The architects have turned the museum concept inside out, a refreshing complement to the old museum’s combination of barred windows, bricked-in arches and high fences.

“In contrast, the new museum says ‘come on in’, starting with broad entry ways, expansive views and a golden band running around the exterior. This idea, like many in the design, was inspired by an item in the museum’s collections, in this case a geological specimen with a vein of gold.”

The Western Australian Government invited expressions of interest for a managing contractor in late 2014. The shortlisted consortia, which also included teams with Foster and Partners with Hames Sharley (led by John Holland) and Ateliers Jean Nouvel with Cameron Chisholm Nicol, and Parry and Rosenthal Architects (led by a joint venture of Doric Group and Tecnicas Reunidas), were announced in June 2015. Hassell, OMA and Brookfield Multiplex were appointed in April 2016. 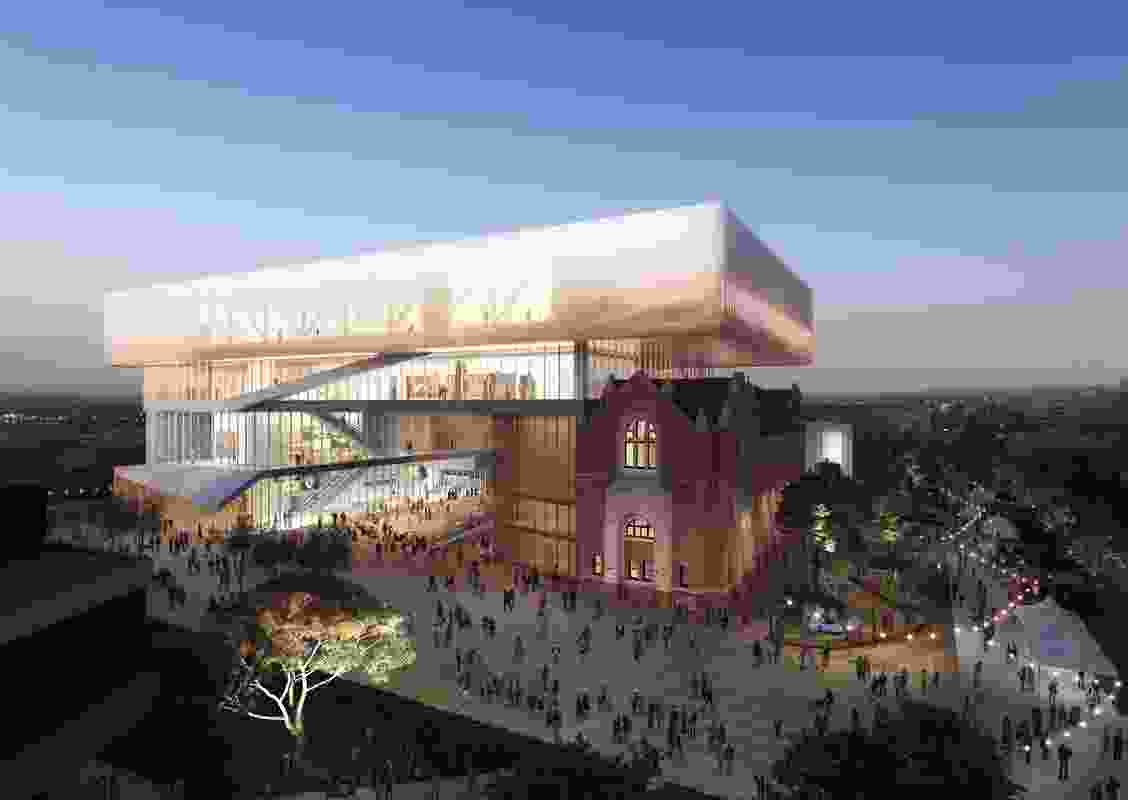 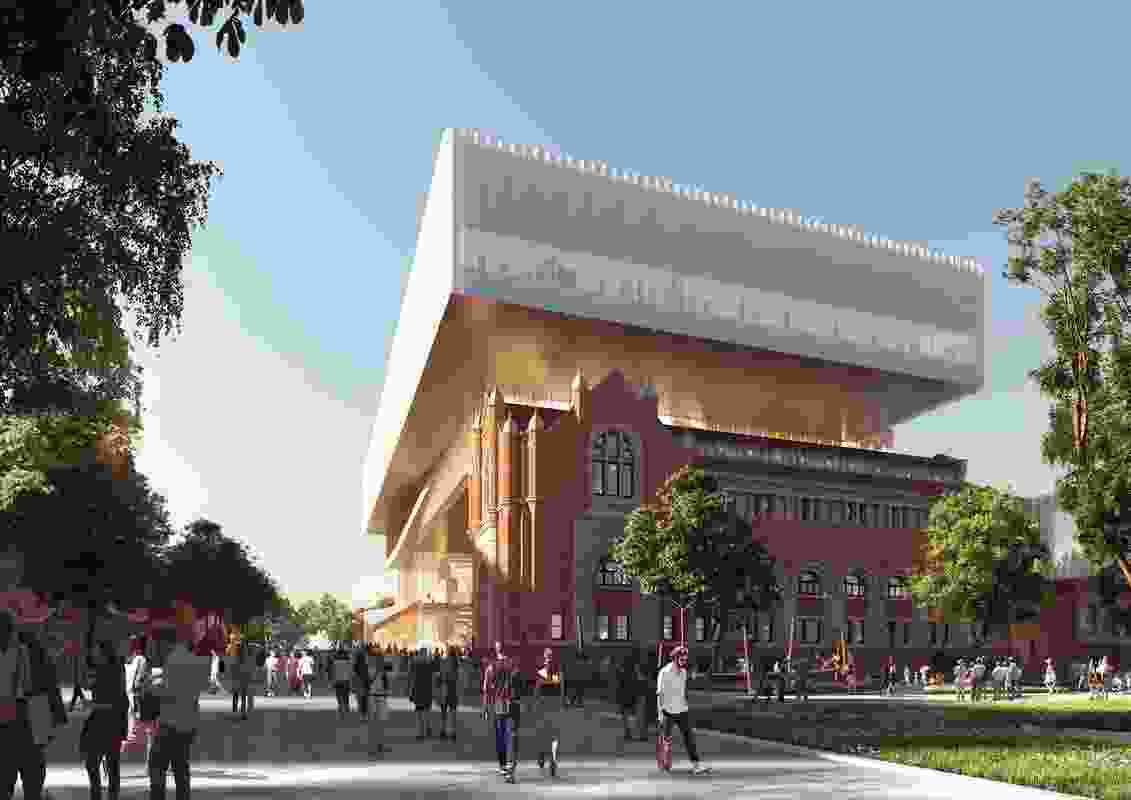 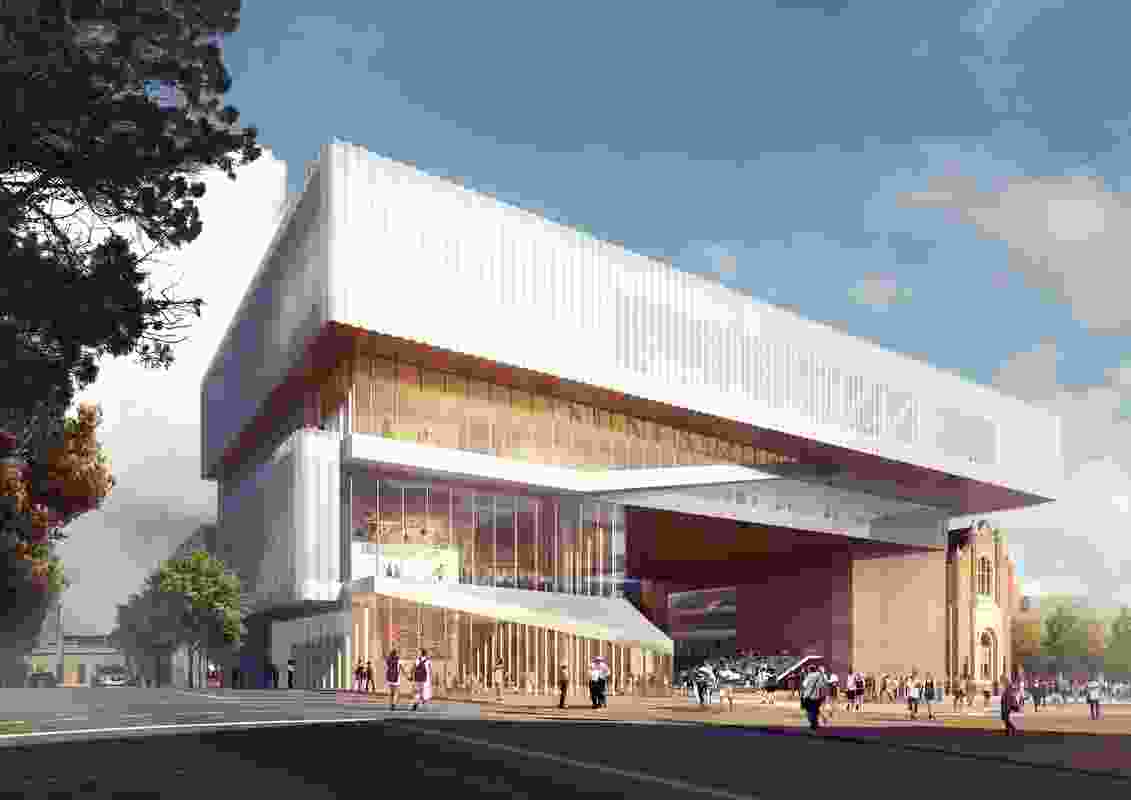 Proposed view from Francis Street of the new WA Museum designed by Hassell and OMA with managing contractor Brookfield Multiplex. 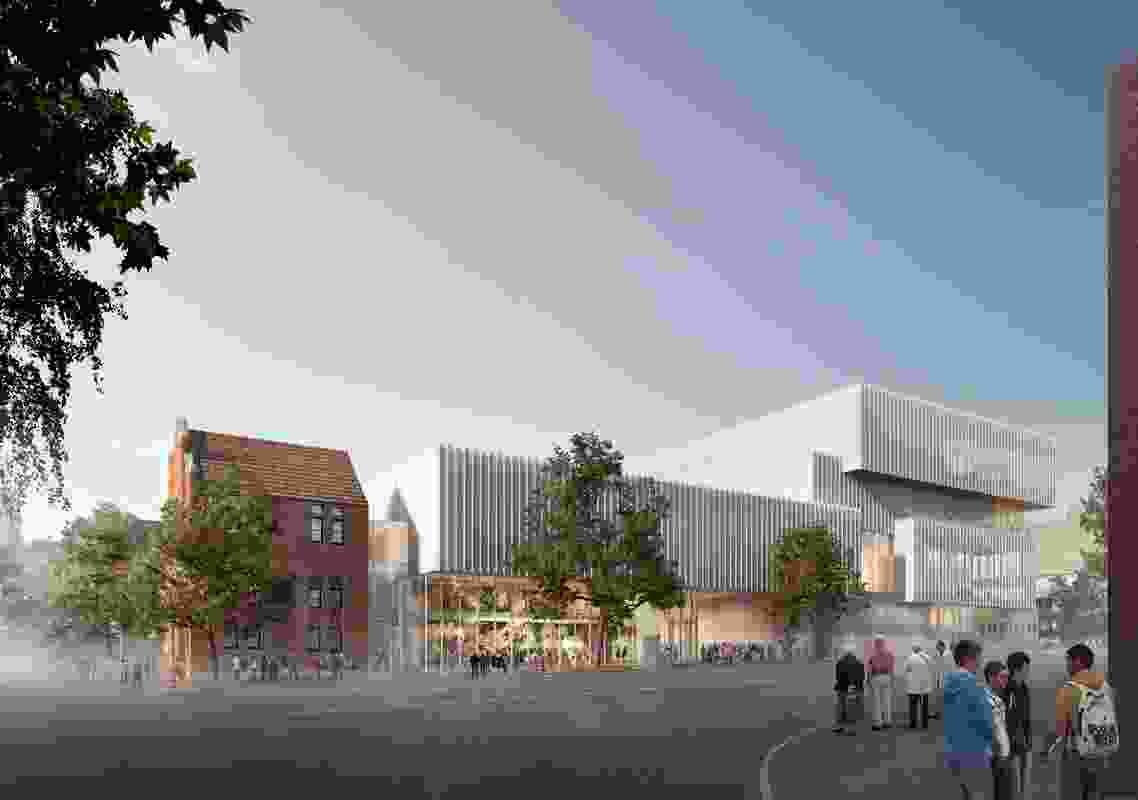 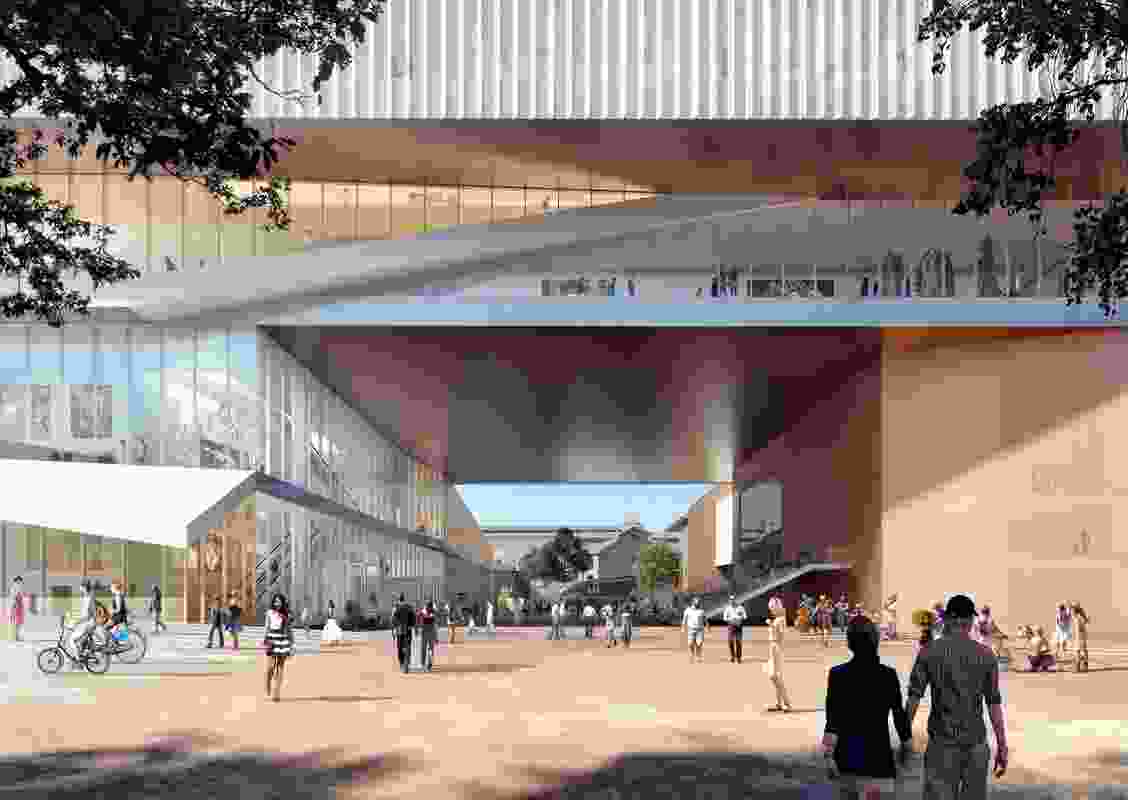 Entrance to the new WA Museum designed by Hassell and OMA with managing contractor Brookfield Multiplex. 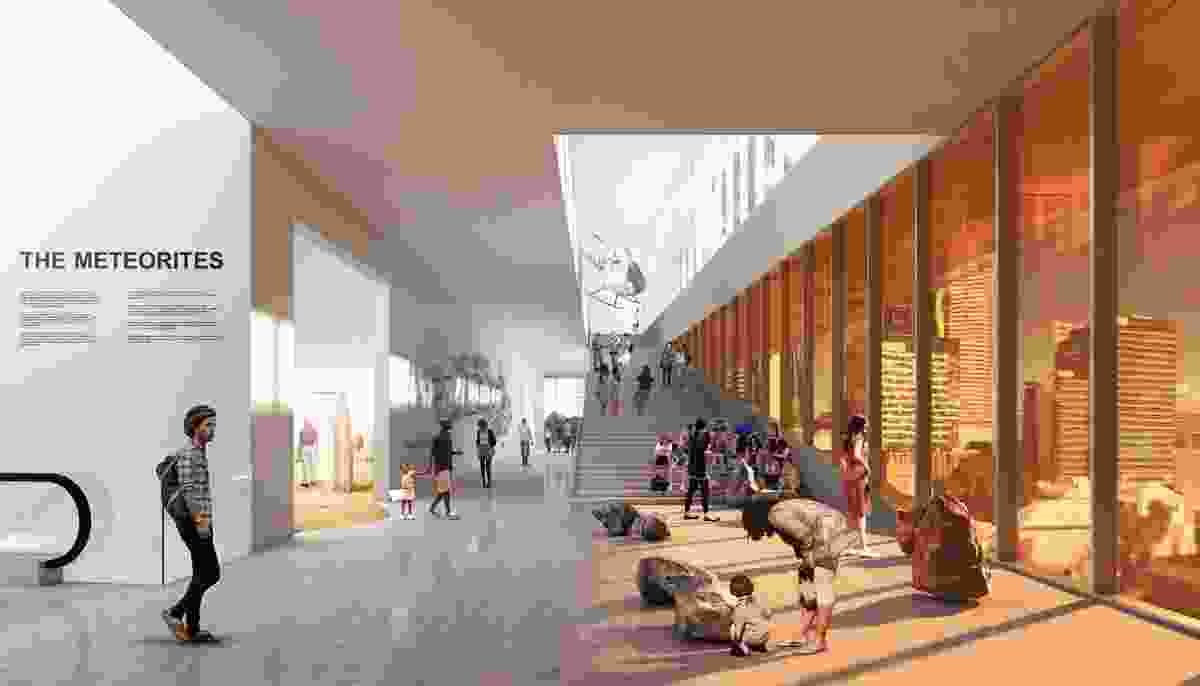 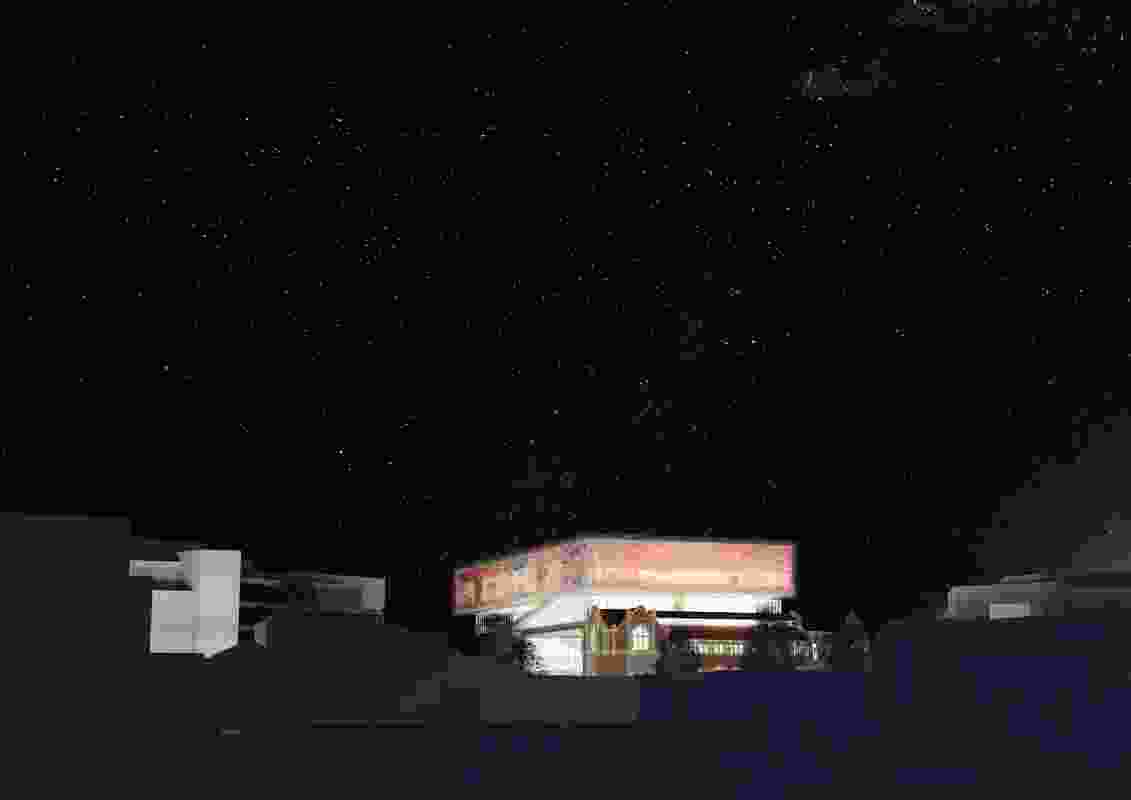 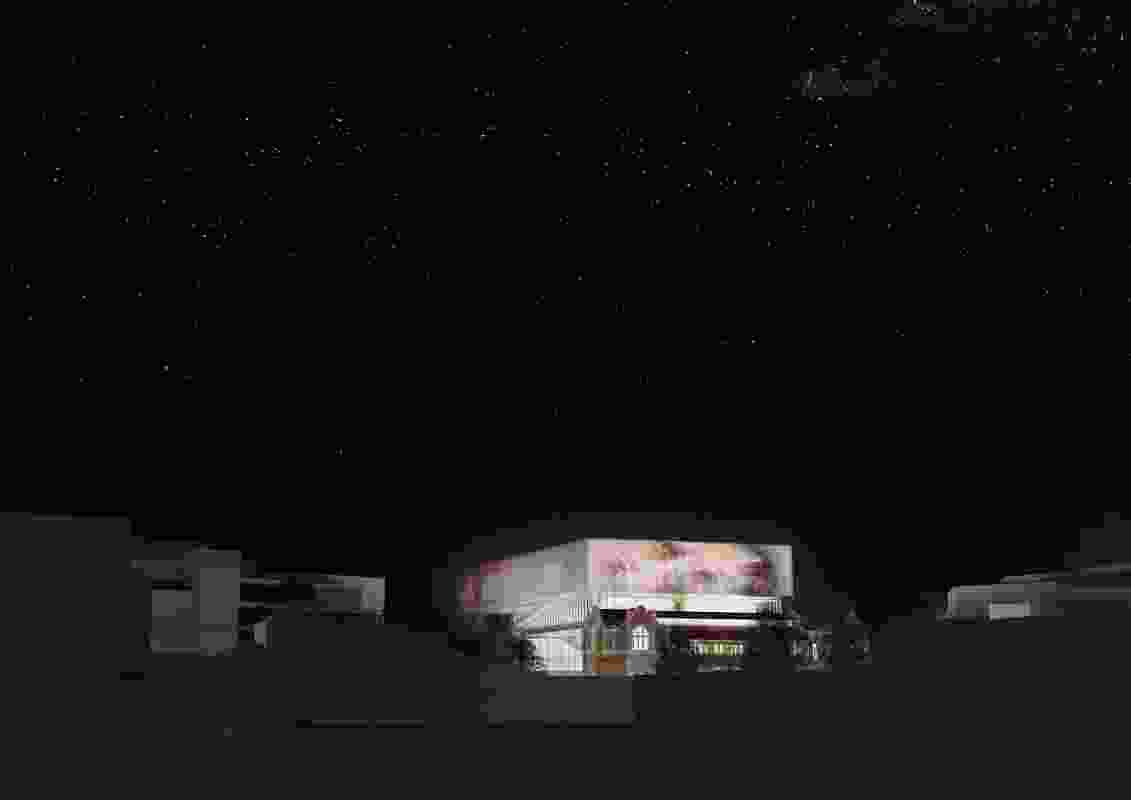 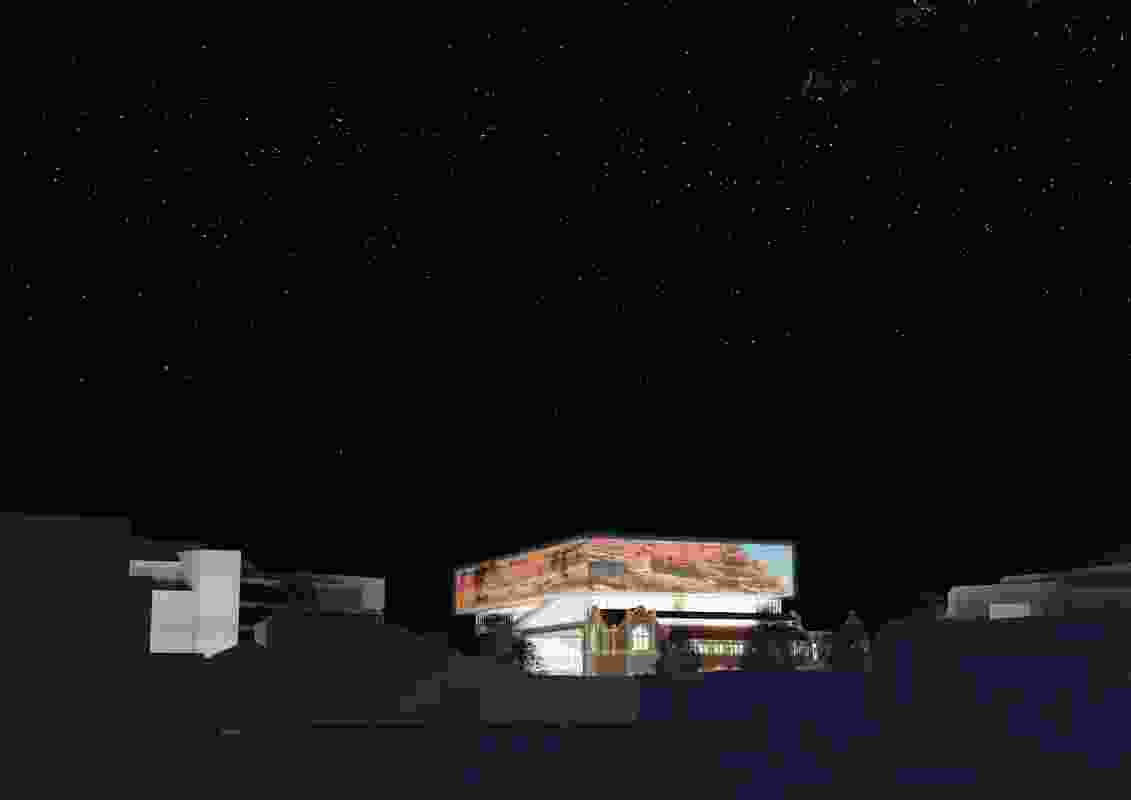