OMA’s MPavilion to be relocated to Monash University

The 2017 MPavilion by Rem Koolhaas and David Gianotten will be relocated to Monash University.

The Naomi Milgrom Foundation has announced the 2017 MPavilion, designed by Rem Koolhaas and David Gianotten of OMA, will be gifted to Monash University in Clayton, south east Melbourne.

The structure, which stood in the Queen Victoria Gardens from October 2017 to February 2018, will be relocated to the lawns at the entrance to the new Learning and Teaching Building designed by John Wardle Architecture, which is due for completion in mid-2018.

“MPavilion is an exciting addition to the diverse array of performance, teaching and learning spaces available at Monash,” said professor Margaret Gardner, vice-chancellor of Monash University. “As a unique space for activities and events, it will provide an invaluable asset for the benefit of the surrounding community.”

The MPavilion will be located in a precinct close to the university’s main entrance on Wellington Road, which is currently undergoing redevelopment. It will also be located adjacent to the Alexander Theatre, which is being refurbished by Peter Elliott Architecture and Urban Design.

OMA’s MPavilion is the fourth in a series of six pavilions commissioned by the Naomi Milgrom Foundation. In 2018, the fifth pavilion will be designed by Spanish architect Carme Pinós of Estudio Carme Pinós.

OMA’s MPavilion to be relocated to Monash University 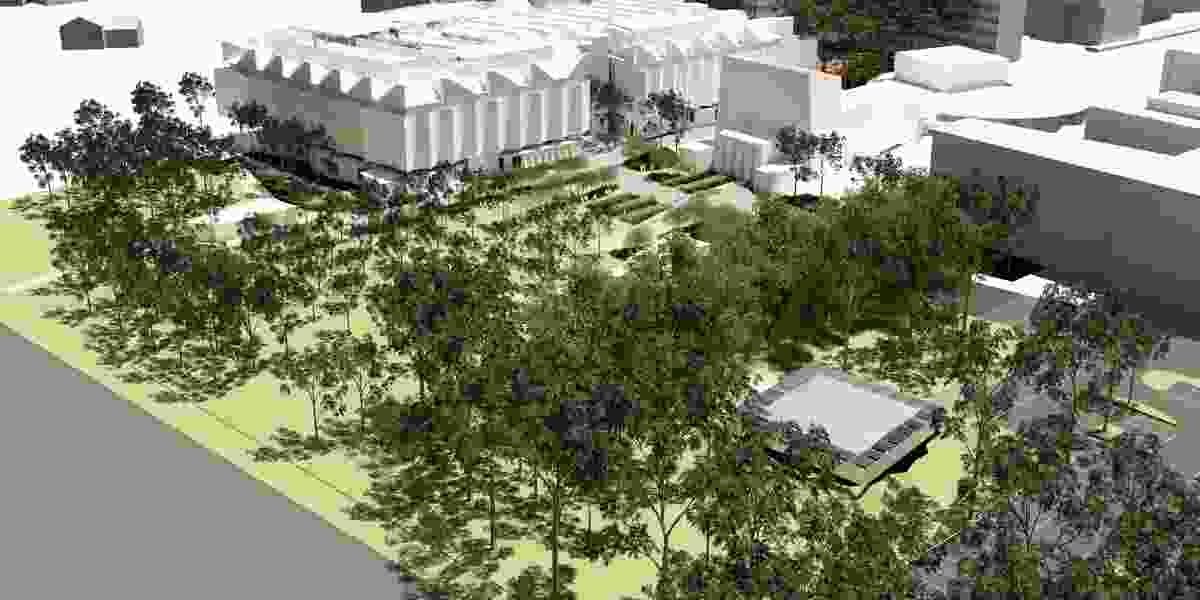 The 2017 MPavilion by Rem Koolhaas and David Gianotten will be relocated to Monash University.