Dutch architects Rem Koolhaas and David Gianotten have been announced as the architects of Melbourne’s 2017 MPavilion.

Koolhaas is the founding partner and Gianotten is the managing director – architect of international practice Office for Metropolitan Architecture (OMA).

The Naomi Milgrom Foundation, which commissions the annual pavilion, made the announcement following the close of the 2016 MPavilion program.

Foundation chair Naomi Milgrom described Koolhaas as “one of the world’s most provocative and influential architects.”

Milgrom continued: “His contribution to the cultural landscape as an urban thinker, together with OMA’s multidisciplinary approach to architecture, reflects MPavilion’s desire to inspire debate about the role of design in building equitable and creative cities.”

Koolhaas and Gianotten said: “The Naomi Milgrom Foundation’s MPavilion is now a project of international significance and we look forward to contributing to the architectural legacy it has engendered. We are excited by the brief of designing a cultural heart for the city – a space of public engagement that will spark creativity and discussion, and that will act as a theatre for ideas.”

The 2017 MPavilion will be OMA’s first completed architectural project in Australia. The firm is also currently working on the new $428.3-million, 23,000-square-metre Western Australian Museum with local practice Hassell, in a consortium led by Brookfield Multiplex.

Koolhaas co-founded OMA in 1975 with Elia and Zoe Zenghelis and Madelon Vriesendorp. He is a professor at Harvard University’s Graduate School of Design. With eight other partners, Koolhaas leads OMA and AMO, the research arm of OMA that focuses on social, economic and technological issues. He was awarded the Pritzker Prize in 2000 and in 2014 he was the director of the Venice Architecture Biennale, entitled Fundamentals.

Gianotten is the managing partner – architect of OMA. He joined the firm in 2008, launched the Hong Kong office in 2009 and became a partner in 2010. He is responsible for the management, business strategy and growth of the company worldwide. He is also one of two directors in the recently opened Australian office of OMA.

MPavilion was launched in 2014 as an annual series of architectural commissions, inspired by the Serpentine Gallery Pavilion series in London. The pavilion, sited in Melbourne’s Queen Victoria Gardens, is used as a setting for a four-month-long program of cultural events and is funded by the Naomi Milgrom Foundation, the City of Melbourne and the Victorian government.

Previous MPavilions have been designed by Sean Godsell of Sean Godsell Architects (2014), Amanda Levete of AL_A (2015) and Bijoy Jain of Studio Mumbai (2016). The 2016 program included more than 487 free events produced with more than 350 collaborators. The Naomi Milgrom Foundation reports that the program attracted more than 94,000 visitors.

The MPavilion commission was initially launched as a four-year project, which would make the OMA-designed pavilion the last in the series. Organizers are yet to make an announcement about the future of the project beyond 2017. 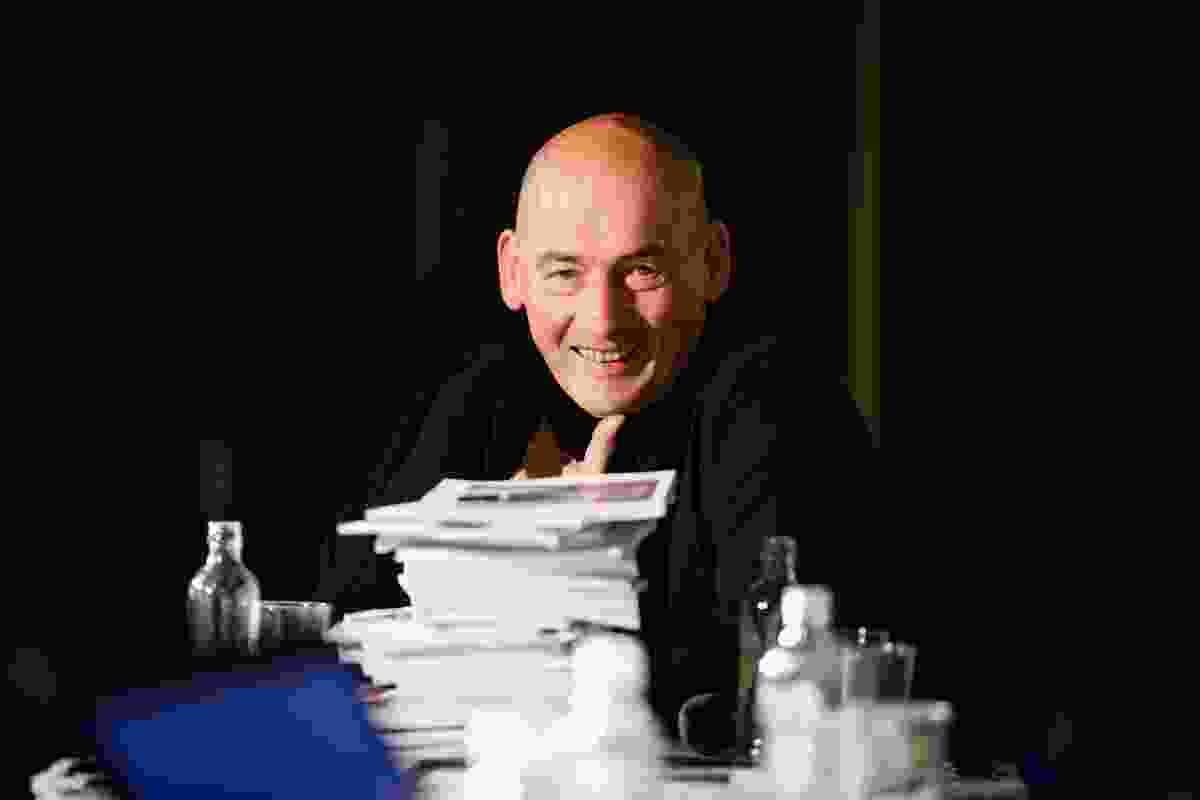 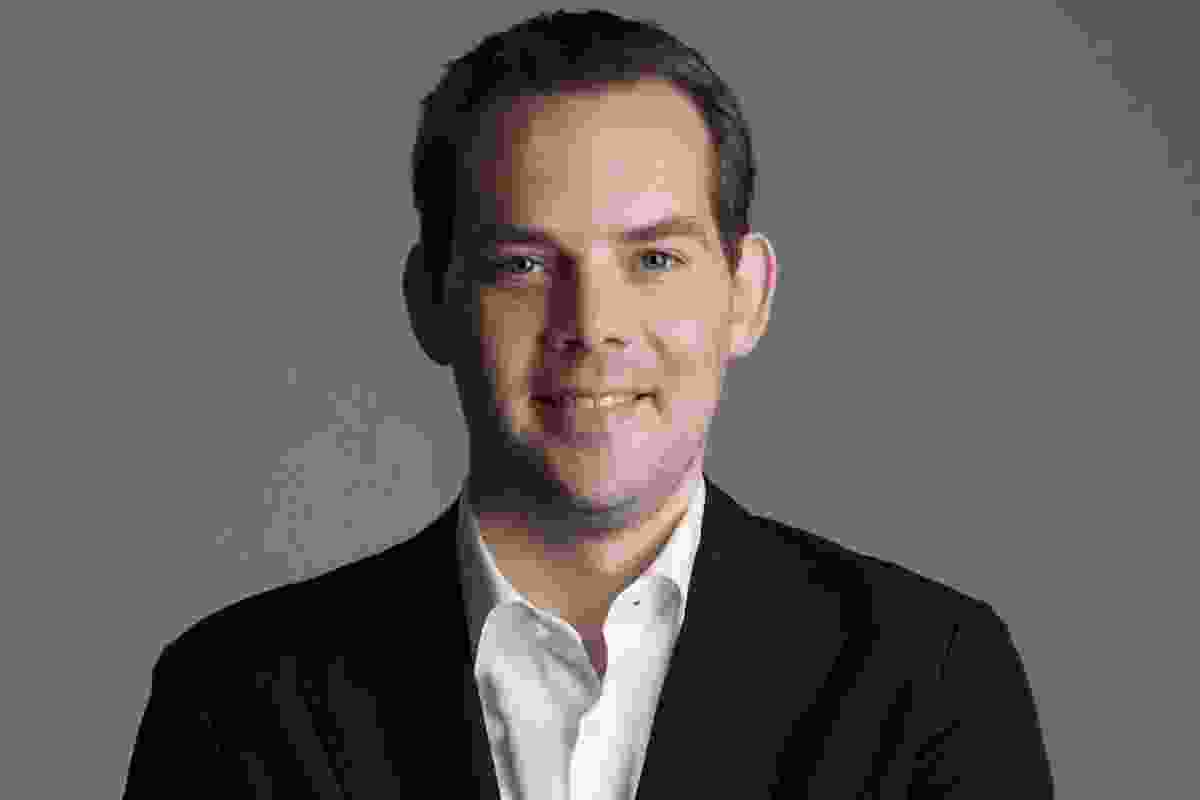 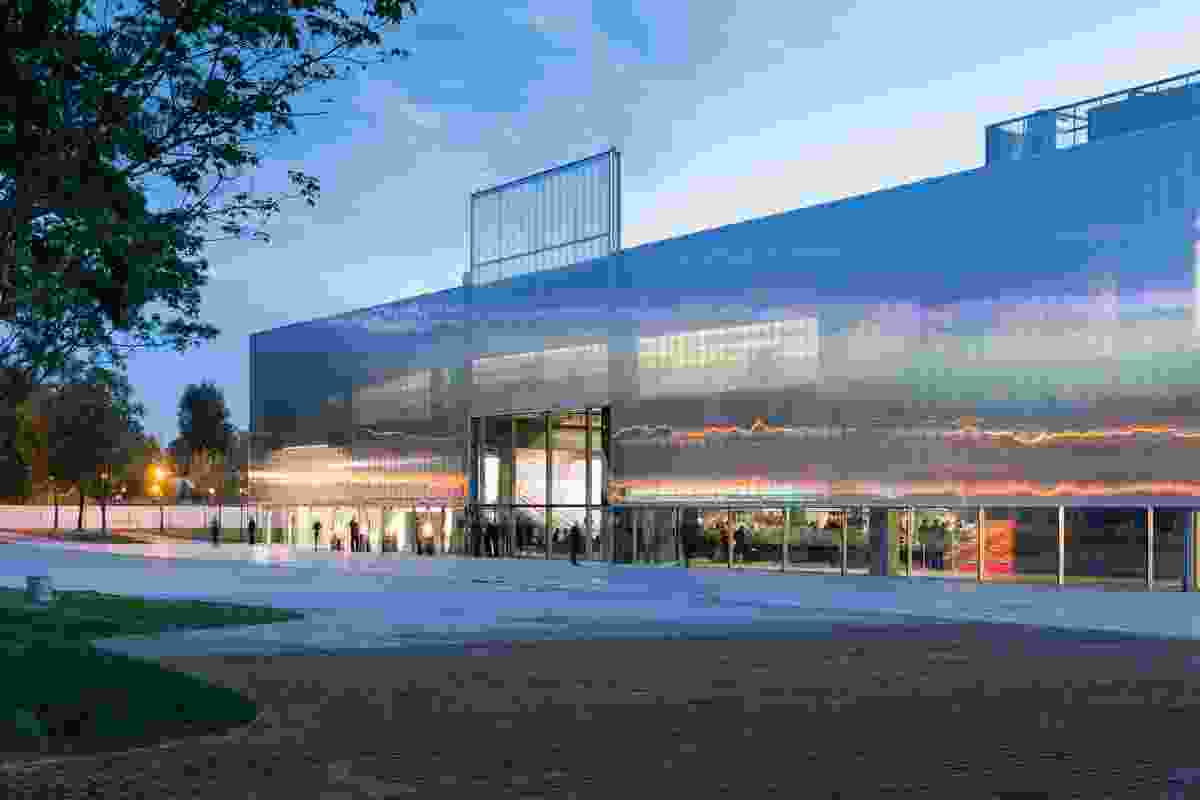 Garage Museum of Contemporary Art in Moscow, Russia by OMA (2015). 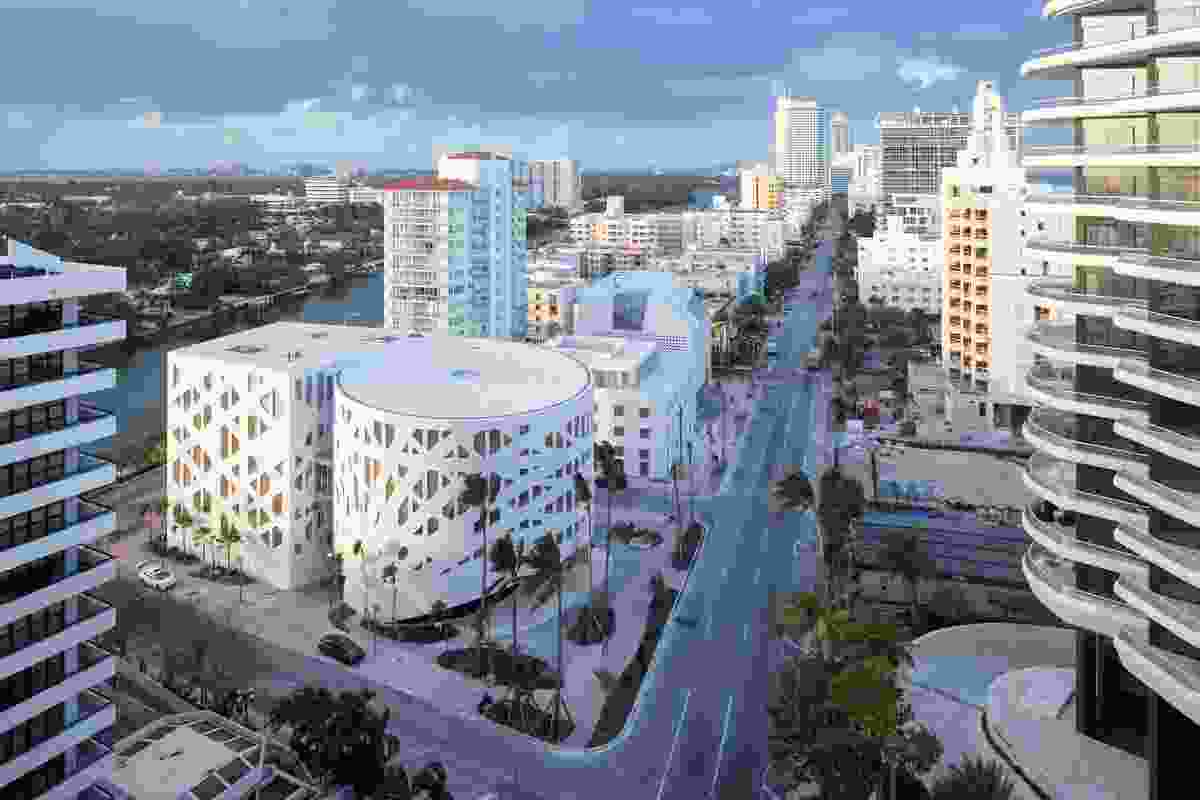 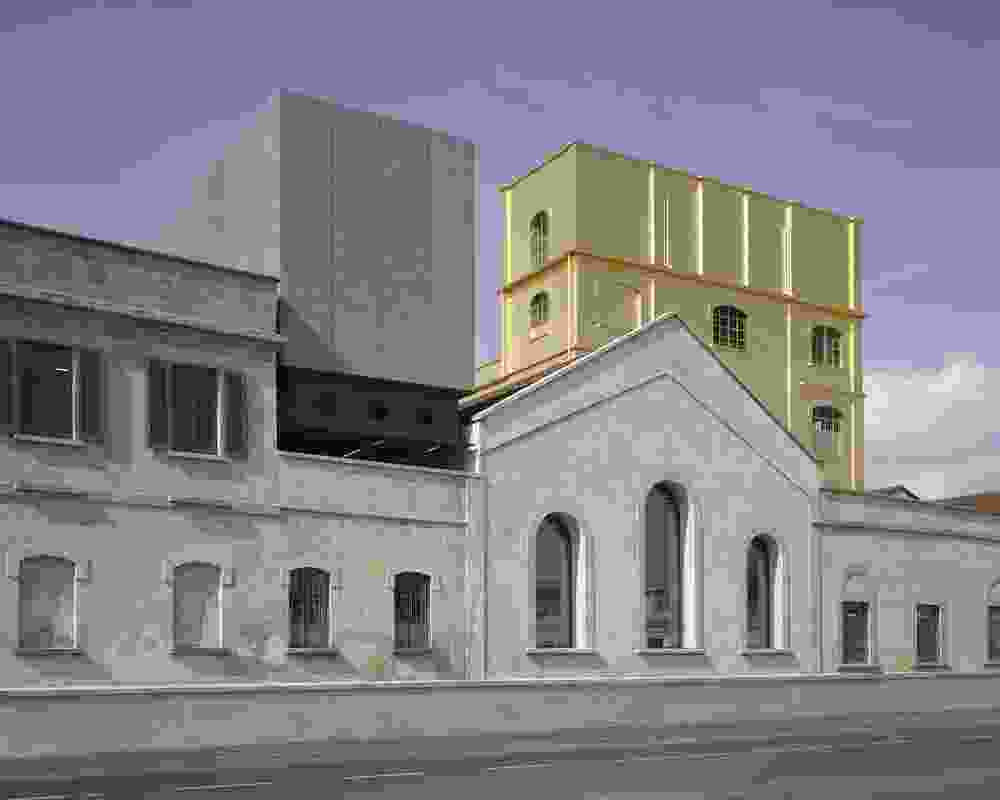 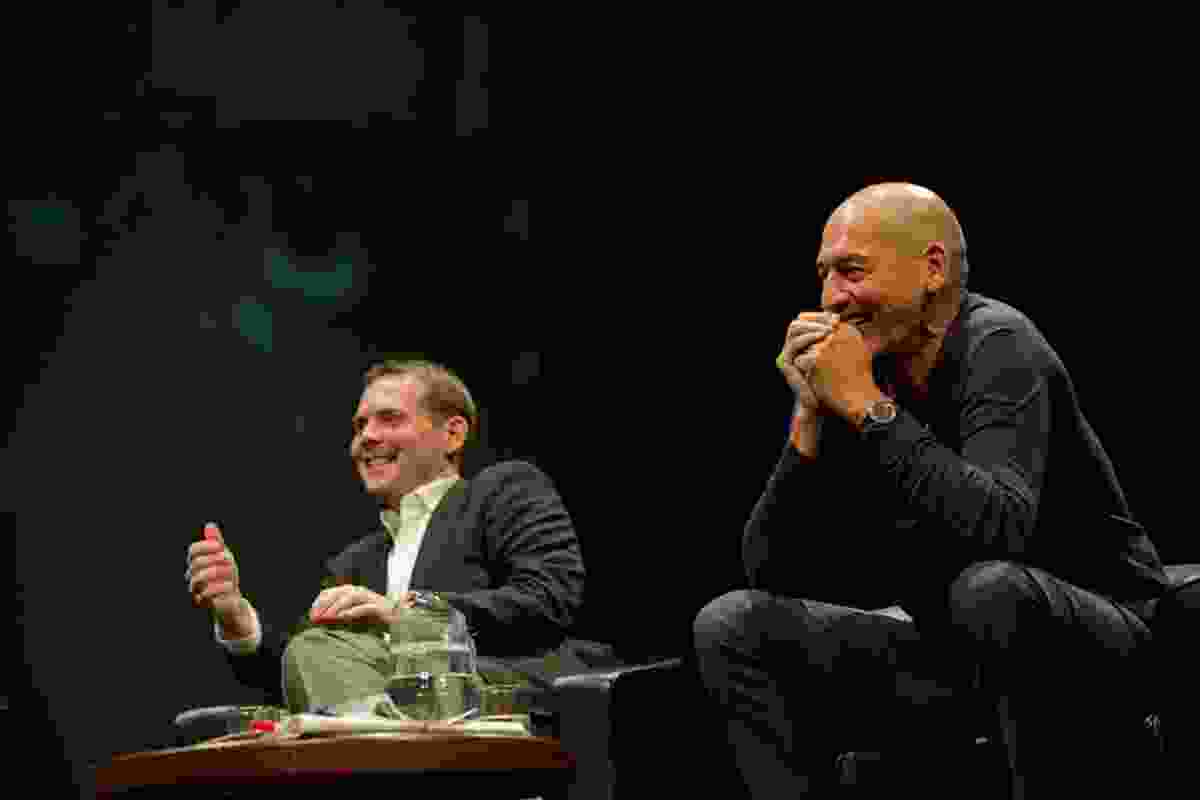