In this postcard from Nepal, architect Virginia Waller reflects on the relationship between the country's alpine architecture and its remarkable natural setting.

It’s 5.50 am on our last day in Nepal. I’m sitting by the window of our hotel room watching the sprawling metropolis of Kathmandu wake up in the early morning light. The window is ajar and the air cool. Andrew and I have just returned to the city after three weeks of trekking in the Everest (Khumbu) area. Reflecting on our trip, what strikes me about Nepal and the areas we have travelled, more so than other places, is that it’s a land of contrast.

When you arrive in Kathmandu you are overwhelmed by the urban chaos of traffic, people and poverty. Pollution is rife - a choking cauldron of dust and traffic fumes. Infrastructure and services that are taken for granted in the First World nations are, in Kathmandu, outdated or not operable. An aerial vista of spaghetti electricity lines line what is the road network. Buildings are half assembled and in a state of flux. There appears no order yet somehow it all works and in some ways it may be found to be enticing.

In contrast to this urban jungle is the natural beauty and vastness of the great Himalayan mountain range, which itself changes with the gain in elevation.

Trekking from Lukla (2800 metres) and the lower lying villages up to Namche Bazaar you are within the forested zone of pine, birch, juniper and rhododendron. The “teahouse-style” buildings that dot the landscape are functional and humble. They rely on dry-stacked stone walls, timber fenestration and simple mono-pitched roofs clad in metal or slate tiles. The interiors are often furnished in timber with stained plywood linings. Stone is the predominant material seen in the low dry-stacked stone walls between farming plots, in outbuildings and in the teahouse lodges.

From Machhermo (4470 metres), you are above the tree line and the terrain is that of the dry, brown glacial moraine. The villages are smaller in size – just a cluster of stone teahouses. The Gokyo Lakes – freshwater lakes of the most spectacular turquoise colour – lie at the base of the Gokyo Valley. The ascent of Gokyo Ri (5357 metres) affords a 360-degree view of the mighty peaks of Cho Oyu, Everest, Lhotse, Ama Dablam.

The Khumbu Glacier often thought of as covered in snow and ice all year is, during the autumn months, a vast sea of grey, undulating rock, which proves dusty and hot to walk across during the day.. Walking across the glacier is somewhat disconcerting as there is the constant threat of landside caused by the body of moving water that lies beneath it. In autumn, the glacier takes on a moonscape quality.

Towering above it all are the white snow covered peaks that merge with a cobalt sky, if the weather gods are favourable (they were!).

Underlying any ascent in altitude is the dictatory mantra of “what is essential”. It seems that the Nepalese live by this principle, whether in the chaos of their urban environments or in the mountains. When you pause to reflect on this concept, it’s a cathartic moment. Trekking in the Everest landscape reinforces just what tiny cogs we are in this incredible universe.

In a previous postcard from Nepal, Virginia wrote about her discovery of the remote Hotel Everest View in Syangboche. It can be found here. 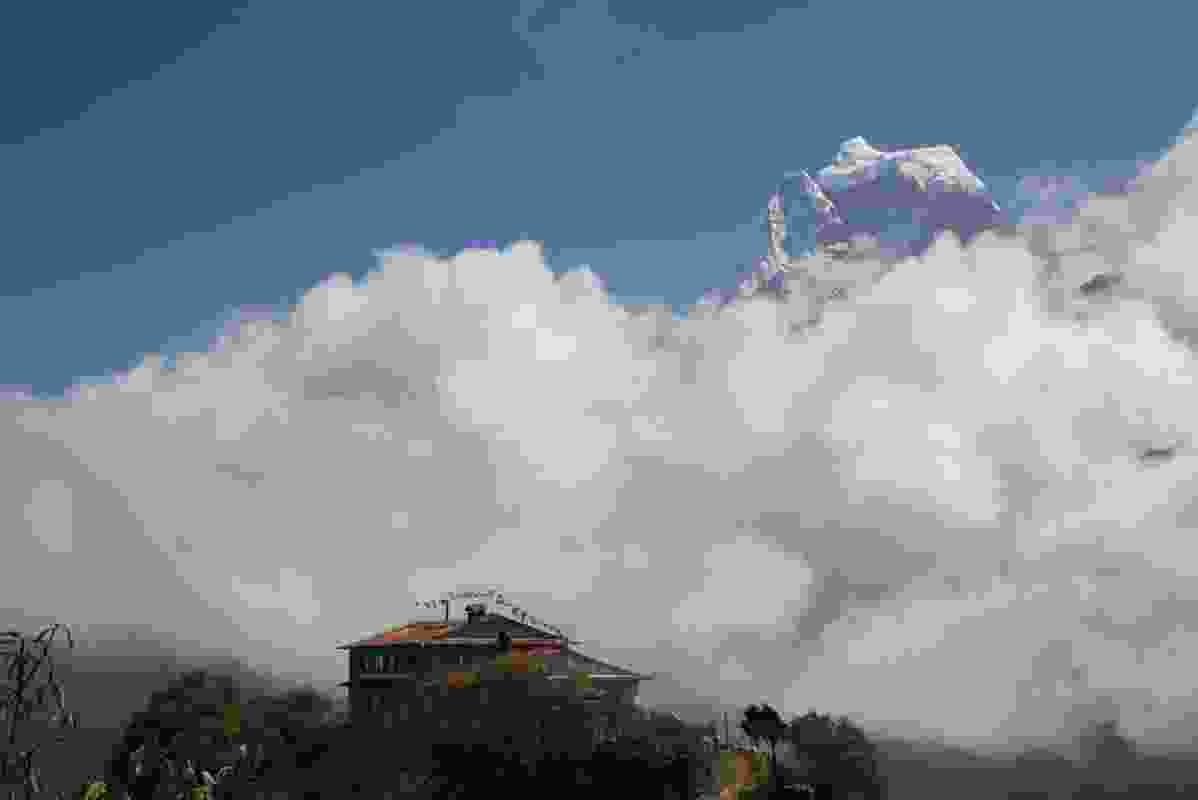 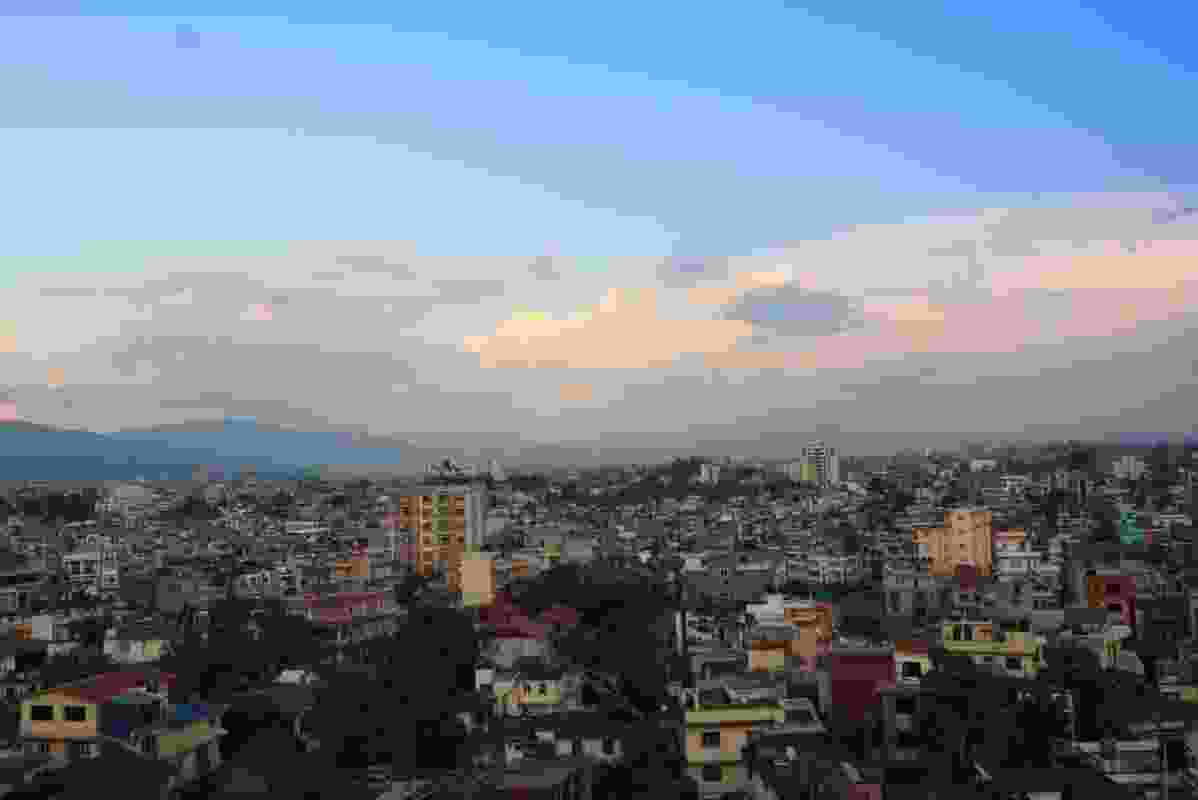 View over Lazimpat a residential district of Kathmandu. 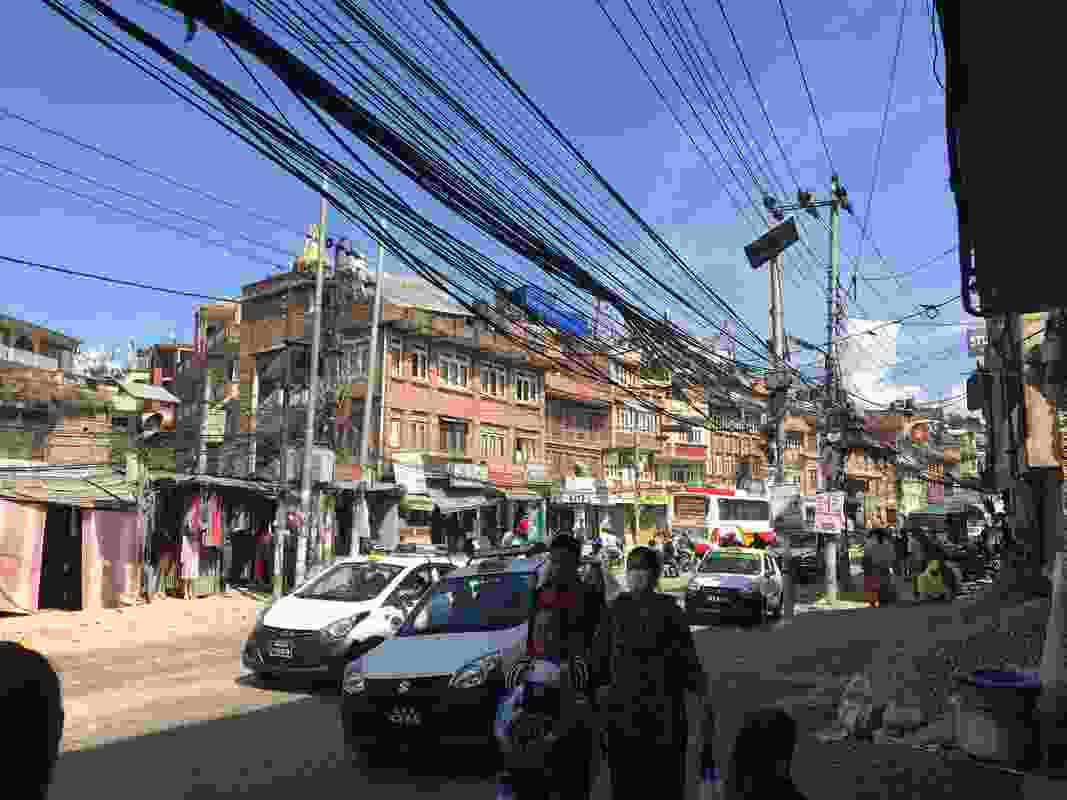 An aerial vista of spaghetti electricity lines that line the road network of Kathmandu. 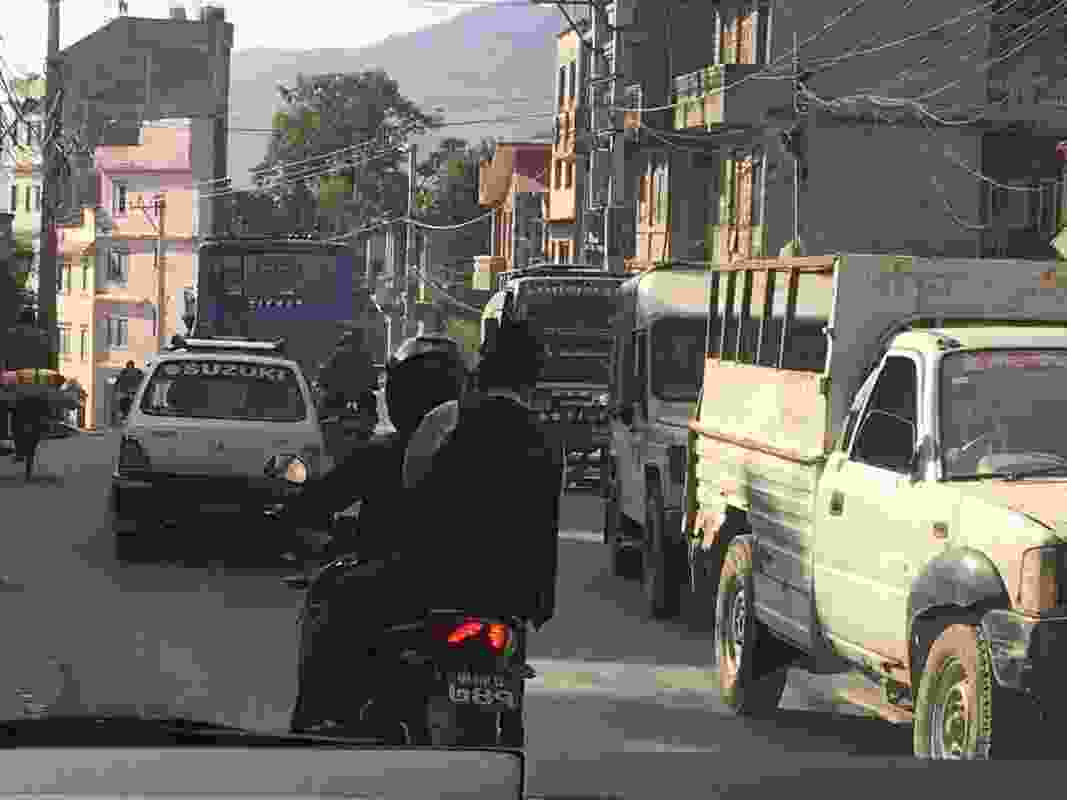 The chaotic streets of Kathmandu. 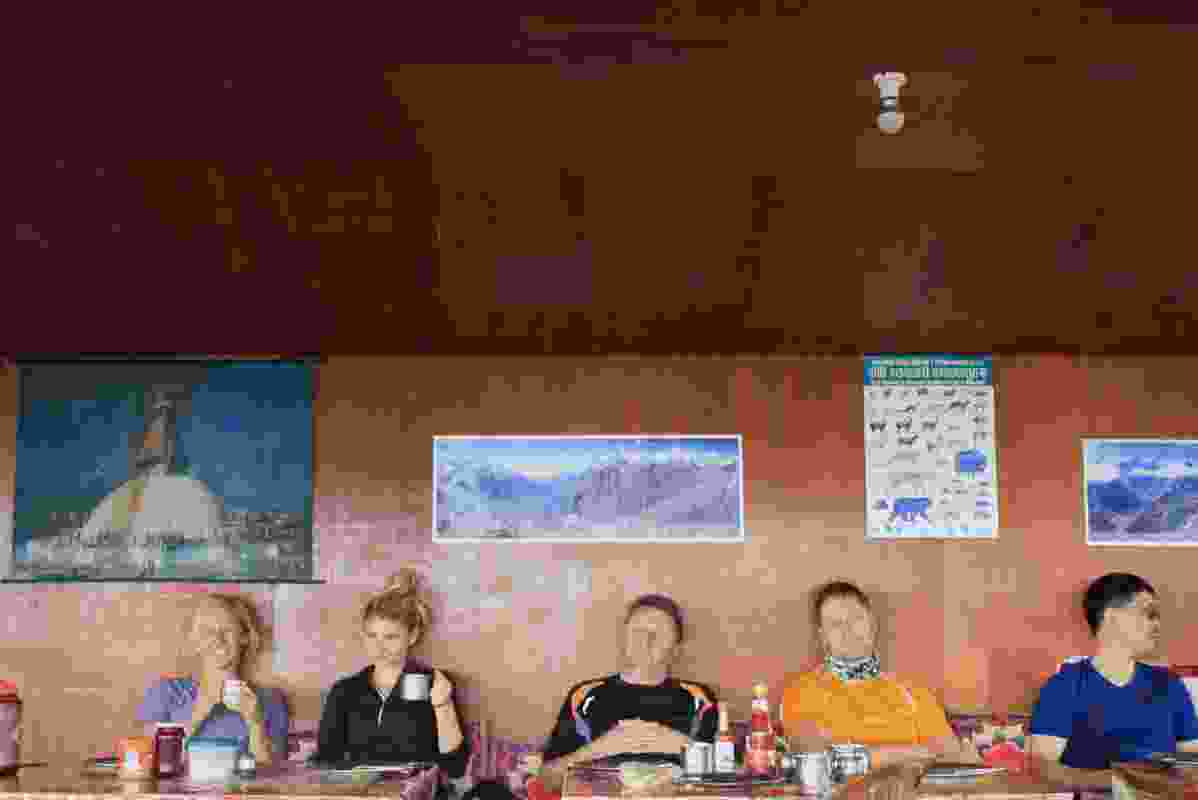 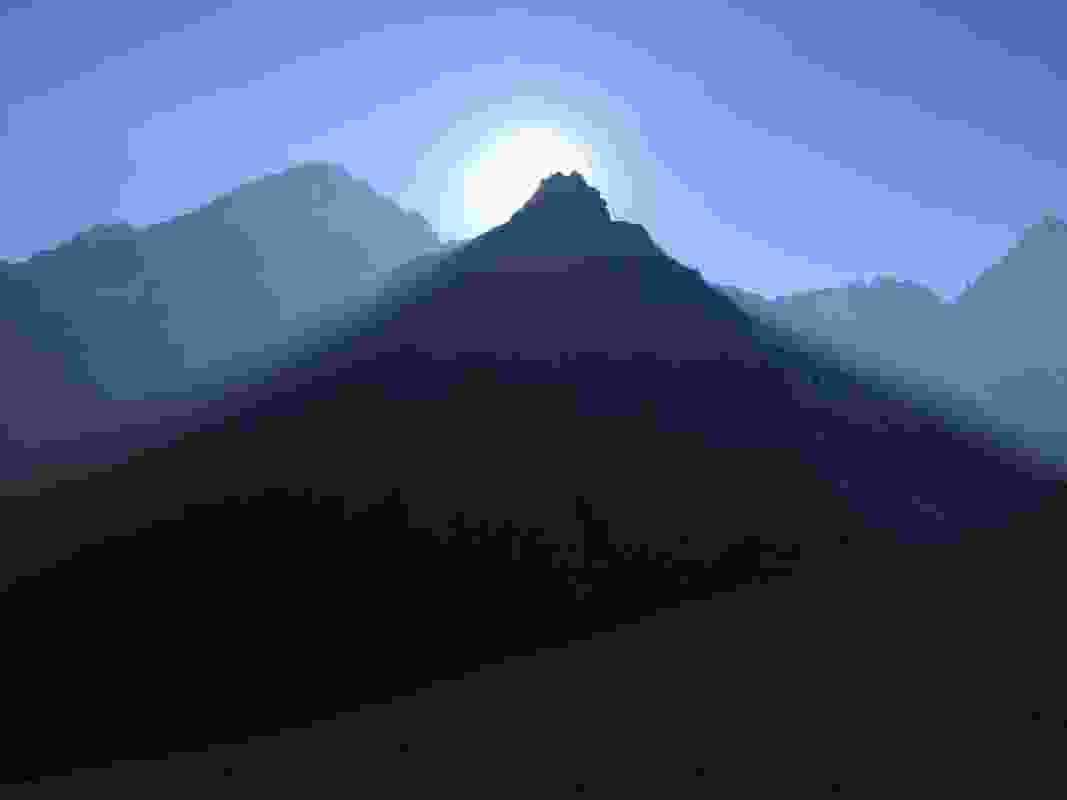 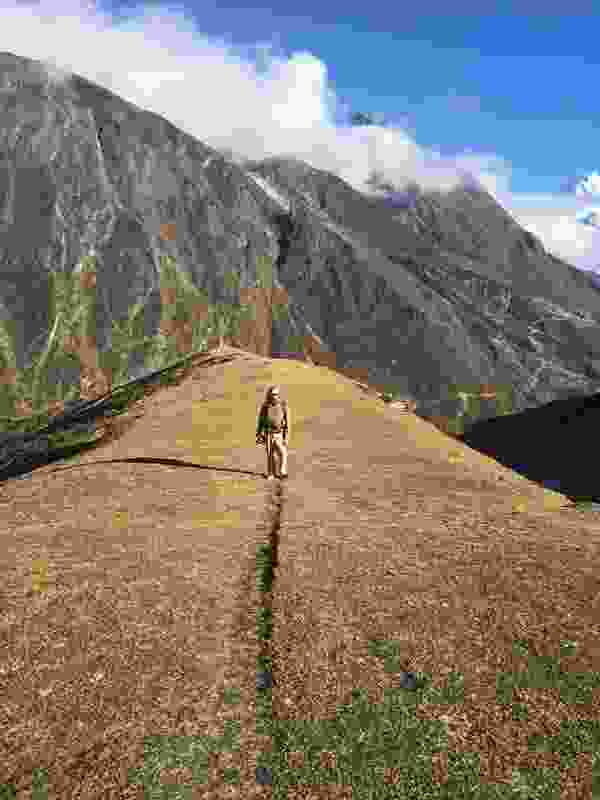 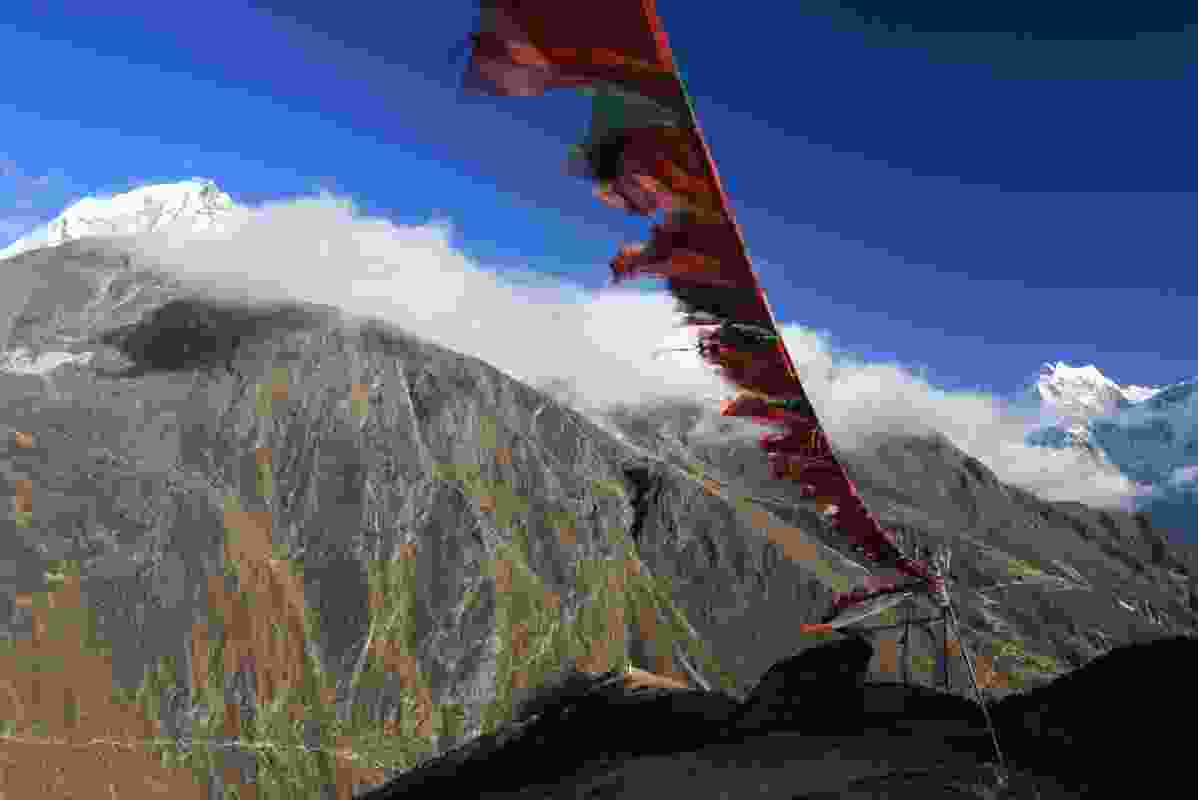 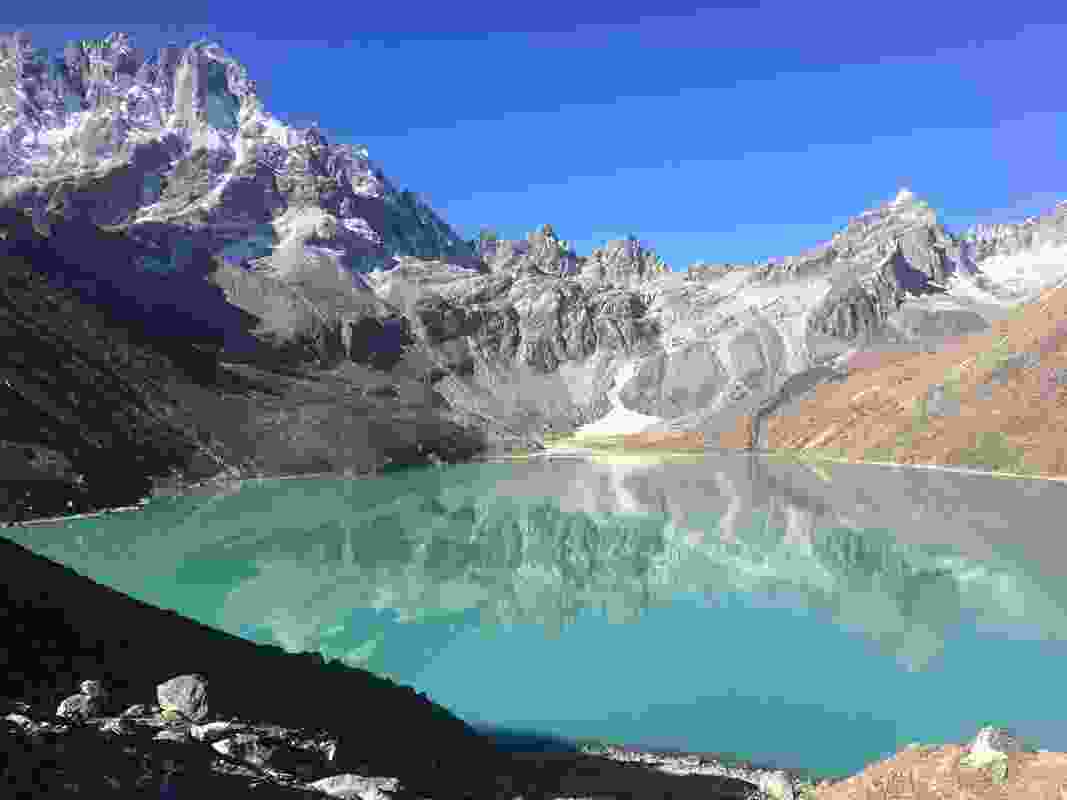 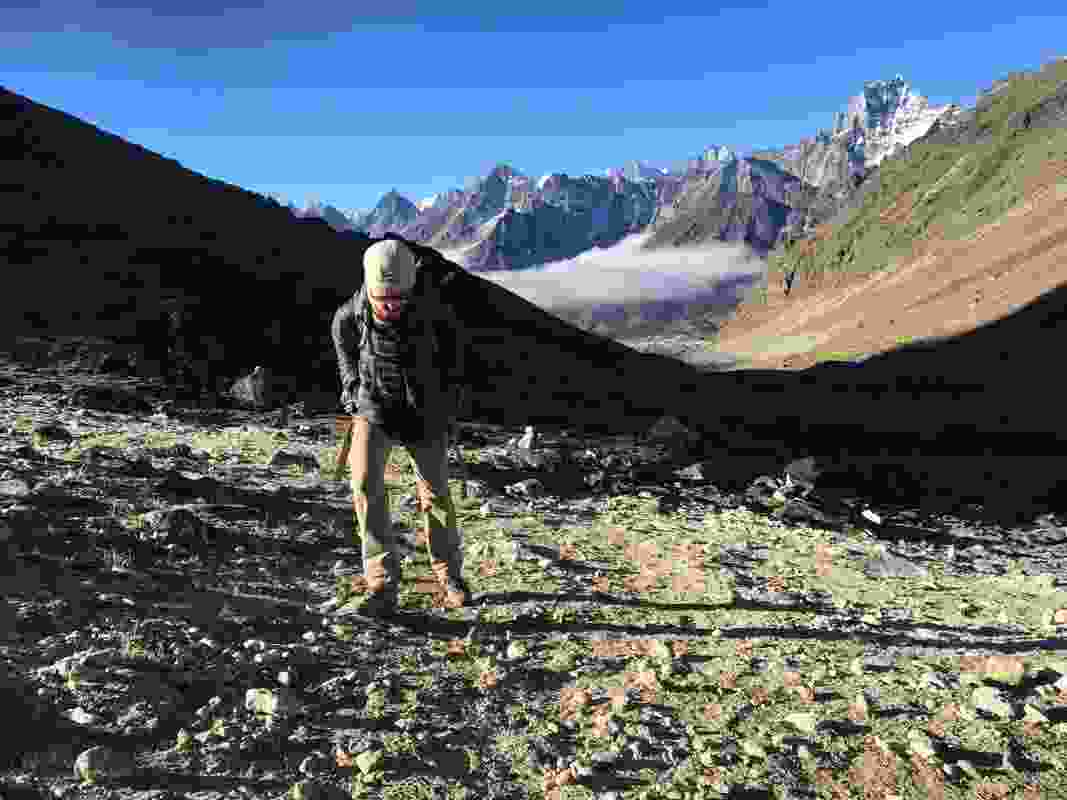 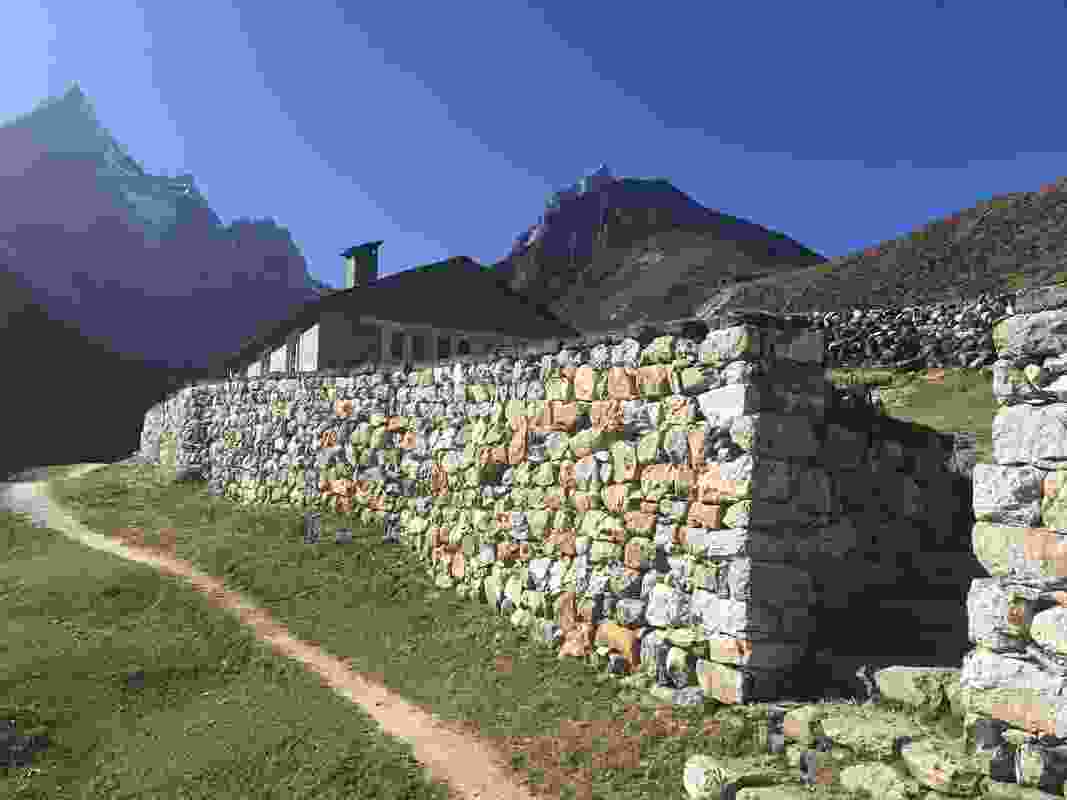