Oliver Marlow, director at London’s Tilt studio, co-designs workspaces with the end users to make them intelligent, flexible and fun. In August 2013, he visits Australia to speak at the Design Speaks: Workplace/Worklife forum.

Fitout for talent agency Troika, by Tilt. The desking solution integrates storage and allows for additional units to be added.

Co-design, the concept of walking through a design process hand in hand with the endusers, is not a new idea, but a London design studio, Tilt, is taking this collaborative approach a step further. “What really excites us as a practice is this idea that design is something that overall engages everyone on some level,” says Marlow, the agency’s 35-year-old co-founder.

“If you open that up and give the opportunity to engage with the design of spaces … you get some incredible results, things that, on your own, you might never think of. It’s the idea of this collective intelligence that keeps our design team excited about the possibilities of design, as opposed to us just sitting in our studio thinking about what kind of interesting chair we can come up with this week.”

Tilt grew out Marlow’s experience with The Hub, a network of some 25 co-working spaces around the world intended for use by social entrepreneurs, environmental enterprises and sustainable start-ups. The Hub founders invited him to contribute to the ﬁrst space which opened in London eight years ago. He later became head of design and has worked on more than 20 Hubs which provide areas for work, meetings, exhibitions and social events.

The experience reinforced Marlow’s belief in co-design. “What we’re doing now is developing a very robust methodology to use co-design for the design of space,” he says. “It’s about using a group of people, a community. And that can be a community of work, if it’s around entrepreneurs and workspaces; or it can be a community in the sense of a community centre or an arts community.

“We actively work with that group, and obviously the client is part of the process too, and we use them to ﬁnd the right designs for their space. You need to engage communities and people much more than is (normally) done in design.”

For the team at Tilt, co-design typically happens by bringing everyone physically together, often in a single room, where Marlow acts as facilitator, guiding discussion and activities. The aim, he says, is not necessarily to try and resolve differences of opinion through consensus; instead, the ﬁnal design reﬂects an adaptable, ﬂexible, mobile solution that accommodates and embraces levels of complexity. He says it’s important to ﬁnd out the many ways a space has to work before you can properly design it. That’s largely achieved through ongoing conversations, sharing ideas, and using objects and physical movement to test the most workable design solutions.

Marlow, who studied design at Goldsmiths College, part of the University of London, also has a practical background. “My dad is a joiner so I grew up knowing about furniture and woods, and just having those kinds of skills,” he says.

“I’ve always designed furniture since I was very young.” Since he and Dermot Egan launched Tilt two years ago, the agency, which now employs six other designers and architects, has tended to work with small, often challenging spaces. But while smaller groups lend themselves more easily to the intimacy of co-design, Marlow is comfortable running workshops for as many as 80 to 100 people and insists the process is applicable on almost any scale.

“It’s true; there’s no substitute for getting people together in a room and we try as much as we can to do that. But we’re beginning to work more and more with corporate clients and very di erent settings. We feel that co-design can work in any context; you just have to adjust the way you engage in the community.”

So while it might be impossible to bring hundreds of people together for a day-long workshop “what you can do is work with them in smaller groups… or you have things you leave behind in the space that people can engage with over the course of the working day or working week.”

Or the process can move online, especially through social media. “It’s actually getting easier to do that,” Marlow says. “You can engage people around an idea and move it quite quickly without having to have them all in a room.”

Marlow says a prospective client with 40,000 employees has sparked discussion at Tilt about the feasibility of applying codesign with that many people. “It’s a challenge we’re beginning to process as a practice. You do lose something with scale. But even some engagement with the community at work is a positive thing.”

Co-make, which sees end-users moving a step beyond design to active participation in the creation of the space – through things like painting, building shelves, assembling furniture and laying carpet – is considered a valuable adjunct to co-design.

“With the terms of different projects, sometimes you can do it, other times you can’t,” Marlow says. “Personally, I think it’s essential. Again it’s this design paradigm. I think there’s something missing around people’s ability to touch and feel. “I think if you can give people the opportunity, no matter how small, to engage with their physical environment in the making, it gives a huge amount of satisfaction and a huge load of ownership that comes with that.”

The Workplace/Worklife forum will be held on 6 August 2013 at the Museum of Sydney. This is the first event in the Design Speaks series of talks, seminars and forums on and about architecture and design for professionals, their clients and interested members of the wider community. Bookings. 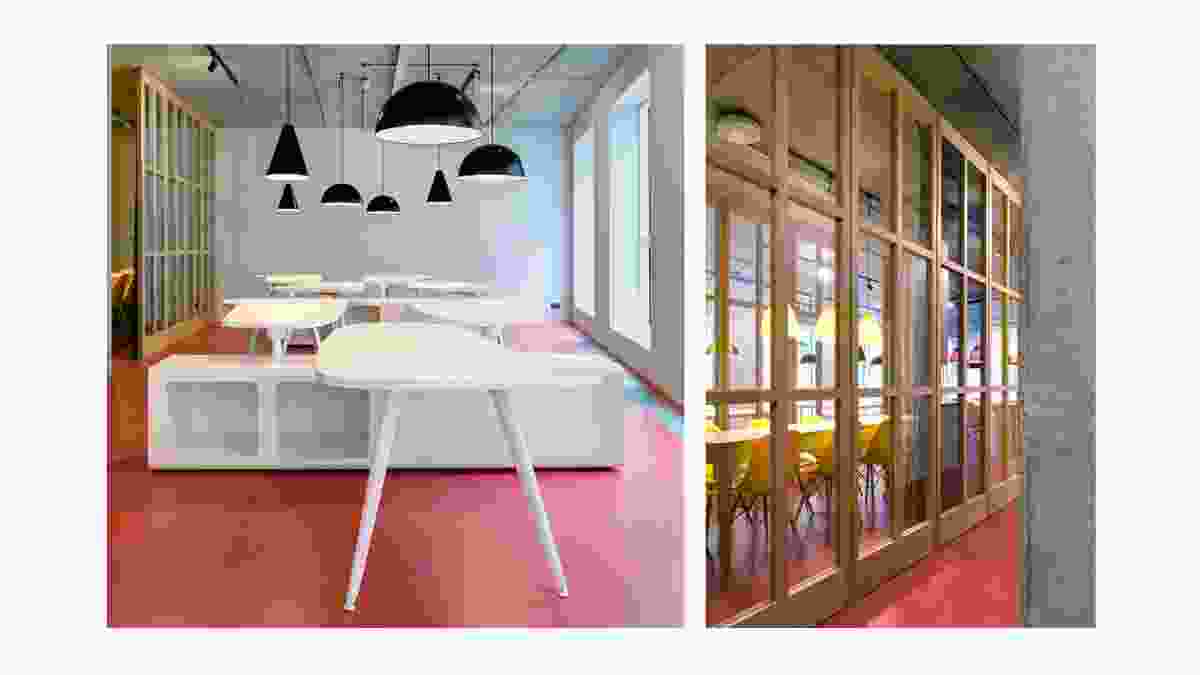 Fitout for talent agency Troika, by Tilt. The desking solution integrates storage and allows for additional units to be added. 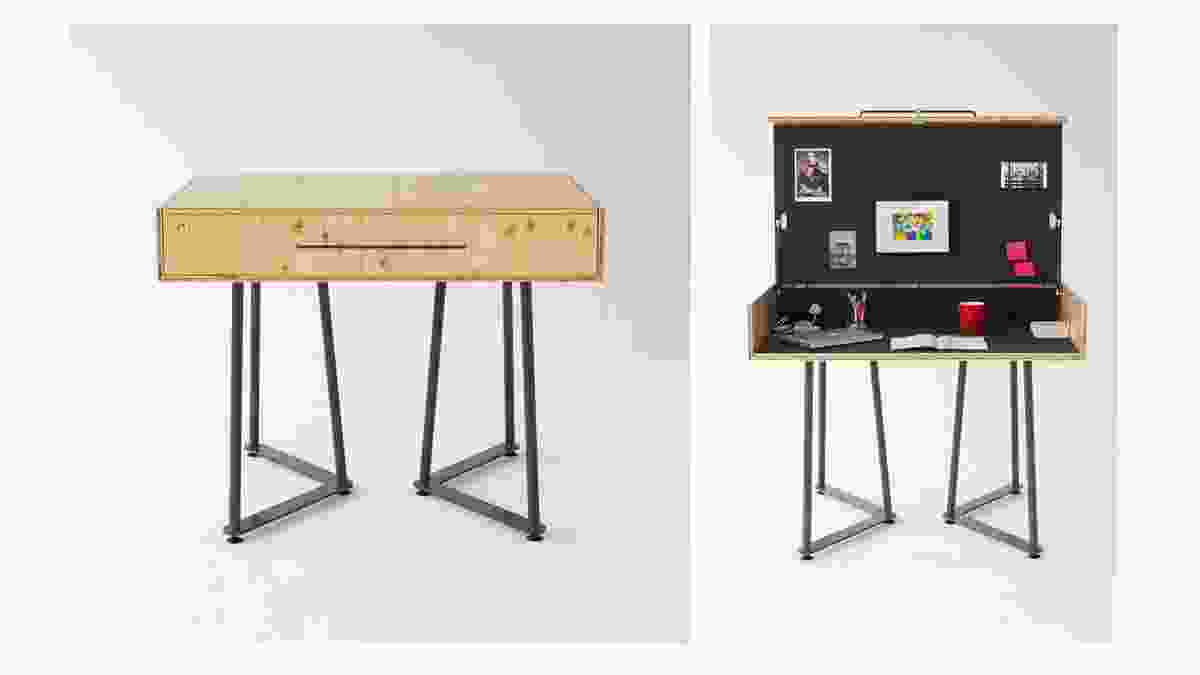 Suitcase Desk by Tilt is a contemporary take on the classic bureau, with a private, self-contained, lockable, work space. 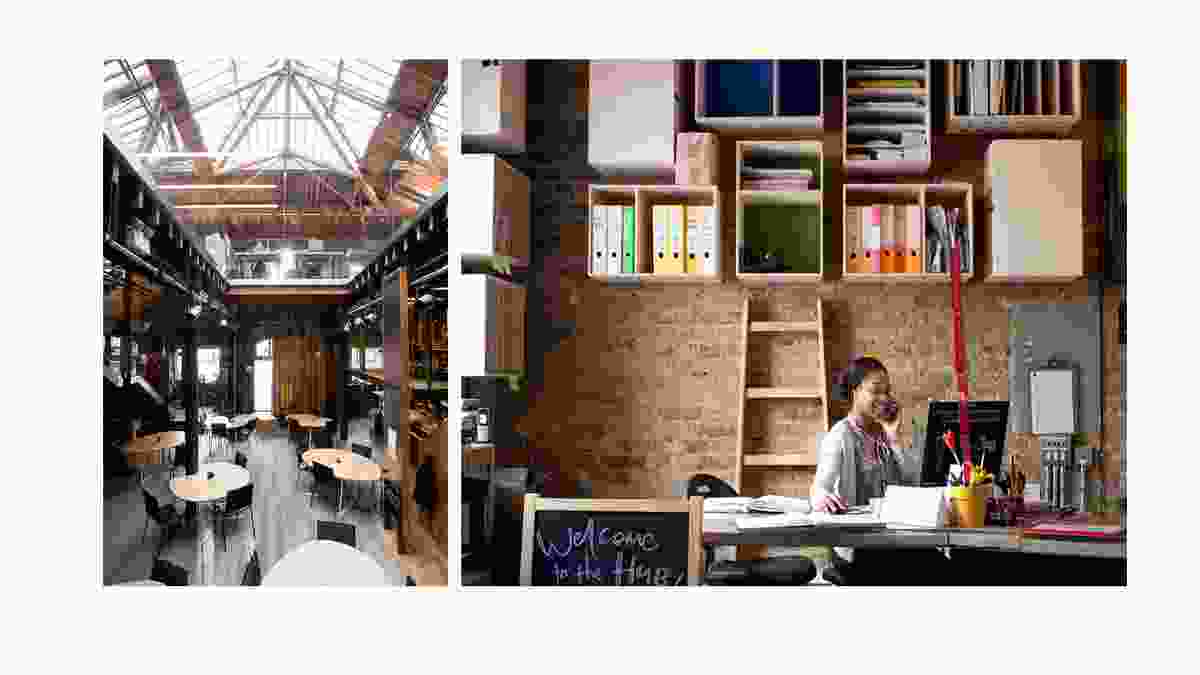 The Hub Kings Cross by Tilt; part of the global network of Hub coworking spaces.