One to watch: MORA

James Fraser founded MORA four years ago on the Central Coast of NSW.

It’s not uncommon for an architect to think of their work as their “baby,” but when James Fraser speaks of “nurturing” his buildings, he’s not just talking about giving birth to a creation.

“Through the design process, it’s almost like we have an embryo that we are bringing to life,” James says. “It will have its own personality and sense of the world. All we do is act with care and allow it to be the best thing that it’s going to be – almost like we’re raising it to be a good citizen in the built environment, to be good to the people who inhabit it, and to give them a sense of joy and connection.”

James completed a big part of his early career in London, where he spent some time working on the refurbishment of Royal Festival Hall by Allies and Morrison – in particular, the auditorium. “I was struck by how the architecture is so dynamic. Practically the whole auditorium responded to the various needs of the acoustics and the performance and production requirements,” he says. “It made me really interested in how buildings can have a life that is responsive.”

James also acknowledges the collaborative process that is required in order to bring a building to life. “At the start of a project, I really like not knowing what the solution is going to be,” he says. “Listening well to the owners, and giving a sense of ownership to the builders and anybody who is bringing their expertise to the building [is important] … Through this creative coming together, a problem presents an opportunity.”

After nearly two decades of experience working for architects including Brian Suters, Peter Stutchbury and David Boyle, James returned to the Central Coast of New South Wales, where he’s originally from, to set up a life and practice immersed in the natural setting of the area. He started his practice, Makers of Responsive Architecture, three years go with the idea that “architecture is something that is born and then responds.” His projects include alterations and additions to old coastal cottages and new houses on bushland sites.

One such house is the Killcare Beach Bush House, which was awarded a Commendation in the Residential Architecture – Houses (New) category at the 2018 NSW Architecture Awards.

The house, located on one of the last remaining vacant sites on its street, held a beautiful stand of angophora trees that the clients wanted to retain. “It’s a beautiful characteristic of the site that we really wanted the building to be in dialogue with,” says James.

Sitting at the edge of Bouddi National Park, the house was proposed as a “journey through landscape” on a steeply sloping site. The two-storey dwelling is set on a concrete platform with a garage and entry pavilion below at street level. From the street, the pathways through the house direct the occupants to a reinstated native garden and a courtyard, and then terminate at the upper living area, which offers a view toward Putty Beach and the Pacific Ocean.

James draws most of his inspiration from nature. “A lot of my work now is [focused on enabling people] to connect better with each other and better with nature,” he says. “I think we can live with a lot less and often we’re happier when we have less.”

James likes the idea that his buildings might “find a simple place and make ordinary people happy. “ He says that people value details, like the moment the sunlight comes in from the west for ten minutes before it disappears again. “There are all these really joyful things that are better than having extra bathrooms and three-car garages. That’s when design can delight and is victorious in the outcome.”

One to watch: MORA 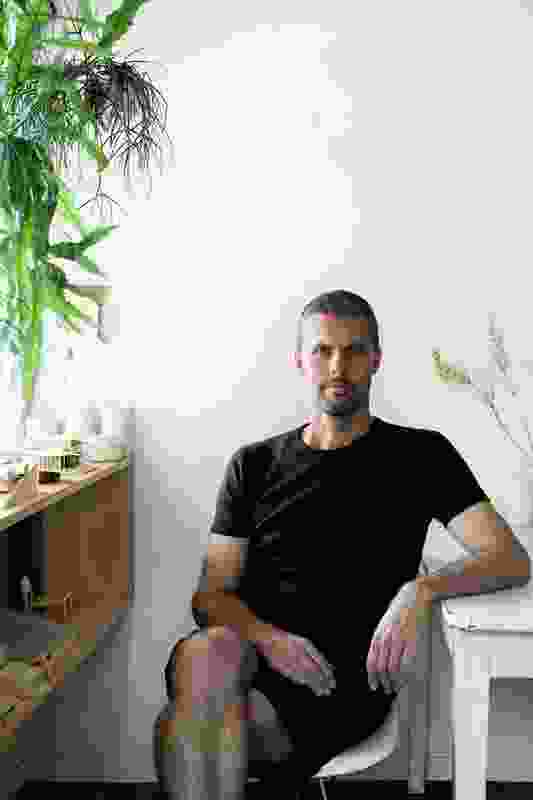 James Fraser founded MORA four years ago on the Central Coast of NSW. 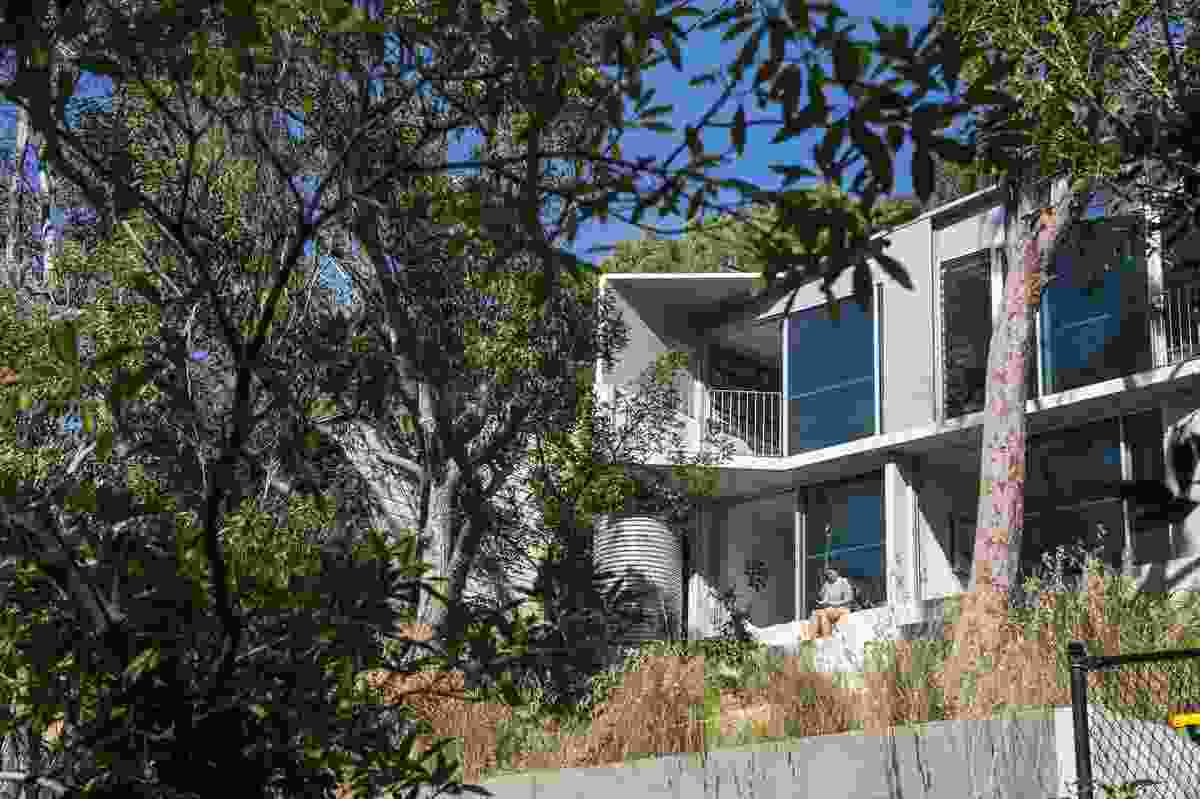 Killcare Bush House (2017) is an experiment in responsive design. 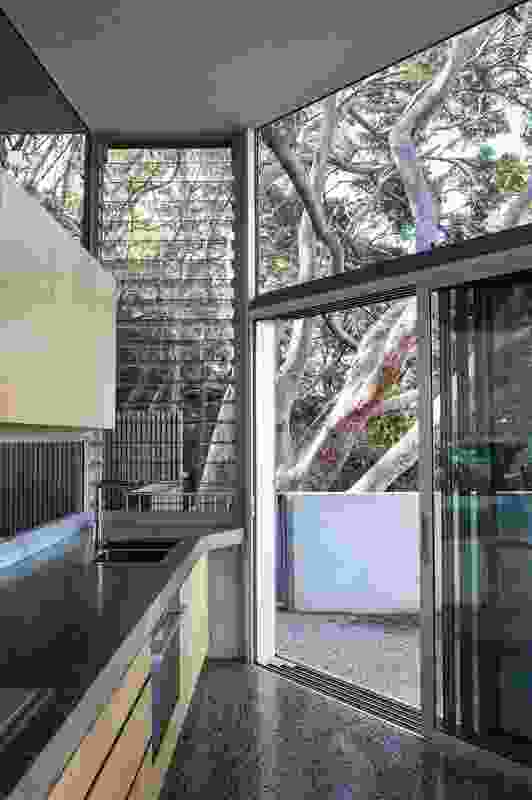 Durable material combinations result in spaces that are robust, uncluttered and suited to context.