The public life of a private home

The making of the Wattle Avenue House in Mildura was the subject of a special Our Houses talk during the 2012 Melbourne Architecture Annual. Director of Regional Arts Victoria Esther Anatolitis recalls the event, which brought together architect Jan van Schaik and his clients Stefano de Pieri and Donata Carrazza, to tell the story of their creative journey.

When is a private building a public building? Is it when its architectural boldness invites a public response? When some or all of its spaces welcome public interaction? Or when its owners are public figures? Houses magazine’s most recent Our Houses talk focused on Mildura’s Wattle Avenue House, and brought together the public clients and the public architect for a frank and intimate discussion about their home.

Stefano de Pieri was an early contender for the title “celebrity chef.” His career has spanned politics, public service, arts and culture, and he and his partner Donata Carrazza were founders of the Mildura Arts Festival. Architect Jan van Schaik’s Melbourne-based architecture practice, Minifie van Schaik, is focused on public buildings – however, he made an exception for Stefano. Jan shares Stefano’s recognition of Mildura as a place which has long identified itself through its architecture and public buildings: Mildura’s nineteenth-century and art deco icons include theatres, banks, a power station, hospital and military buildings, as well as private residences. It’s a place where strong architecture is very much at home.

Addressing this, Jan once set his RMIT University students the challenge to imagine a solar future for Mildura, manifest in both energy use and architectural form. Evoking Japan’s Kumamoto Artpolis, Jan described how that city’s choice of brilliant architecture as a means to economic renewal has now become a big tourist drawcard, and he sees that same potential for Mildura.

Making a strong statement about Mildura’s heritage as well as its future, Stefano chose the restored former brewery for his restaurant; for his own home, Stefano hoped to extend a gesture towards Mildura’s design history. “I wanted to capture the sense that Mildura was created around Alfred Deakin’s table, not organically.”

That sense of deliberate construction was indeed carried into the design of the house, where Jan explicitly sought to create a tension between the old and new parts of the house so that the experiences of “original” and “extension” were ambiguous.

The talk was peppered with images from the Wattle Avenue House construction as well as the home today (reviewed by Robert Nelson in Houses 88, October 2012). Jan’s account of the design and construction of the house was warm with the intimacy of the friendship that developed through the process. While Stefano had fixated on having a massive kitchen sink, for example, the original design was so deep that Donata couldn’t reach in far enough to pull out the plug.

Stefano and Donata are prominent public figures in Mildura, meaning Jan’s Wattle Avenue House is ostensibly a public building. Reflecting on his choice to work on a private house, Jan describes having developed a new perspective on the intimacy needed in designing successful public buildings.

Stefano is very ambitious for Mildura and its region, and deeply proud of a heritage that extends well beyond its architectural icons. The discovery of the Lake Mungo remains, some ninety kilometres from Mildura, revolutionized Australia’s understanding of the duration of Indigenous settlement, pushing it back well beyond forty thousand years and rewriting the history of human evolution. Stefano spoke passionately about the need to return human remains taken from the site for research purposes, and the need to establish a UNESCO world heritage site as an important reconciliation gesture. He sees a crucial role for Mildura here.

For Stefano, Mildura is a significant and unique cultural centre – a leader and a catalyst. For his home, Jan has designed a forceful, practical and evocative space, around whose tables any contemporary Deakin would be inspired to hatch ambitious new plots. Word is, Stefano is open to house guests – but he has an ulterior motive: “Move to regional Victoria,” he exclaims, “and enjoy your life!”

The Our Houses talk series (by Houses magazine) held Food for Thought at the Treasury Theatre on 25 October, as part of the 2012 Melbourne Architecture Annual, themed community. Wattle Avenue House won the 2012 Australian Institute of Architects (Vic Chapter) Award for Residential Architecture: Alterations and Additions, and is reviewed in Houses 88 (October 2012).

The public life of a private home 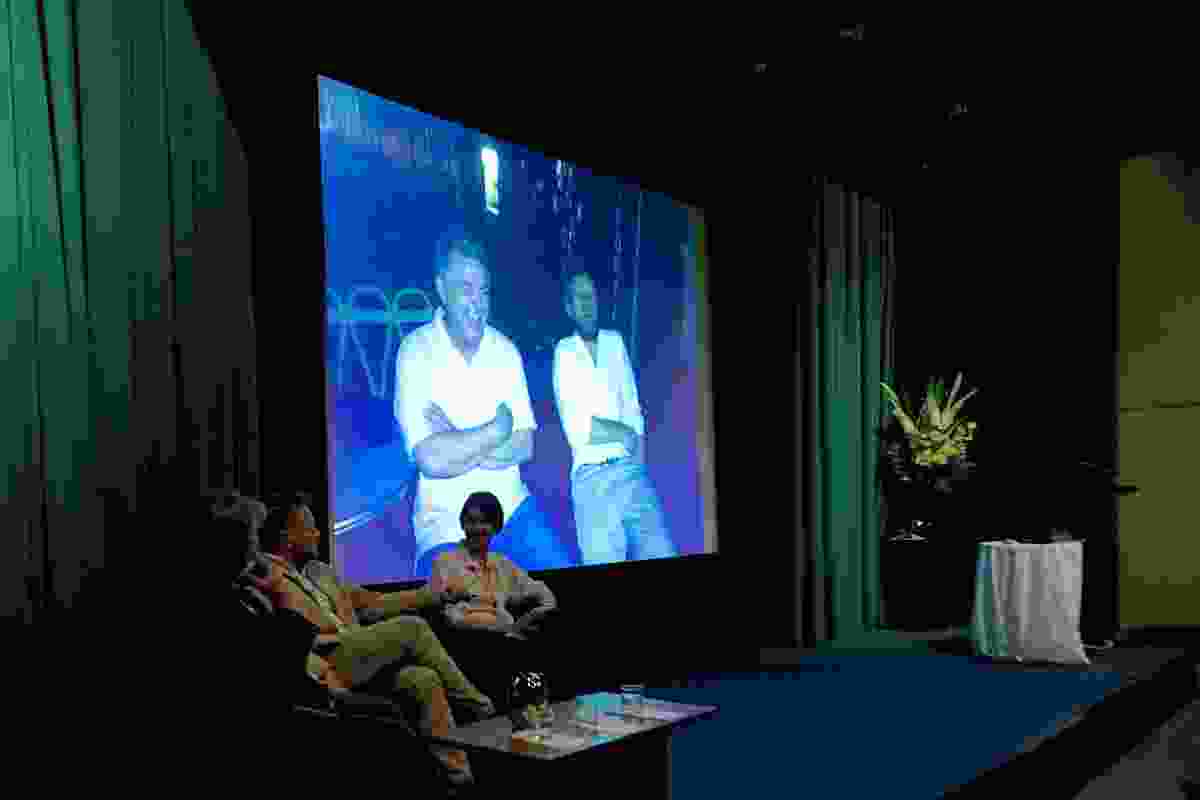 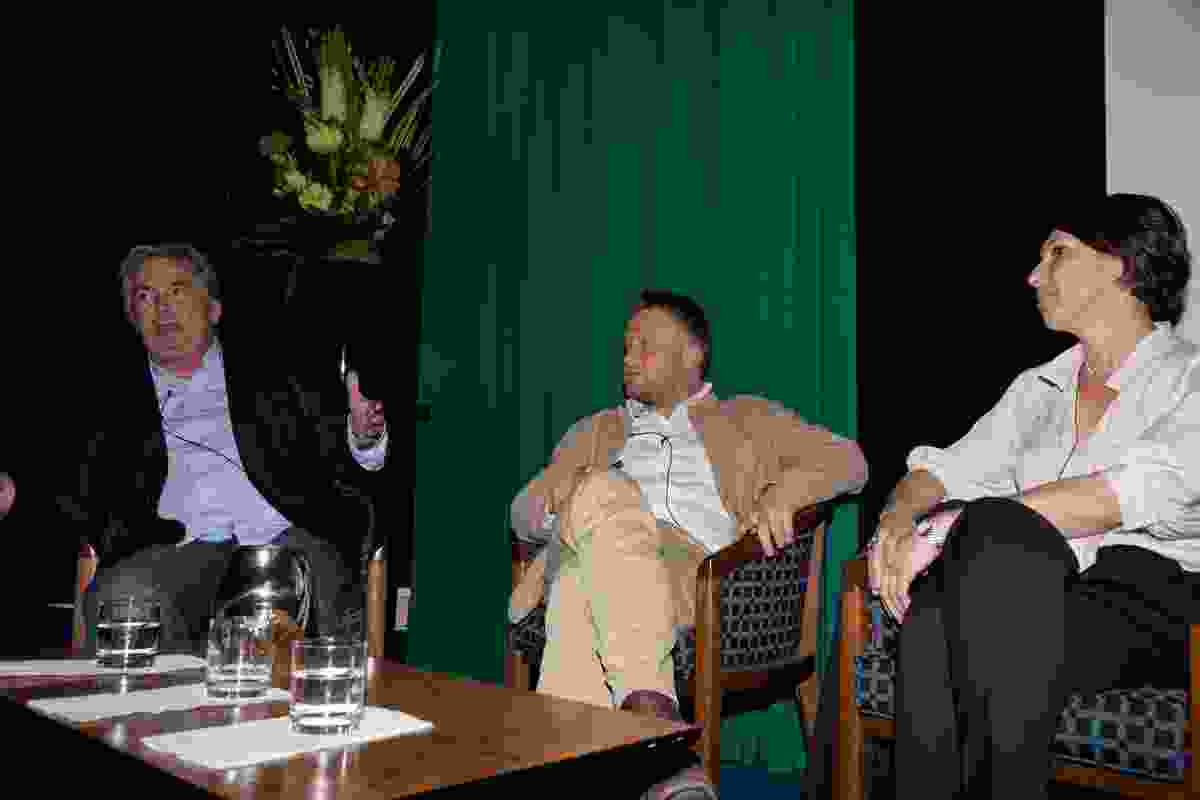 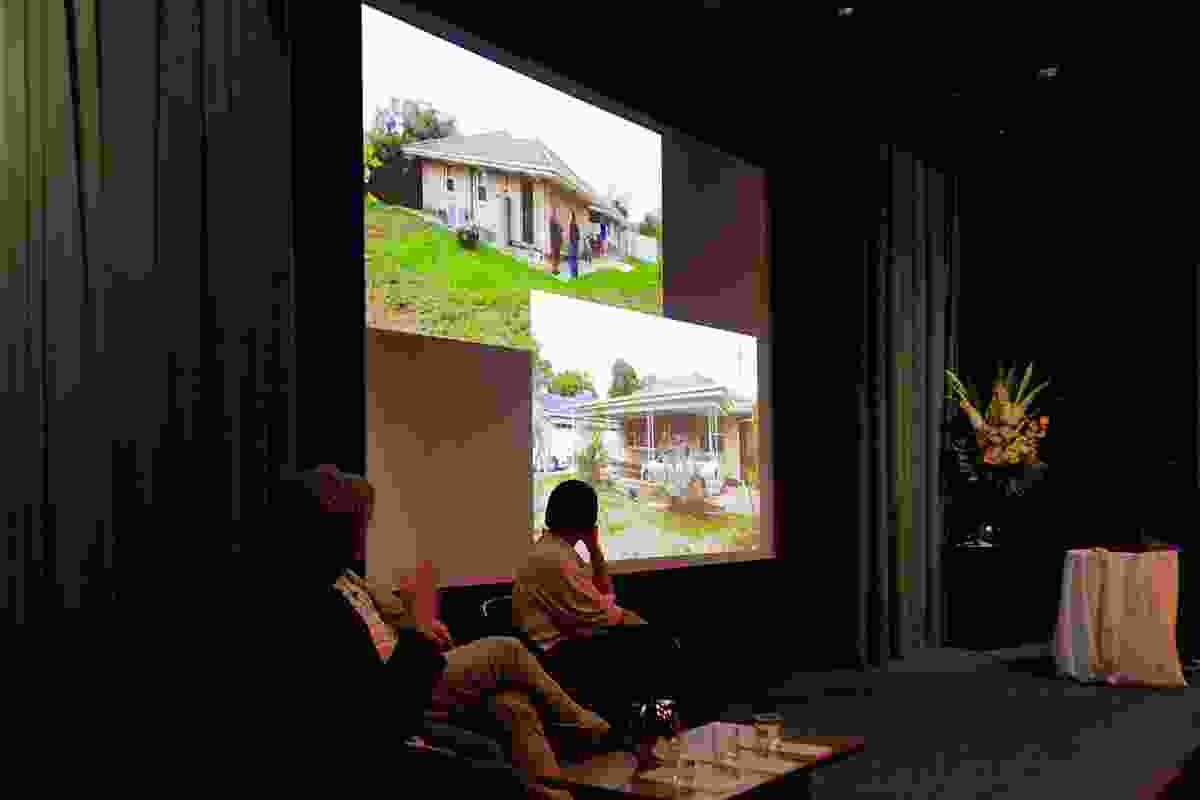 A show-and-tell about the creative journey of the architect and his clients. 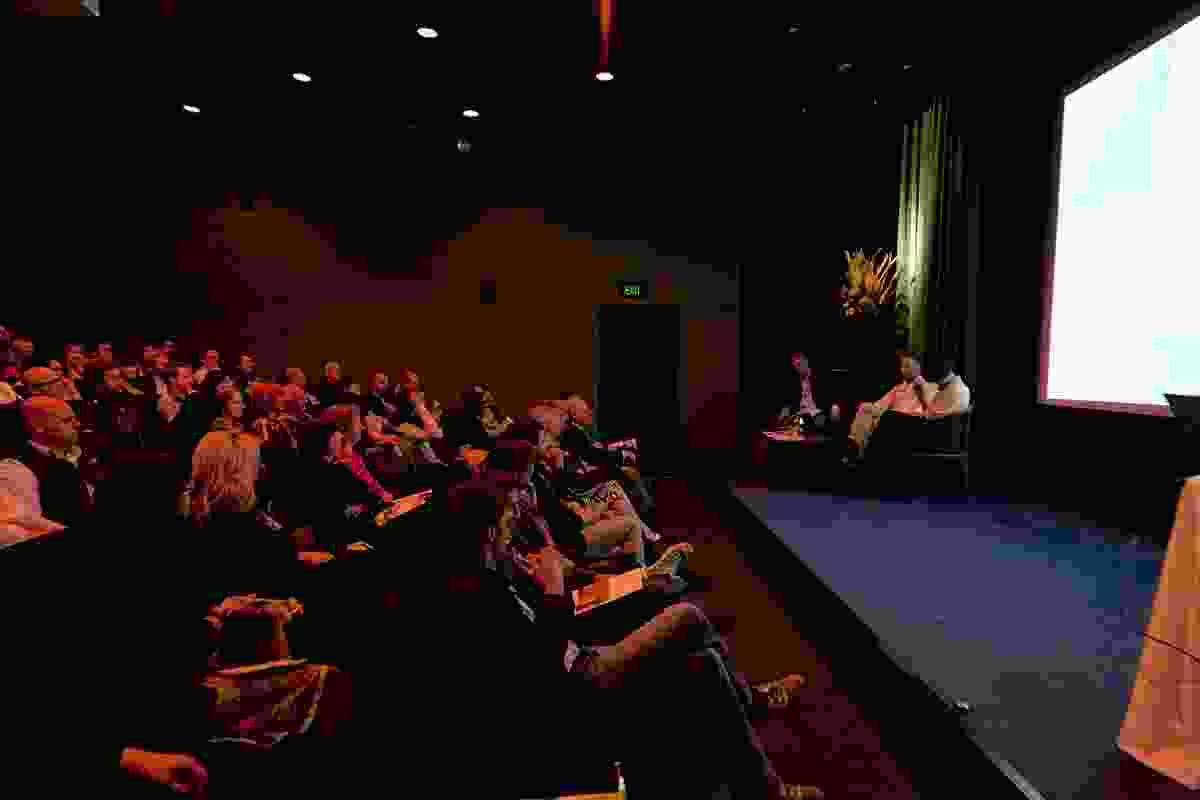 This kind of show-and-tell appeals to people of all ages and stages. 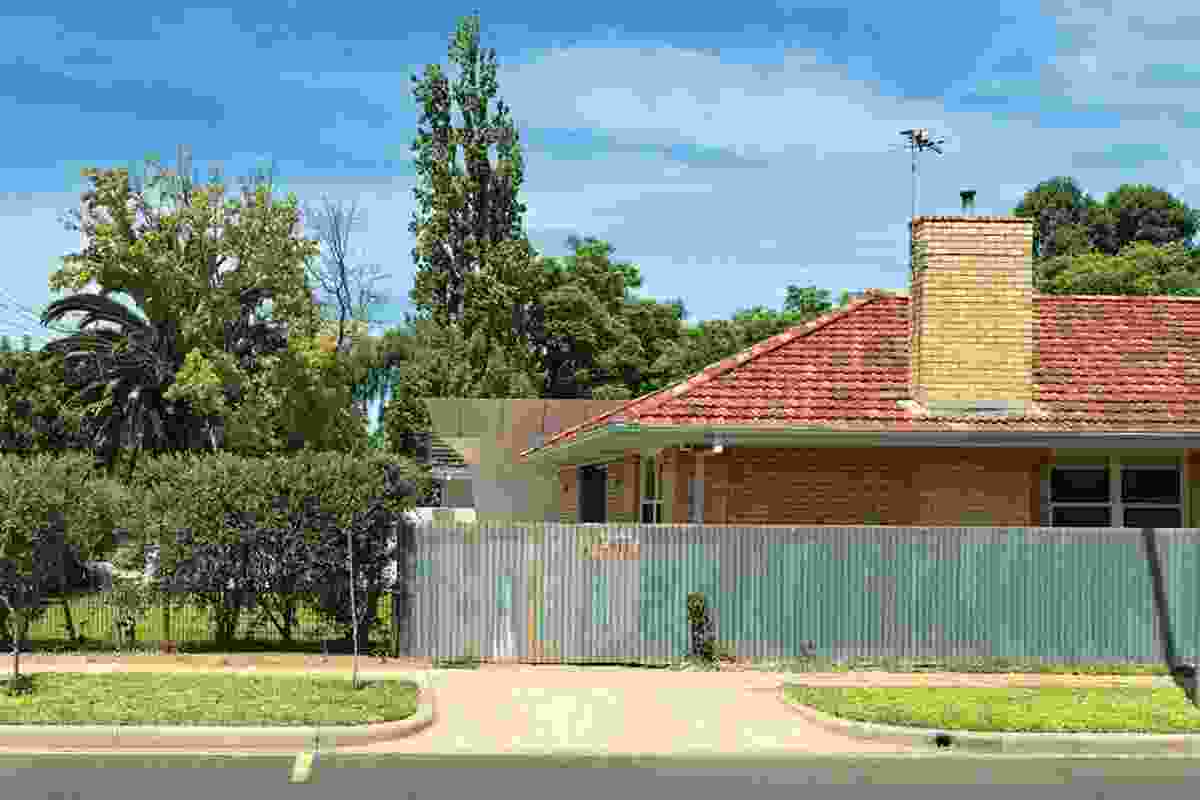 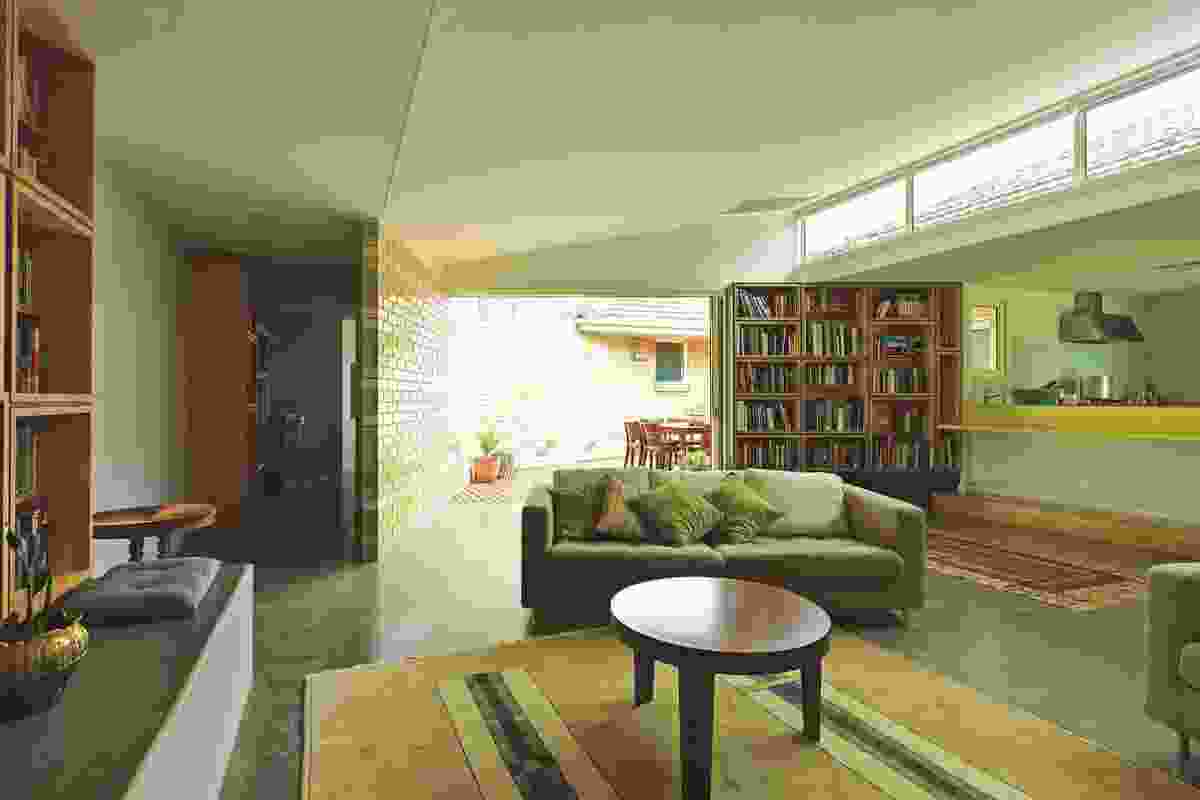 A new space at the Wattle Avenue House wraps into the old. 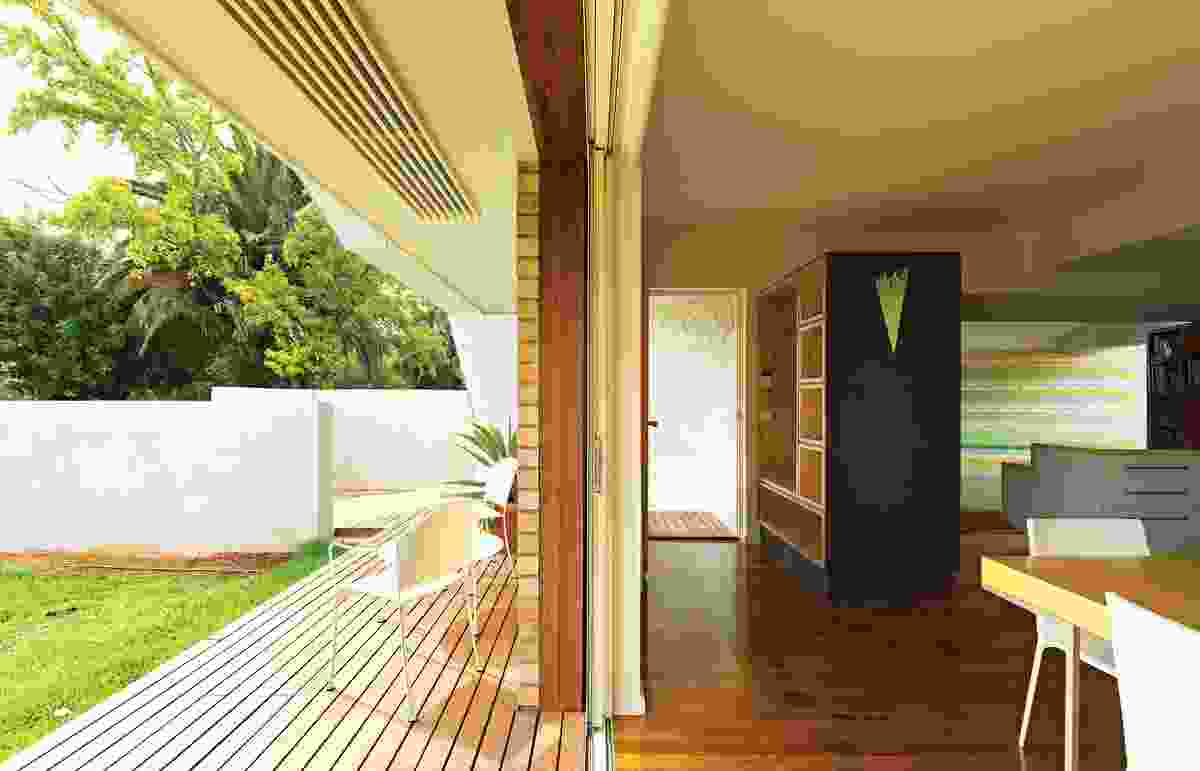 Boundaries between old and new are blurred without compromise to either. 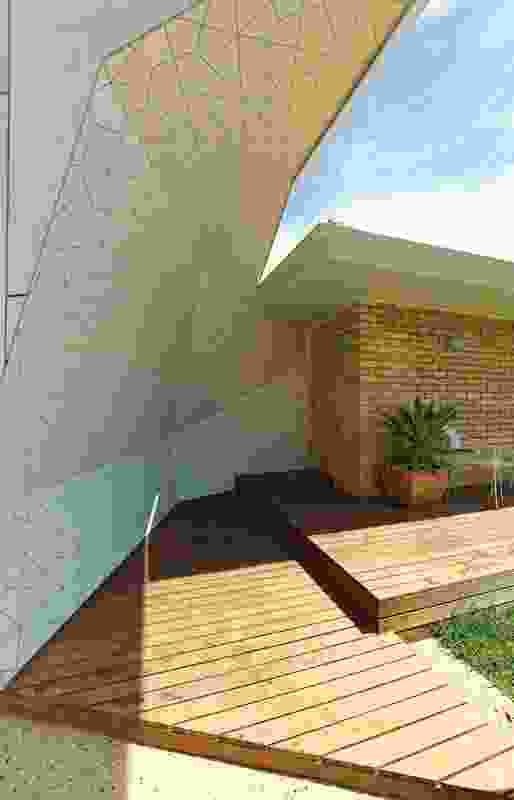 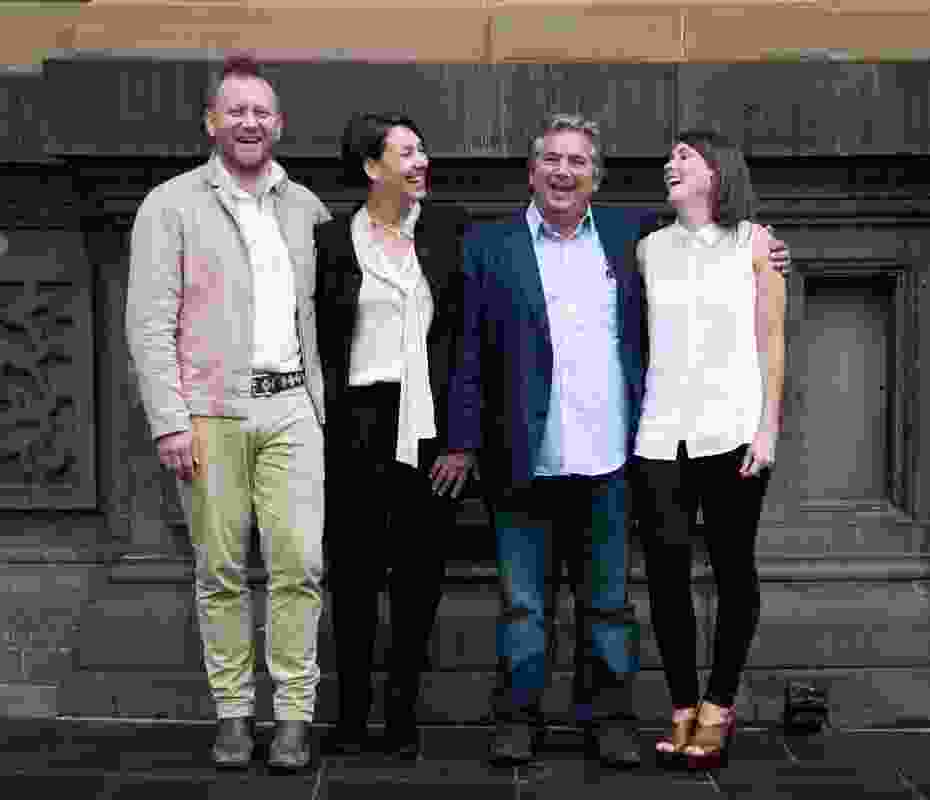