The Office of the Victorian Government Architect has shown support for the Melbourne ‘sky rail’ proposal.

The Office of the Victorian Government Architect (OVGA) has publicly supported the Melbourne “sky rail,” describing the elevated rail proposal recently unveiled by the state government as “showing a serious commitment to design quality.” The OVGA’s support for the project comes following concerns it expressed in 2014 in response to early concept designs for level crossing removals.

Under the $1.6 billion proposal to elevate sections of the Cranbourne-Pakenham train line, nine level crossings would be removed, five new train stations would be built and large areas of new public space would be created. Cox Architecture designed the train stations and landscape architecture practice Aspect Studios designed the areas of public space that will result from the elevation of sections of train line.

The current state government has promised to remove 50 level crossings across Melbourne.

The OVGA praised a shift in the approach to the level crossing removal projects, saying design quality is now considered a critical consideration. It said the proposal for the “sky rail” meets high quality international design benchmarks and enhances the public realm – however, it warned the project’s success depends on the proposal being adopted in full.

In 2014, the OVGA responded to early concept designs for level crossing removals in the ‘Lessons Learned’ paper, expressing concern at a lack of integrated and collaborative design consideration. In the paper, the office said that an elevated road or structure “will have a significant physical presence and impact on a place and is typically not a preferred solution,” and described lowering sections of rail as “the most supportable solution in most circumstances.” The paper also noted that where an elevated rail is the only solution, a commitment to ensuring a high quality outcome for the place is necessary.

In the ‘Lessons Learned’ paper, the office also emphasized the need for the expertise of design professionals in the development of level crossing removal projects and the capacity for the projects to serve as an impetus for urban renewal. Key design issues that the paper identified included the need to design for pedestrians to avoid the development of a “road barrier” due to increased traffic efficiency and the need to consider masterplans for affected areas to plan effectively for the future.

The OVGA told ArchitectureAU that it was not able to provide more specific information about which elements of the new design it considered successful. 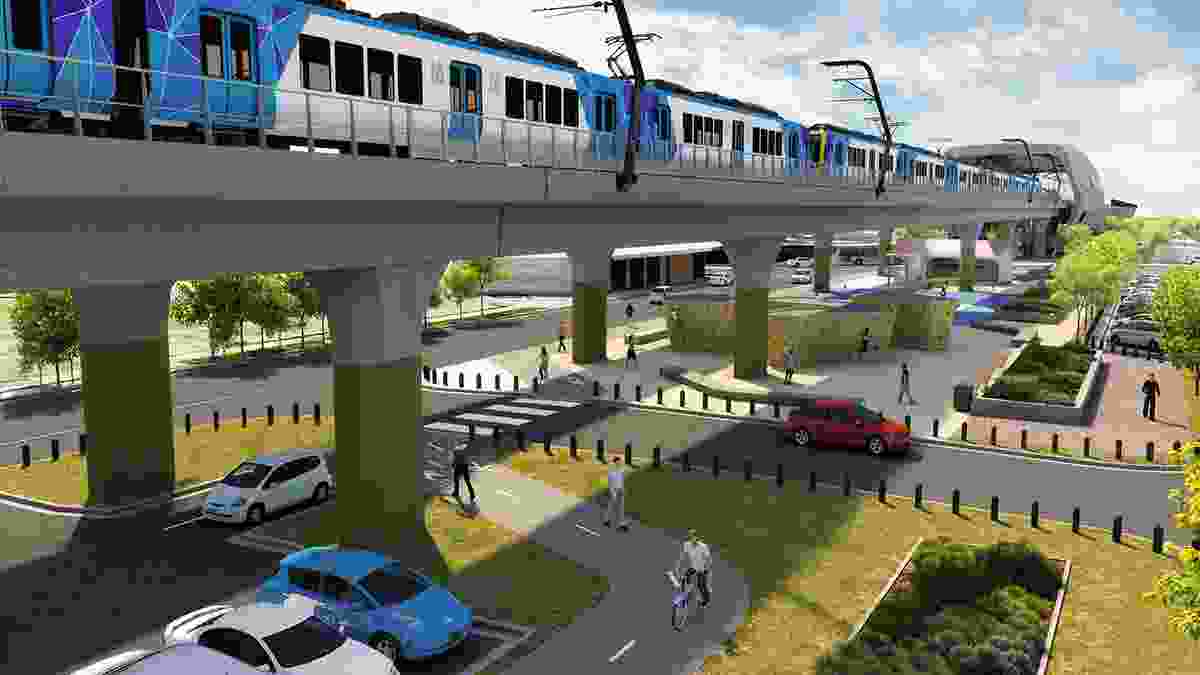 The Office of the Victorian Government Architect has shown support for the Melbourne ‘sky rail’ proposal.