Kampung Admiralty by WOHA, the 2018 WAF Building of the Year. WOHA’s co-founder Richard Hassell is on the Asia Pacific jury.

A US$2 million sustainable architecture competition billed as “the word’s most significant” of its kind has announced the jury for the Asia Pacific region.

Entries are drawn from around the world, with region-specific juries considering projects from Europe, North America, Latin America, the Middle East and Africa, and the Asia Pacific.

The Asia Pacific jury for the 2020 awards will be headed by Nirmal Kishnani, architecture professor at the National University of Singapore and a leading advocate for “green” design in Asia.

Also on the nine-person panel will be Richard Hassell, the Australian co-founder of Singapore practice WOHA, which over its 25-year history has established itself at the forefront of sustainable design.

The jury also will be complemented by members of the Academic Committee of the Lafarge Holcim Foundation for Sustainable Construction, a non-profit organization sponsored by Franco-Swiss building materials giant Lafarge Holcim.

The result of the 2014 merger between French company Lafarge and Swiss company Holcim, Lafarge Holcim is the world’s largest producer of cement – a material that contributes to around eight percent of global CO2 emissions annually, according to a 2018 study by Chatham House. The company says it is committed to reducing emissions, however, and has a goal to produce 40 percent less net CO2 per tonne of cement than it did in 1990. The group has reduced its net carbon emissions per tonne of cement by 25 percent since 1990.

The Lafarge Holcim Foundation seeks to “advance the discourse” on sustainable construction, including through its awards program.

The competition is open for entries until February 25, 2020 and recognizes projects and concepts from architecture, engineering, urban planning, materials science, construction technology, and related fields. 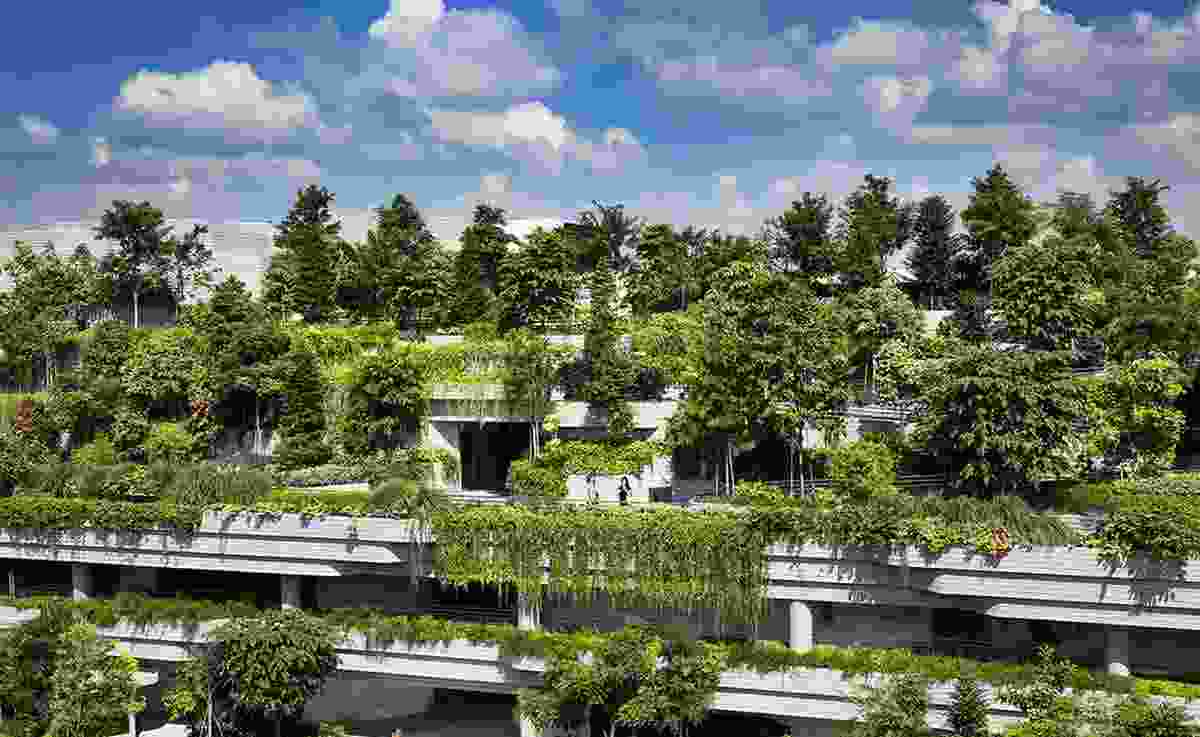 Kampung Admiralty by WOHA, the 2018 WAF Building of the Year. WOHA’s co-founder Richard Hassell is on the Asia Pacific jury.