A comprehensive analysis of census data has identified both encouraging and worrying trends in terms of womens’ participation in architecture.

The Parlour Census Report 2001-2016: Women in Architecture in Australia was produced by researcher Gill Matthewson for Parlour. Matthewson was previously responsible for collecting data for a groundbreaking research project by Parlour that, in 2012, formally identified for the first time the scarcity of women at senior levels in Australia’s architecture practices and the “devastating” and statistically unbalanced loss of women from the profession. This project was later compiled and published in Architecture Australia, and can be found here.

The report, which compares four Australian Censuses supplemented with data from other organizations, warns that “the story of women’s participation in Australian architecture is complex,” and that broader rises in the participation of women – who made up 20 percent of people self-identifying as architects in 2001 and 31 percent in 2016 – could “obscure other patterns.”

Writing for ArchitectureAU ahead of the release of the report, Matthewson noted that the Parlour report presaged the inclusion of gender equity in the “national conversation in architecture.”

“There is increasing attention paid to other inequities and how these intersect,” said Matthewson, with the report contributing to the formation of a number of groups and organizations that did not exist before 2012, including the Australian Institute of Architects’ National Committee for Gender Equity, state Gender Equity Taskforces, and the NSW-based Male Champions of Change.

“There is no doubt that women have steadily increased their share of most of the available metrics,” said Matthewson. “This growth is not unexpected. Since the mid-1990s, women have comprised more than 40 percent of all architectural graduates and these graduates have “flooded” into the profession.”

“But,” she added, “my analysis of all the available data also shows that the growth in the proportion of women is more sluggish than might be expected from the ‘flood,’ and suggests that gender-based bias impacts more severely upon those in the architecture profession as they age.”

The report also looks at a range of other markers, including pay disparities, hours worked and business ownership, in detail.

In her ArchitectureAU article, Matthewson said that as inequities continue to appear to be embedded in Australian architecture despite the cultural shift that has occurred since 2012, more energy should be spent on collective and organizational pushes for change.

“If we are to see equivalent and serious change in the metrics that currently demonstrate the continuing inequity in the profession,” she said, “we need more than individual women ‘doing it for themselves,’ as successful as that has been. The message of the power and importance of equity needs to be activated in every nook and cranny of the architecture profession, individually and collectively. The Parlour reports are a means for us to develop strategies for that activation.”

The Parlour Census Report can be accessed here. Watch Gill Matthewson’s presentation of her report here. 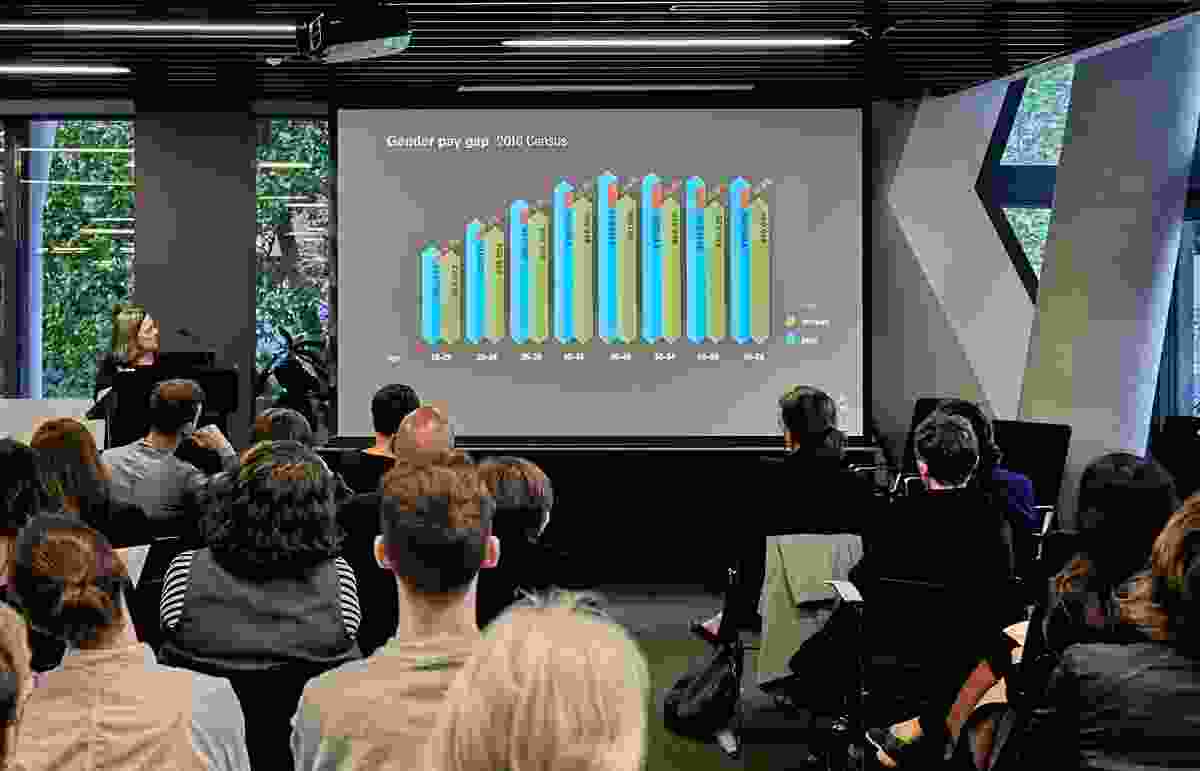