It takes a disaster for property purchasers to take notice of land hazard risk, study finds

A collapsed building in central Christchurch.

Property purchasers may be under-informed about the exposure of a property to damage by a natural disaster, according to researchers from RMIT University.

A new study that looked at house prices in Christchurch, New Zealand, before and after the 2011 earthquake suggested that it takes a highly destructive event for disaster risk to be accounted for in house prices.

Callum Logan, senior lecturer from the RMIT Centre for Urban Research, said, “Although this is not an Australian bushfire or flooding study, the learning points equally apply here in Australia.”

Once adjusted for usual differences in house prices, Logan found that before the earthquake consumers barely took notice of land hazard risk in their purchasing decisions, despite the availability of this information being legally mandated and easily accessible. After the earthquake, property prices rose as people purchasing property began paying premiums of up to 18 percent for houses on lower-risk sites.

“This finding matches social research on risk perception that suggests inexperience of certain risks will result in underestimation of the risk,” said Logan. “However, once experienced, that reverses abruptly.”

While earthquakes are more easily dismissed as a threat because of their infrequency – while there are more than 15,000 every year in New Zealand, for instance, most of them are too small to feel – a changing climate means that information about flood and bushfire-prone areas, the most frequent and dangerous natural threats in Australia, need to be reassessed and updated more often than they currently are. “Along with proper development zoning, adaptation to climate change requires constantly updating information about flooding and bush-fire prone areas,” said Logan. “This information allows purchasers to make informed decisions about the likelihood of a risk occurrence, assess mitigation strategies, price the risk and determine a property’s value for them.”

“Collecting and studying risk information is one thing - portraying risk in a way that’s understood by consumers is another.”

However, Logan said, simply providing information about risk may not matter if the population does not understand it. In Christchurch, the most damage to property came not from the earthquake itself but from soil liquefaction, a phenomenon where the shaking caused by an earthquake causes soil to liquify. While it is not known how many people in Christchurch knew or understood what liquefaction was before the earthquake, or what effect it would have on housing, Logan said that it was likely that it was not generally well known.

“Collecting and studying risk information is one thing, portraying risk in a way that’s understood by consumers is another,” Logan said.

This is all complicated by the fact that people are likely to disregard statistical evidence and believe that a natural disaster is unlikely to ever actually affect them. “Risk perception research suggests that despite providing information about risk, people naturally have an optimistic bias – (i.e. “it won’t happen to me, it will happen to other people”).”

Logan pointed out that property owners are “saddled with the burden of balancing information about risk with the frequency of event.” For example, bushfire-prone areas may, after a fire, not be prone again for another for 50 years. Likewise, a one-in-fifty-year flood could occur twice in 100 years but not once in the first 50.

“This study’s findings have important implications for governments and authorities responsible for identifying and communicating information about all natural hazard risk such as earthquakes, flooding and bushfires. Authorities must also be resourced to identify and classify the risk, as this information forms a significant part of the information set used by prospective home owners, investors, businesses, the insurance sector and lending institutions to inform their decision making.” Logan said.

It takes a disaster for property purchasers to take notice of land hazard risk, study finds 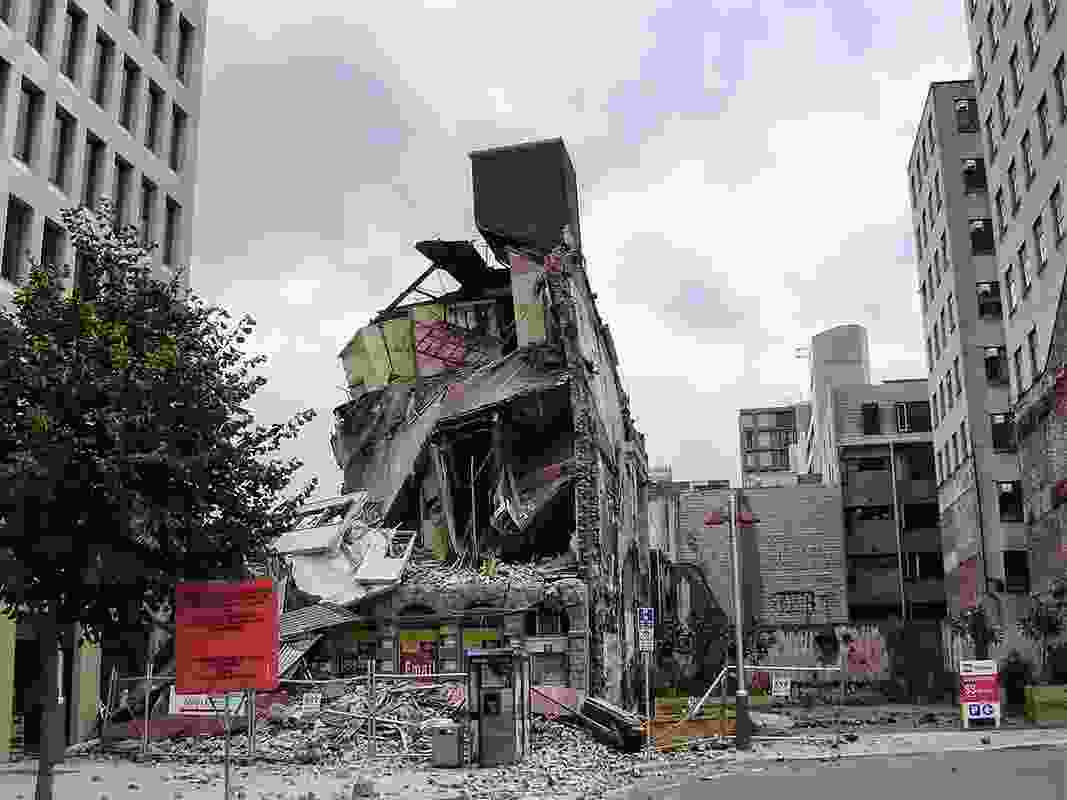 A collapsed building in central Christchurch.