Norman Day reviews that RMIT exhibition about the life and work of the extraordinary Melbourne architects Edmond and Corrigan, whose creativity expanded into theatre and costume design, visual art, literature and learning.

Peter Corrigan and his partner in life, architect Maggie Edmond, have made a vast difference to the shape of our constructed world and this exhibition sets an important benchmark on the practice. As RMIT curator Vanessa Gerrans focuses on Peter Corrigan’s life and work, we recognize his generosity of spirit and how much his influence has guided other architects – by example, badgering, challenging and encouraging.

But it has been a multifaceted offering, complicated by his talent and ambition, coloured by his religion and judgment, and tuned by his choice of running mates. Probably his deep interest in Australian culture – sport, art, literature, theatre and learning – aligned with an intoxicating devotion to the cultural brawl, has galvanized a highly charged approach to making architecture.

He is a sublime thinker and salesperson, able to transfer his demands to others so that they become believers. He would have made a great AFL coach (or cinematic director). He has been a stand-out teacher of architecture at RMIT University for over forty years.

To be fair, I should state that I am a believer. I have spent many of the past years entwined with the Edmond and Corrigan practice and its work. It is a complex web that Edmond and Corrigan weave, using their ideas to represent theatre sets, churches, schools, houses, costumes, graphics and words in ways we did not before appreciate, enveloped within that great unspoken passion of creativity – faith.

Edmond and Corrigan build architecture with an obsession and intellect that transforms mere building. Their ideas are compelling, the expression is evident, the belief is electric – even if the detailing is sometimes mundane – but that’s the point, it is not about the detail.

Edmond and Corrigan build architecture with an obsession and intellect that transforms mere building. Their ideas are compelling, the expression is evident, the belief is electric – even if the detailing is sometimes mundane – but that’s the point, it is not about the detail.

The exhibition shows drawings, tracing paper sketches, models and photographs (many through the superb eye of John Gollings), along with bits and pieces of their office including bookshelves (with books), illustrations and signage. A cleverly structured film by Toby Reed and Anna Nervegna accompanies the exhibition. There are many images supplied by supportive friends, and theatre work is represented by sets, costumes and designs, which is the other life Corrigan has led since his days at La Mama Theatre.

I have been asked many times over the years, “Who is this guy? Why does he do it? What’s the idea? How do we get it? Why does it appear so difficult?” My response has been to wait; history will tell its story. This exhibition, which catalogues all Corrigan has been involved with, shows the depth and breadth of his offerings over time.

Architecture is often possessed by an elite who can afford it, like some kind of luxury allowed for those with wealth, standing and cunning. But Edmond and Corrigan’s contribution has been patient, driven by a need to contribute, informed by an active intellect and dedicated in no small way to celebrating the human condition of ordinary Australia.

The exhibition Peter Corrigan: Cities of Hope was held at RMIT from 12 April to 8 June 2013.

Read Rory Hyde’s review of Conrad Hamann’s book Cities of Hope: Remembered/Rehearsed about the architecture of Edmond and Corrigan.

Peter Corrigan received the 2003 Gold Medal and the 2013 Neville Quarry Architectural Education Prize from the Australian Institute of Architects. 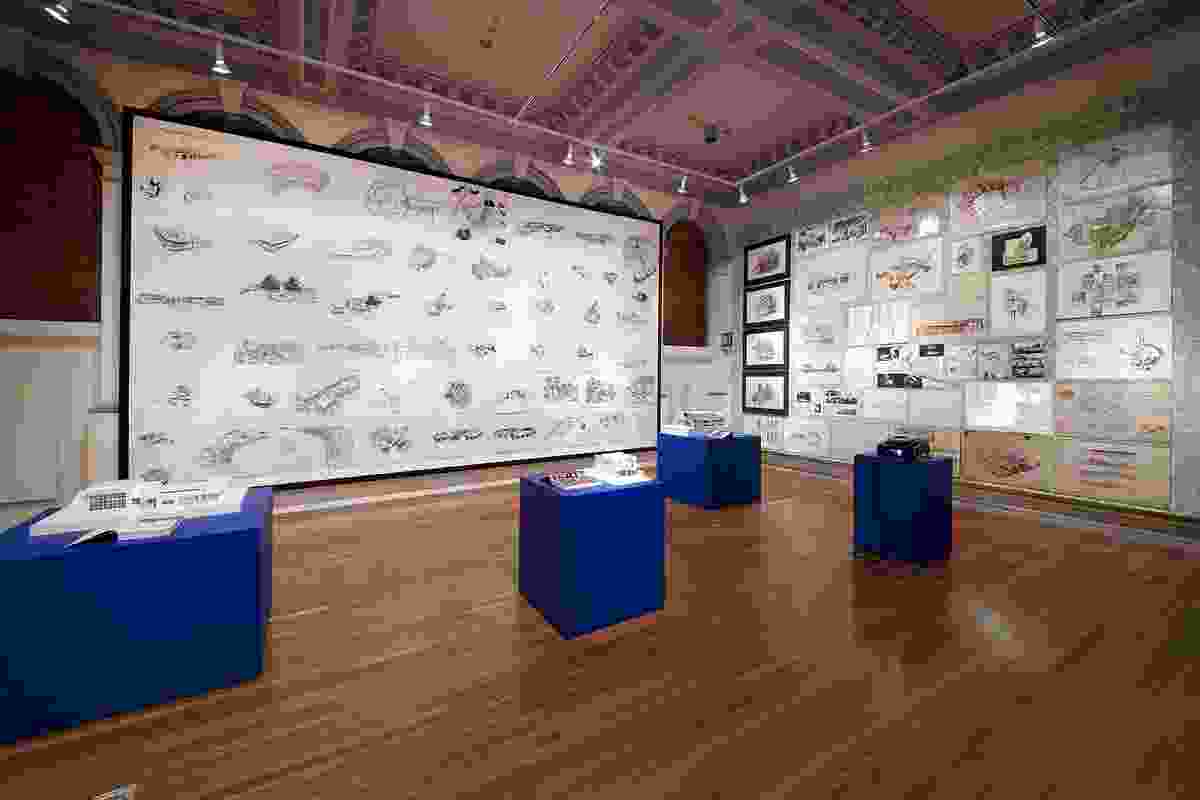 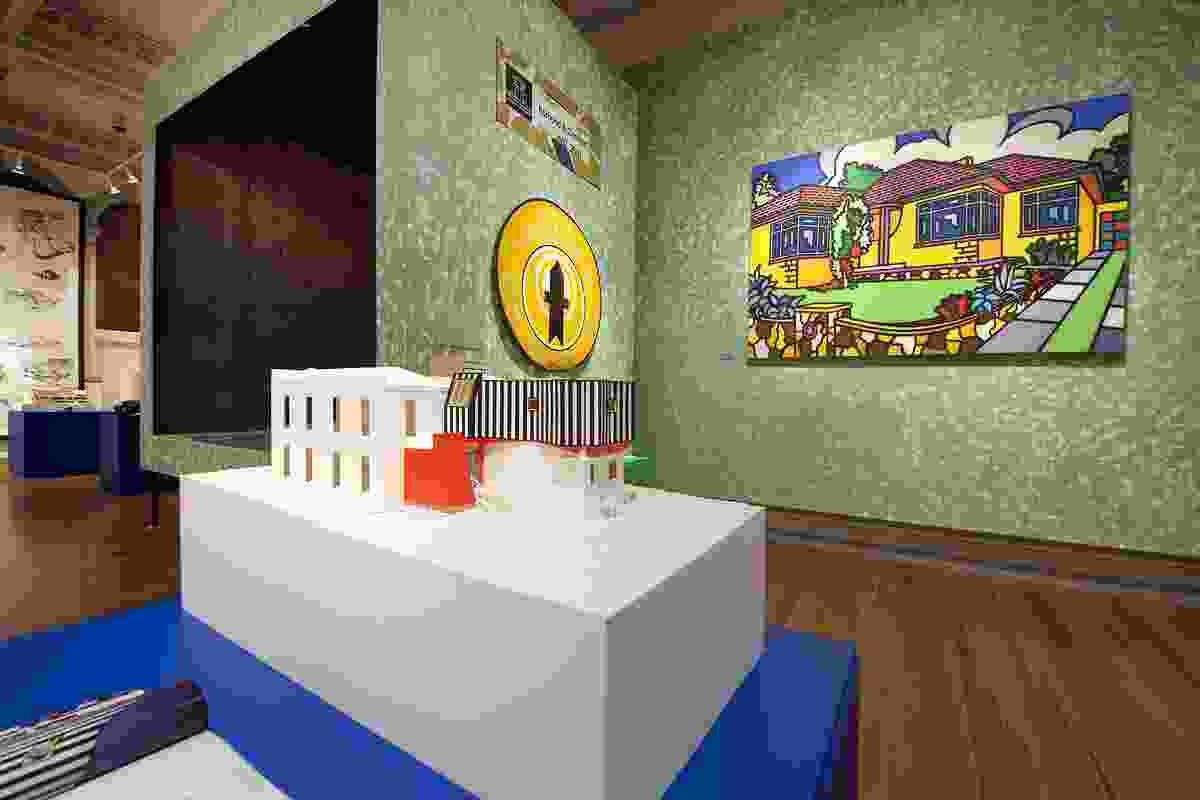 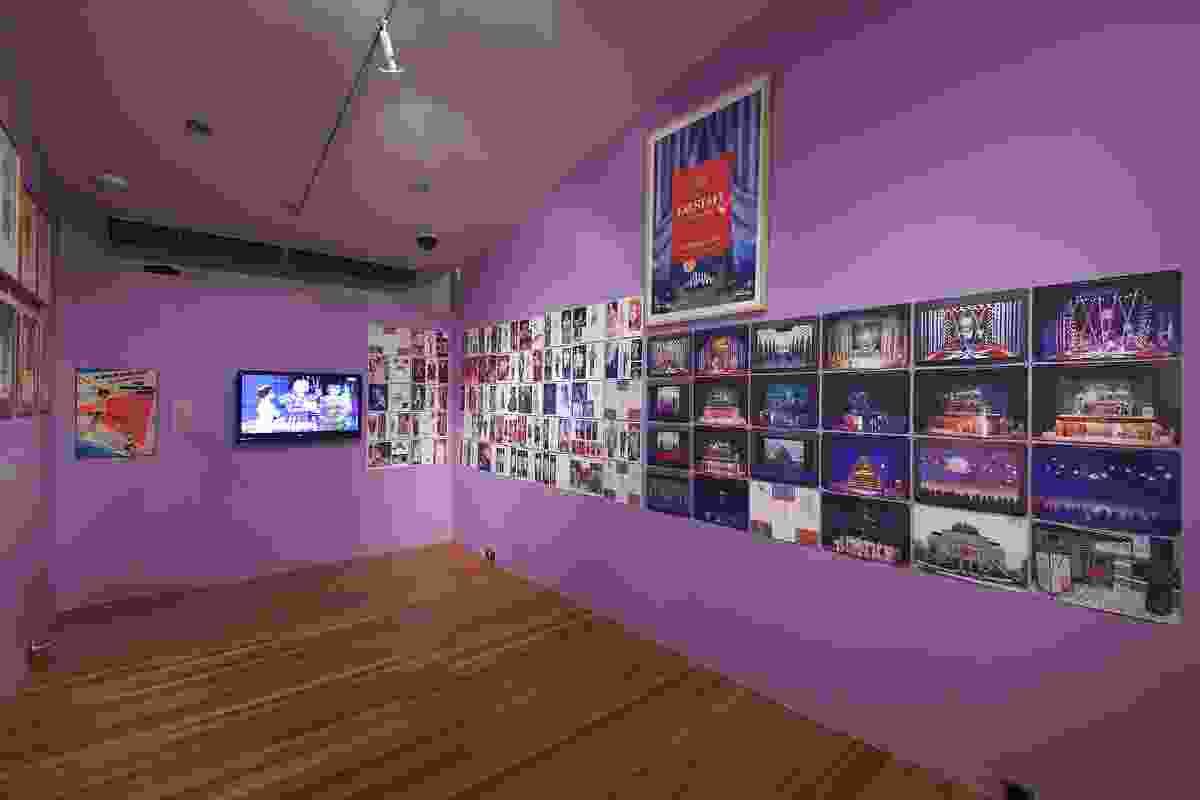 Sketches of Corrigan’s theatre sets, with videos of Giuseppe Verdi operas playing at either end of the small side gallery. 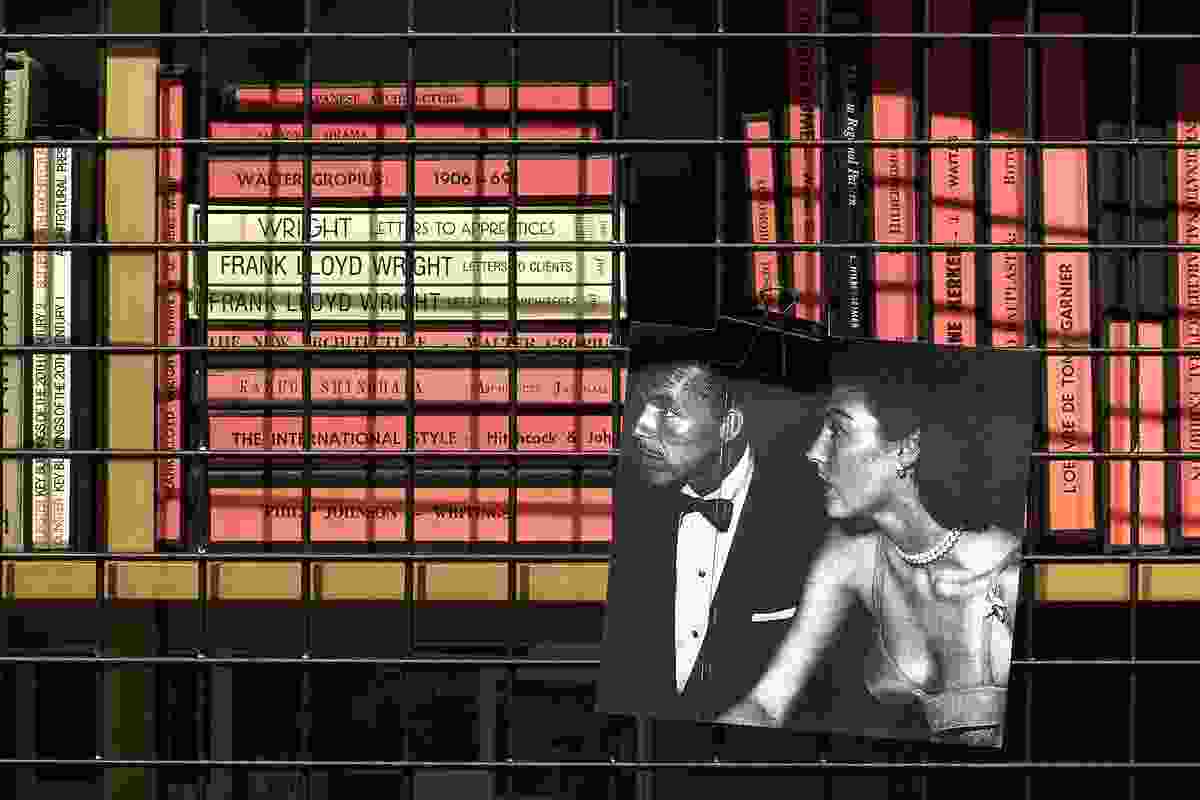 A selection of rare books from Corrigan’s extensive library, on show in the green room. 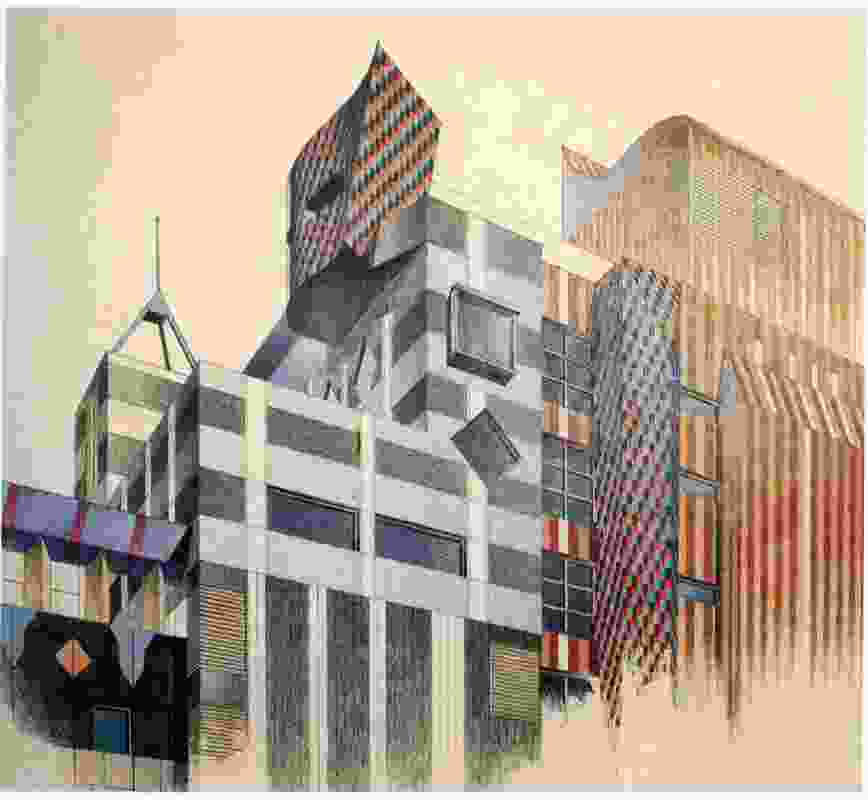 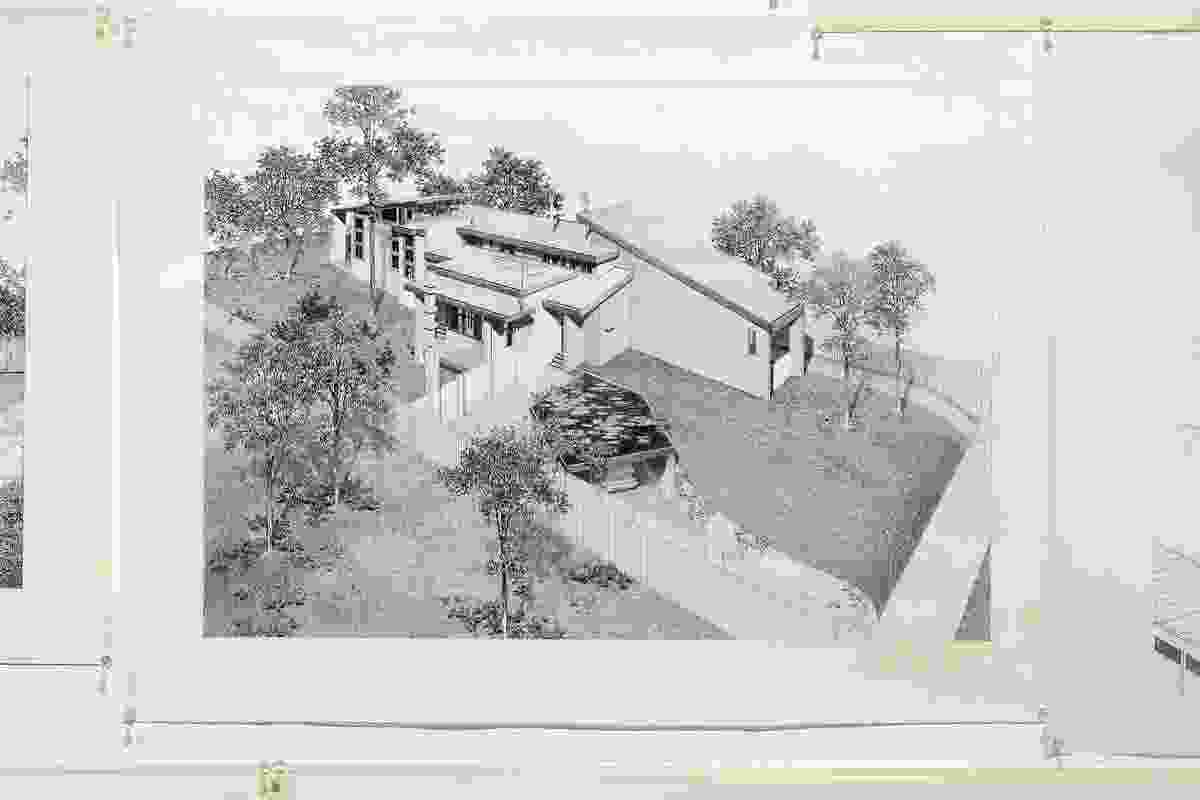