An updated version of Plan Melbourne, the Victorian state government’s formal planning document for the city’s development until 2050, has been released after a 27-month review. This version of the plan is a “refreshed” version of the document first released in 2014 under the former Liberal government.

The plan, which identifies both long-term goals to be achieved over decades and short-term policies and actions, associates the quality of the built environment with the city’s liveability, and asserts that “[promoting] urban design excellence in every aspect of the built environment” will become an increasingly important part of addressing the need to accommodate a quickly growing population in a way that does not negatively impact liveability.

The report identifies several challenges that metropolitan Melbourne is expected to face between now and 2050. Among them are a population growth from 4.5 to almost 8 million, demand for an additional 1.6 million homes, capacity to accommodate an estimated 10 million more trips a day on the city’s transport network, and an additional 1.5 million jobs in the local economy.

Managing development in different residential zones is a particular focus of the revised report. To accompany the release of the plan, Minister for Planning Richard Wynne announced a set of rules that attempts to increase the density of new housing construction without sacrificing green space or neighbourhood character.

But Stephen Rowley, an urban planner and lecturer at RMIT University, described the new rules as “puzzling” in an article for The Age, noting that restrictions on site coverage already exist, and that “only a few especially bad applications should fail to meet [the new rules].” The current Victoria Planning Provisions say that no more than 60 percent of a site may be covered unless this stipulation differs from the local schedule, and that 20 percent of a site’s surface must be permeable.

The effect of this, Hall argues, was a negative one because domestic backyards and shared green space have an “importance that goes beyond the interests of the individual household,” providing not only social and aesthetic functions but also ecological ones, as the “interaction of trees, plants and water is important in helping to make a more pleasant microclimate, especially in hot and dry Australia.” The reduction of space between houses also reduces natural ventilation, which in turn increases the demand for air-conditioning. Lack of outdoor space also eliminates the option for some ecologically friendly pieces of domestic infrastructure like large outdoor rainwater tanks or composters.

The Victorian government’s new rules fall well below the limits followed until the end of the 1980s, when houses generally covered 20 percent to 30 percent of the lot.

The updated Plan Melbourne has been released during a period in which the state government has been actively attempting to address the issues of housing affordability and availability, including the announcement of the creation of 17 new suburbs in Melbourne’s outer suburbs in February.

Elsewhere, the plan outlines ambitions to see a greater focus placed on social infrastructure like parks, sustained investment in transport, and a fixed urban boundary to contain Melbourne’s sprawl.

The updated plan also identifies seven specialised “national employment and innovation clusters” across metropolitan Melbourne that have significant potential as employment hubs if properly developed. Each of these clusters is specialised around a particular industry or activity, like a healthcare facility or university. These clusters are Monash, Parkville, Fishermans Bend, Dandenong, La Trobe, Sunshine and Werribee. 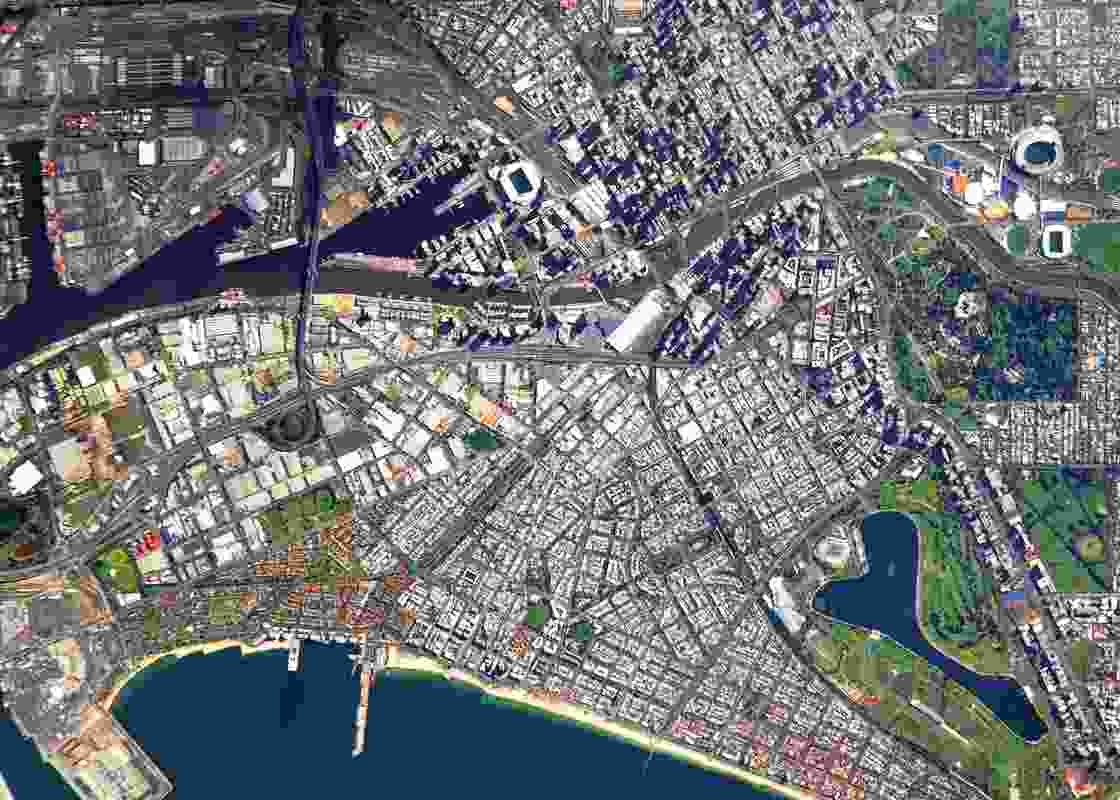