The proposed development at 166 Toorak Road by Bruce Henderson Architects.

A proposal for a mixed-use commercial and office building constructed in the airspace above the convergence of several railway lines at South Yarra railway station in Melbourne’s inner south-east has been lodged with the City of Stonnington.

The aerial “site” comprises the airspace space bordered by Toorak Road to the north, the Lover’s Walk pedestrian path to the east and the rear of the heritage-listed former South Yarra Post Office to the west.

Bruce Henderson Architects, which has its offices in the former post office building, is both designer and developer for the project, which proposes a terraced, four-storey building containing office and retail spaces and a smaller, two-storey retail and restaurant building connected to the larger building by a covered walkway. Part of the site would be set aside for “high-quality public plaza […] activated by adjacent high-quality cafes, restaurants and retail tenancies,” according to the project’s planners.

The development would also involve an upgrade to the waiting area for the Toorak Road tram stop directly opposite South Yarra station, which is currently restricted to a narrow footpath and heavily used during morning and evening rush hours.

In a letter attached to the application, VicTrack development manager Mike Stasiuk consented on behalf of the organization, which owns the airspace over rail lines in Victoria, to the use of the “site.”

The proposed building will sit just to the north of the Metro Tunnel’s southern portal – the point where the tunnel will connect with the existing rail network. The Metro Tunnel will controversially bypass South Yarra station. A report produced in 2016 by Stonnington council argued that a station should be constructed at South Yarra and that the Victorian government should invest in upgrading the area around the station, including a proposal for a civic plaza on the site that would be occupied by Bruce Henderson Architects’ proposal.

In an email to ArchitectureAU, Warren Roberts, City of Stonnington CEO, declined to comment on the specifics of Bruce Henderson Architects’ proposal but said the council was “committed to creating opening space across Stonnington and has explored a range of options to do this, including the undergrounding of car parks.

“As Stonnington has the second lowest [area] of public open space per capita of all Victorian councils, we look at options creatively and strategically and, if a proposal was appropriate, would consider the land above railways as an opportunity for this.”

Further south along the Sandringham line, at a site in the suburb of Windsor, a proposal designed by JCB Architects, Aspect Studios and SJB Planning was lodged with Stonnington council in March for a 20-storey residential over the railway corridor near Windsor station.

There are a number of buildings that have been constructed over railway lines elsewhere in Melbourne, including Media House – the Bates Smart-designed offices of The Age newspaper – that sits over the rail lines entering Southern Cross station.

The transmission of the ownership of railway airspace to private hands has been controversial. When Major Projects Victoria solicited expressions of interest for the private development of Federation Square East in 2014, opposition was encountered from some who thought the Victoria Government was turning over valuable civic space to private use. Federation Square East was a proposed expansion of land over the existing Jolimont railyards between Batman Avenue in the east and Federation Square to the west, which was itself built over the platforms of Flinders Street Station. 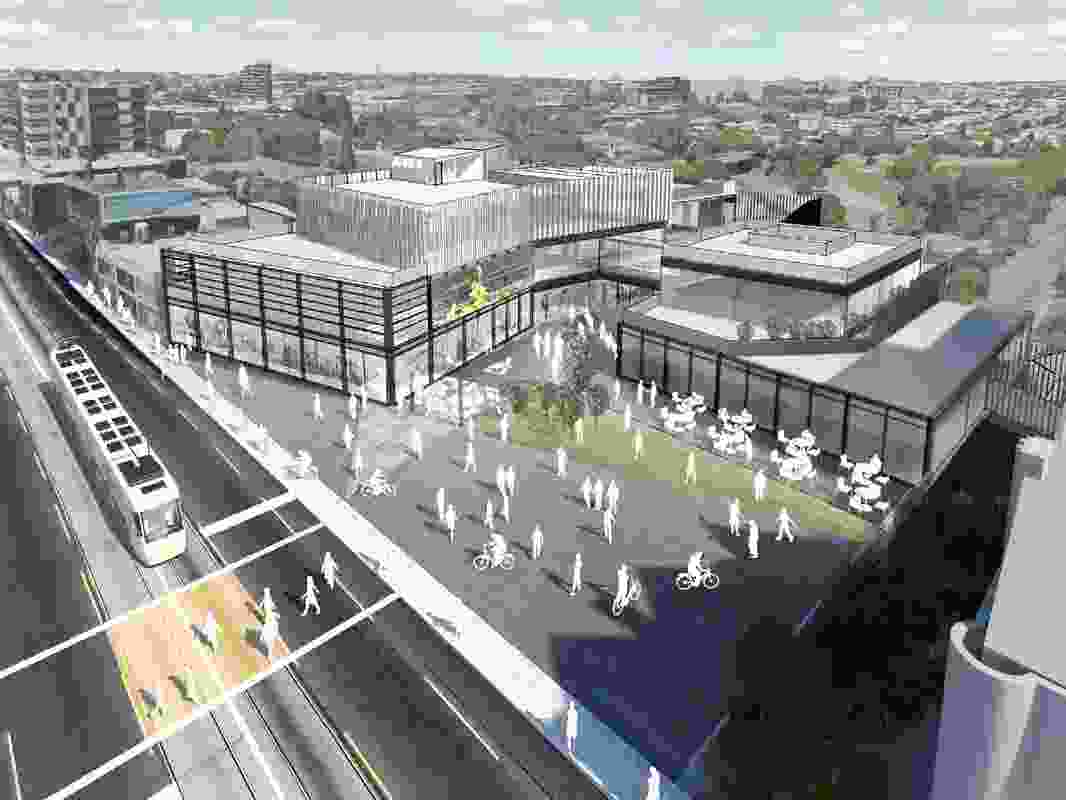 The proposed development at 166 Toorak Road by Bruce Henderson Architects. 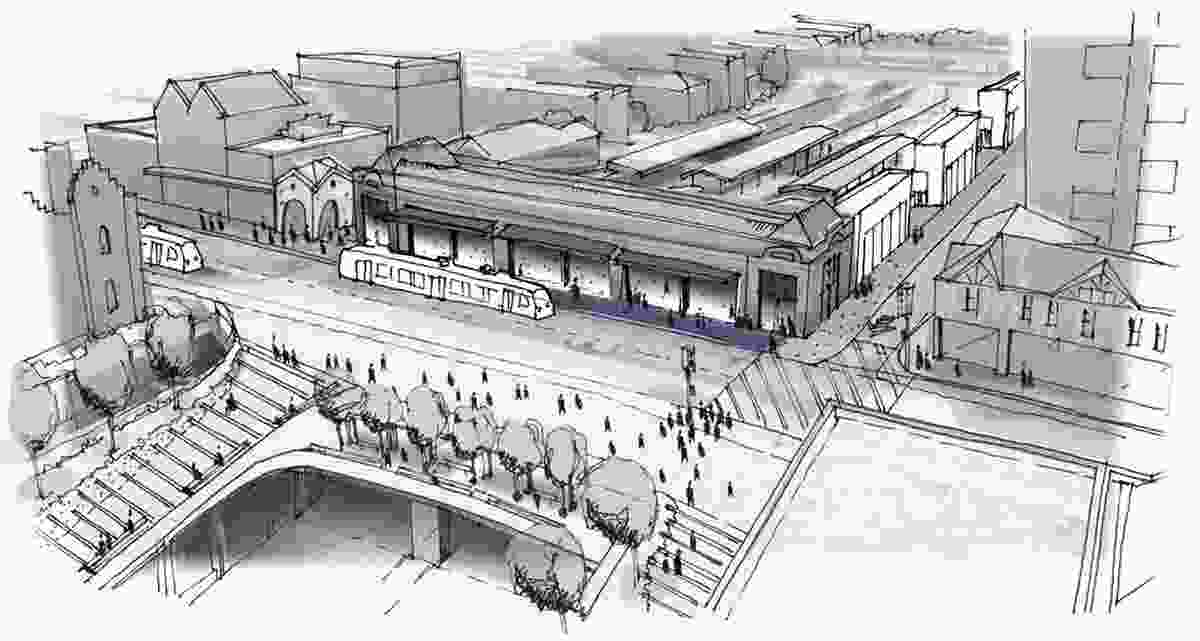 The City of Stonnington’s proposal for a public plaza on the 166 Toorak Road site.