Getting more out of ‘lazy’ land, such as this community housing built over a Port Phillip City Council-owned car park by MGS Architects, is a key strategy to reduce the shortage of affordable housing.

According to the amended Planning and Environment Act 1987, affordable housing is “housing, including social housing, that is appropriate for the housing needs of very low, low and moderate-income households.” Victoria faces a dire shortage.

This allows voluntary agreements with developers to provide 5-10% of new dwellings that will be affordable to households on very low, low and moderate incomes. An inclusionary zoning pilot on government land will result in “at least” 100 affordable housing units. The private development-led Public Housing Renewal Program will result in “at least” another 1,100 units.

But, given the scale of the problem, how much difference will this make? To make a real difference to housing stress and the risk of homelessness, Plan Melbourne’s commitment to using vacant or under-utilised government land needs to be scaled up and refocused. Our new report provides details on where, why and how government land could be used to boost affordable housing.

We mapped 195 hectares of government-owned land across 255 sites (see map below). This map shows Victoria has the opportunity to gain much more social benefit from its public land assets.

How big is the affordable housing shortfall?

When the state government strategies were released, we argued that the affordable housing strategy’s modest goal of 4,700 dwellings between 2017 and 2022 is a drop in the bucket.

According to our report, Victoria faces a deficit of roughly 164,000 affordable homes for very low and low-income households – and that’s before accounting for population growth of over 2% a year.

To highlight the sheer scale of the issue, we have compared the number of very low and low-income households with the availability of affordable units.

If we look at Vancouver in Canada, the city’s 2017 Housing Strategy aims for the equivalent of 300,000 dwellings for lower-income households by 2027. An essential part of this strategy is using all suitable and well-located vacant and under-utilised government land.

In April 2018, Vancouver also committed to provide 600 units of modular supportive housing for homeless people on vacant government land. By August, half of these units were complete or being built.

To identify such land in Melbourne, we started with a dataset of over 12,000 government-owned properties identified through title searches and Freedom of Information Act requests. We limited our search to government sites that were surplus, vacant or “lazy” – “lazy” land already houses low-rise facilities like community centres, health clinics, libraries, government offices, car parks and childcare centres but is also compatible with accommodating affordable housing. We excluded parkland and green space.

We then limited our search to sites that scored highly on our Housing Access Rating Tool (HART).

This is a 20-point tool that measures critical amenities and social services within walking distance of each parcel of land. HART takes its inspiration from the 20-minute city concept in Plan Melbourne. We included public transport, childcare centres, public schools, parks, libraries, grocery stores, community centres and healthcare services.

Making the most of scarce land

It will come as no surprise that land costs are highest in the city centre and inner suburbs where existing transport and services are strongest. This makes it difficult for non-profits to develop social housing in these rapidly gentrifying areas. In fact, Australian research suggests land costs can consume up to 30% of the cost of development.

Government can lease its land to non-profits for a nominal fee to eliminate this cost for housing providers. Construction and building permit exemptions, expedited planning permits, low-rate construction loans and mortgages as well as ongoing Commonwealth Rent Assistance subsidies attached to projects can all help to reduce affordable housing costs.

Cause We Care House in Vancouver is an example of creative use of “lazy” public land. There’s a library on the first floor, which is topped by five floors of housing for women escaping domestic violence. Through a combination of local government land, senior government subsidy and philanthropic donations, 21 mothers and their children have found stable and secure housing as a result of the project.

We are working with the Lord Mayor’s Charitable Foundation and the City of Darebin on an Affordable Housing Challenge to build philanthropically funded social housing on a local government car park close to Preston Market. The City of Port Phillip has already successfully trialled this kind of housing that sits above car parks.

Non-profit housing providers, architects and builders have the expertise and experience to rapidly scale up affordable housing in fast-growing cities like Melbourne. So, what are we waiting for?

This article has been updated to make it clear the authors are not advocating that the government sell off public land, which can instead be leased to make it available for housing.

This is an edited version of an article co-published with Pursuit. 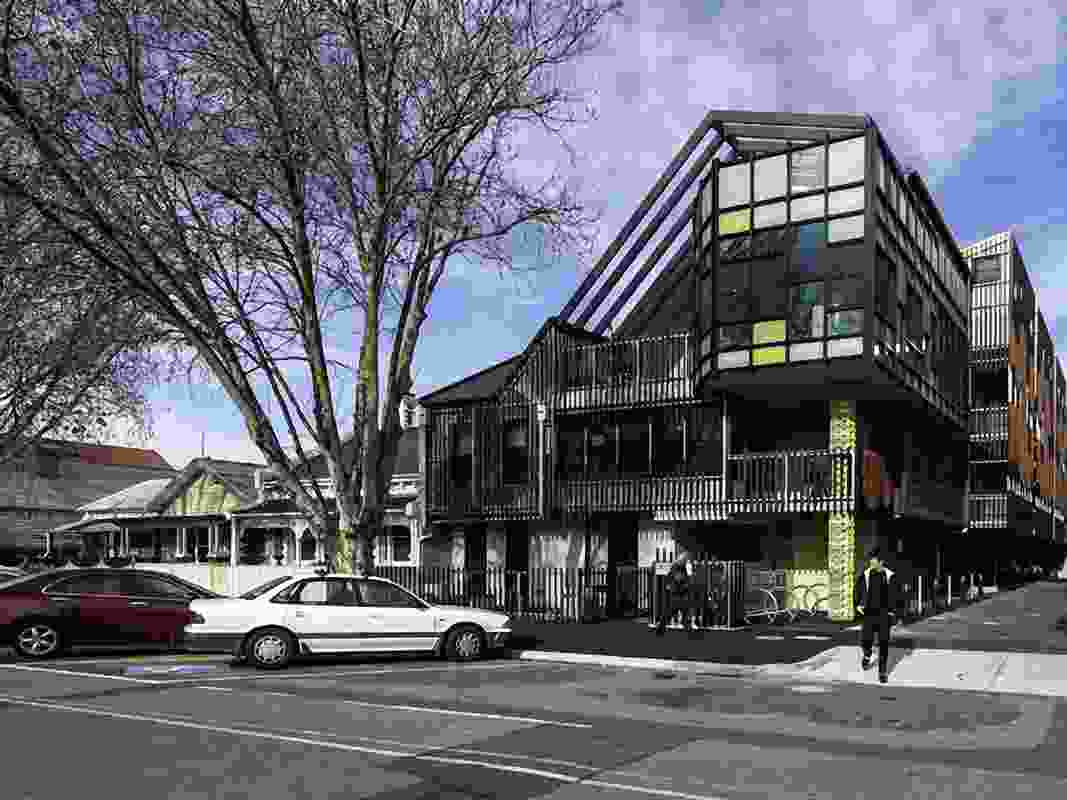 Getting more out of ‘lazy’ land, such as this community housing built over a Port Phillip City Council-owned car park by MGS Architects, is a key strategy to reduce the shortage of affordable housing. 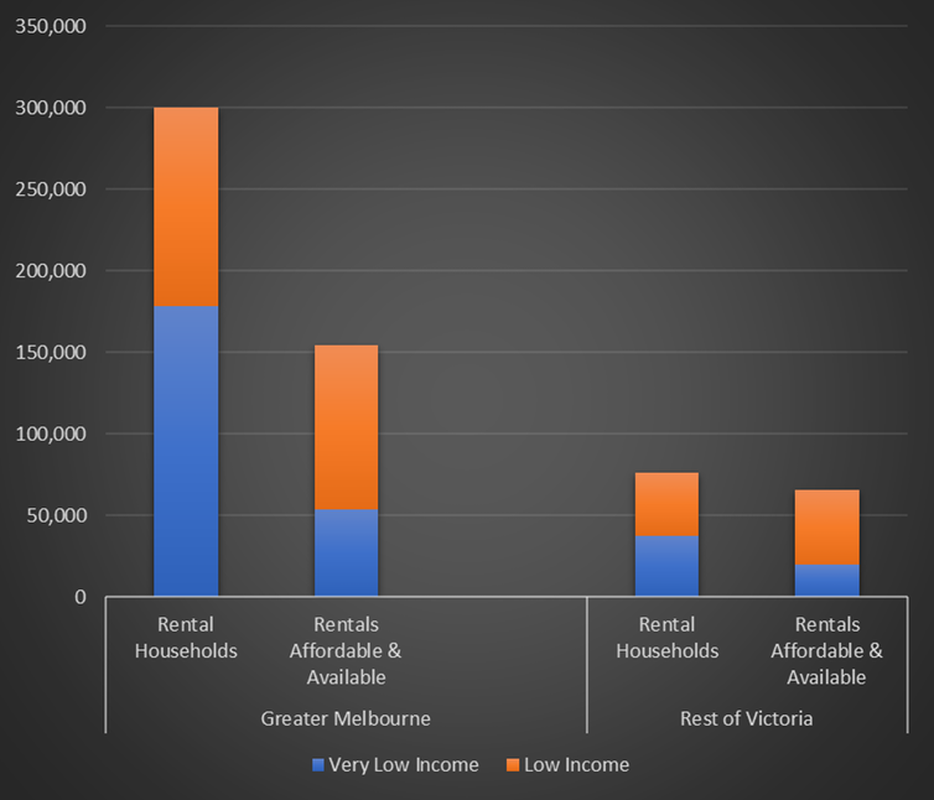 The shortfall of affordable and available units by income group In Victoria. 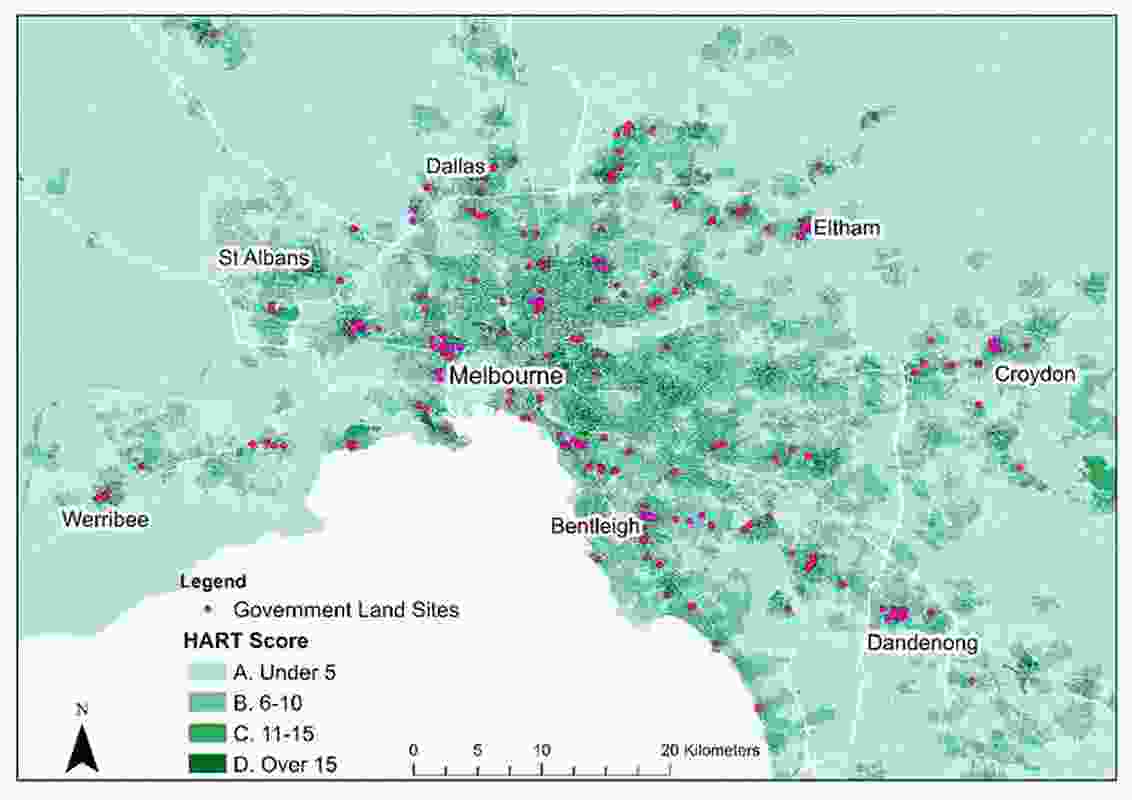 Map of well-located government land (based on HART scores) for social and affordable housing.