‘Pyrmont is the next frontier’: masterplan recommended for ‘gateway of Sydney’s CBD’

A review of the planning framework for Sydney’s Pyrmont and Western Harbour Precinct, described as the “western gateway of Sydney’s CBD,” has made three recommendations for a place-based approach to the precinct.

The government directed the Greater Sydney Commission to conduct the review in August, following a planning department recommendation that the proposed $530 million, 237-metre-tall Star Casino hotel and residential tower in Pyrmont, designed by FJMT, be rejected, due to its excessive scale and height.

The government instructed the Greater Sydney Commission to review the areas planning rules to “ensure they are consistent with the government’s vision for the future.”

Among the findings, the review report states that “a number of major projects” being planned are disconnected from each other, and that the current planning framework promotes a project-based approach over a place-based approach to planning outcomes.

The review also states that there is no coordinated spatial plan to guide assessment of competing project priorities, planning process have become increasingly complex and difficult to understand, and that while community and other stakeholders have had various roles in past planning processes they should be “engaged consistently in planning for the future.”

The commission has made three recommendations based on its review: that the planning minister give “consistent and holistic” consideration to the Greater Sydney Region Plan and Eastern City District Plan, so that planning measures realize benefits for the community; that a place strategy (including a masterplan) be developed for the area; and that a timeline be developed for that strategy.

In response, the government says it accepts the recommendations, and that Pyrmont and the Western Harbour precinct will be transformed into the “next jobs hub and economic driver of Sydney.”

“Today we are sending a clear message that Pyrmont is open for business and ready to be taken to the next level,” premier Gladys Berejiklian said on 5 October.

“We are, for the first time, treating Pyrmont and the Western Harbour precinct as the gateway to the CBD.

“Pyrmont is the next frontier.”

Planning minister Rob Stokes added, “We can support larger-scale development and maintain the unique heritage nature of Pyrmont – it’s not an ‘either/or’ choice.”

“However, we must plan for the precinct strategically, rather than on a site-by-site basis, to ensure the long-term liveabilty and sustainability of the area.”

The government will now fast-track work to investigate the feasibility of building a Metro station in Pyrmont.

When the review was first announced, it was heavily criticized by Sydney mayor Clover Moore, who said, “It appears that the certainty that the City of Sydney’s earlier planning process gave to residents in Pyrmont, which influenced their decisions to live there, is under threat.

“It is an astounding betrayal of public trust.”

In an editorial, The Sydney Morning Herald also criticized the premier for intervening in a “controversial planning process.”

During the Greater Sydney Commission engagement process, many stakeholders raised concerns about the short timeframe for undertaking this planning review and the timeframe for making submissions.

‘Pyrmont is the next frontier’: masterplan recommended for ‘gateway of Sydney’s CBD’ 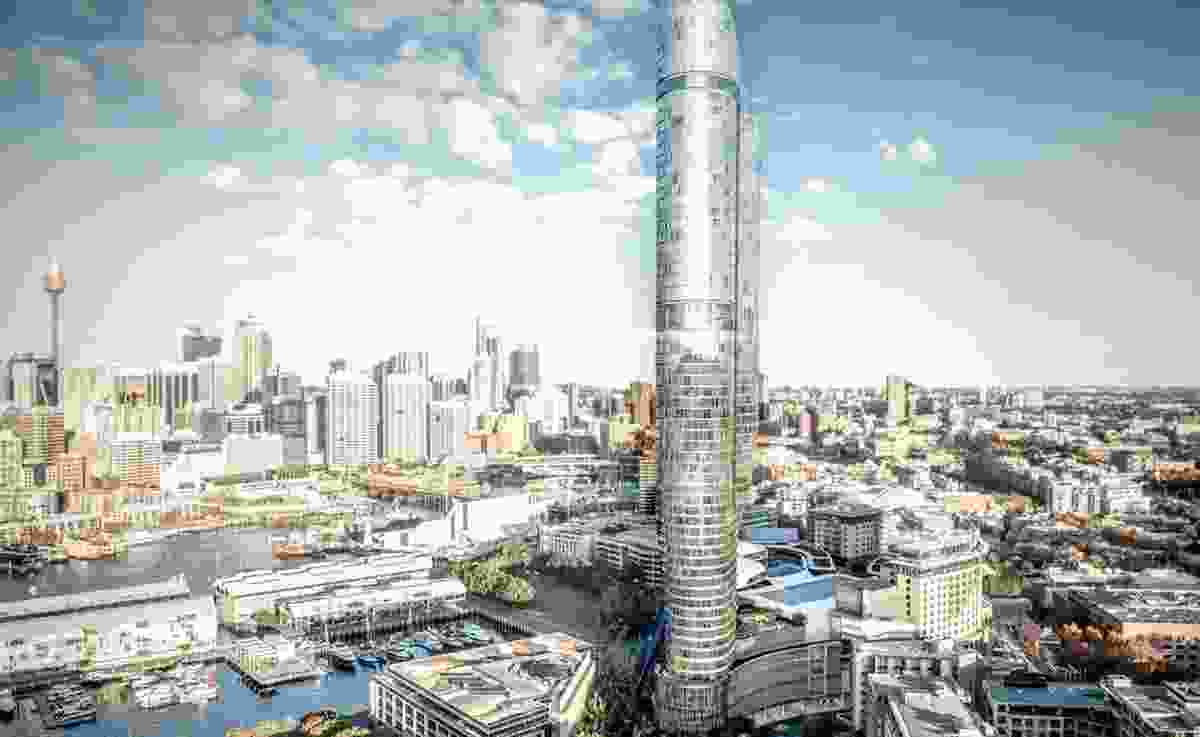