Vokes and Peters’ Detail and Manner exhibition at Artisan featuring a 1:50 brass fold-out model (2016) of the Balmoral House (2005), produced in collaboration with Master Engraving.

The Asia Pacific Architecture Forum, currently being held in Brisbane, heads into its second week with two exhibitions that unearth some of Queensland’s design and architectural gems.

Vokes and Peters’ Detail and Manner exhibition at Artisan, opened by architect Alice Hampson on Friday 4 March, features the furniture and objects designed by the Brisbane practice, often seen in their architectural projects. Both new and existing designs can be seen in the exhibition, including the Personal Library (2006) and Bedside Library (2010).

The exhibition explores the reciprocal relationships between architecture and design, and the ways in which the practice’s work ranges across scales from minute to the macro.

“I went into the search with an idea of trying to find buildings, bridges or similar that were proposed for Queensland but never built,” Ellway said. “The search became a ‘find your own adventure’ book with many possible leads and pathways to invetigate. Some of the five I settled on were proposals that were never built, but an alternative theme also emerged, being how we interact with water on the coast or at the rivers edge.”

The white-glove exhibition includes items such as a scrapbook belonging to architect James Birrell that contains newspaper clippings, construction photos and sketches from his time as Brisbane City Architect.

Wright and Ellway have also created their own interpretations of what Queensland’s architectural landscape could be based on the remnants of its past.

Design Finds is on show at the Asia Pacific Design Library until 14 March 2016. Vokes and Peters’ Detail and Manner is on show at Artisan until 9 April 2016. Both exhibitions are free. 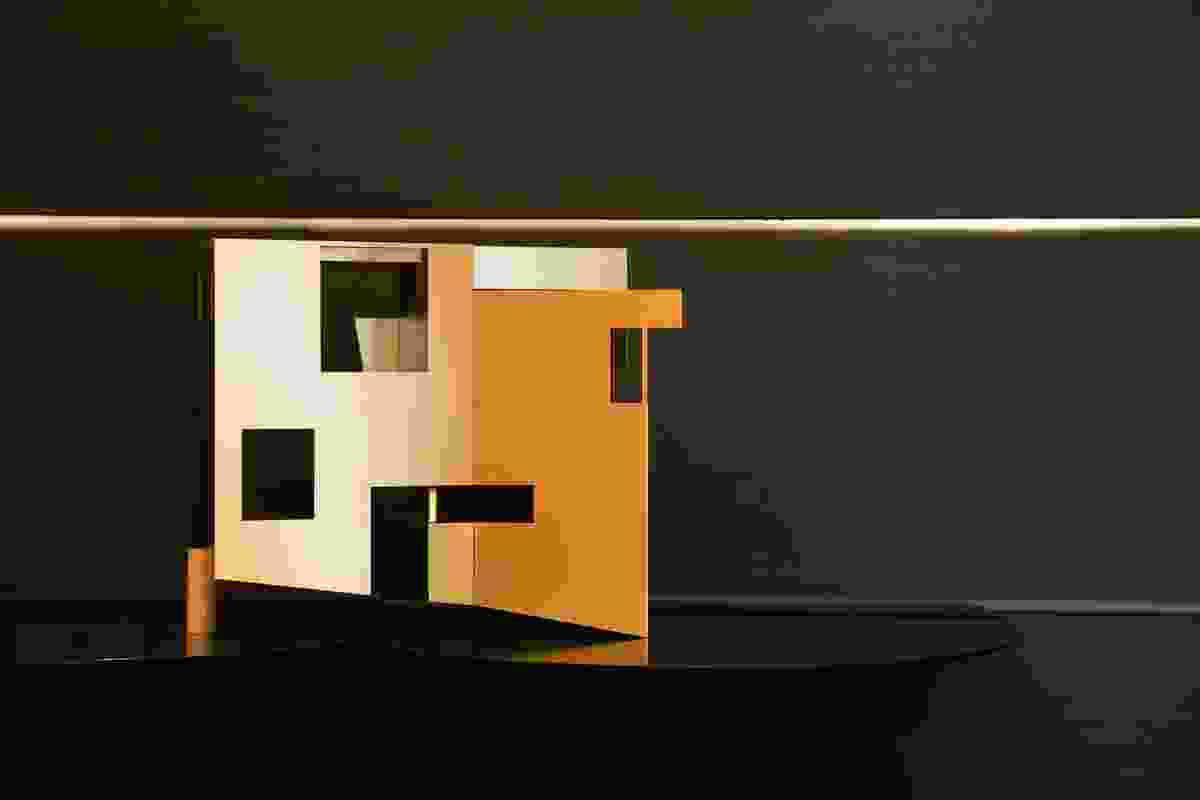 Vokes and Peters’ Detail and Manner exhibition at Artisan featuring a 1:50 brass fold-out model (2016) of the Balmoral House (2005), produced in collaboration with Master Engraving. 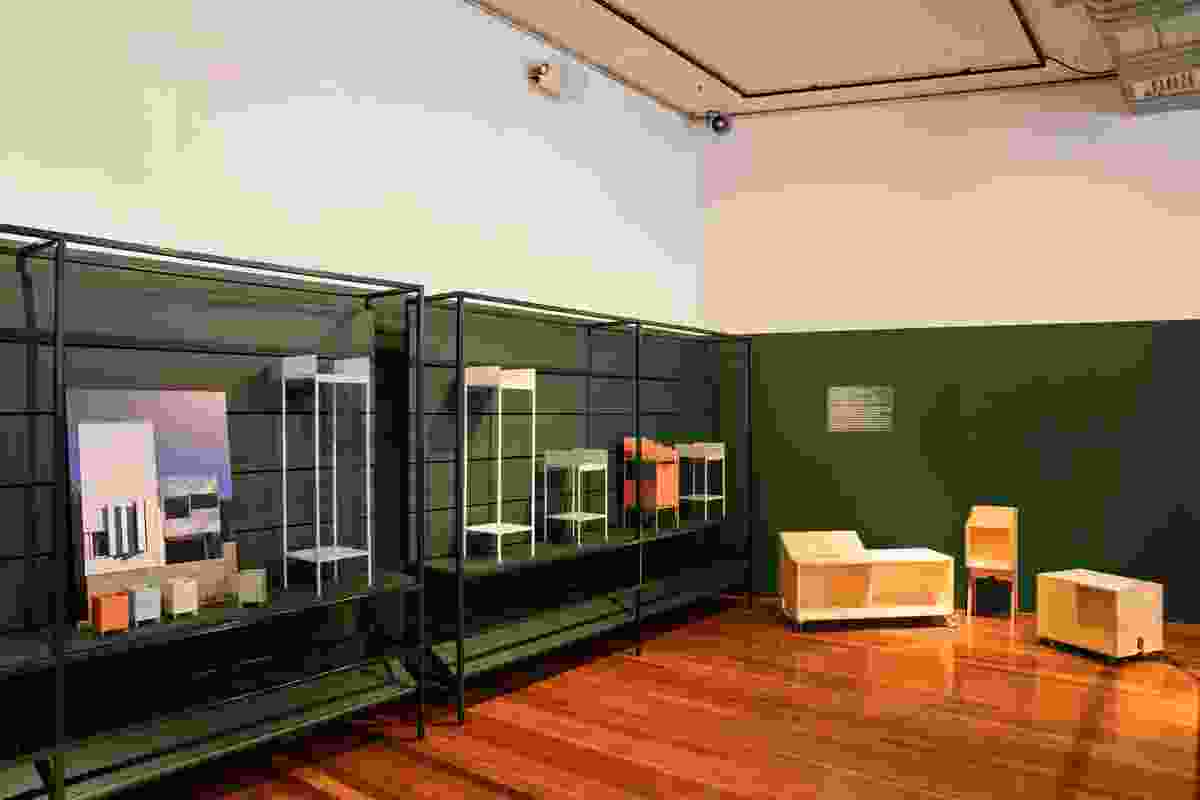 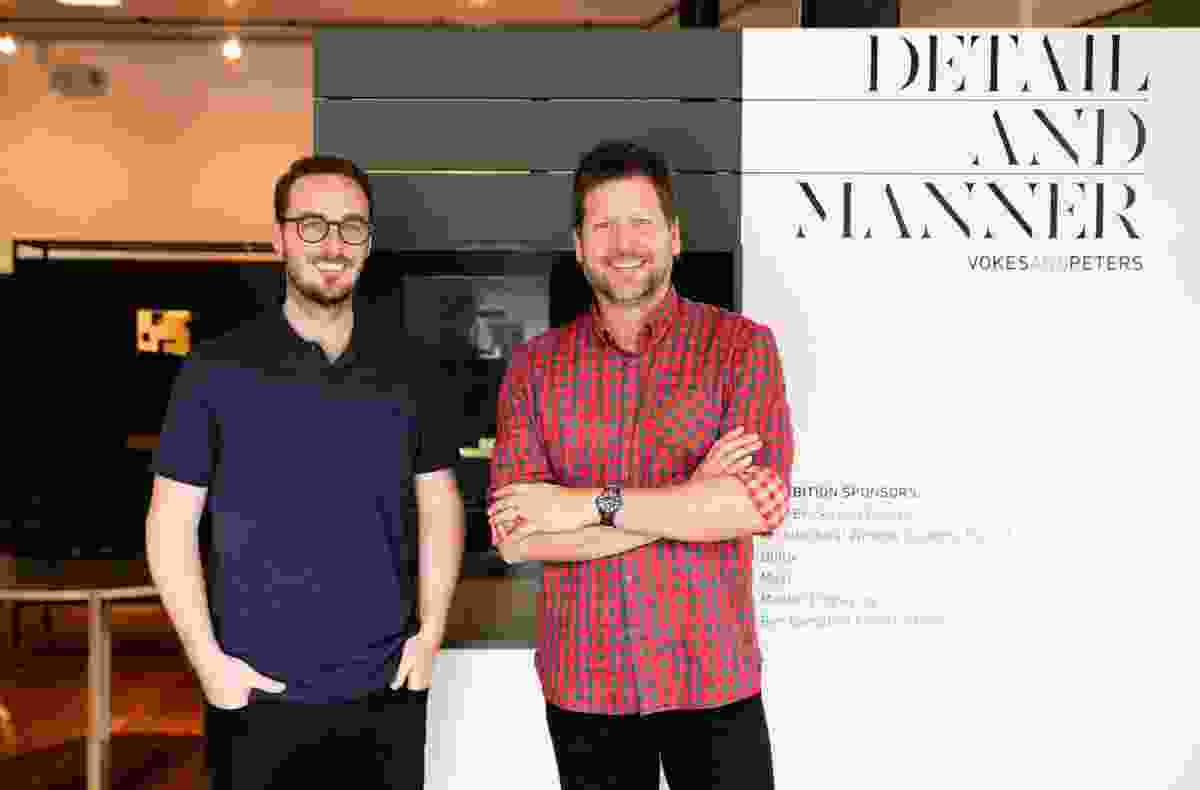 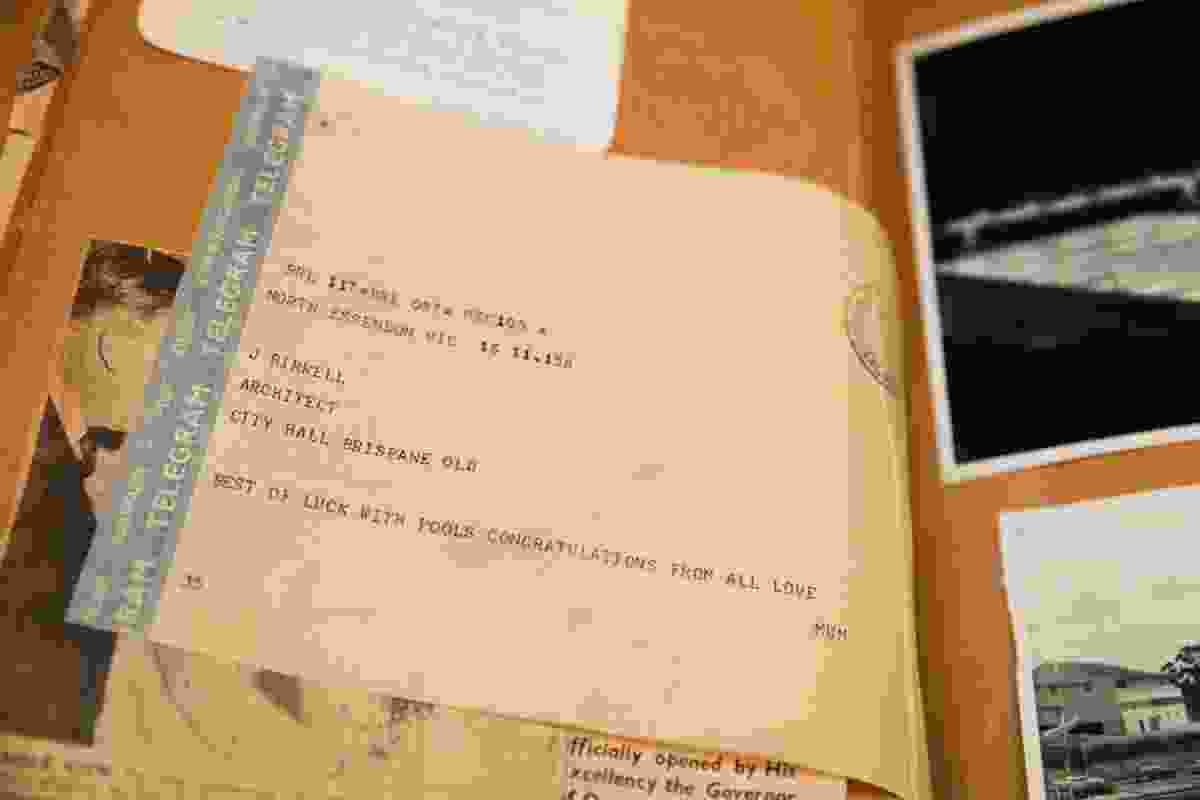 A telegram sent to James Birrell from his mother on the completion of the Centenary Pool in Brisbane, featured in Design Finds exhibition. 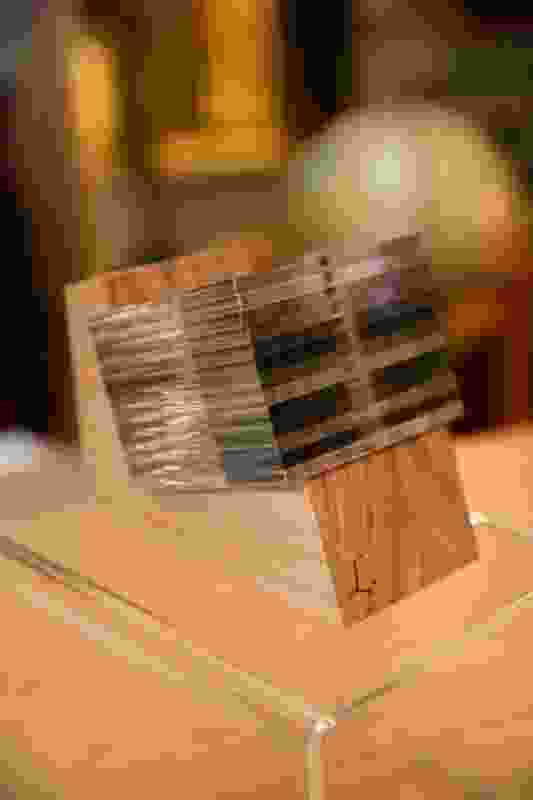 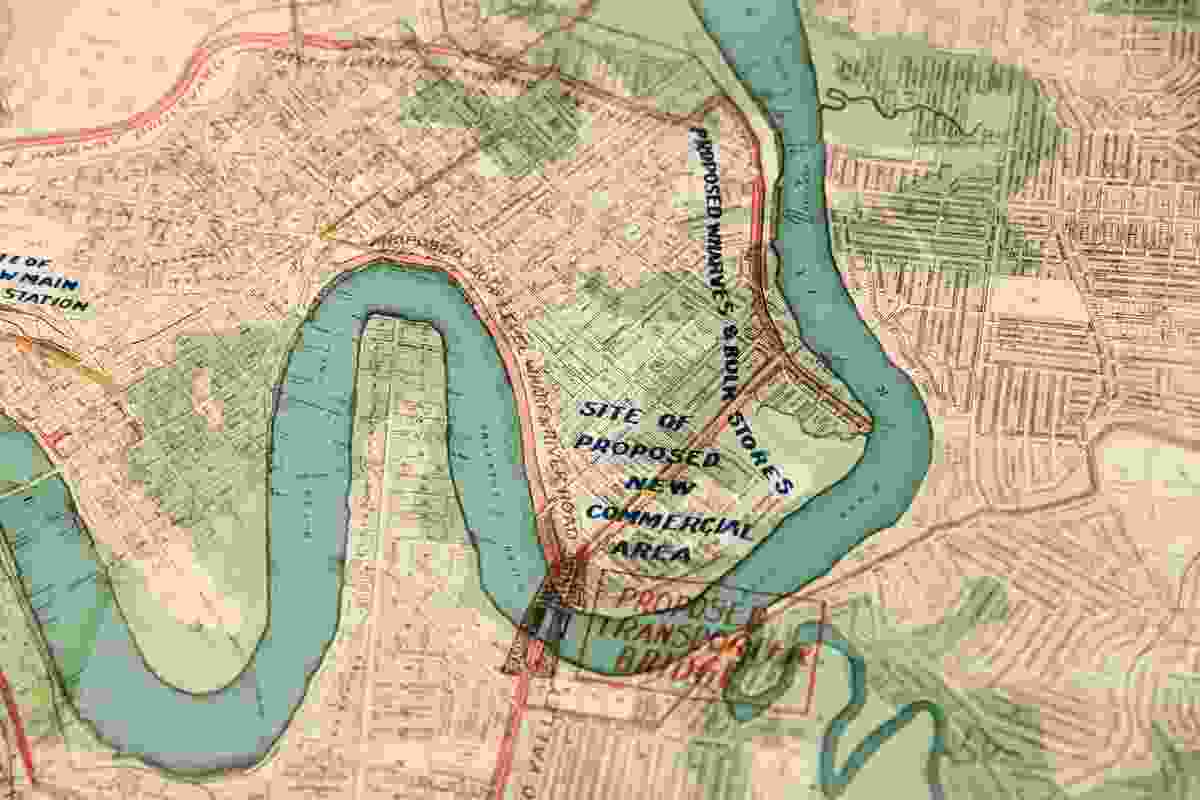 A map showing a series of bridges and the city ring road proposed for Brisbane in 1918 by planner William John Earle, featured in the Design Finds exhibition. 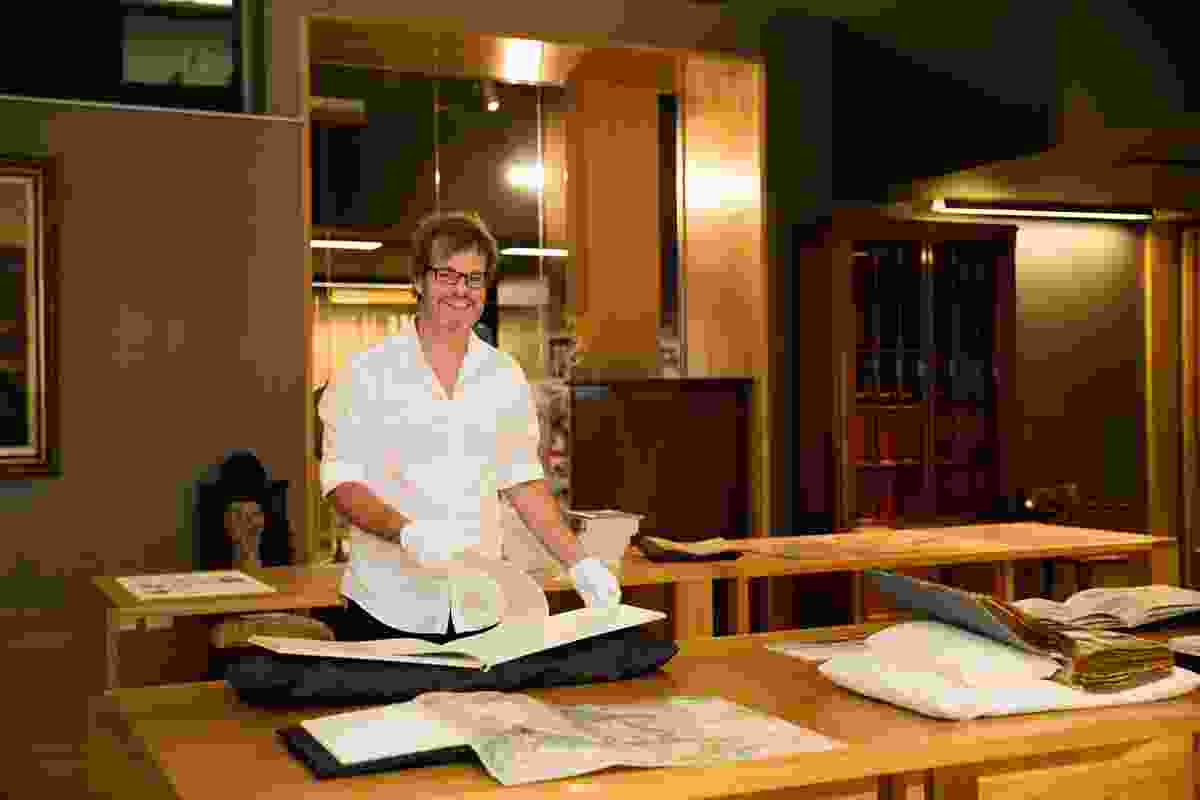 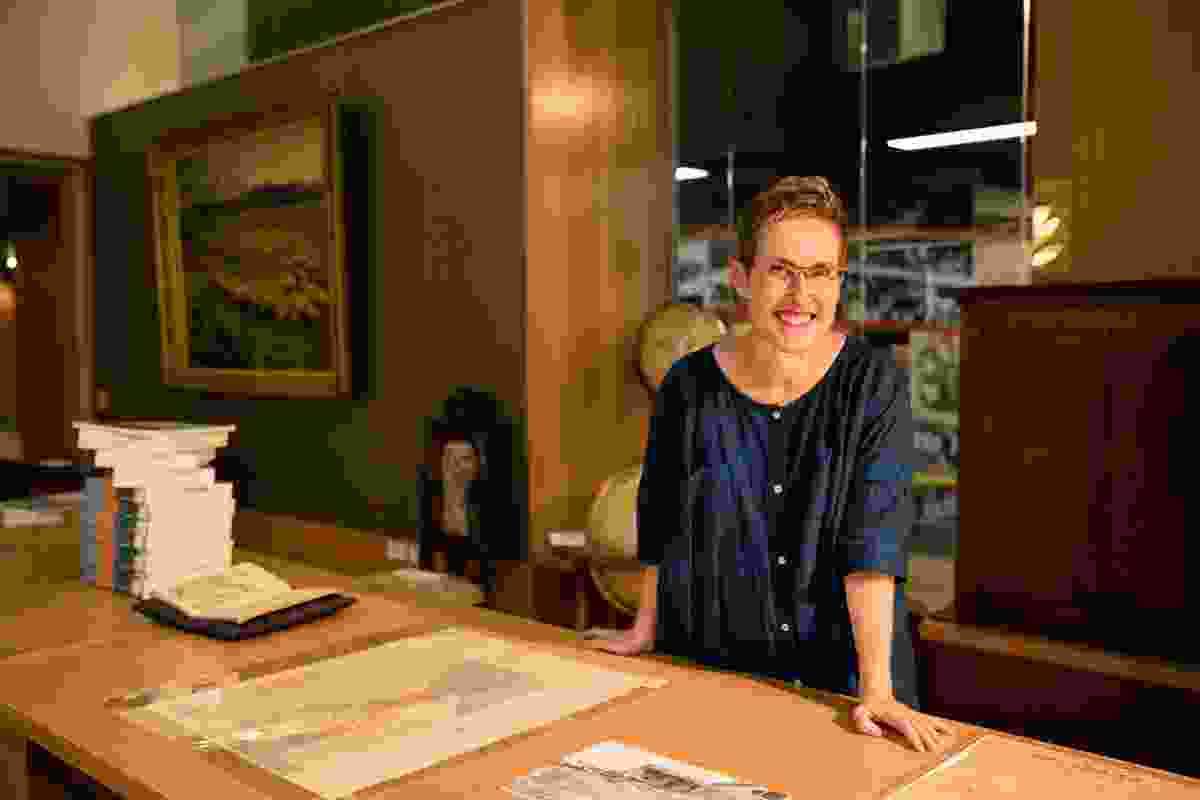 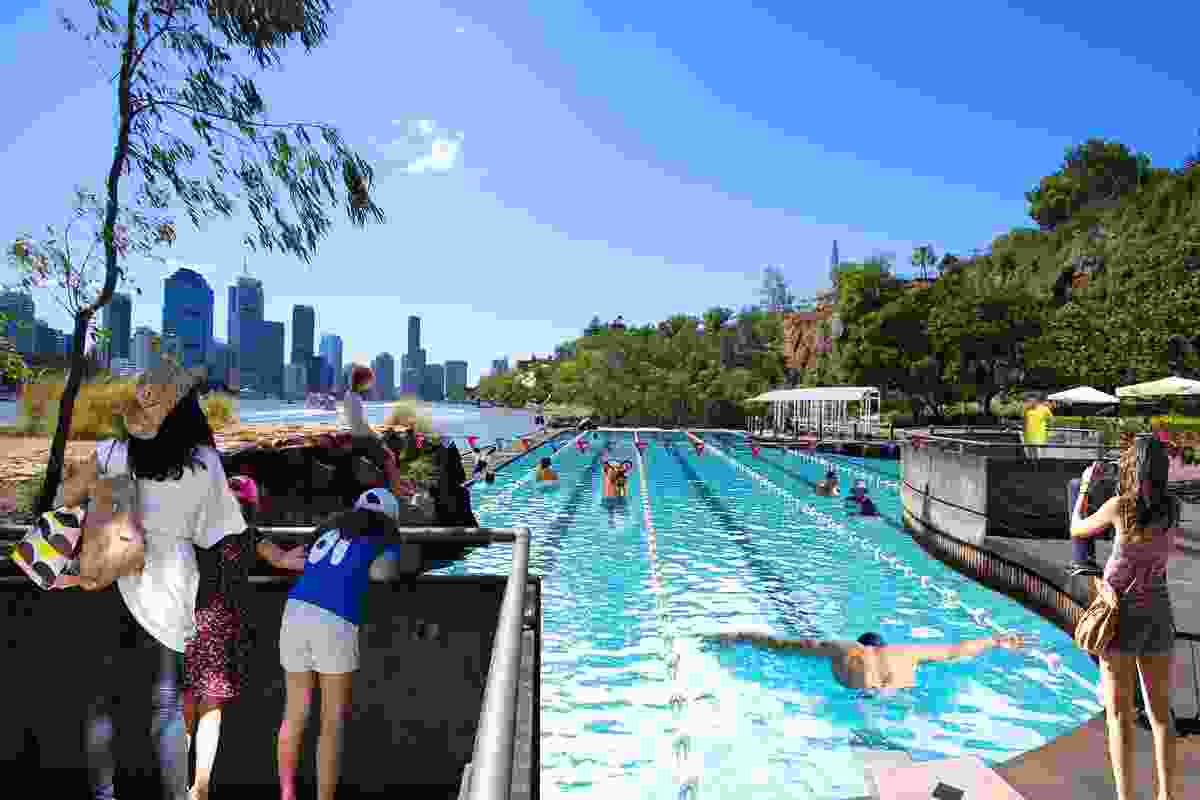 A creative response by John Ellway in the Design Finds exhibition - a public lap pool at the base of the Kangaroo Point cliffs.