Reimagining a museum of our First Nations

Indigenous voices are finally being acknowledged as important voices in Australian galleries and museums.

Since 2014, I have worked as an advisor to Western Australia’s New Museum, a A$450 million project and one of the largest museums currently under construction globally.

From the outset, a diverse Noongar and Whadjuk Indigenous working group contributed to every aspect of the museum, from large-scale planning through to exhibition design detail.

This year, I was invited to contribute to the creation of a new cultural and knowledge centre, community space and contemporary art museum on Minjerribah (North Stradbroke Island) led by the Quandamooka people.

Quandamooka Art, Museum and Performance Institute (QUAMPI) is imagined as a space to express a uniquely Quandamooka experience of land and sea, seasons, animals, plants and people. A place of engagement and discussion. First Nations people are not exhibits, but curators, guides, storytellers and visitors.

My close involvement in these projects has caused me to consider and question the role of museums in contemporary Australian society, particularly how we present and engage with First Nation culture.

The historical relationship between Australian museums and First Nations people is marked by thievery, and a desire to view Indigenous culture as an object of curiosity and collectability.

taking materials from country also served Europeans in claiming possession, both emotional and physical, of the land […] As settler colonies were built on the dispossession of Indigenous people, the removal of cultural materials became part of the appropriation of land.

Museums are grappling with how to handle collections built through theft, and how to position themselves in addressing inequity between non-Indigenous and Indigenous Australia.

Could the museum of the future be an enabling space, culturally dynamic and future focused, rather than categorising First Nations culture as a relic of our Colonial-Settler past?

Could a radically re-imagined museum become a place for genuine exchange, reconciliation and restitution?

The formation of a First Nations museum is not just a bricks and mortar issue. The idea of a building as a singular space for collections is incongruous with an Indigenous experience of knowledge and living cultural practice grounded in Country.

Empowered engagement is key. A First Nations museum must be foremost an act of co-creation, where traditional cultural custodians have a voice and are heard first and foremost. Art as the conduit to past, present and future is critical.

Cultural agency must be a foundational touchstone. Elders and their communities must be central to real decision making processes. Their agency must lead all aspects of delivery.

How else could a museum be reconfigured from a non-Indigenous construct to one centred on Indigenous knowledge, lore, law and ceremony?

How else could a museum be reconfigured to be embraced by First Nations people, whose experience of the built environment over the last two centuries is one of exclusion, assimilation and annihilation?

The process will not be easy - the controversy over the proposed National Indigenous Art Gallery in Mparntwe (Alice Springs) reveals the complexities involved – but it would certainly be worth it.

One of the most unique aspects of Indigenous culture (and possible challenge to a curator) is the secret nature of many ceremonies and business. Imagine the joys in finding ways to reveal to a wide audience, without sacrificing secrecy, the living oral, sung and painted traditions of our First Nations people.

In contemplating his design of The National Museum of African American History and Culture at the Smithsonian, architect David Adjaye described the traditional museum as “a bit like cinema: You go into a different world and then you come back out.”

Adjaye wanted his museum to exist firmly in the world.=

This isn’t the case at QUAMPI; In form and function, the museum will challenge the static “black box” approach to museum design, opening itself to community and embracing a distinctly Quandamooka approach to space

Contemporary art, performance and living ceremony will act as conduits for the sharing of Indigenous knowledge and as a means to interrogate the irrevocable impact of colonisation.

A new understanding of Australia

All Australian museums, with a stated focus on First Nations culture or not, must place Indigenous people in the centre of planning, at the heart of conversation and behind the steering wheel.

They must shift engagement with First Nations culture from something of the past, to something contemporary and continuous.

Hybrid multi-art centres have the potential to reposition First Nation stories within Australian museums and to help shape a more inclusive and rich understanding of our country.

It’s time to shift our focus towards the creation of spaces that act as a Corpus of Country: dynamic, interactive and ever changing collections of stories, knowledge and culture.

Reimagining a museum of our First Nations 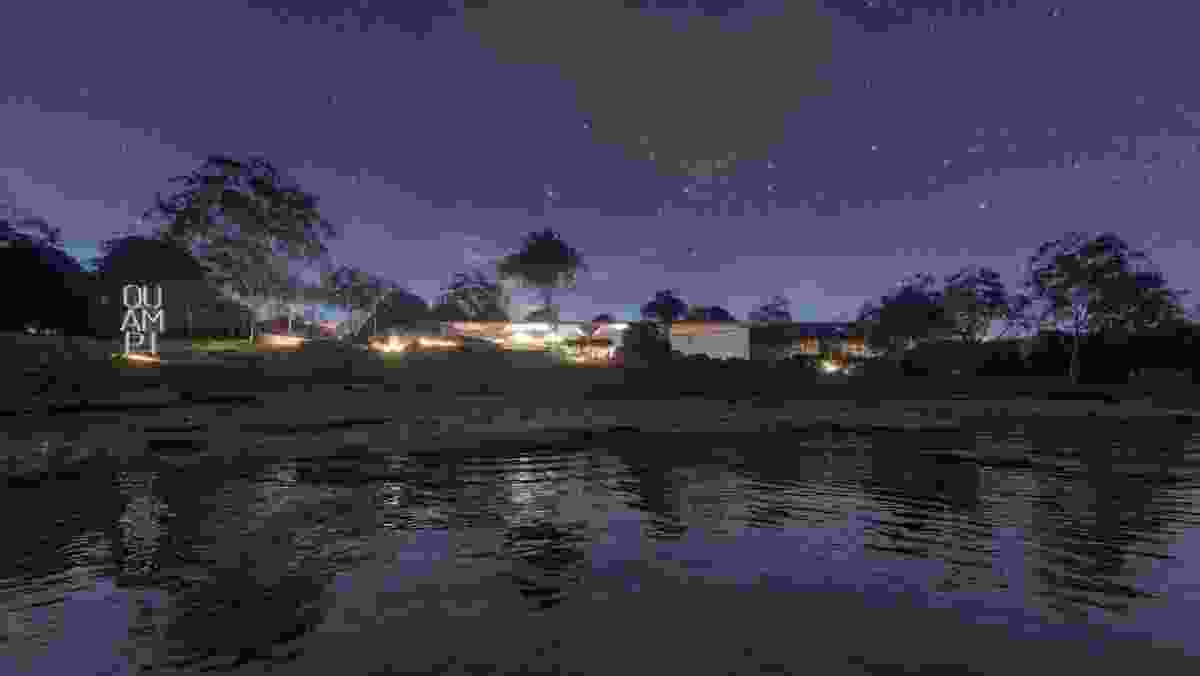