Victoria King, the University of Melbourne graduate who won the Royal Institute of British Architects’ prestigious student prize, speaks with ArchitectureAU about her examination of three post-industrial sites in the Sydney Harbour Estuary. How can contamination create opportunities for renewal?

Josh Harris: Your project begins with a quote from a paper by Iain McCalman in which he states that everyday objects can be used to inspire thought and feeling about the Anthropocene. Could you explain what this means and how it relates to your project?

Victoria King: Well the impetuous for my project was that I was interested in looking at the place of relic infrastructure in Sydney Harbor that has contributed to environmental degradation but also has a really important social and historical significance in Sydney today. I knew that I was interested in looking at these sites but was unsure about how to address them, whether to preserve them or demolish them – what was their value? So that quote highlighted for me an interesting point at which these objects or these artefacts might serve a purpose by keeping them as they are, and that actually because they are familiar objects in the harbor they might be more approachable. They are part of the history of the harbour and so therefore can be part of the future of the harbour – but their use might be different.

JH: What are the artefacts you’ve looked at specifically – I know there are three?

VK: The three artefacts that I was looking at were drawn from the three sites that I eventually settled on. The first is “The Vessel” or a ship, and that was drawn from my research into Snapper Island which is the site of the former nautical training school that’s been abandoned for the past 20 years. But prior to that it was a really important oyster reef. In the process of it being transformed into a nautical training school the entire island was re-engineered in the layout of a ship. And so for me that was a really interesting architectural typology. It’s an island, but it’s also an object and a site and program, all in one tiny microcosm.

The second artefact is “The Slipway” which is a very prevalent artefact in all harbors – it’s almost as ubiquitous as the driveway in harbor settings. But I was interested in the slipway on Goat Island in particular because it is the largest and last working slipway in Sydney Harbour for large vessels. It’s no longer in use for the vessels that it once served, so I was interested in what its purpose was in a harbour where no large cargo ships were coming in.

And the last artefact was the “Cardinal Mark” which is another ubiquitous maritime object in harbours – there’s hundreds of them in Sydney Harbour. A cardinal mark is used to draw attention to underwater hazards. For me it was an interesting way to draw attention to my research on the proposed Western Harbour Tunnel, which will dredge copious amounts of contaminated sediment into the water column, so there is this hazard line below the water, that’s perhaps not for seafaring vessels but for society in general to become aware of. The three artefacts that I chose were very much tied to the historical research and survey that I used before and prior to settling on these artefacts.

JH: I want to come back to the historical research you’ve done – but I guess with the Cardinal Mark artefact you’re not just looking at history you’re looking at the future contamination as well.

VK: Definitely, but the reason it’s there is that it’s drawn from a legacy of the industrial past. So there’s this interesting kind of dichotomy that exists between the fact that we’re in a post-industrial period of history, yet what happened in that time is still going to haunt us today as we continue to modify the harbour. The contaminated sediment in the harbour is so expansive that it’s impractical to remediate all of it because Sydney Harbour is so wide, so large and so widespread. I found that a really interesting dilemma.

JH: These blueprints you’ve created imagine sites of observation, but also of renewal. How do you see the act of observation transitioning into renewal?

VK: It links back to what Iain McCalman talks about in that article, where he talks about a response to climate disruption in the age of the Anthropocene as being about observation and then adaptation and mitigation. So my approach to renewal was first and foremost to take stock and to actually understand the extent of the pollution in Sydney Harbour; because I was pretty surprised to find that there are no permanent monitoring stations – there’s maybe two or three transient monitoring buoys. The Sydney Institute for Marine Science is situated on the ocean side of the harbour and it does a lot of really great work, but I was interested in the sites further into the west side of the harbour where a lot of the contamination is because it’s not being flushed out as much by the ocean.

So I approached this idea of renewal as to first observe and to understand and collect, before we can then begin to think about solutions. I was very aware that this project is so ambitious, and that I was never going to come up with a solution to stopping environmental degradation – it’s such a large and complex problem and involves so many stakeholders. So I thought my input might be to draw attention to the importance of that first step of observing and collecting.

JH: You’ve done that by using architectural drawing, which I’d say is a pretty novel approach to exploring these sorts of questions around environmental degradation and the Anthropocene. What do you think are the strengths of this mode of exploration?

VK: I guess I was inspired by a lot of the blueprints that I came across of maritime infrastructure, real blueprints that I found in the Australian National Maritime Museum. It was also reflective of the way that I worked, which was very immersed in a lot of detail from a lot of sources. It began with me starting to overlay some of my historical research, in terms of annotations, onto existing blueprints and then transferring that to surveys that I had drawn of islands. And that drawing style emerged from my method of investigation. I could have kept surveying forever but once I had stopped that process, I realized that these investigative drawings served as the perfect foundation for overlaying new information onto, because you can simultaneously see where things of value might exist in the landscape and how you might sew a new story or a new building into that existing landscape.

JH: And what other sources did you look at?

VK: It was pretty varied. I spent the first month or first few weeks of the project in Sydney and I was lucky enough to have a family friend who is the current leaseholder of the Goat Island shipyard and so I was spend the few days there – I went over at 6.30 am with all of the boat construction workers, and I was able to spend a lot of time doing initial field studies and drawing the slipway structures. It was important for me to spend time on that site in particular to me to understand the complexity of the built forms and to appreciate them. From the water or from a distance from the shoreline of Sydney Harbour you don’t quite understand the complexity of these sites. I also spent a lot of time in the state library looking at old hydrographic maps from the 1960s, and decades before that. I’ve never seen the harbour represented that way. They show all of the bathymetric depths, so suddenly the harbour was revealed to me as a field of information. Those maps were very inspiring for me and influenced the way that I drew some of my drawings in a very detailed and information-heavy way.

And then there were family anecdotes as well. My great-grandfather was a boat-builder on an island just where the Western Harbour Tunnel is proposed. So I had a family connection to his experiences, or stories of his experiences in the harbour.

JH: And you also took some footage of these sites?

VK: That footage was taken in that first observation period, when I was able to spend time on Goat Island. Snapper Island is not accessible to the public but I did hire a little dinghy and rode around the island, so I was able to film that. So I tried to get as close to the island.

JH: I guess you’d be breaking the law if you got onto the island?

VK: I did go on for a few minutes, but then I left.

JH: Don’t worry, I’ll cut that bit out. So, I know you’re working at Weston Williamson now. Do you have any plans to expand on this research in any way?

VK: I definitely do. I could have kept working on it for a lot longer than I did. It was only six months, which wasn’t enough. The Sydney Harbour Federation Trust – who don’t own any of the sites that I’m looking at but do own a lot of similar sites like Cockatoo Island – are currently undergoing a process of reviewing what their role is in the harbour. I’m quite interested in speaking with them and joining that conversation, and also equally with the Sydney Institute for Marine Science. What I would like to do is actually start volunteering or having more of a dialogue with some of the stakeholders. Because that was one thing that I just didn’t have enough time to do and I think it would be interesting to understand some of the real life constraints.

JH: My last question is a cheesy one. What did winning the RIBA prize mean to you?

VK: Oh God, I don’t know. It was very, very unexpected. I still don’t really believe it. I guess what was interesting is that it highlighted for me that that you can pursue a project with a very local, and for me very personal, agenda and it can find relevance and recognition in very unlikely places. There are some universal themes that underpin my work – it looks at climate change and environmental degradation and heritage preservation – but the fact that it resonated with an audience in London was incredible to me. 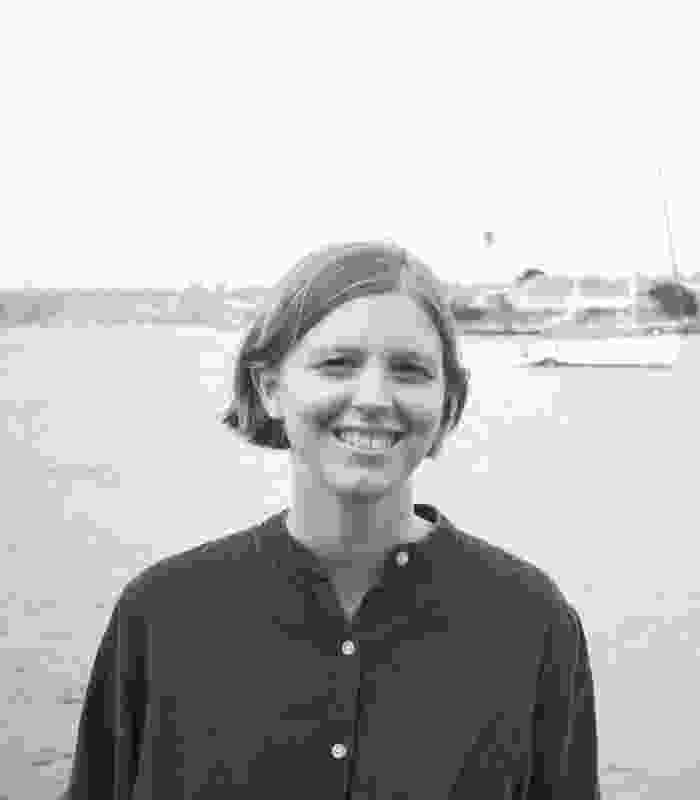 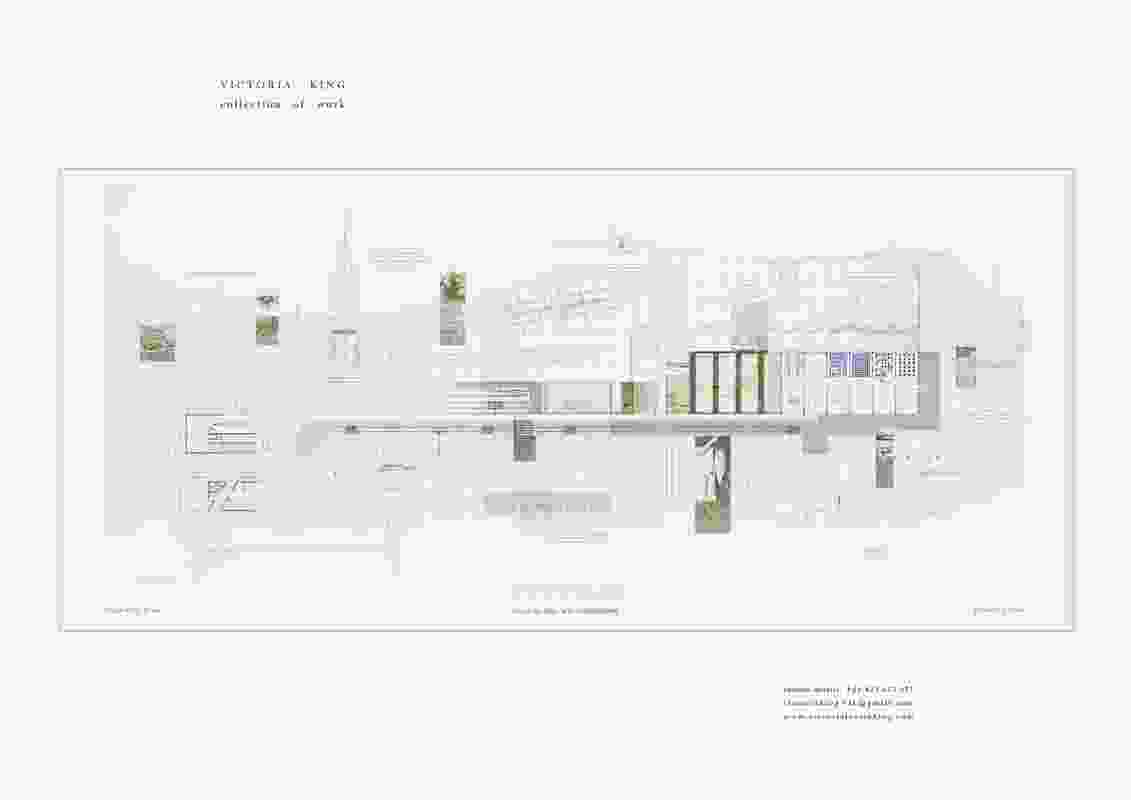 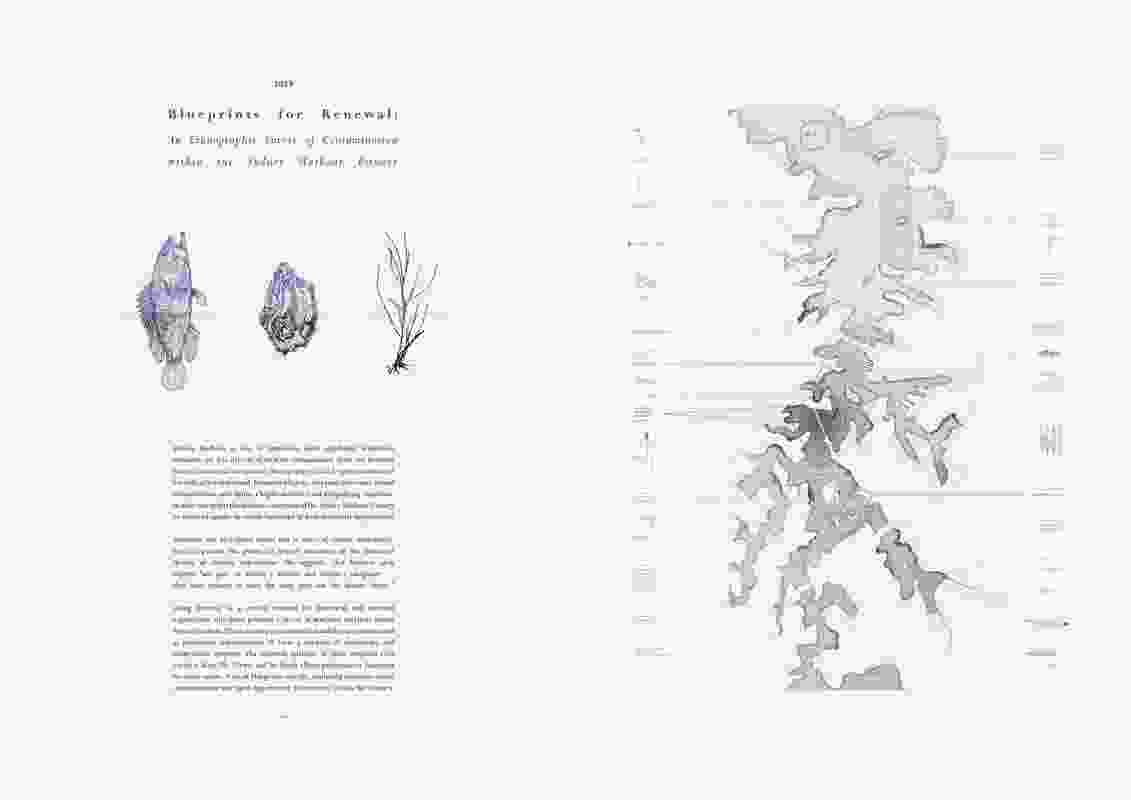