Designinc’s redevelopment of Redfern Station will see the introduction of a six-metre-wide concourse across the rail corridor between Marian and Little Eveleigh streets.

Transport for New South Wales has revealed its chosen design for the redevelopment of Redfern Station, which it says will improve accessibility and reduce congestion.

Designinc is the practice behind the design, which includes a six-metre-wide concourse across the rail corridor between Marian and Little Eveleigh streets.

It will see lifts and stairs installed from the concourse between Platforms One to 10, with new station entrances at Little Eveleigh and Marian streets, and “shared zones” on these streets to be designed in consultation with residents, council and other stakeholders.

A spokesperson for TfNSW told ArchitectureAU, “Further design development will occur over the coming months to guide the planning approval phase of the project.”

The Little Eveleigh/Marian design was one of four options put forward by the government for community feedback in May and June this year.

More than 400 responses were received during consultation, including from the City of Sydney, commuters and community groups.

Of the four options, The Little Eveleigh/Marian design (Option 1) was rated best for accessibility and connectivity to key destinations, but worst for “interaction with streets.”

In response to feedback, Design Inc has updated the design to include garden buffers and landscaping to separate private property from the shared zone, and introduced separation of pedestrians and cyclists via a paved (non-raised) cycleway.

“[Option 1] is the most legible option with the most direct connectivity,” one respondent is quoted as saying in the consultation report. “Little Everleigh Street can cope with the increased pedestrian demand provided it is converted to a shared zone with managed traffic access.”

The update to Redfern station is being billed as the first step in renewing the Redfern and North Eveleigh precinct, where the government owns around 10 hectares of land, along the rail line south of Redfern Station.

Transport for NSW and Infrastructure NSW are investigating opportunities to renew the area, including options to provide new public spaces and community facilities, improve walking and cycling connections, and “help make Redfern and North Eveleigh a centre of technology and innovation in Australia.”

The next step for the new concourse is for a state-significant infrastructure application to be lodged and an environmental impact statement to be prepared.

TfNSW expects to have approvals in place by late 2020, with construction to take around 18 months from then. 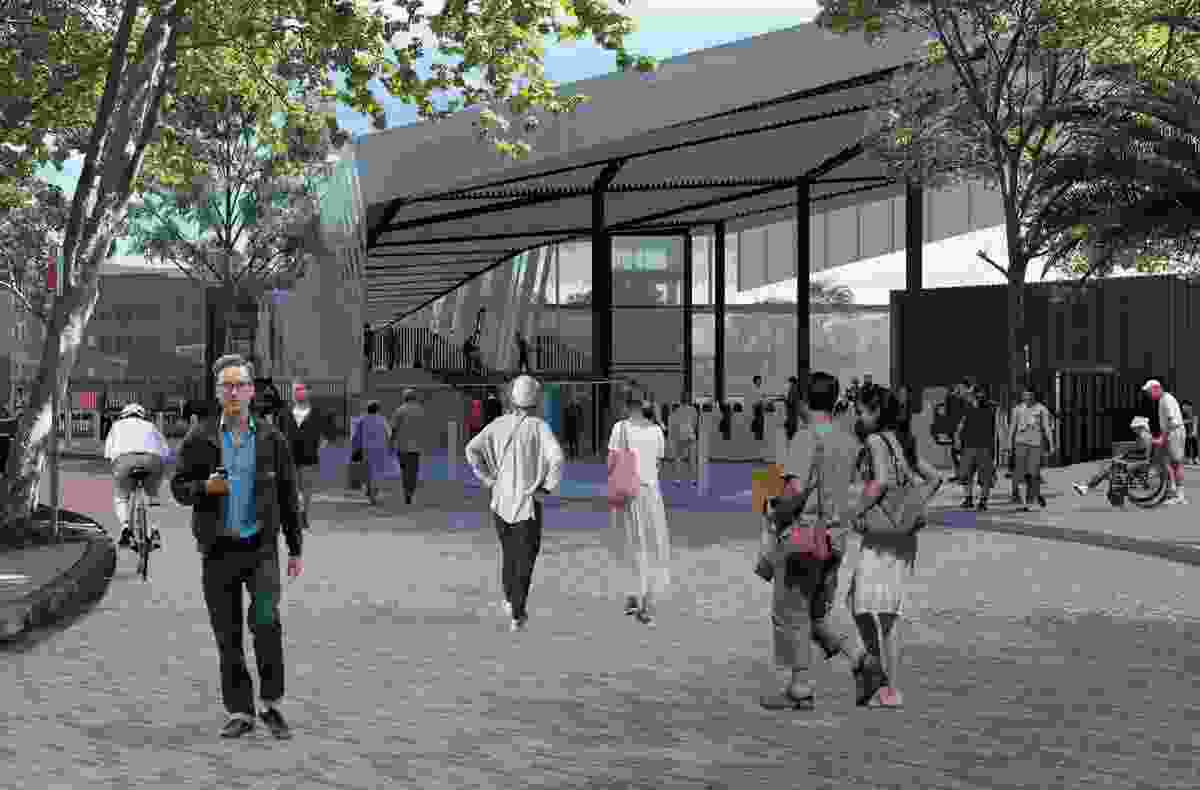 Designinc’s redevelopment of Redfern Station will see the introduction of a six-metre-wide concourse across the rail corridor between Marian and Little Eveleigh streets. 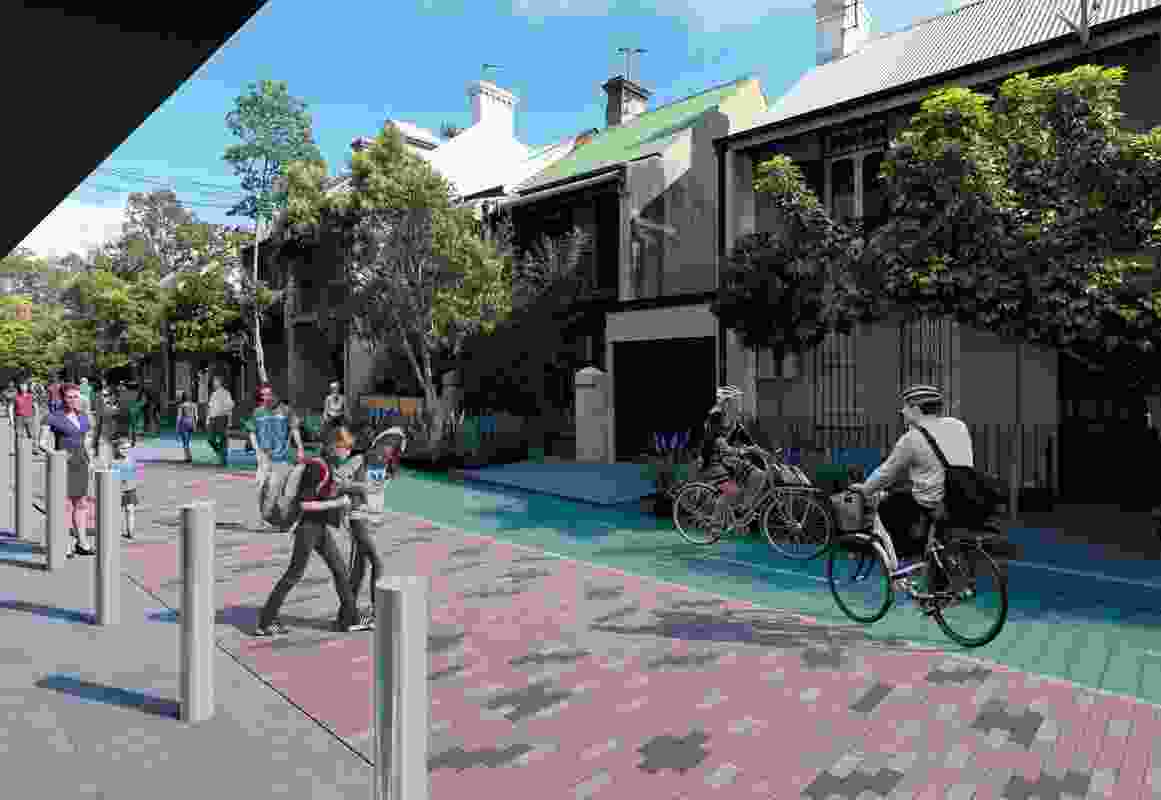 Design Inc has updated the design to include garden buffers and landscaping to separate private property from the shared zones. 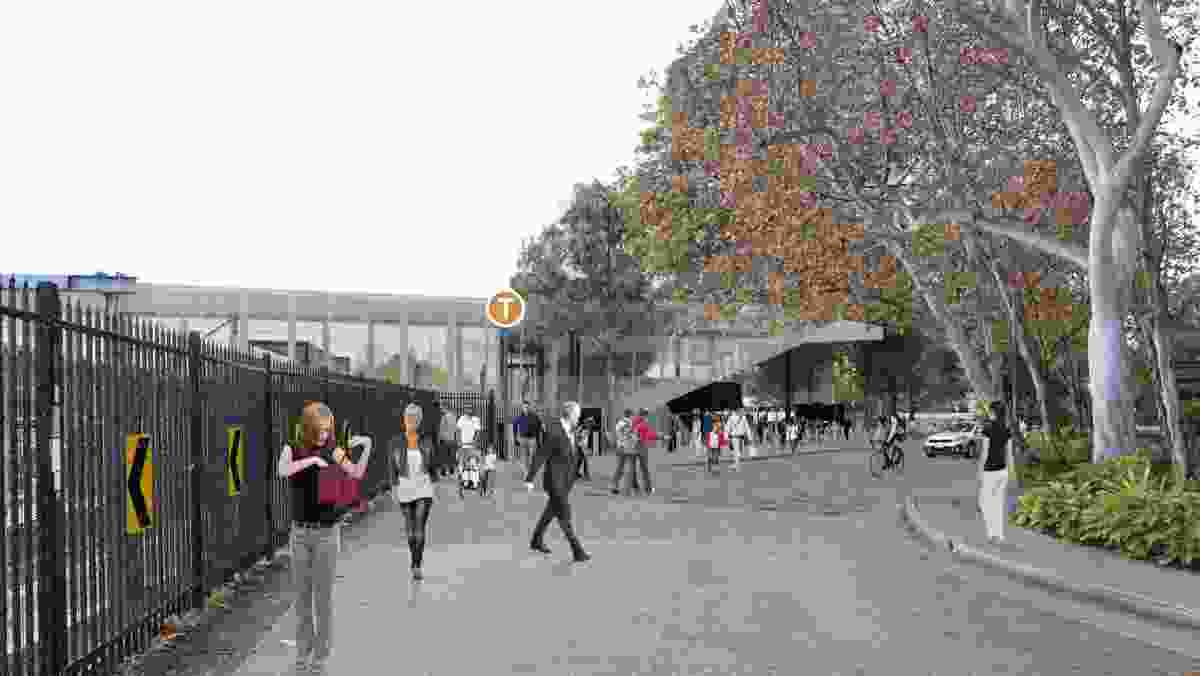