Children Village by Aleph Zero and Rosenbaum and in Brazil was awarded the 2018 RIBA International Prize.

Entries are now open for the Royal Institute of British Architects’ 2020 International Prize.

Launched in 2016, the International Prize is open to all registered architects working anywhere in the world. In 2018, five Australian projects made the 2018 longlist, and John Wardle Architects’ Captain Kelly’s Cottage was among 20 projects that received the RIBA Award for International Excellence.

Now in its third edition, the biennial prize is intended to reward a building that “exemplifies design excellence, architectural ambition and delivers meaningful social impact.”

“The RIBA International Prize has an incredibly important focus – to discover the best architecture for a better life – and I look forward to travelling the world to find a worthy winner,” Decq said.

The jury will visit the four projects to be chosen for the shortlist.

Initially conceived of as an annual competition, the prize was later switched to a biennial one to accommodate the international judging process, according to the Architects’ Journal. In 2016, the jury visits included 30 sites around the world.

The RIBA International Prize replaces the Lubetkin Prize, which was only open to RIBA members working outside the European Union.

The 2018 RIBA International Prize was won by Aleph Zero and Rosenbaum for Children Village, a boarding school for the children of labourers on the edge of the Amazon in Brazil. The school is crafted entirely from locally sourced timber, and was intended by the architects to be a statement on economic and environmental sustainability. Aleph Zero was also winner of the RIBA International Emerging Architect prize in 2018. 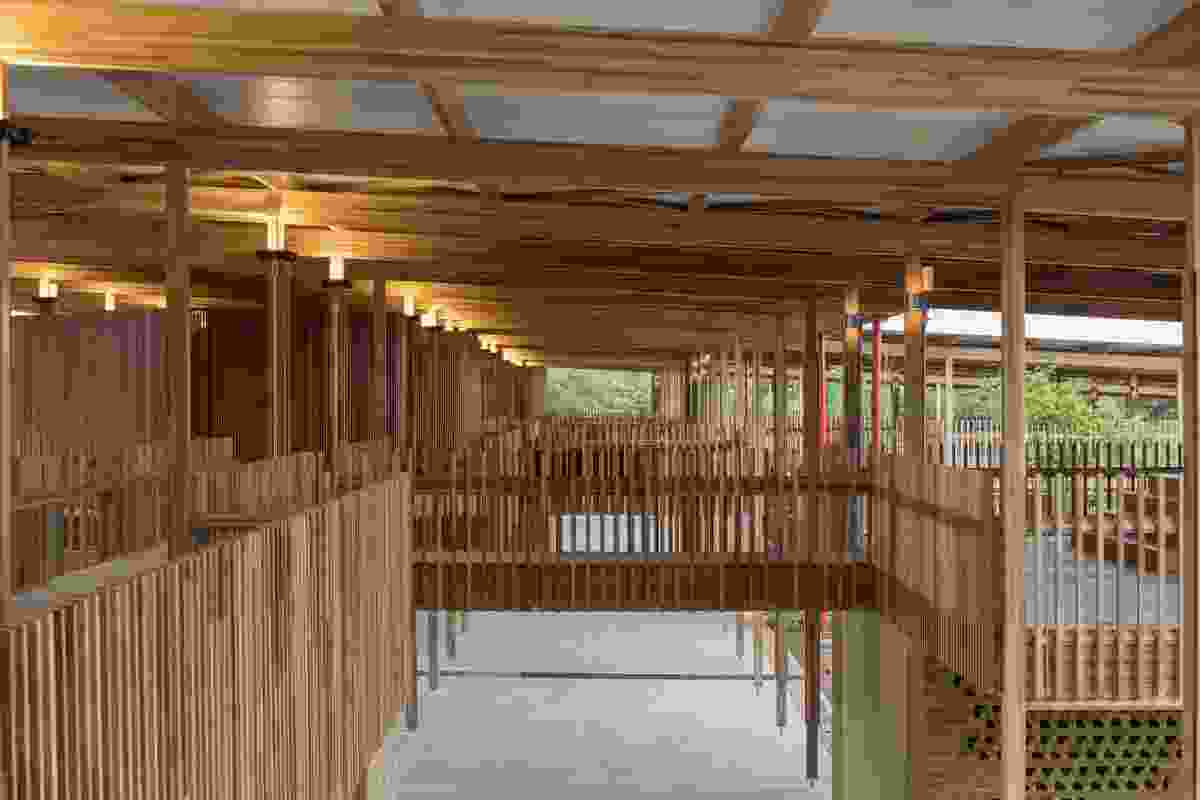 Children Village by Aleph Zero and Rosenbaum and in Brazil was awarded the 2018 RIBA International Prize.