A $31 million art gallery in the regional Queensland city of Rockhampton, designed by Conrad Gargett in conjunction with Clare Design and Brian Hooper Architect, has received funding from the federal government.

The gallery project received $10 million – the maximum possible allocation – in the third round of funding from the government’s $641.6 million Building Better Regions fund, which is administered by the Department of Industry, Innovation and Science. The funding will trigger the release of $8 million pledged to the project by the state government.

Rockhampton Regional Council endorsed plans for the museum in March 2018. The design calls for a three-storey structure with around 4,700 square metres of floor space, containing a number of double-height exhibition spaces, as well as retail, cafe, administration and flexible multipurpose spaces.

Sitting next to the heritage-listed Rockhampton Customs House on Quay Street,the new building will expand on the existing Rockhampton Art Gallery, which was founded in 1967 and initially housed in Rockhampton Town Hall before transferring to its current custom-built space on Victoria Parade in 1976. The museum holds one of regional Australia’s most significant collections of Australian modernist painting of the second half of the twentieth century, with works by Arthur Boyd, Sidney Nolan, Russell Drysdale, Charles Blackman, John Brack and Jeffrey Smart.

It was a project pushed by long-serving former Rockhampton major Rex Pilbeam, who said in 1976, “‘I solemnly charge the future citizens of Rockhampton to maintain and advance this gallery in years to come. This is the least that we can expect of the citizens of tomorrow in return for the splendid contribution made by the citizens of today.”

Rockhampton mayor Margaret Strelow said, “The new art gallery will have space to put Rex Pilbeam’s legacy collection on display as well as being able to accept major travelling exhibitions that we have previously missed out on due to space restrictions.

“Rex Pilbeam charged us with the task of advancing his collection four decades ago. His words [have] been the inspiration behind this project.

“We will now go out to tender and we anticipate work to commence on site in the second half of this year.”

“The gallery diagram centres around an east-west ‘interior street’ that generates a new connection from the city’s main street through to the river,” she said. “The new street is defined by two levels of high ceiling gallery spaces on one side and open function areas on the other that culminate in a three-storey glazed atrium to engage directly with Customs House.” 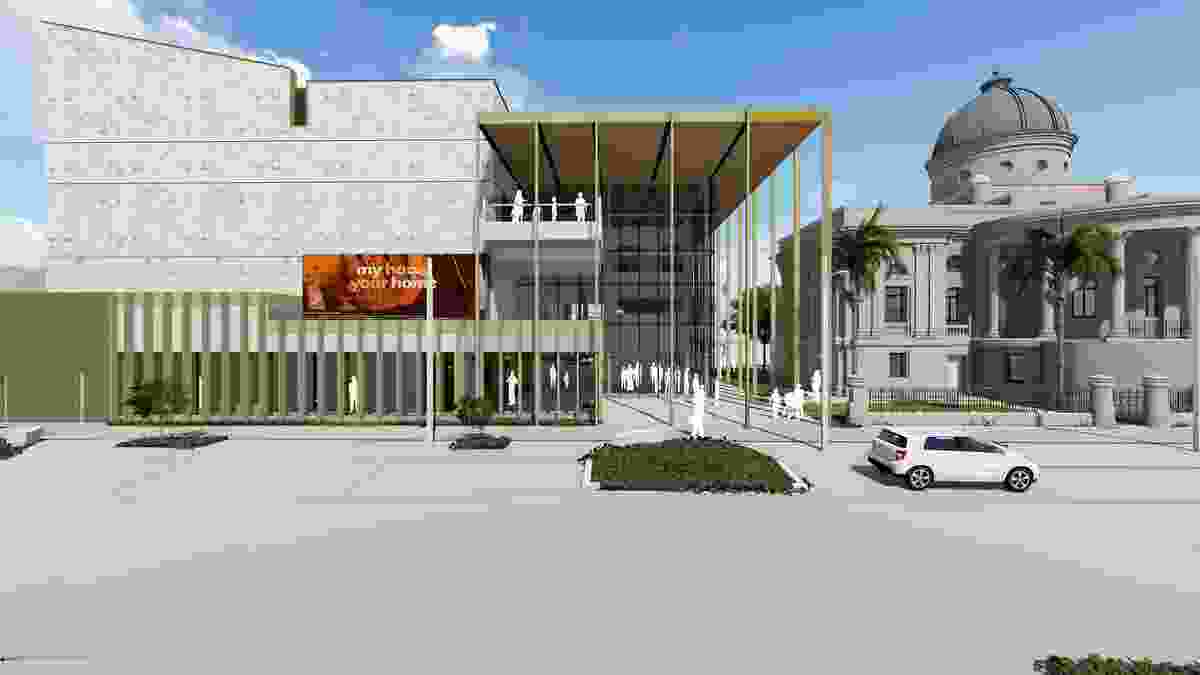