Clare Design, Conrad Gargett and Brian Hooper Architect will collaborate on the design of a new, $31 million art gallery in the Central Queensland city of Rockhampton.

Rockhampton Regional Council has endorsed the project and is now seeking funding from both state and federal governments.

The gallery would expand on the existing Rockhampton Art Gallery on Victoria Parade and would occupy the footprint of council-owned buildings at 212 and 214 Quay Street, next to the heritage-listed Rockhampton Customs House.

A schematic design, approved by council on 20 February, would see the construction of a three-storey structure with around 4,700 square metres of floor space, containing a number of double-height exhibition spaces, as well as retail, café, administration and flexible multipurpose spaces.

The design brief also included the refurbishment of the heritage-listed Bond Store, Customs House and stables which neighbor the proposed site of the gallery. The refurbished heritage buildings and new gallery would collectively form a new cultural precinct.

David Gole, Conrad Gargett principal, said the art gallery would “sit adjacent to Customs House and its beautiful Fitzroy River setting, and will be the new centrepiece for creative and social activities to reactivate the city’s heritage precinct.”

The Rockhampton Art Gallery was founded in 1967 and initially housed in Rockhampton Town Hall before transferring to its current custom-built space in 1976. The museum holds one of regional Australia’s most significant collections of Australian modernist painting of the second half of the twentieth century, with works by Arthur Boyd, Sidney Nolan, Russell Drysdale, Charles Blackman, John Brack and Jeffrey Smart. When then-curator at the Australian National Gallery James Gleeson visited in 1977 he told The Morning Bulletin, “What had been happening in Rockhampton is the talk of Australia in the art world … There has been nothing like it in the country before.”

“The gallery diagram centres around an east-west ‘interior street’ that generates a new connection from the city’s main street through to the river,” she said. “The new street is defined by two levels of high ceiling gallery spaces on one side and open function areas on the other that culminate in a three-storey glazed atrium to engage directly with Customs House.

“Architecturally, the materials and colour palette of the art gallery complement the historic building context.”

Rockhampton mayor Margaret Strelow said the council had initially considered the adaptive reuse of the existing council buildings on the site. “However, the architects showed us that this option was more expensive than building a new structure and that the space would not work for a modern gallery.”

“Reusing the old buildings, aside from not being the best solution from a cost perspective would also restrict the collections we could showcase,” she added.

“The ceiling heights would always be a challenge and retrofitting the size and style of lift required for an art gallery as well as installing loading docks at the rear eventually convinced us to start fresh.”

The three practices will now embark on the detailed design phase. In total the project is estimated to cost $31 million. 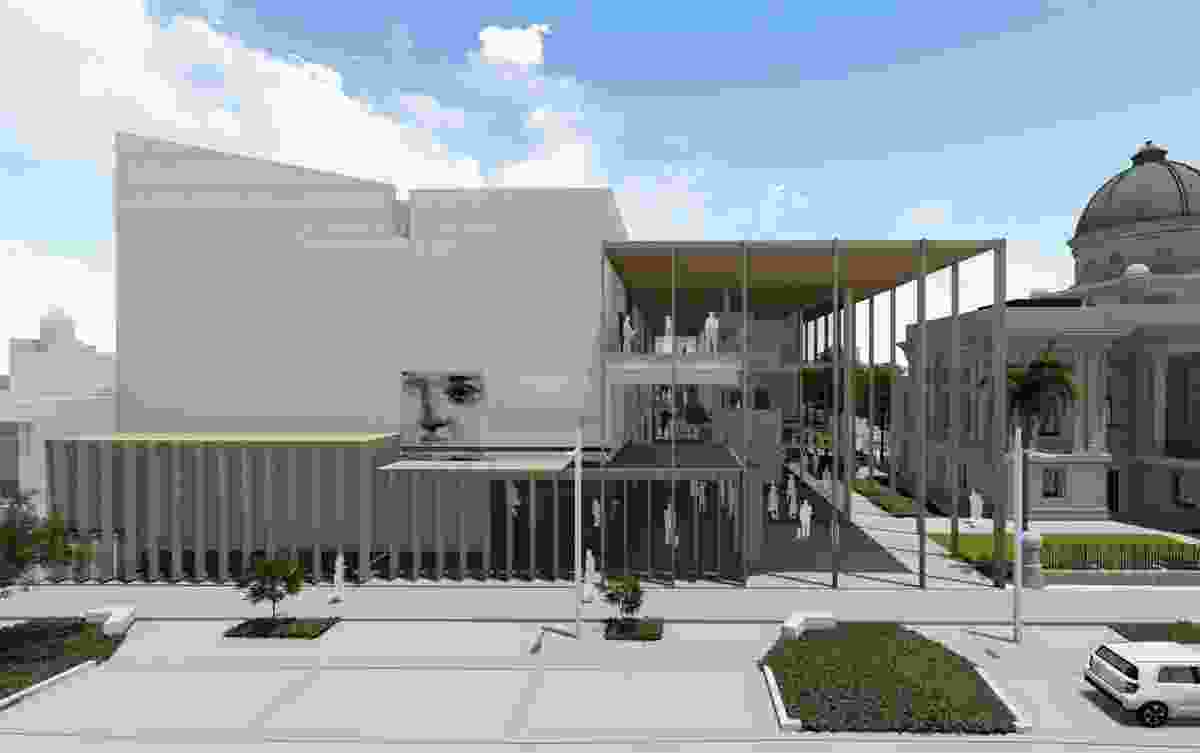