The casino complex, which includes a 17-storey octagonal hotel tower with a revolving restaurant on top, was added to Hobart’s heritage register by the Hobart City Council in June 2015. It was one of 1,500 properties that were heritage listed in an interim planning scheme without the owners being notified, which is not required under Tasmanian law.

The move had angered Federal Group, which launched legal action against the Hobart City Council and the state government. Federal Group did not dispute the heritage value, but sought to negotiate with the council on removing some parts of the site from the heritage register. The matter was settled out of court privately between the parties.

The $70 million refurbishment by Buchan Group will consolidate the casino’s existing three separate gaming areas into a single space. It will open up the roof to a large skylight with views of the hotel tower, which still remains Tasmania’s tallest. The proposed works also include an additional private VIP gaming room, an upgrade of the Birdcage Bar, revitalized waterfront areas with public access to the boulevard walkway as well as new dining venues.

Federal Group holds an exclusive gaming licence to operate casinos and poker machines until 2023. In 2014, David Walsh, professional gambler and owner of the Museum of Old and New Art (MONA), announced plans for his own high roller casino, part of a $200 million expansion. The announcement prompted talks between MONA, Federal Group and the state government.

Federal Group claims the refurbishment works are contingent on a renewal of its monopoly gaming licence. “There is no doubt that we require certainty around the future of our operations in order to embark on a project of this size,” said Greg Farrell, CEO and managing director of Federal Group. “With a new licence, we would be able to lodge a development application very quickly.”

The Tasmanian Greens and federal Independent MP Andrew Wilkie have labelled the claim corporate blackmail. Tasmania Treasurer, Peter Gutwein, issued a statement saying while the government welcomed Federal Group’s intention to redevelop the casino, “obviously, whether or not this proposal goes ahead is entirely a matter for Federal Group, but the Government hopes this investment would take place irrespective of what might happen with the gaming deed. As we’ve consistently said, the deed expires in 2023 and we won’t be rushing to a decision.” 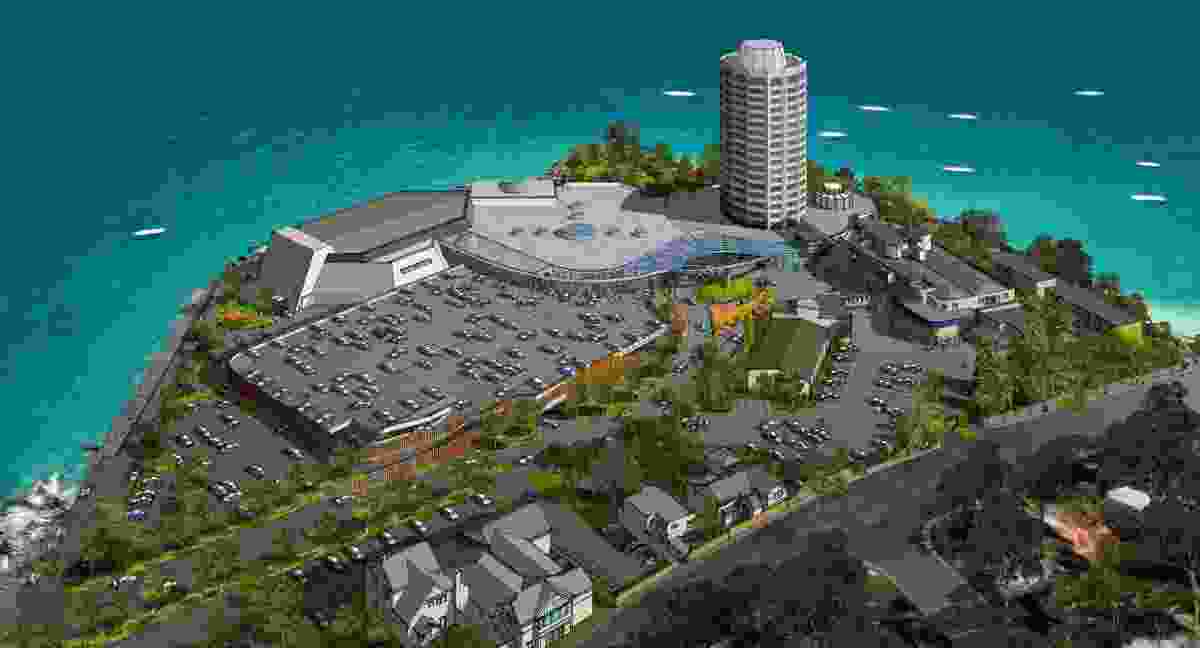 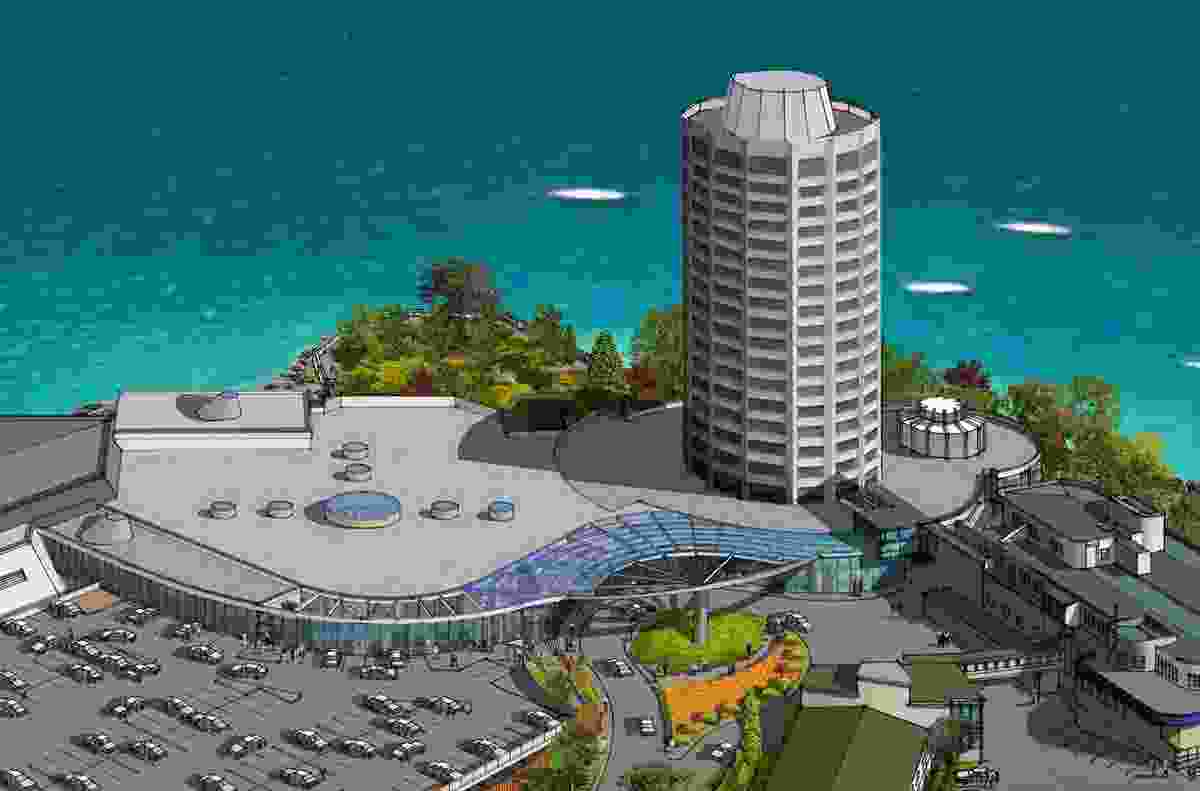 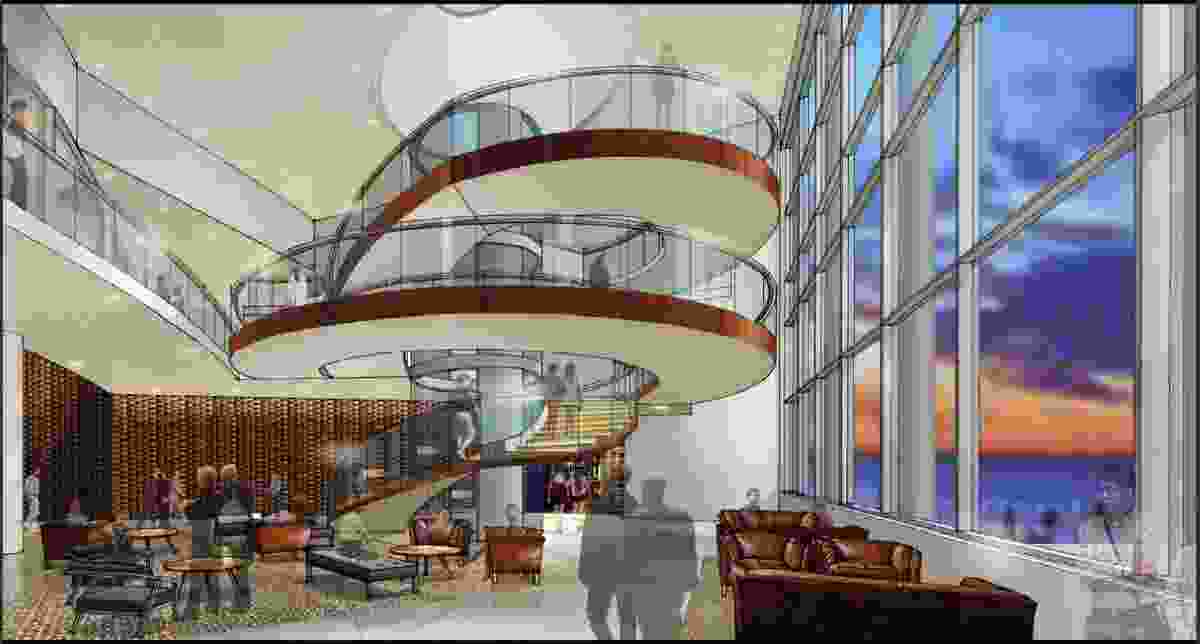 Proposed upgrade of the Birdcage bar in the Wrest Point Hotel Casino refurbishment by Buchan Group.