South Australian winemaker d’Arenberg has unveiled a design for its new visitor centre inspired by the Rubik’s Cube, set in McLaren Vale.

The d’Arenberg Cube by architect Nic Salivati from ADS Architects will turn a 10-year-old idea of chief winemaker, Chester Osborn, into a reality.

“I’ve always considered winemaking to be a puzzle that needs to be put together,” said Osborn. “This building is yet another puzzle to solve, the external patterns join together for a seamless solution, and ideally, all elements of wine should do the same.”

The design mimics the puzzle of the Rubik’s Cube by twisting the top two levels of the five-storey cube with a “fallen block” in the car park. The building, set among the vines, will feature a folding origami entrance, tasting rooms, a bar, a restaurant and office accommodation.

The $11 million project is currently under construction and expected to open in late-2016. 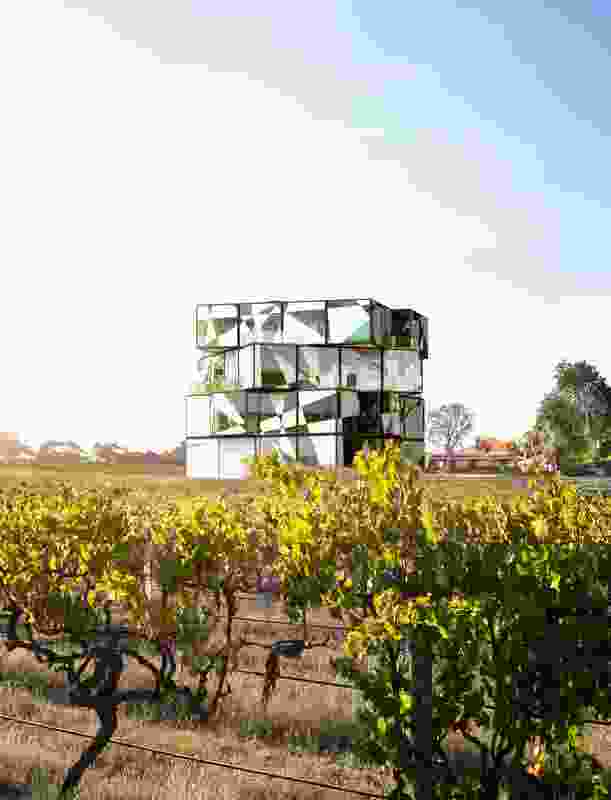