The winning proposal for the expansion of Art Gallery of NSW by SANAA.

Pritzker Prize Laureates Kazuyo Sejima and Ryue Nishizawa, of Japanese practice SANAA, have emerged victorious from an international design competition for the expansion of Art Gallery of NSW, also known as Sydney Modern.

SANAA’s design consists of a series of pavilions reaching out towards neighbouring cultural landmarks including the Domain, Royal Botanic Gardens, Sydney Harbour Bridge and Woolloomooloo.

“We proposed making a number of plates, each containing a gallery,” Kazuyo Sejima told ArchitectureAU. “The plates sit along the topography. So every plate has a slightly different relationship to nature.”

“The complex of pavilion-like units does not dominate the site, or attempt to project its own overwhelming architectural image,” said jury member Juhani Pallasmaa. “It creates a respectful, refined and balanced dialogue with the existing gallery building as well as the larger park setting. The various urban and landscape components of the site are united into a relaxed and well-functioning entity with a natural flow of movement and views. The overall atmosphere of the project with its setting is unconstrained, cultured and stimulating.”

Dr Michael Brand, director of Art Gallery of NSW said, “The subtle profile of the pavilions complements and preserves the history of the existing gallery building creating spaces that bring people together and foster a sense of community, imagination and openness. The concept is futurist in its thinking about art museums and the visitor experience and will be transformative for the gallery and for Sydney.”

SANAA have an illustrious portfolio of art gallery projects including the New Museum in New York, 21st Century Museum of Contemporary Art in Kanazawa and Musee de Louvre-Lens in France. In 1997 (two years after the studio was founded), SANAA won the first international design competition for the Sydney’s Museum of Contemporary Art, but the design was abandoned when site investigations uncovered historic dockyards below the carpark.

“That project was almost 20 years ago, at a time when we established the SANAA office. It was the first project invited outside of Tokyo, Japan,” Sejima reflected. “Finally, we can make another project in Sydney.

Both sites are wonderful but this site, especially, has a lot of diversity because it’s very well connected not only the harbour but also the garden to the city. It’s a very important place. This is a challenging project.”

SANAA is in the process of establishing a partnership with a local Sydney practice.

The $450 million Sydney Modern project will double the size of the current gallery by extending the site immediately to its north. The proposed site is currently parkland, which forms a land bridge over the 10-lane Cahill Expressway, east of Mrs Macquarie Drive. The new building will include exhibition spaces, a multi-purpose theatre, learning and interactive spaces and expanded restaurant, cafe and event spaces with both indoor and outdoor art experiences. The project is set to create a new cultural precinct connecting the Royal Botanic Gardens and the Domain. The project is expected to be complete in 2021 in time for the gallery’s 150th anniversary.

Thirty local and international practices were invited to participate in stage one of the competition. Twelve were selected to proceed to stage two, announced in October 2014, from which five were shortlisted in January 2015. 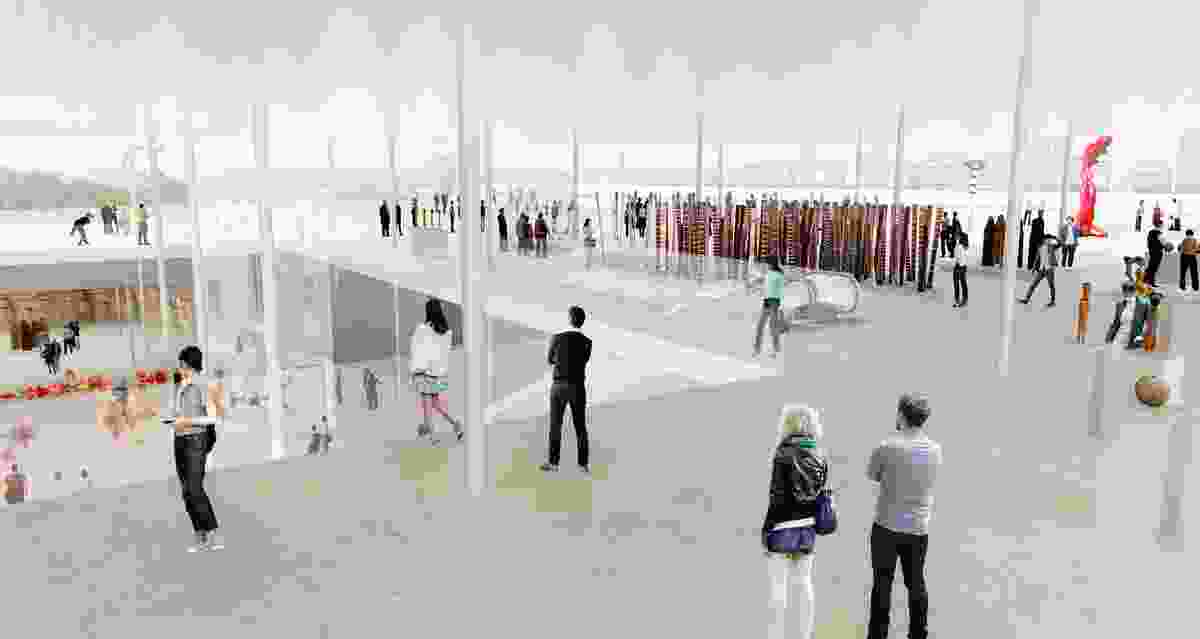 The winning proposal for the expansion of Art Gallery of NSW by SANAA. 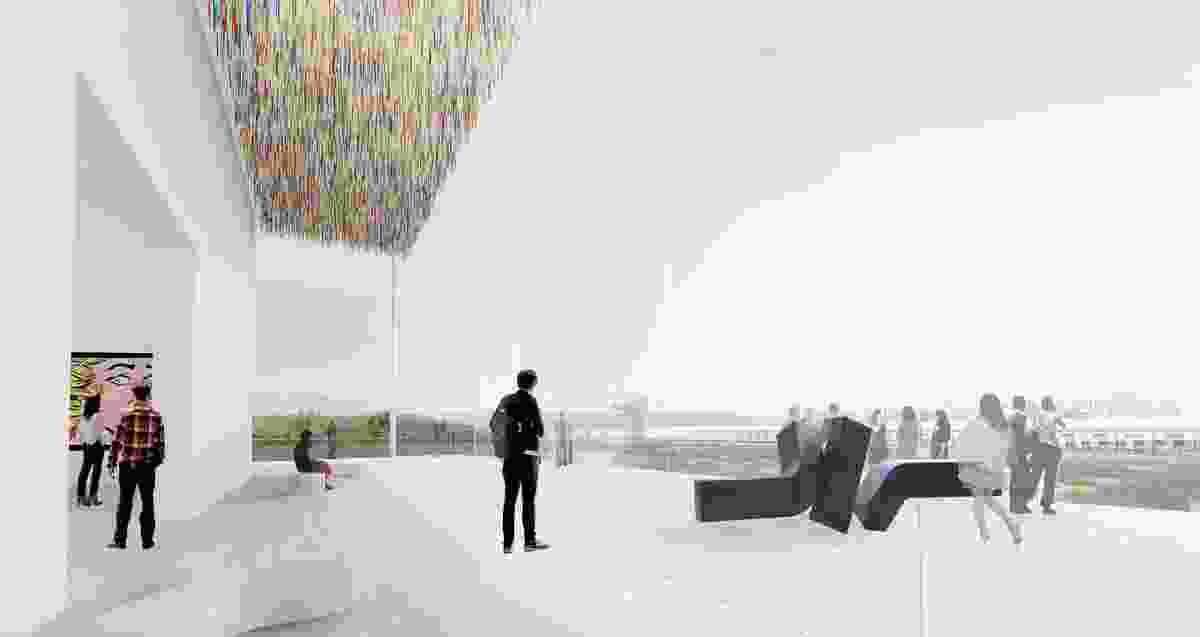 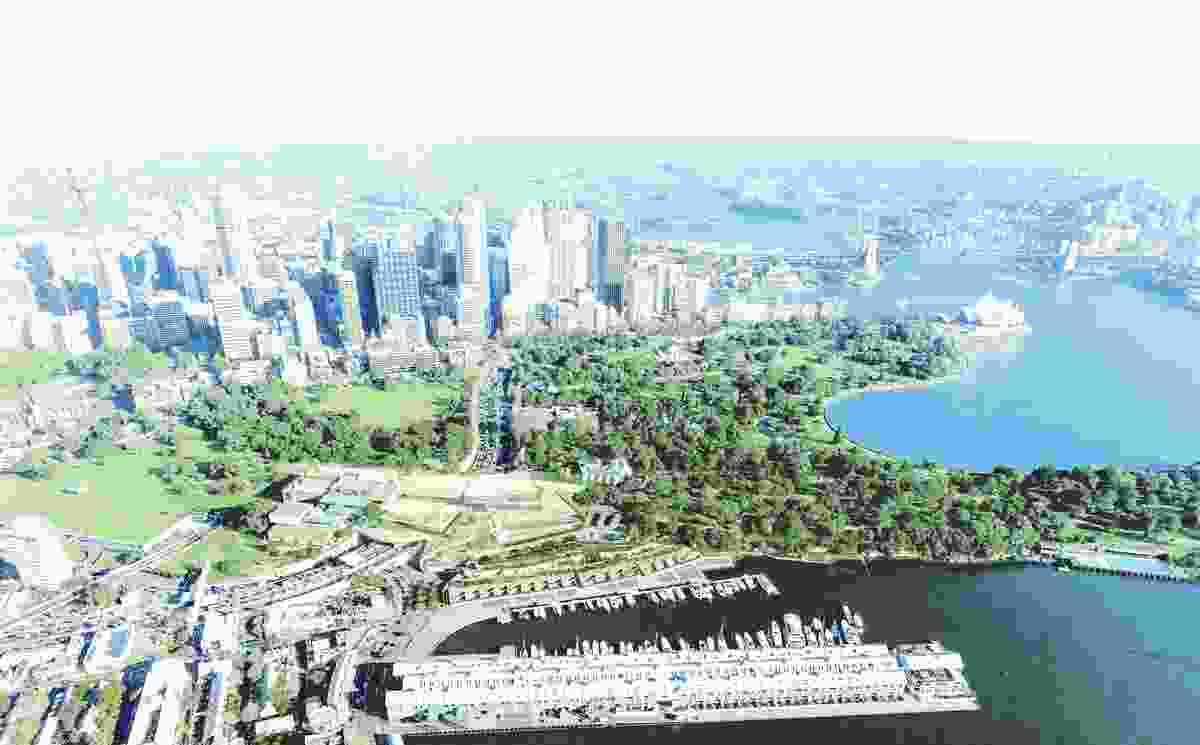 The design consists of a series of pavilions expanding out into the landscape.