Stephen Ward from the University of Adelaide discusses the pivotal use of place and materiality in three South Australian schools by Tridente Architects: Caritas College Junior School, Cardijn College and the Wilderness School.

Schools can be tough environments to get right. They are often characterized by a spread of buildings that individually and collectively lack the qualities desired of a nurturing learning community. The surrounding geography and economic climate can also be a hindrance. The educational work of Tridente Architects in South Australia confronts all of these challenges.

A recent project by Tridente Architects, in a harsh setting and highly visible on the landscape, is located at the Caritas College Junior School, which sits near the key road junction of National Highways A1 and A87 outside Port Augusta. It is the point at which one heads north to the centre of Australia, west to Perth, or south to Adelaide and the eastern states.This locates the college at the edges of both the outback and of settlement.

The school’s newest structure, an external covered area by Tridente, emerges from its site to provide shelter from the extreme conditions characteristic of its location. Used for sport training and play, community activities and student performances, it is the first major project to be implemented after the masterplanning of the entire school campus. Even though it is not an enclosed building, it acts both emblematically and figuratively as the centrepiece for the school.

Like many recent school developments, the covered area was undertaken as part of the federal government’s Building the Education Revolution (BER) program and was subject to the funding and procurement requirements of its authorities. Many of the buildings completed under this program were standard designs, but this project is a reinterpretation of the school hall, adjusted to meet the particular requirements of its site and school community.

The area is little more than a roof and a wall, and the treatment of these elements is both pragmatic and decorative, utilizing long-span cladding that almost floats above the landscape like the petrol station canopies that dot the highways.

The area is little more than a roof and a wall, and the treatment of these elements is both pragmatic and decorative, utilizing long-span cladding that almost floats above the landscape like the petrol station canopies that dot the highways. The protective wall utilizes the same sheeting in a rhythm of black, white and yellow, resulting in a composition that is bold, direct and playful and which mirrors the graphics of road signage designed to bluntly attract attention.

Even though it has a powerful presence during the day, the building is even more dramatic at night, when the carefully arranged strips of fluorescent lighting provide a halo effect that imbues the place with an other-worldly quality, much like bulky road trains with their headlights gleaming on the highway.

The ideas underpinning the covered area at Caritas College are typical of Tridente Architects. It is a project that relates specifically to site, places priority on the users, and creates a new identity from a relatively modest and disparate base of building stock. Since opening the practice in 1989, Nick Tridente and his team have worked with diverse education providers, including elite private colleges and schools in lower socioeconomic areas. Irrespective of location or finances, the approach has always been the same. Tridente’s work is about the idea of place.

The focus on placemaking is evident at Cardijn College, another recent project that has grown from a re-evaluation of the existing site and client priorities. Previously an introverted grouping of buildings located in one of Adelaide’s outer southern suburbs, Tridente’s first intervention ten years ago involved placing a gymnasium at a key entry point to the site.

Cleverly lifting an otherwise unadorned box from its base, the design allows for views across and through the campus to the rolling hills and ocean beyond. The gymnasium not only provides a strong identity for the school, but it also began the process of opening the campus and giving it visual permeability and relationship to its context. It has been followed by the more recent addition of a language centre which, though more modest in scale, helps to reinforce the masterplanning principles. With its back to a car park and bunkered into the site, the centre presents itself as a windowless sheet metal wall, deliberately thickened to visually anchor the building and conceal its services and technologies.

Reflecting the client’s desire to draw the community within, the centre provides an informal, light-filled central zone surrounded by flexible and more intimate spaces. But it is the detailing that brings this building to life. Tridente makes a habit of taking relatively ordinary materials and manipulating them strategically, or using them in surprising combinations. For example, the acoustic perforations in the plasterboard ceiling are in a pattern of carefully laid out dots, which reinforces the folding of its planes. Outdoors, the utilitarian concrete block paving is used as a design element through its arrangement in a vibrant pattern, counteracting the more restrained treatment of the surrounding walls.

In contrast with the regional and outer-suburban contexts of Caritas and Cardijn, the Wilderness School for girls is in Adelaide’s leafy inner-suburban ring. The school’s new music centre is perched on the outer edge of a restrictive site and is surrounded by exclusive and established residential development. It is shaped in response to significant trees and acts as a backdrop to them, and is conceived as a solid mass to reduce sound intrusion and to act as a protective wall framing the site entry.

Constructed with precast panels that are slightly pivoted to allow for the introduction of slot windows, it is a wall intended to weather and change: already the ivy that covers many of the historic buildings on site has a foothold. On the other side of the building, countering this solidity, light twisting sunshades of perforated metal make reference to girls’ hair ribbons and the tangle of creative activities within.

Nick Tridente avoids what he calls “carnival architecture,” preferring instead a more straightforward expression of form and function.

We often associate notable Australian architectural practices with projects that have an identifiable language, or a recognizable voice; however, the work of Tridente Architects is not so easily categorized. The obvious emphasis on material, craft and detail may be inherited from Tridente’s own background as the son of a small builder and nephew of a bricklayer and a plasterer. Yet the frustration with standard components has led to reinvention and an experimental approach, such as turning agricultural grating into tactile architectural elements.

It is an approach that is also evident in the firm’s creative response to what could be read as standard and restrictive briefs. Nick Tridente avoids what he calls “carnival architecture,” preferring instead a more straightforward expression of form and function. As a consequence, Tridente Architects’ education projects are tough and robust, but also fun and engaging, using symbolism, colour and the framing of activities to celebrate their occupation by children. Despite their complexity, they are characterized by a certain logic – an apparent simplicity – resulting from an intelligent interpretation of site and project requirements, and the creation of learning environments built upon a belief in the transformative nature of architecture. 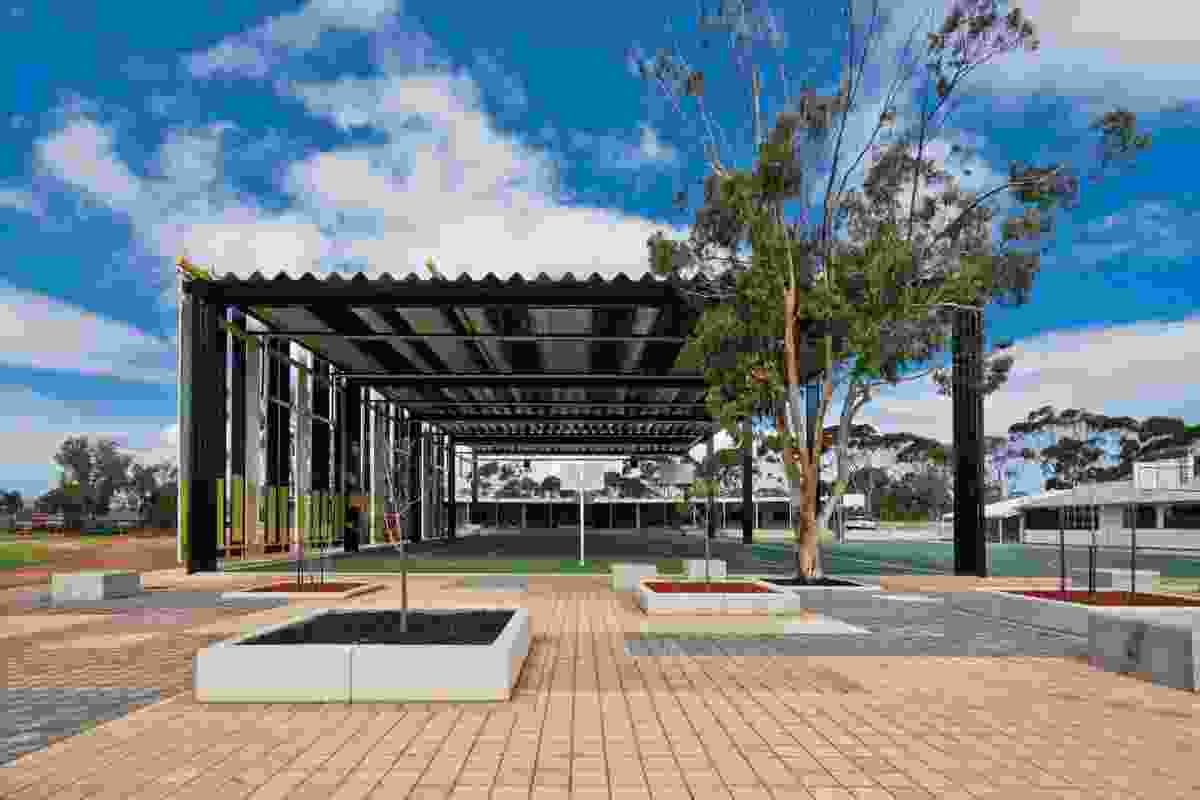 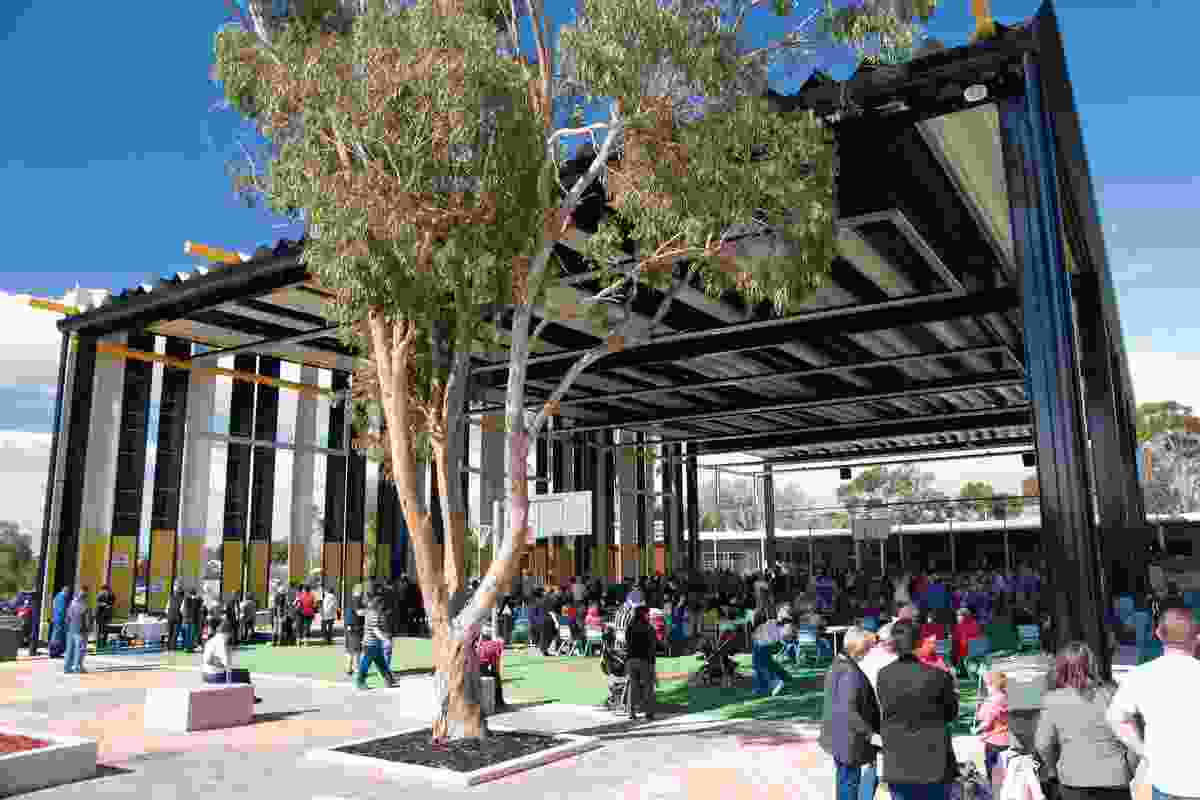 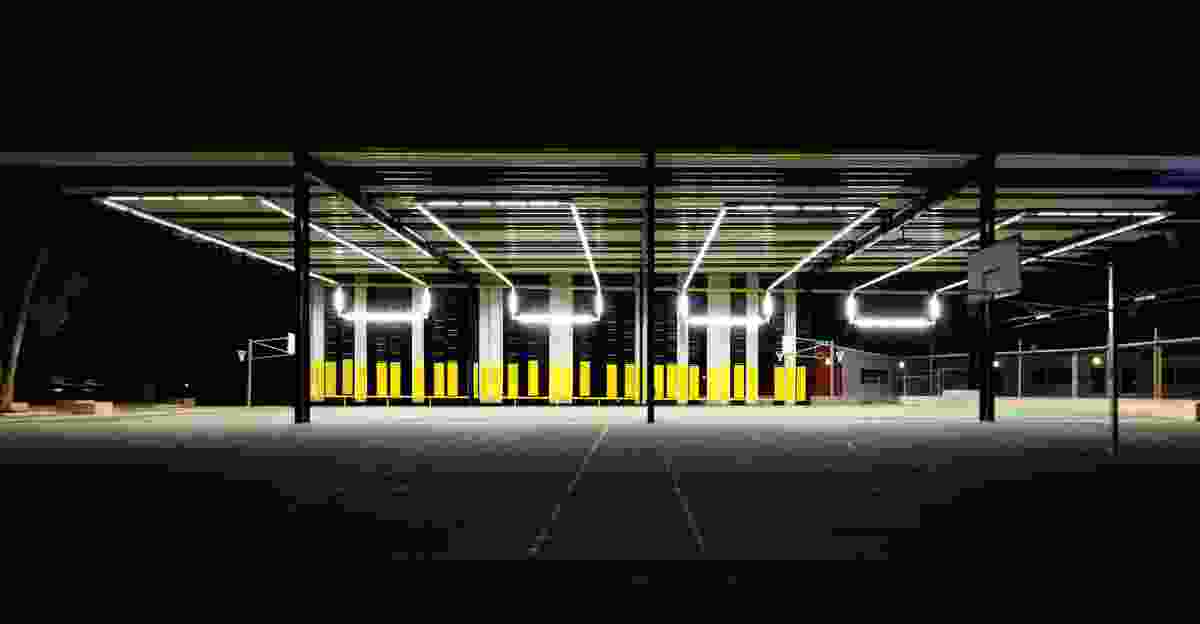 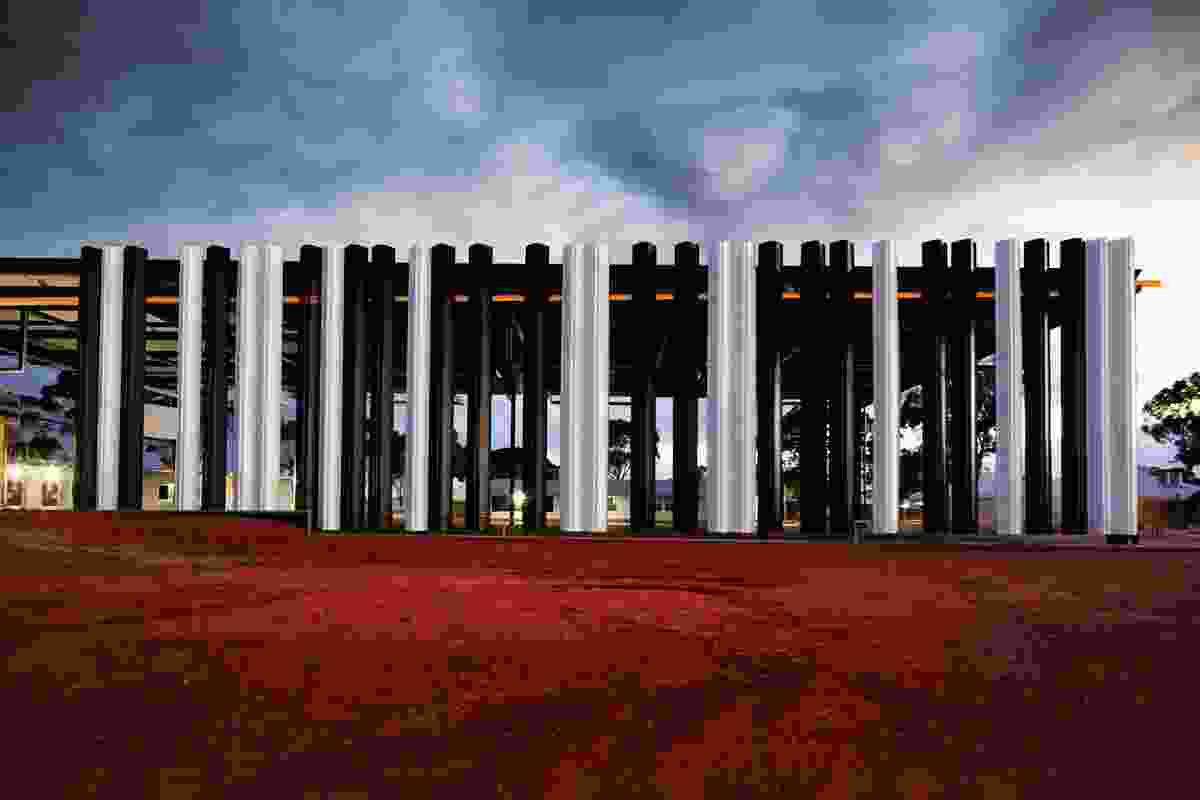 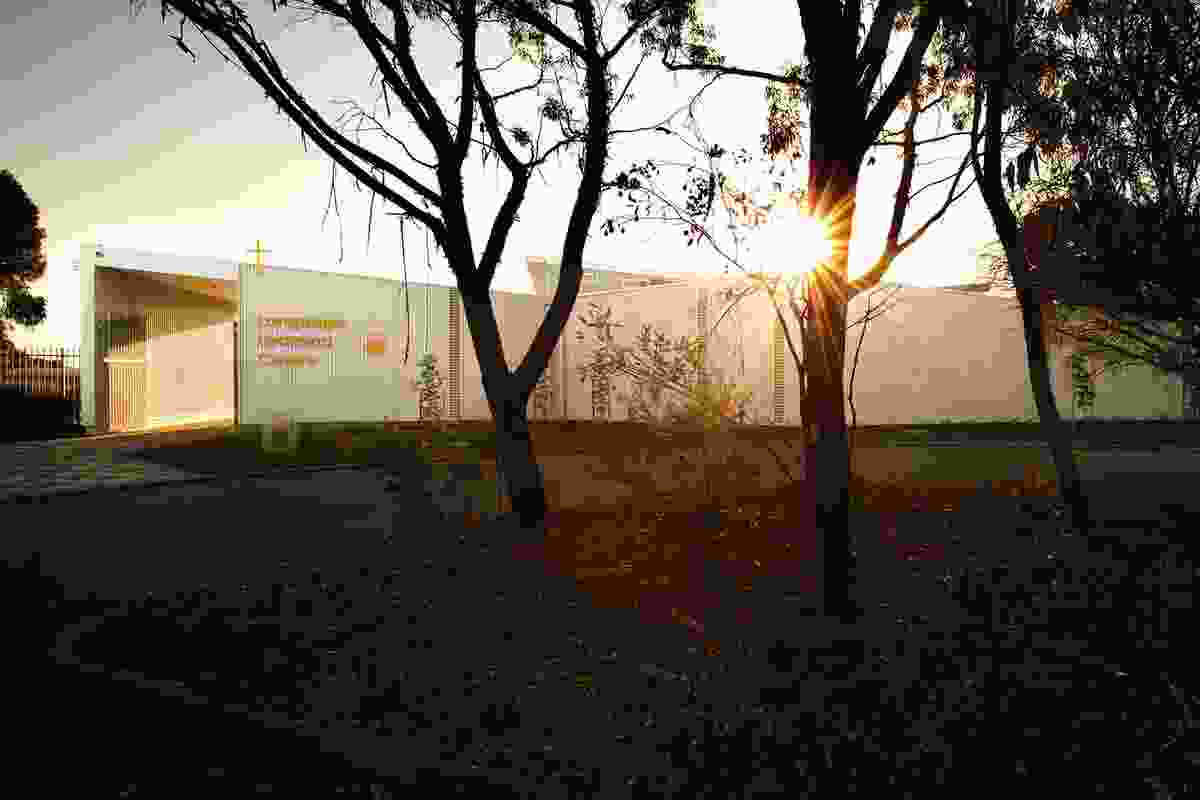 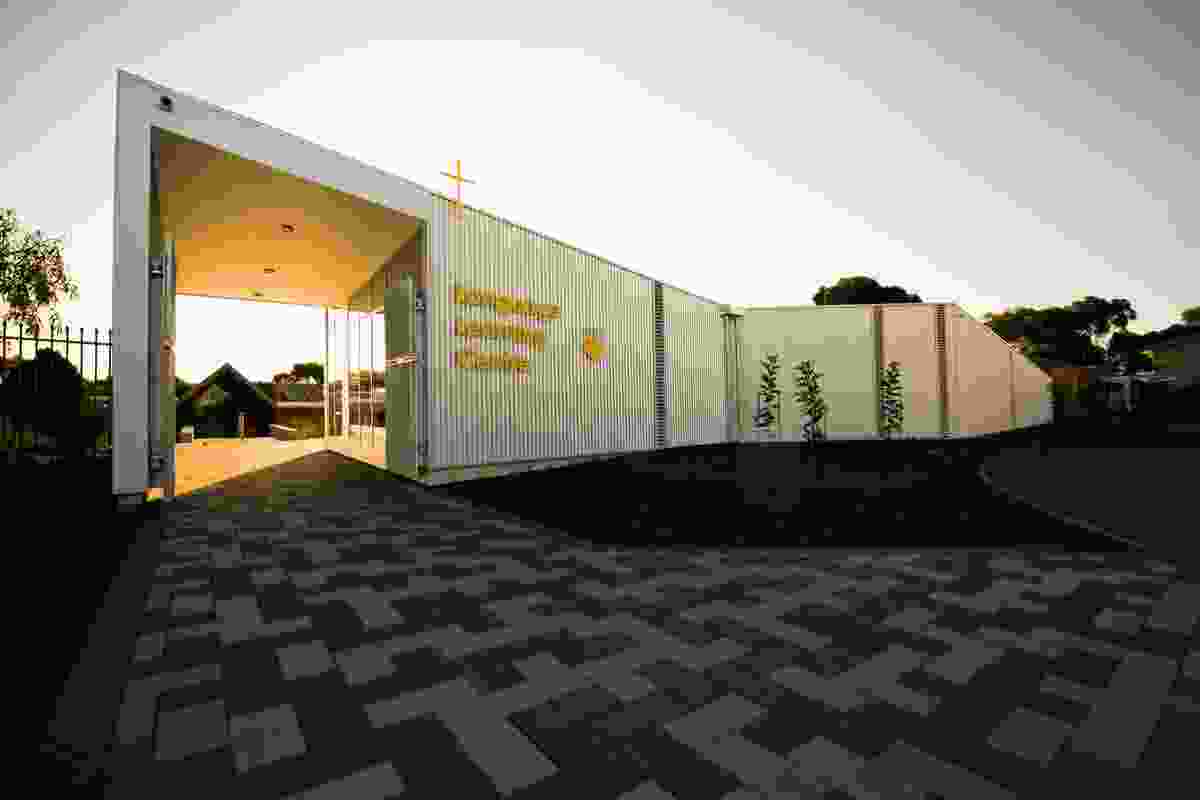 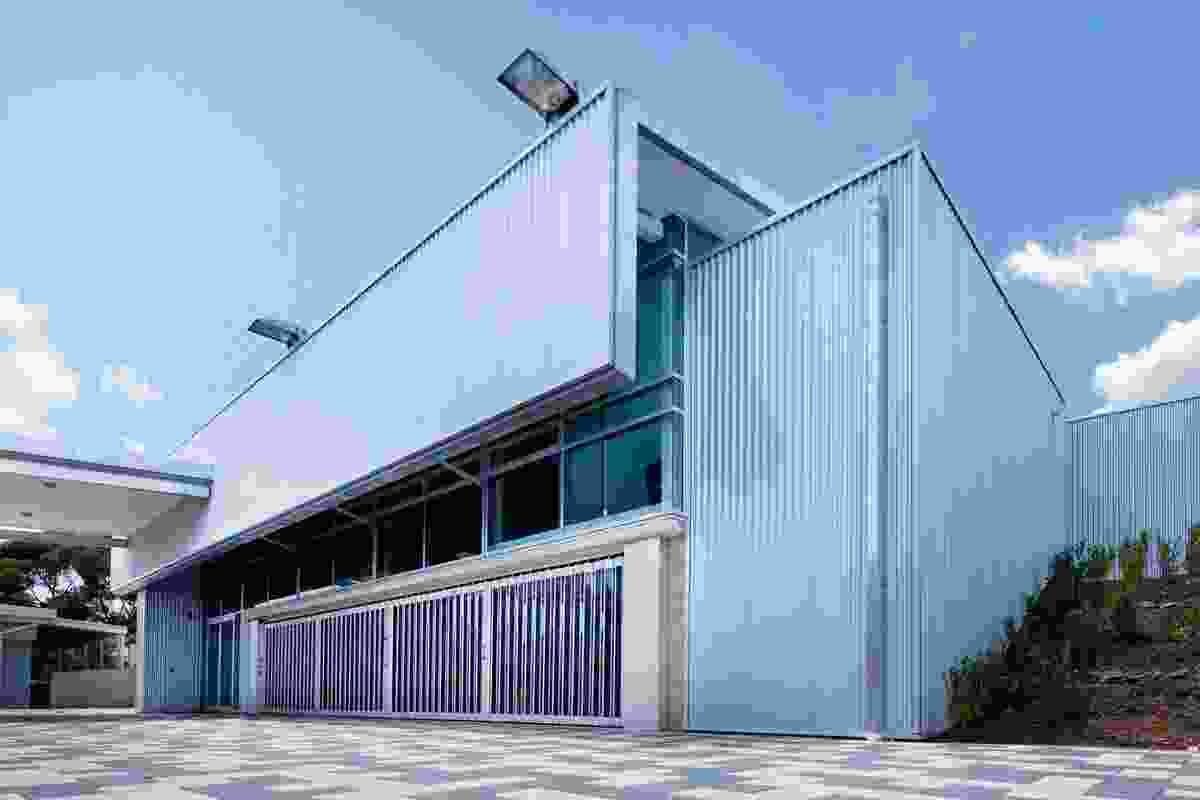 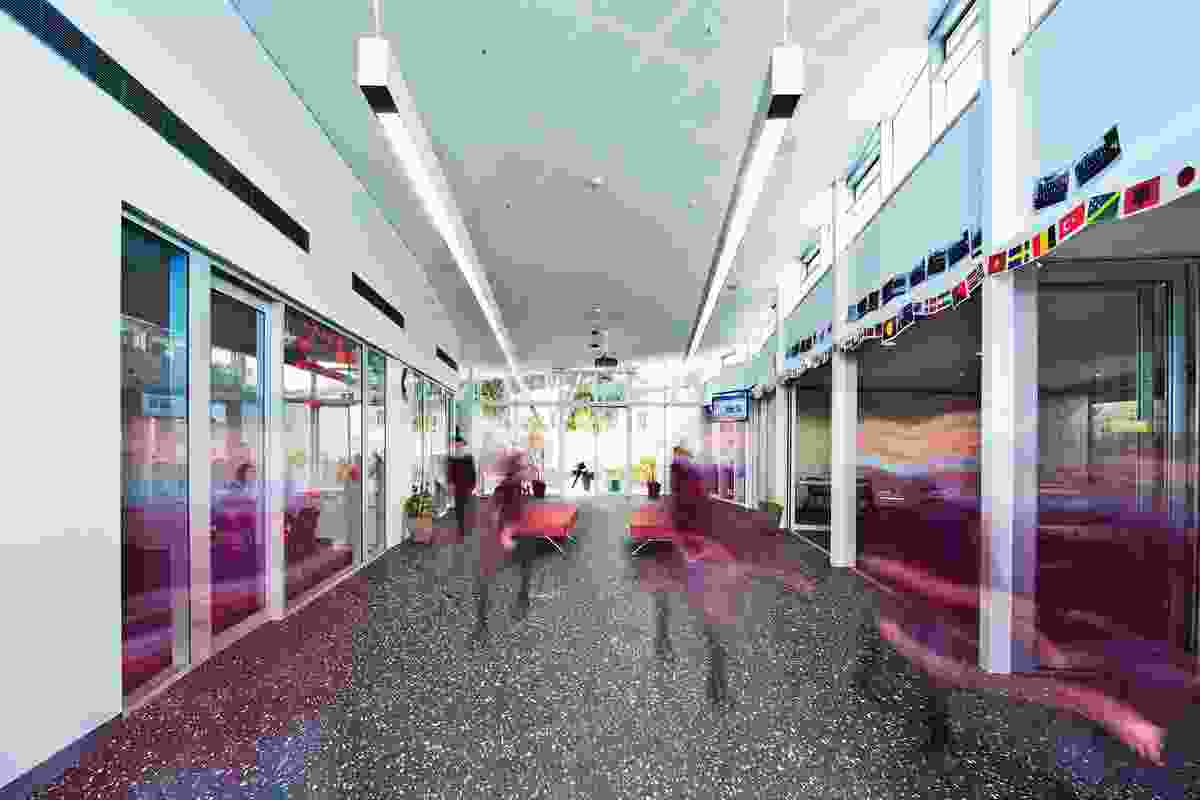 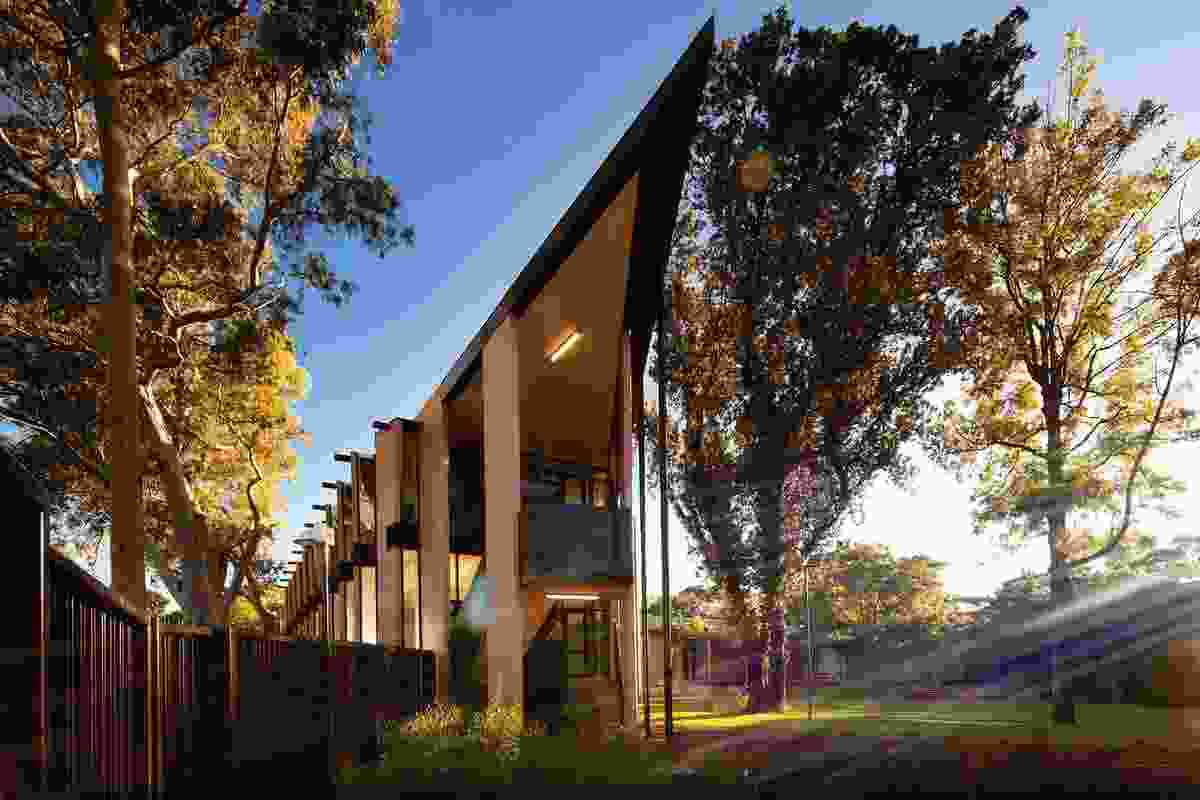 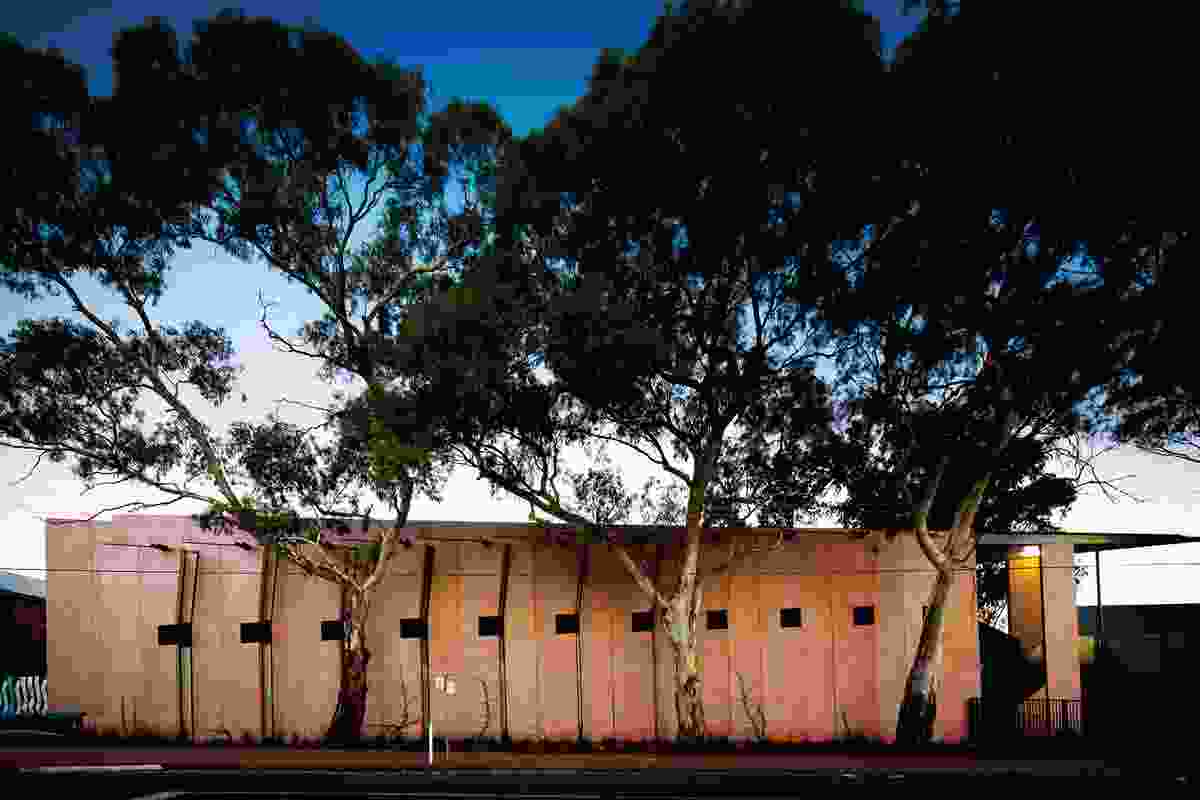 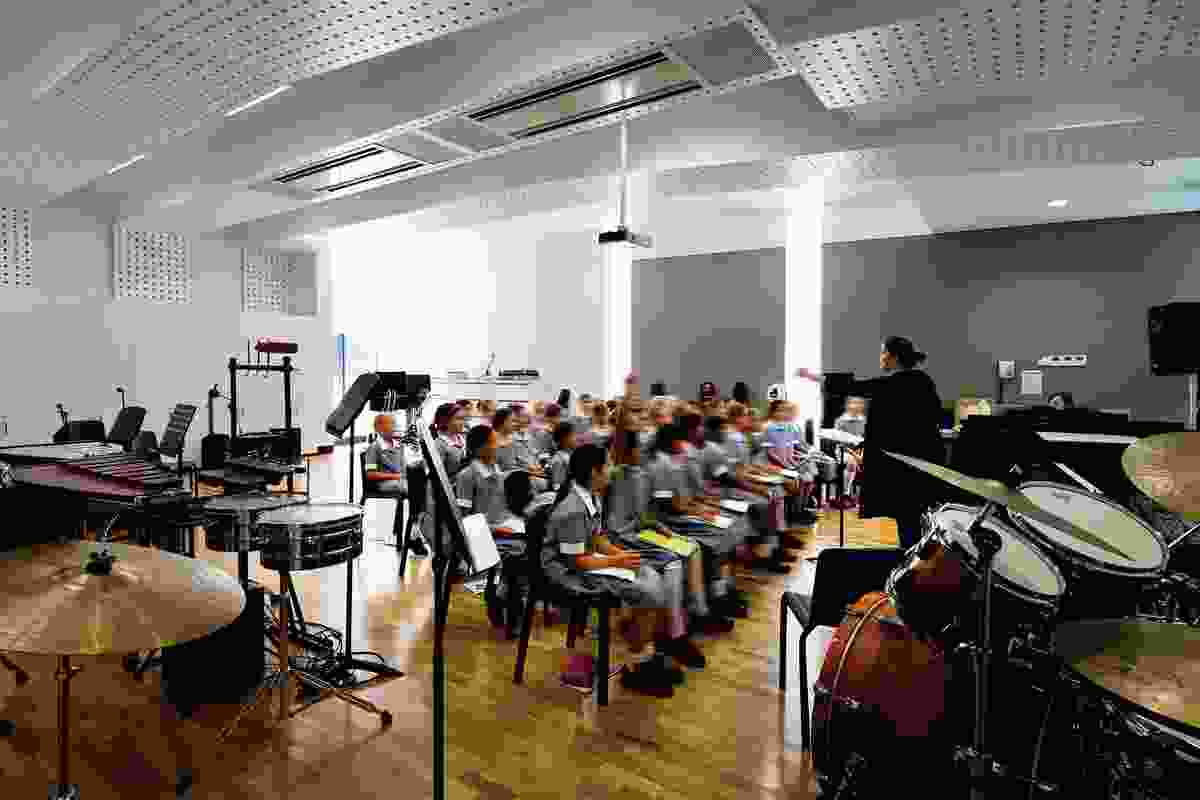