The 2012 university year is in full swing, with approximately ten thousand architecture students enrolled in the sixteen university programs recognized across Australia. In 2011, just over one thousand students graduated from these courses. Here is a sample of the top work from the graduating class of 2011.

A crematorium is anchored deep within the sandstone escarpment of Barangaroo.

This proposal for Carrington Wharf investigates the acts of drinking and violence through restoring the historical notion of the site as a place positioned at the edge of society.

The Cabinet of Large Concerns proposes a new arm of government, for those problems which trouble us most, that intersects the state parliament in Melbourne.

Are You on Higher Ground? proposes a multifunction centre for the church and a scaffold tower, which snakes around the facade of the church, to explore the dichotomies of private/public and spiritual/secular.

Infrastructural Landscapes deals with creating a new use for abandoned mine sites through geothermal energy.

A graduation project from the University of Tasmania.

An office building for the tropics.

Bondi Hex Station proposes a new train line and station for a speculative Bondi of increased density, providing markets and civic functions for local residents and a new public square that creates an additional focal point to that of the iconic beach.

Within the Turbine Hall on Cockatoo Island, an intimate space is created for performances, which can be manipulated into various forms due to the vertical movement of each element. 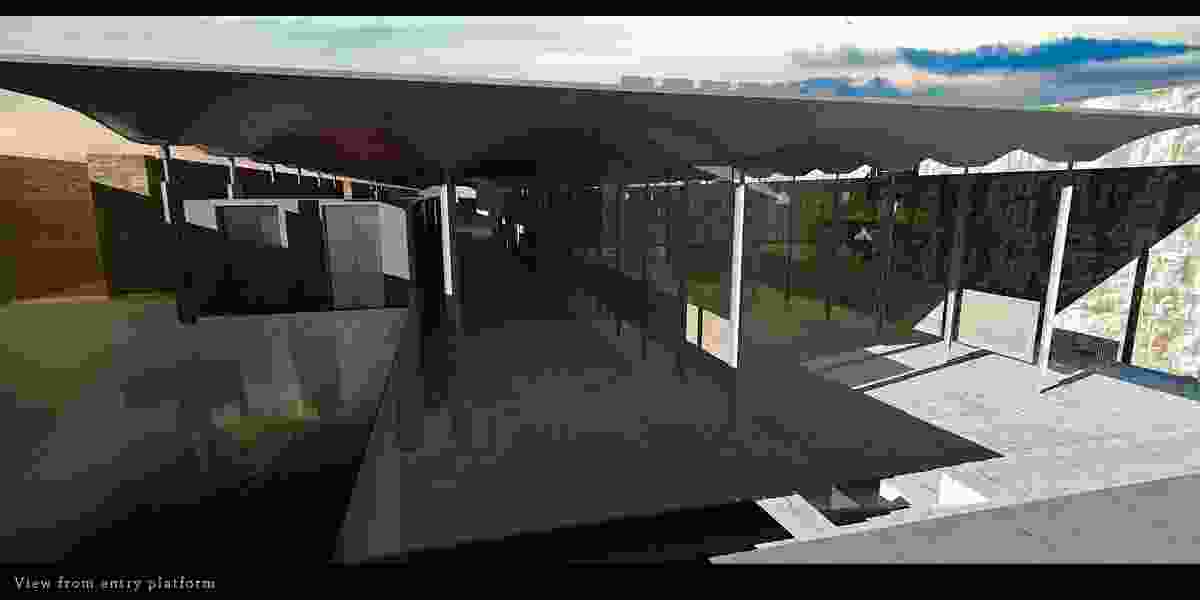 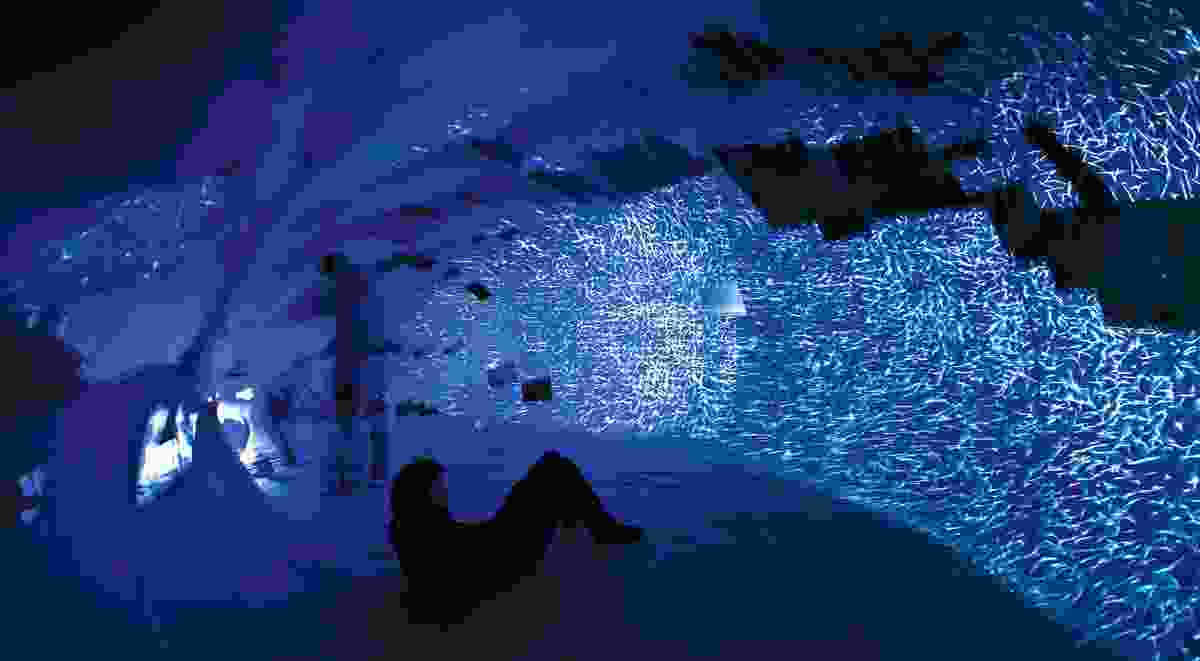 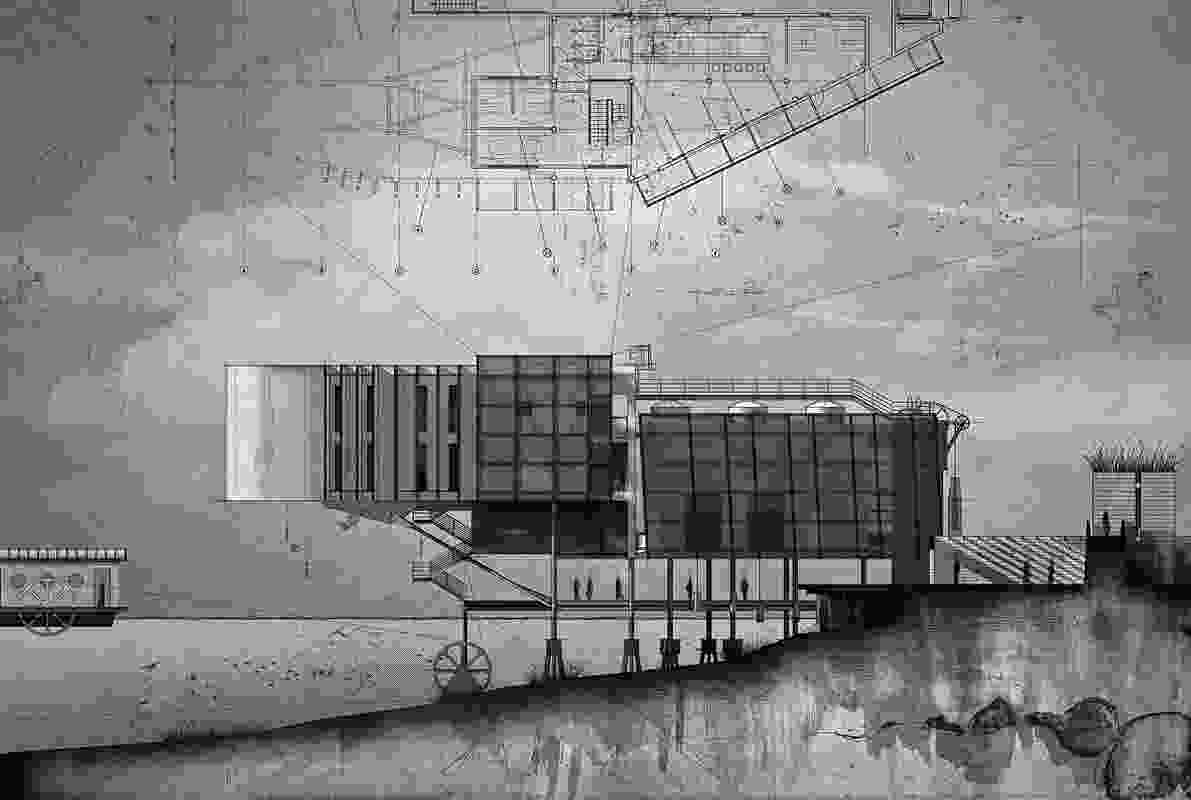 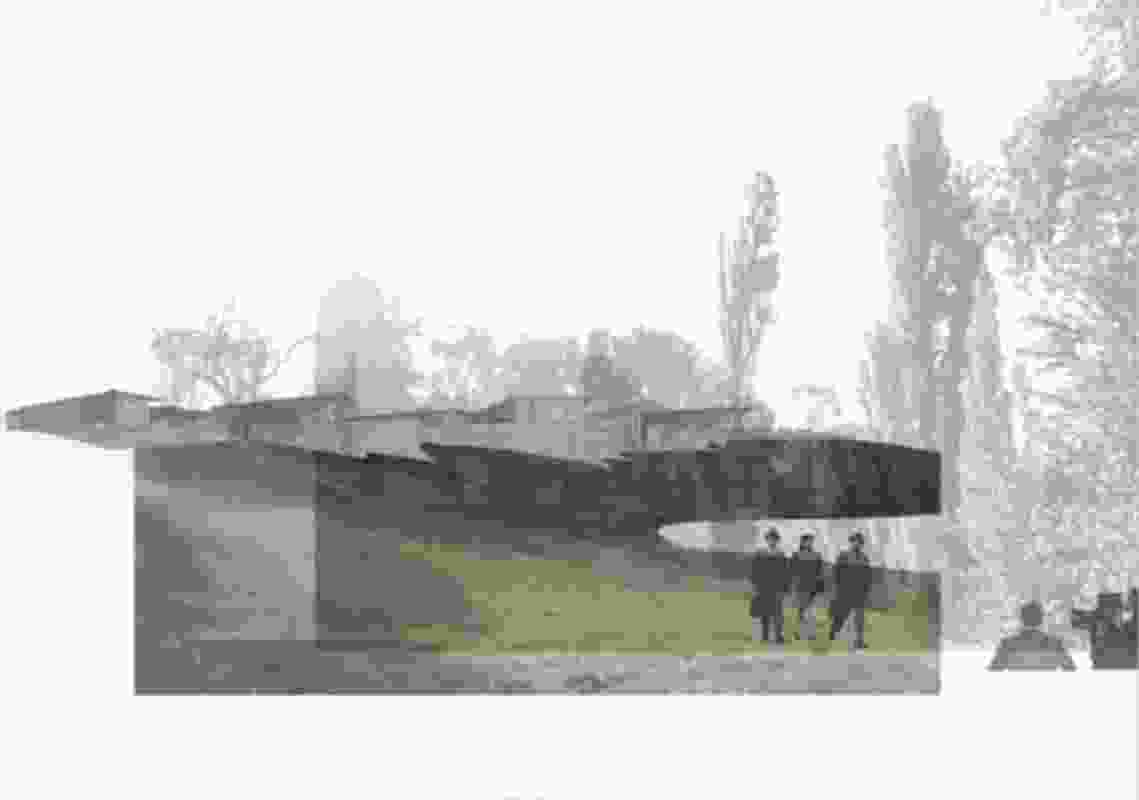 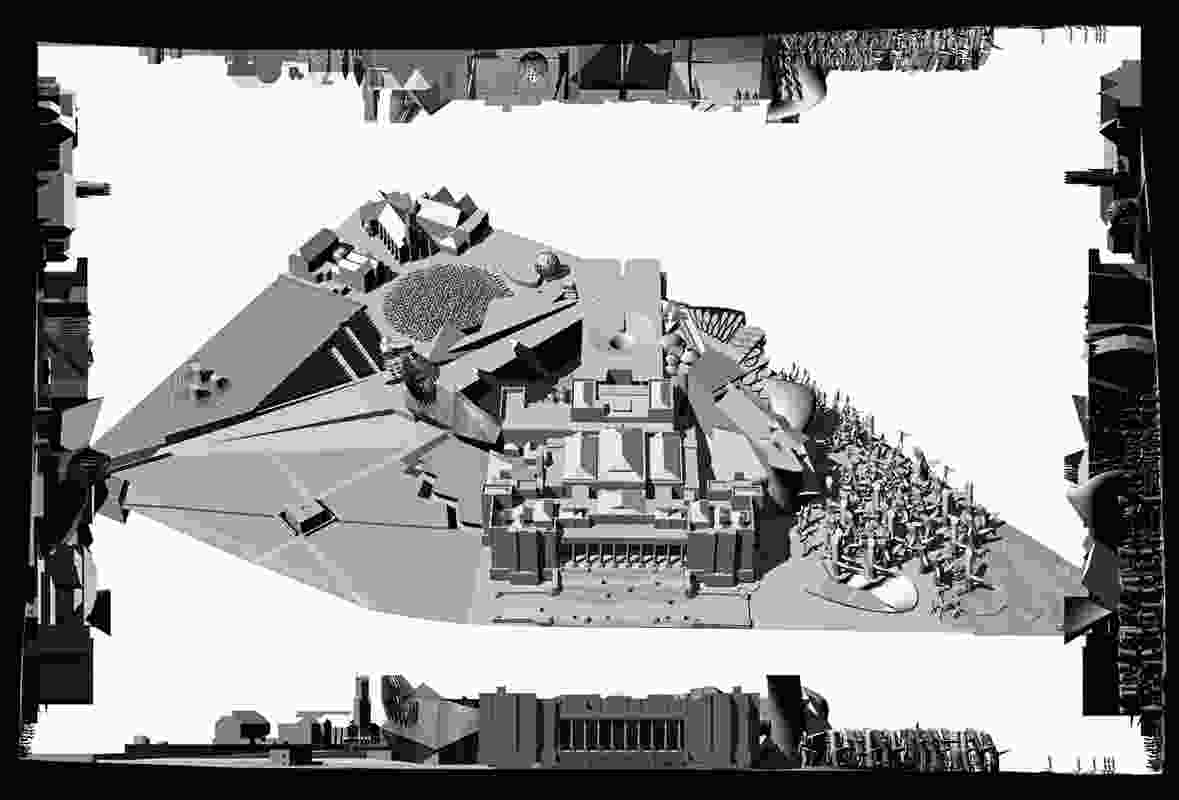 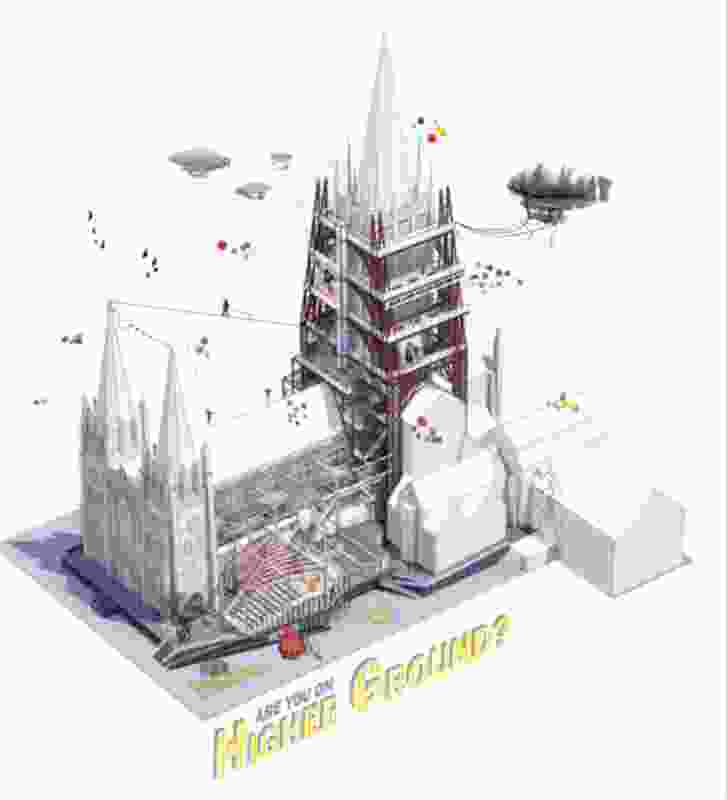 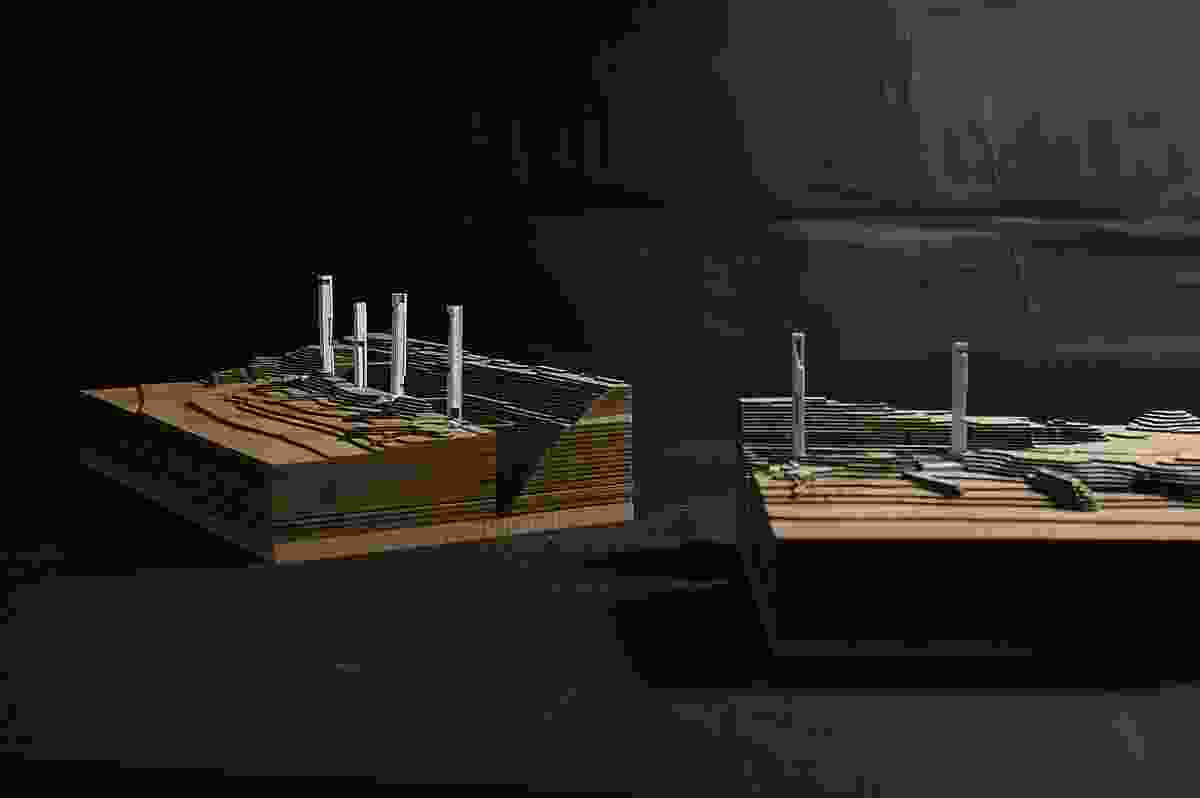 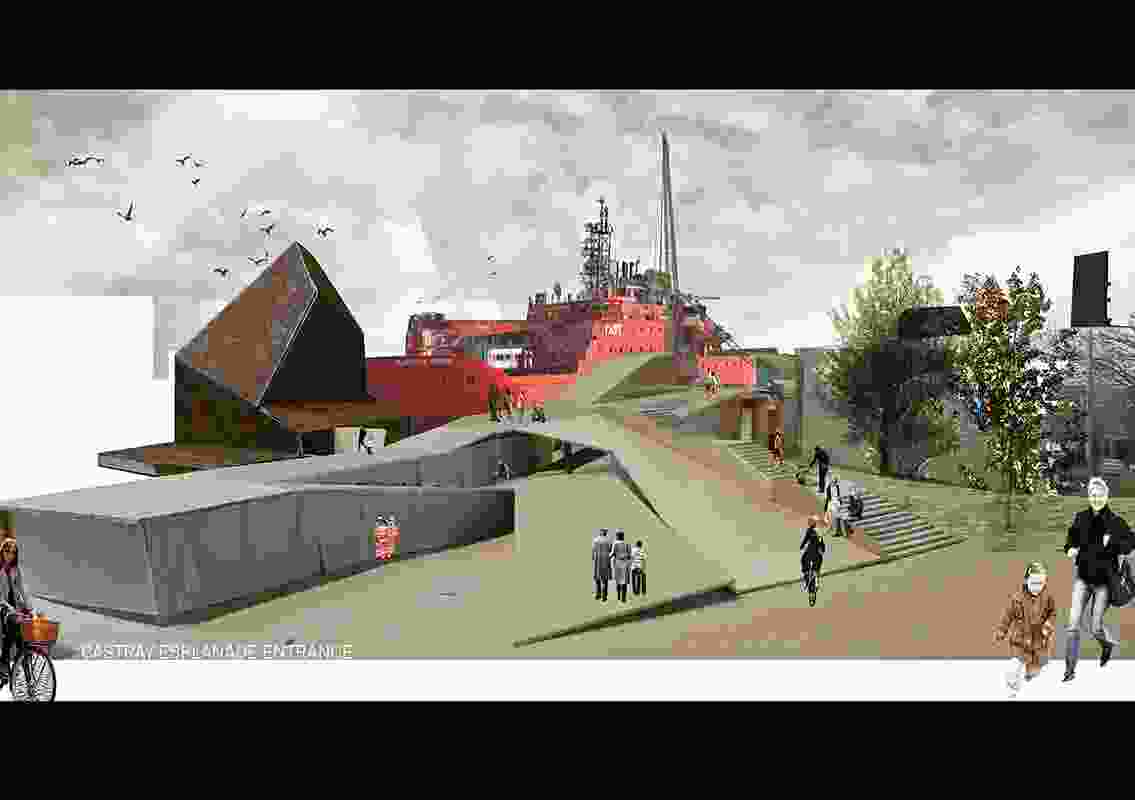 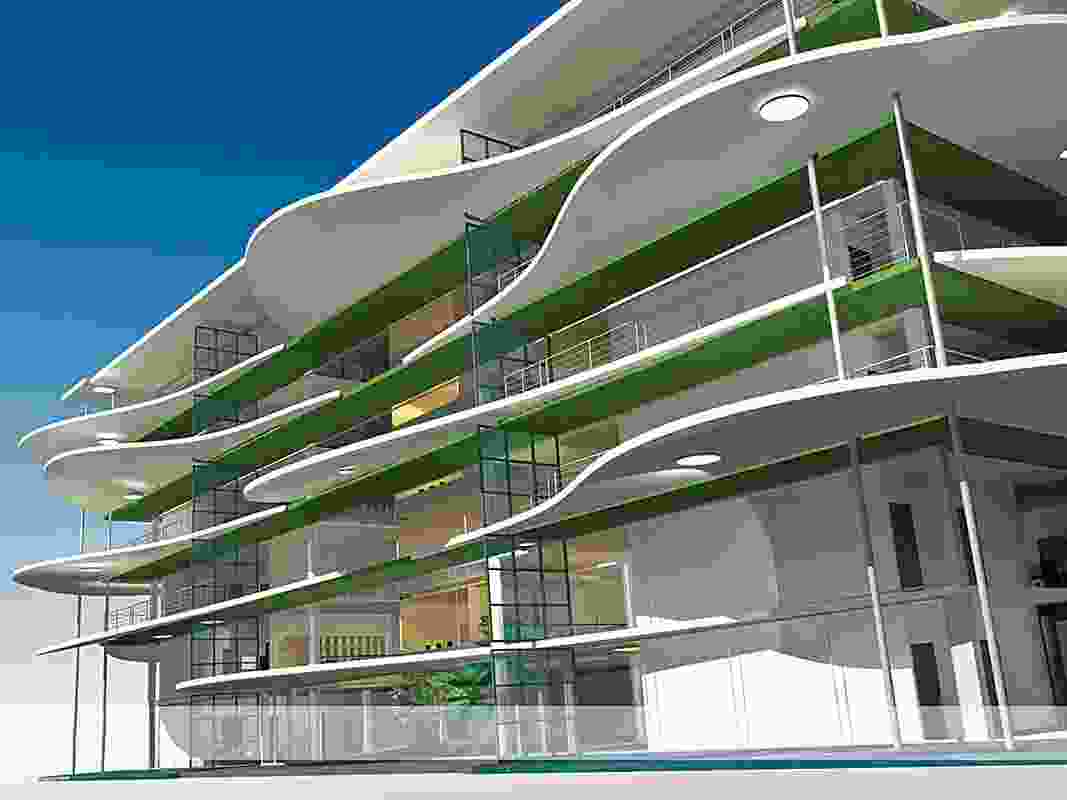 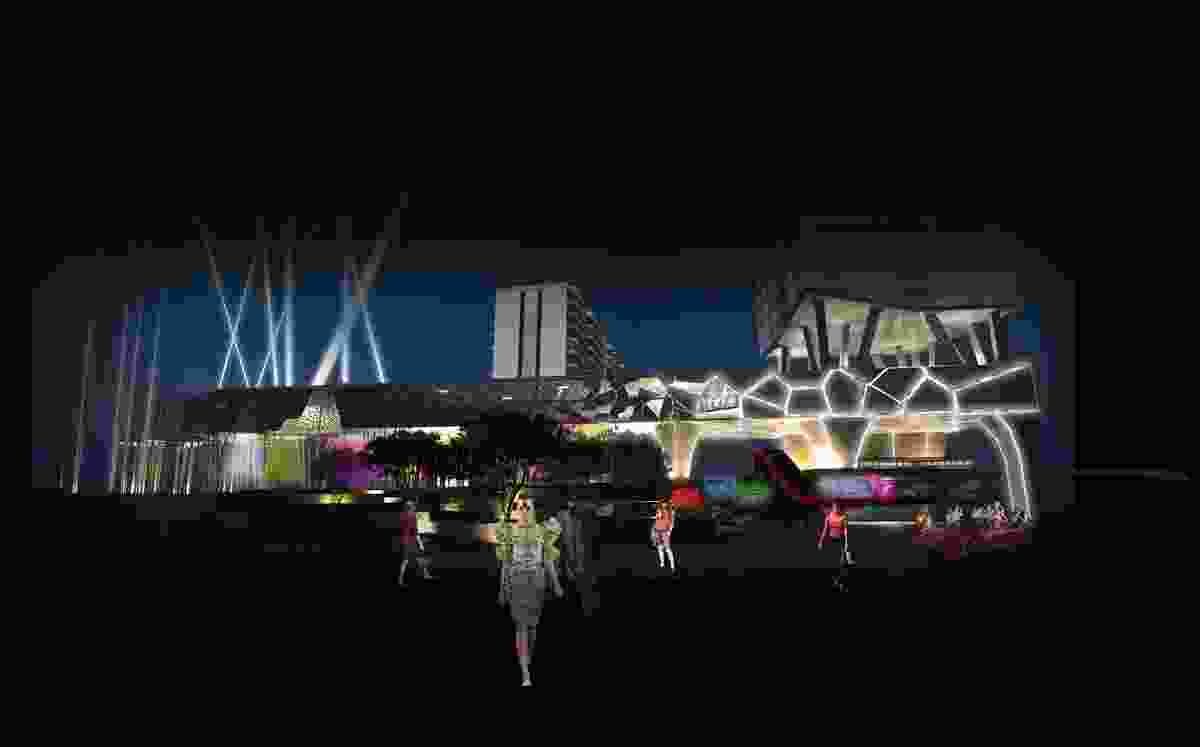 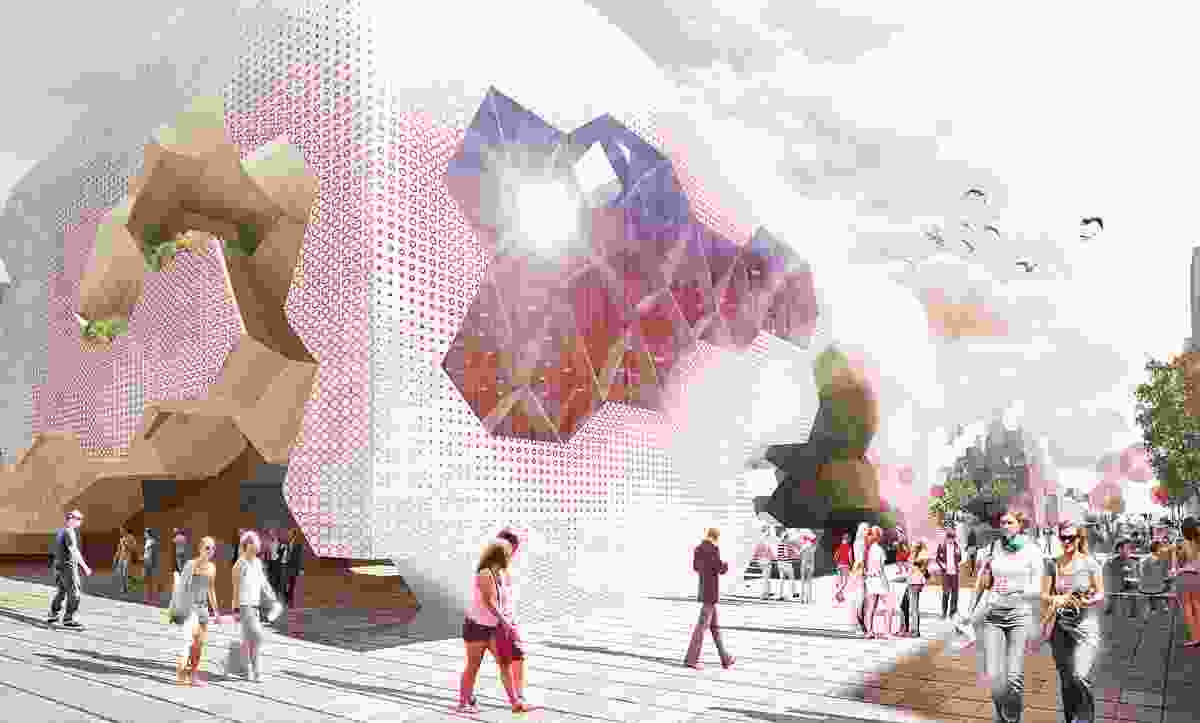 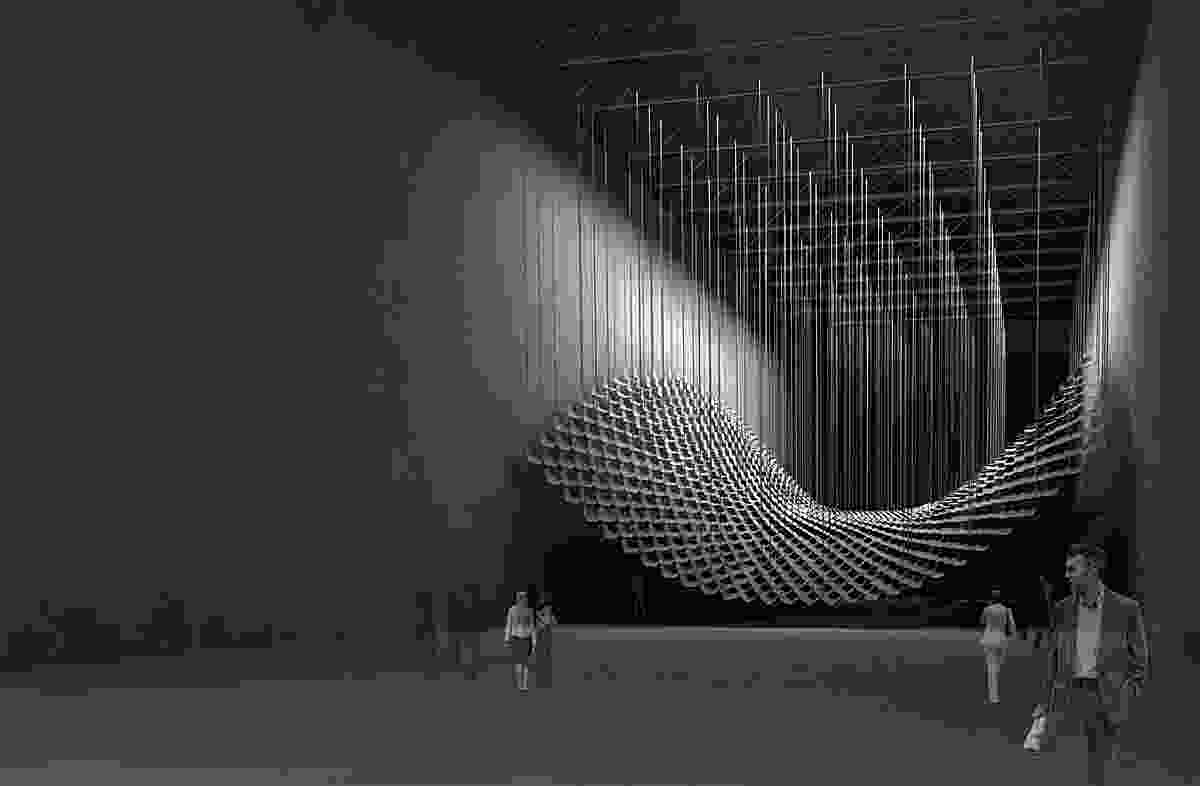