A timber deck steps down towards the river, extending the house into the landscape.

The Seymour House was designed in 1997 while I was in partnership with Simon Swaney. By then, Swaney Draper had been operating for some years. We had designed numerous house renovations and some education projects but this was our first commission for a new country house.

A new country house is very different from an urban renovation project. There is no pre-existing built context to inform the design and the terror of the blank page can be very real. We were faced with the significant questions of how to insert a building into a pristine rural site and what relationship should be established between the two – it felt like a weighty responsibility.

The Seymour House (first published in Houses 22) was commissioned as a retreat for a busy Melbourne family. The site is a quiet corner of a large rural property, a grassy sloping site abutting the banks of the Goulburn River, about one hundred kilometres north of the city – an idyllic spot. Our first concept for the site was ambitious – a curved form creating an amphitheatre to the river. Thankfully we had a cost plan prepared very early in the process and it revealed a sizeable budget blowout. The problem was of such magnitude that “trimming” was not going to resolve it; a redesign was required and we found ourselves back with the blank white page. 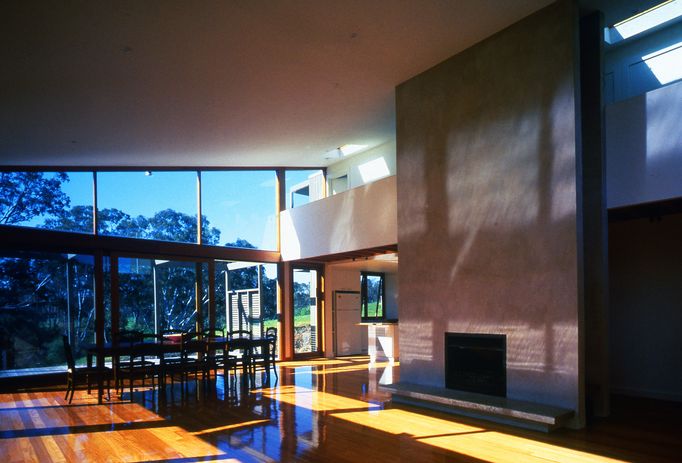 Our second scheme was simpler, purer and ultimately stronger than its predecessor; it was not trying so hard. It was within our client’s budget and the project was able to proceed.

A sweeping skillion roof parallel to the slope of the hill accommodated the entire program: a double-height living space to the north, opening via broad steps to the river, and a two-storey component to the south with an open first-floor gallery from which bedrooms and bathrooms are accessed. This simple, singular gesture created a house that encourages its inhabitants to be together, like a traditional country cabin. This was very different from the contained rooms of the Victorian house the family inhabited in town, and provided them with the feeling of retreat and escape they had been seeking.

The Seymour House has a spareness to it, an economy of means, which is something we continue to value highly, in terms of both the fiscal and the environmental responsibility it represents. The paring-back process from the first to the second scheme removed the fat, leaving a leaner and purer result.

The orthogonal geometry of the house provides calm, ordered spaces. The upper-level gallery acts as a structuring device running the length of the house. Its textured underside adds richness and detail to the otherwise minimal interior palette. Glazed walls loosely enclose the living areas, merging inside and out, while a massive rendered masonry hearth anchors the space.

Externally the house is somewhat fragmented beneath the unifying canopy of the roof. Projecting decks and upper-level bedrooms create a range of external spaces around the house from which to enjoy and connect with the site. This strategy of fragmenting the plan and enmeshing the house and the site has been developed further in many of our subsequent country and coastal houses.

The Seymour House provided a valuable opportunity to consider some big questions. At about the time we were designing the house, I was asked to give a lecture at the University of Melbourne. I called the lecture Discipline and Dream. I spoke about the discipline of the client’s brief, the environmental performance, the structural resolution and the integrity of materials, all needing to be fully considered and resolved. Balanced with this is the idea of “the dream,” the intuitive response to the specific nature of a project in a particular place. The dream of the Seymour House is the idea of lying on your back on the grassy slope looking at the river – and this is what the house does.

The relationship between the house and the site, and the question of how to inhabit the emptiness, have become lifelong areas of interest for me – an investigation that began as the seed of an idea with this first country house. 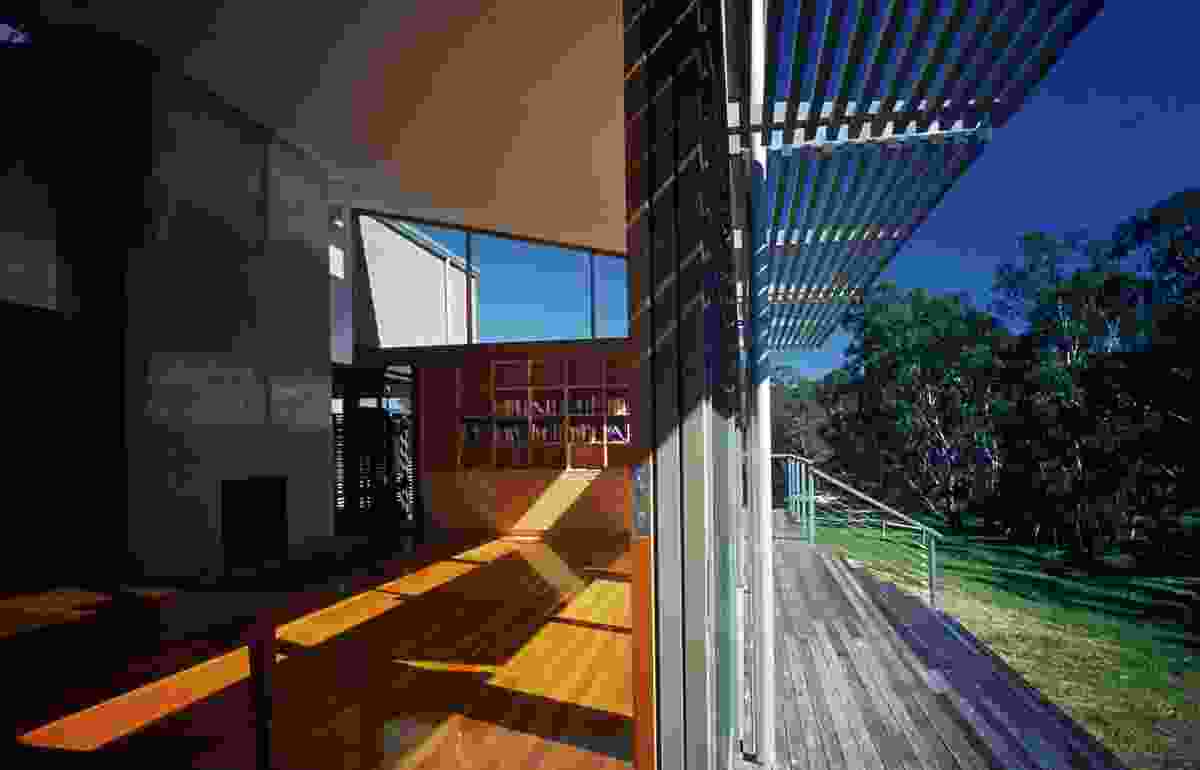 A timber deck steps down towards the river, extending the house into the landscape. 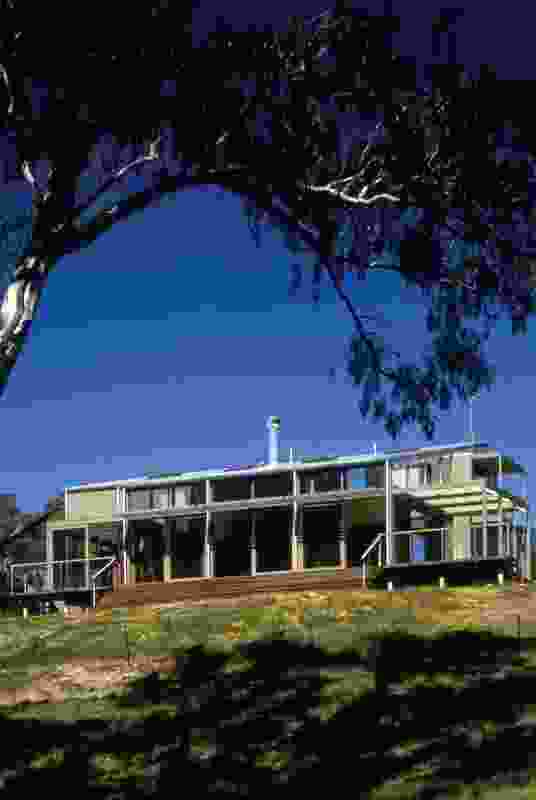 The Seymour House represents the dream of lying on your back on a grassy slope, looking at the river. 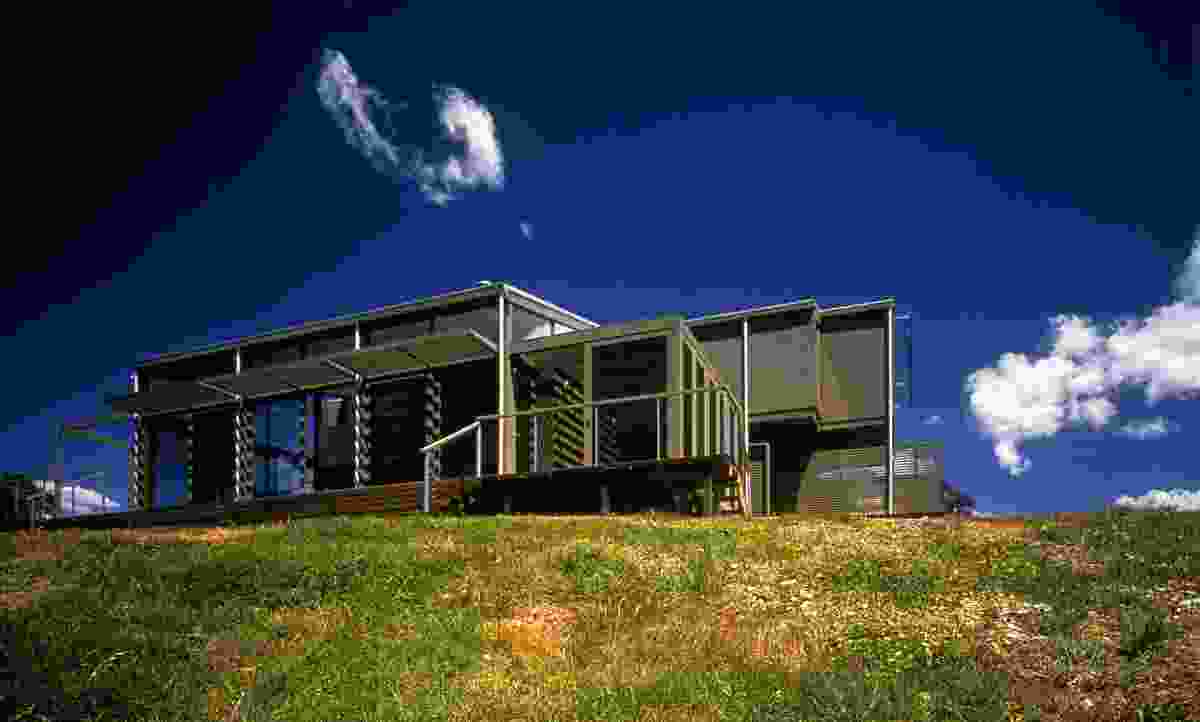 Extensive glazed walls loosely enclose the living areas, opening up to merge inside and out. 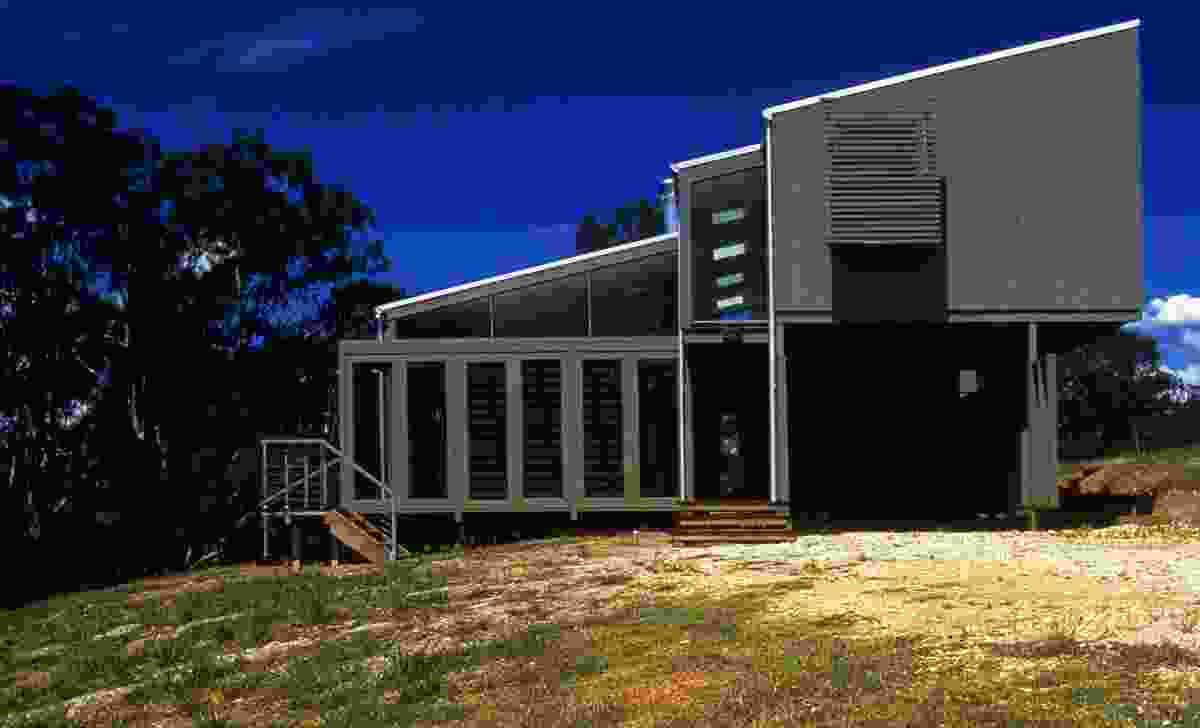