The National Gallery of Victoria (NGV) has announced the shortlisted teams in a competition to design the 2017 Architecture Commission.

The competition called for an innovative, temporary and site-specific work of architecture that is participatory, evocative and thought-provoking. Entrants were also encouraged to explore materials and systems, manufacturing and fabrication, technology, sustainability and cultural resonance.

From 79 entries judged anonymously, the jury has selected five proposals, which will now proceed to the second stage of the competition.

At the announcement of the shortlist Ewan McEoin, the NGV’s senior curator of contemporary design and architecture, said the entries this year demonstrated “high-quality thinking.”

The shortlisted teams will now further develop their proposals and present their stage two designs to the jury in June. The winner will be announced in July and the architecture commission will open in December, as part of the inaugural NGV Triennial exhibition.

The competition follows on from the inaugural Architecture Commission Design Competition won by M@ Studio Architects, which in turn followed the inaugural commission by John Wardle Architects. Jury chair Jill Garner commented that, this year, “some of the submissions were less pavilion-like than perhaps has happened before.”

“It’s really interesting that architects grasp this idea of a pavilion probably because it’s occupy-able space, programable space, and it’s kind of a building in some way,” Garner said. “I think the challenge for the NGV proposition is that they’ve actually put out there something that might not be a pavilion but a lot of architects read it as that.”

The announcement of the 2017 shortlist coincided with a pin-up-style exhibition of the 2016 competition entries and a presentation of the previously unseen shortlisted proposals. 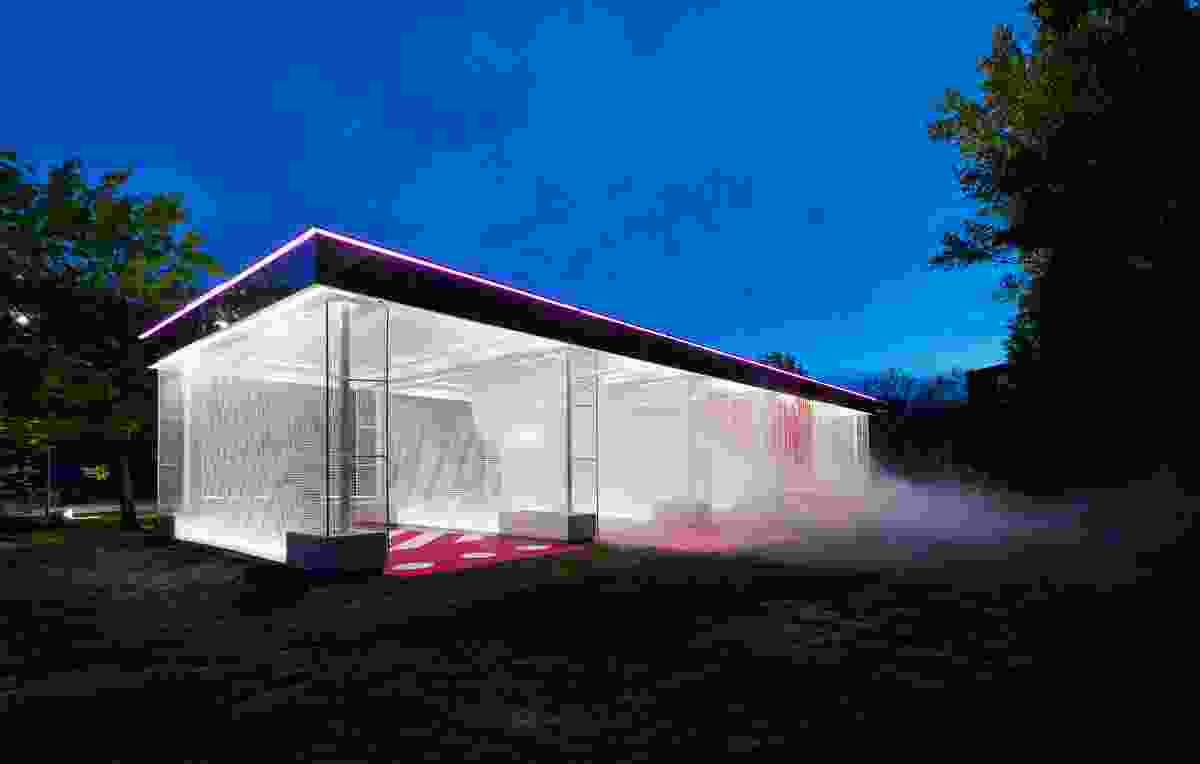