27 Mariemont Avenue by Chancellor and Patrick.

A house in the Melbourne suburb of Beaumaris, designed by architects Chancellor and Patrick in 1962, has been demolished. The demolition took place on Monday 13 August, after a demolition permit was granted by the local council City of Bayside.

The house in Mariemont Avenue was included in a 2008 heritage study of inter- and post-war heritage in the Bayside area commissioned by the council and carried out by Heritage Alliance.

The house is listed as part of a collection of houses on Mariemont Avenue, which is home to eleven houses designed architects including John Baird, Kurt Popper and Brian O’Connor in addition to the now-demolished home by Chancellor and Patrick, which was identified as one of five “significant” houses.

“Although the work of these and other architects is well-represented in Beaumaris,” said the report, “there are very few instances where these houses survive in cohesive rows or in such close proximity.”

The house itself, the report goes on to say, “although slightly altered by overpainting, is an otherwise interesting example of the work of this important post-war firm.”

Fiona Austin, president of the Beaumaris Modern heritage preservation group, said that the fact that the only heritage citation available for the house was a decade old – and only evaluated the house in the context of the street – stymied attempts to secure intervention from Heritage Victoria.

She told ArchitectureAU that in the future the group would consider attempts to “bypass” the council by commissioning its own heritage studies of threatened properties.

The group is now turning its attention to a house on Beach Road, designed by Arthur Russell of Demaine, Russell, Trundle, Armstrong and Orton.

In April, after just a month, the council discontinued an independent heritage study of Beaumaris and Black Rock, one of Australia’s most dense collections of residential mid-century modernist architecture. The study would have identified properties for possible heritage listing.

The council instead adopted an opt-in system whereby the owners of the relevant properties will be able to self-nominate their properties for heritage controls.

Beaumaris is home to a proportionally large number of houses by some of Melbourne’s most significant modernist architects and practices, including Anatol Kagan, Yuncken Freeman and Chancellor and Patrick.

Rex Patrick of Chancellor and Patrick, lived in a house of his own design in nearby Cheltenham before moving to Beaumaris later in life. 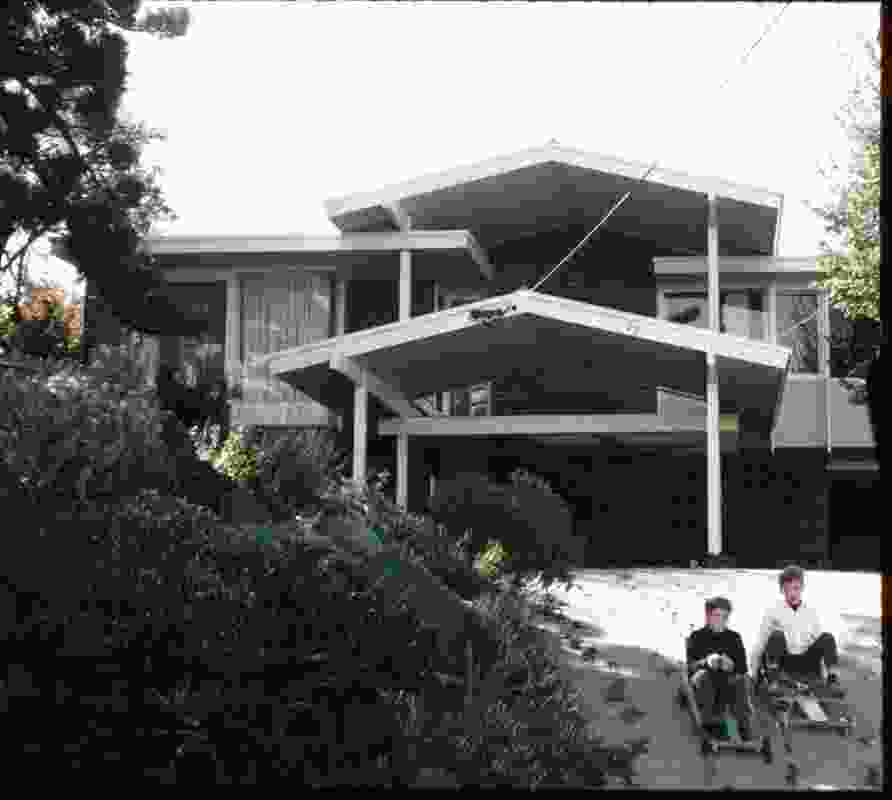 27 Mariemont Avenue by Chancellor and Patrick.