The pieces are coming together for a five-building residential complex in Sydney’s Waterloo, with development applications submitted for all of the projects.

Sydney practice Silvester Fuller has designed one of the proposed buildings, Building A, while another local practice, Koichi Takada Architects, is behind the design of three of the other buildings.

Koichi Takada Architects also collaborated with Japanese architect Kengo Kuma on the design of a 20-storey residential tower in the precinct, for which they won a design competition in April 2018.

Silvester Fuller’s Building A, for which a development application was submitted on 12 July, is a five-storey mixed-use development with retail tenancies at ground level, 40 residential units and two levels of basement parking and services.

In a design statement submitted as part of the application, Silvester Fuller states that the building has been designed to respond to the emerging character of its environment.

“Architecturally the building expresses its own clear identity within a collection of individual buildings designed to balance diversity with a sense of place,” it states.

Conceived as a community of dwellings connected by communal spaces, the building is distinctive for its expressed front door at the intersection of Archibald Avenue and Lachlan Place, which links to an open, naturally lit stair way leading to a rooftop garden.

A metal “veil” wraps the restrained building, expressing a vertical language and enhancing the sense that the façade gathers at the corner of Archibald and Lachlan.

“Overall the aesthetic of the building is designed to express the conceptual connection of residential use to the public realm and to create a simple, elegant and timeless design from a simple palette of materials,” the design statement reads.

Koichi Takada Architects’ Building B, for which a development application was submitted on 4 June, is a six-storey building with 56 residential units.

A design statement from the architects says the building will be an “iconic and recognizable” addition to the overall precinct, with retail frontage invigorating the streetscape and the residential units providing a “tranquil and private escape from city life.”

“A highly articulated facade defines the horizontality of the building, creating an organic form along the entire building’s length,” the statement reads. “The articulation assists to break down the mass of the building facade while the organic nature of the horizontal banding helps emphasize the street corners.”

The other two buildings designed solely by Koichi Takada Architects will be seven and 11 storeys.

The Kengo Kuma and Koichi Takada Architects building, which at 20 storeys will tower over its neighbours, is described as a “vertical urban forest.”

“Our intention is to give a warm and a natural atmosphere to the community with unique design strategies,” Kengo Kuma said.

“The upper volume of the tower [will] seamlessly transform into the lower part of the stepped terraces in order to create an intimacy between the building scale and the pedestrian-scale on the street level.”

In total the O’Dea Avenue development will house 384 apartments along with a mix of restaurants, cafes and shops. 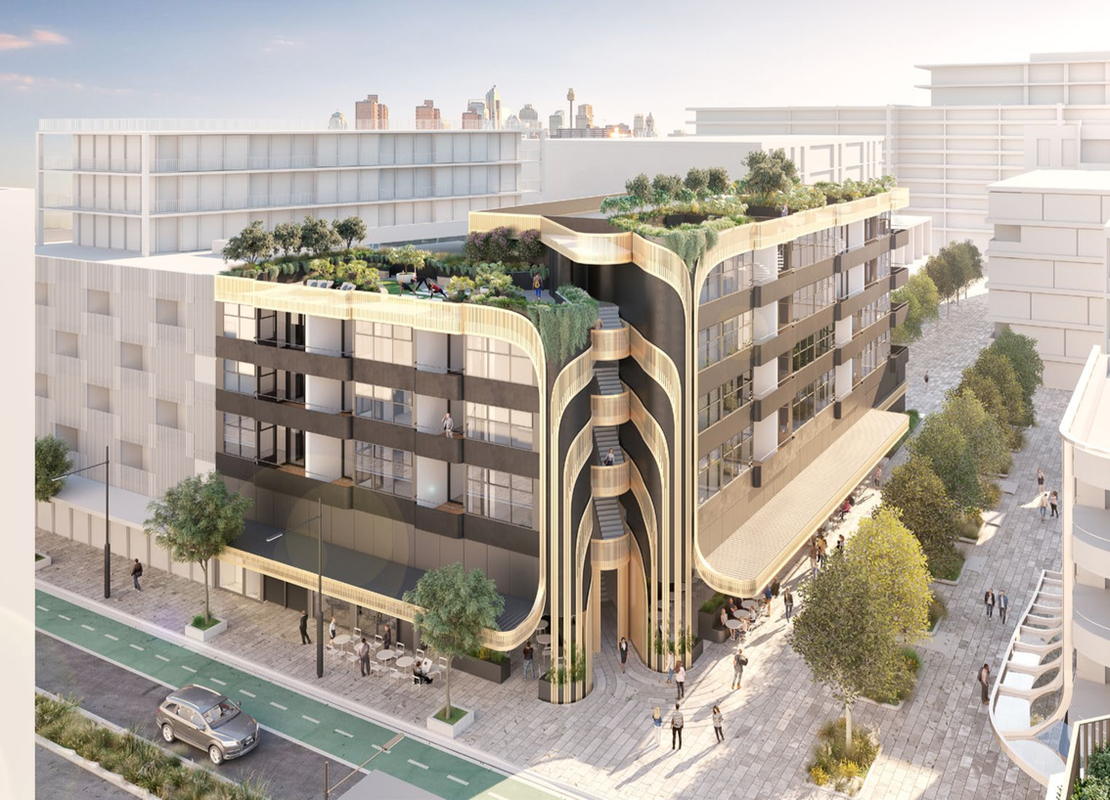 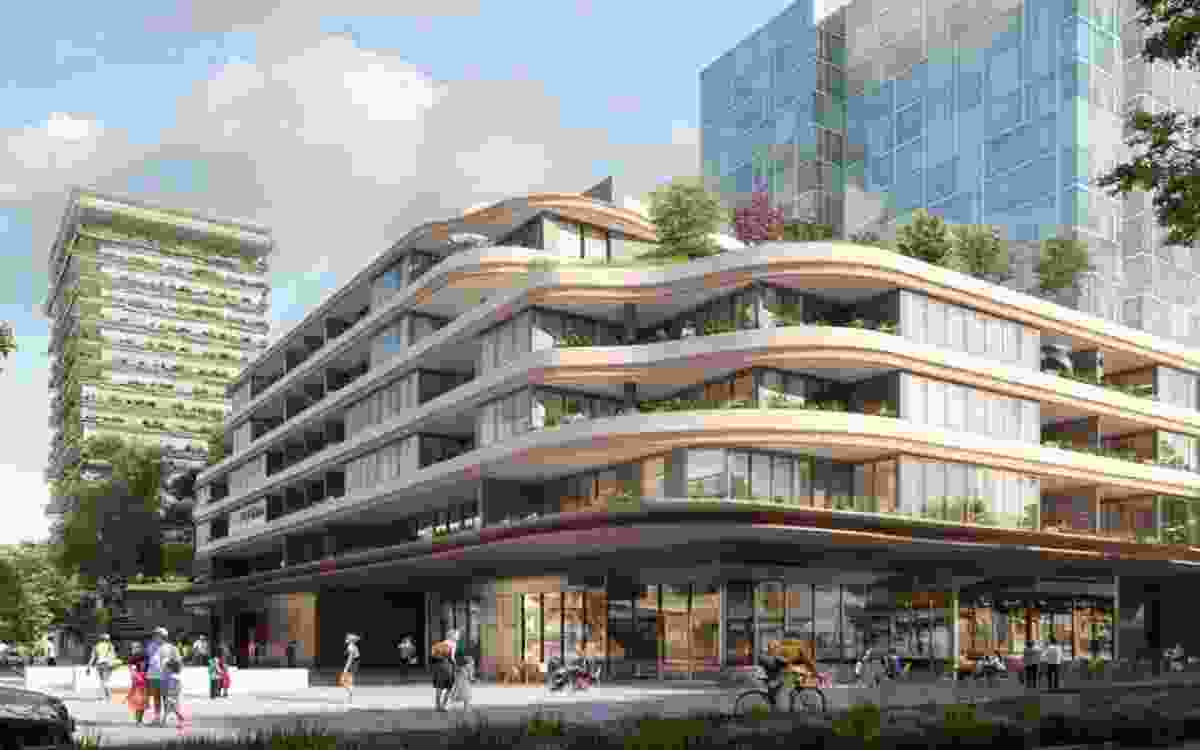 Building B by Koichi Takada Architects. 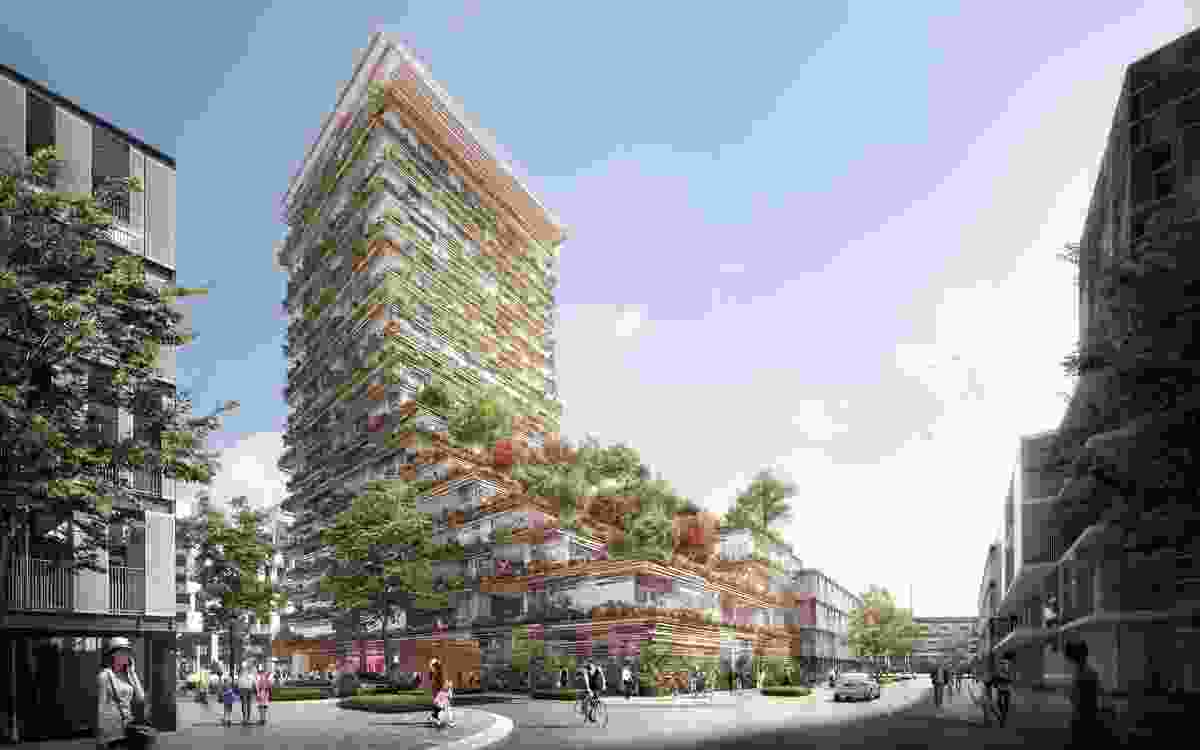 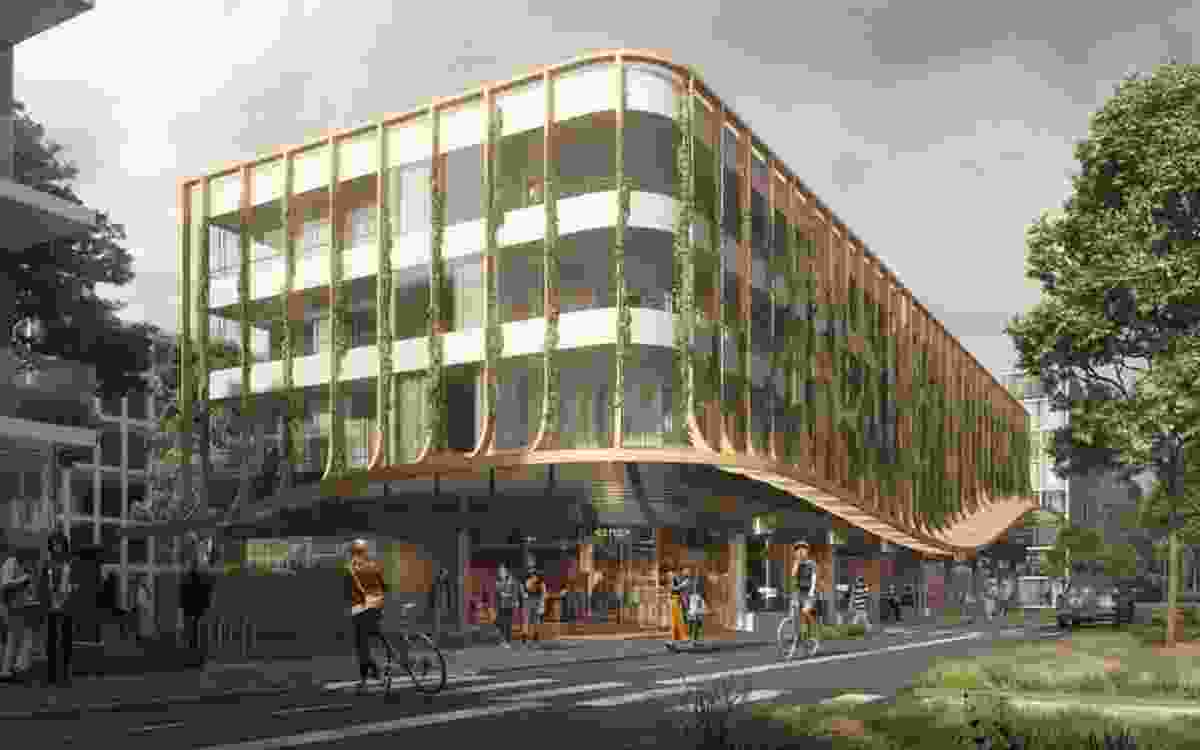 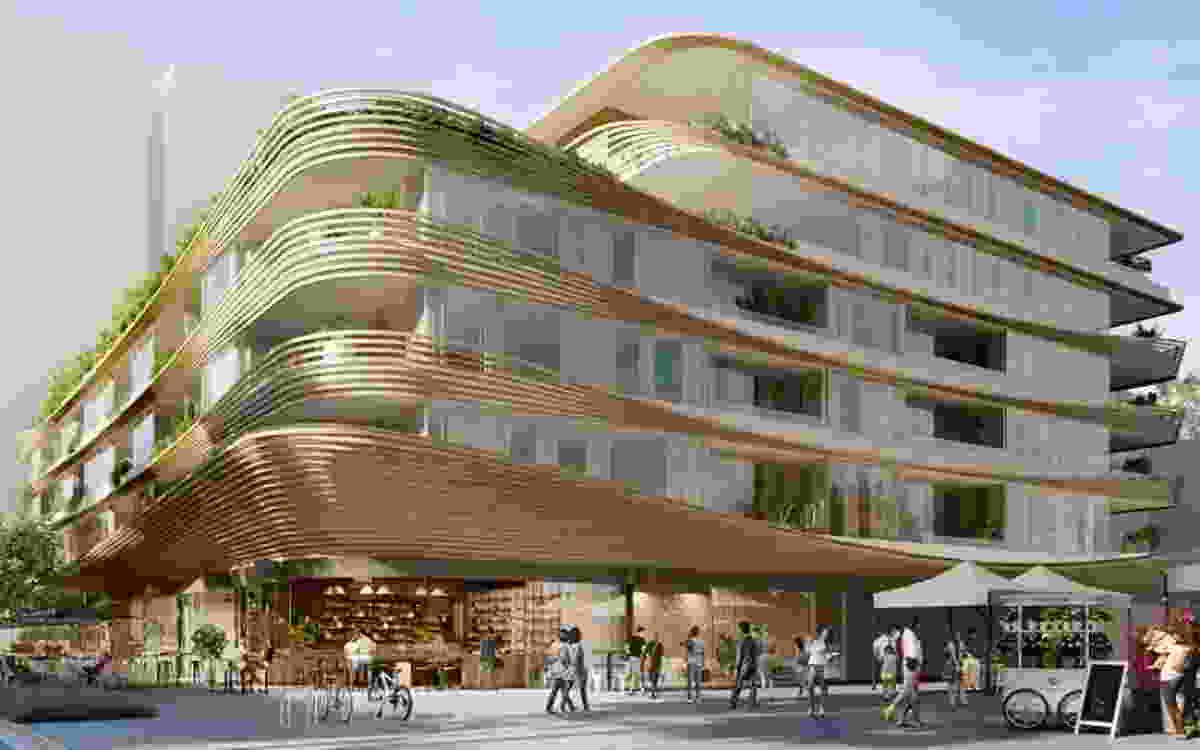