Six Degrees Architects and Nettleton Tribe Architects will each design elements of a new development within the Curtin University campus that will comprise university buildings and private developments.

Meanwhile, Six Degrees Architects will be responsible for the design of a 60-bedroom hotel operated by the Walford Australia Group, as well as an apartment block comprising 38 apartments.

Other projects across the first stage of the development will include 3,000 square metres of commercial space and fifteen shops, including a grocery store.

The development, dubbed “Exchange,” is the focus of a new commercial partnership between the university and a private consortium led by investment group Infrared Capital Partners. The consortium will design, finance, construct and operate the new buildings, which are expected to have a total capital value of $300 million.

The Exchange precinct will also be the home of the previously announced new School of Design and the Built Environment building, designed by John Wardle Architects. 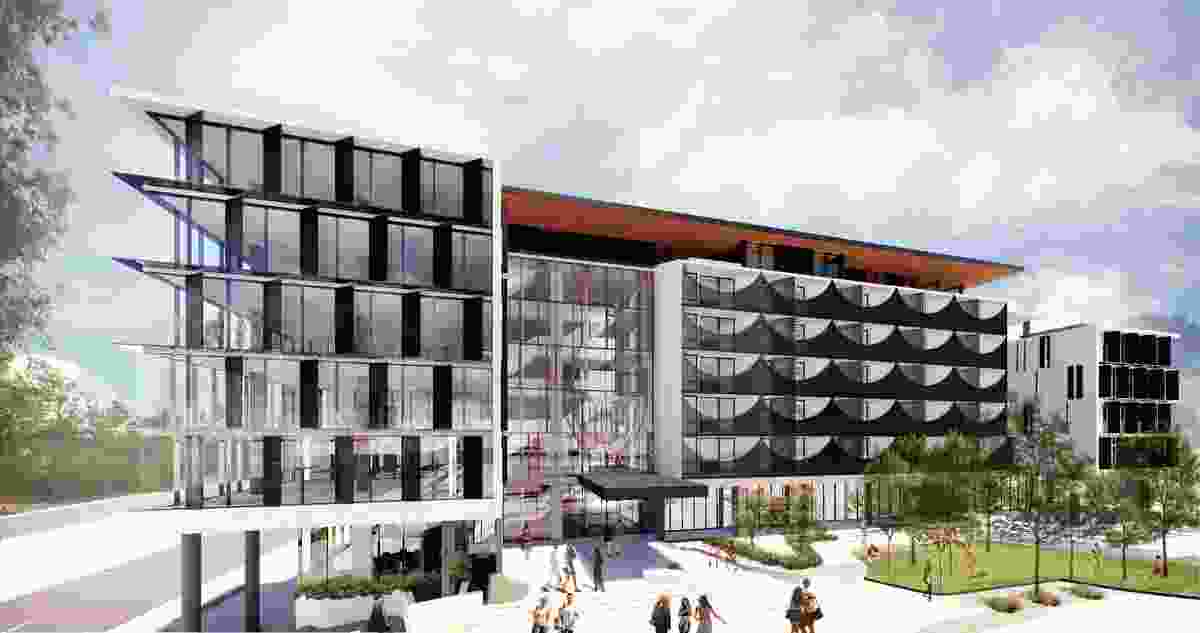 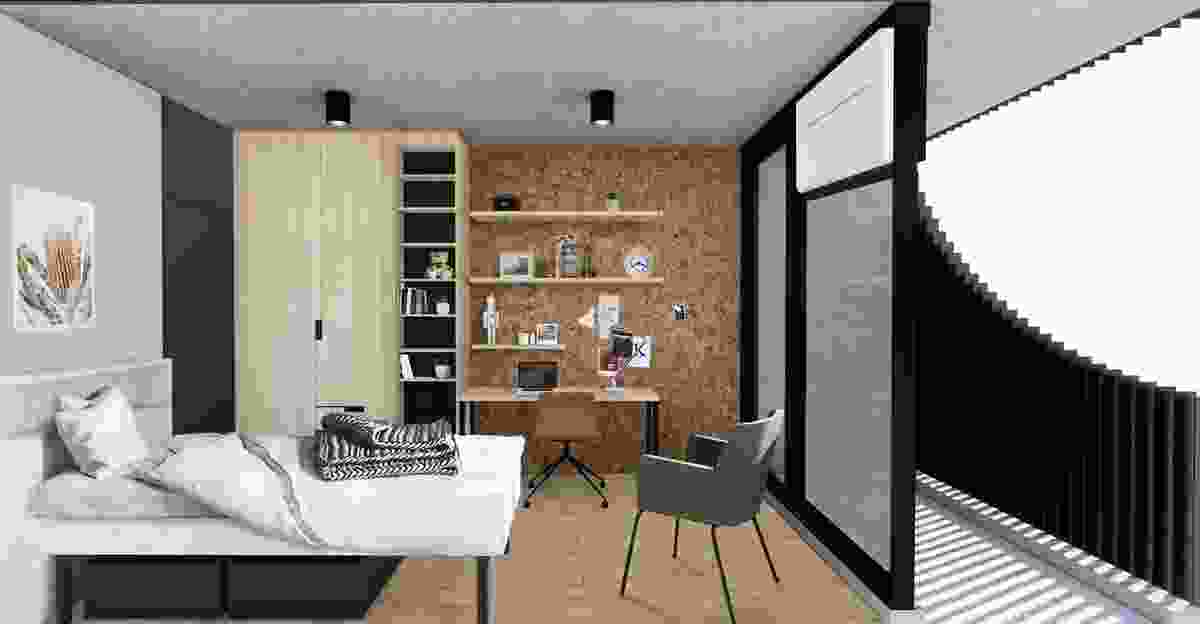 Ground plane view of the proposed halls of residence at Curtin University by Nettleton Tribe Architects. 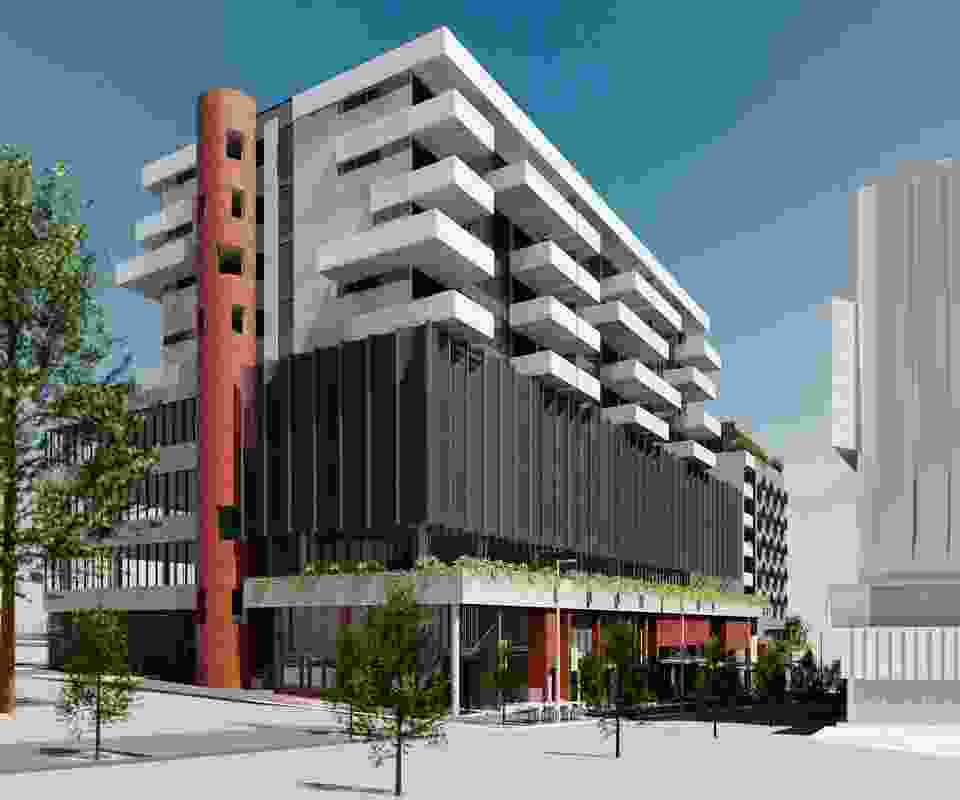 The proposed hotel and apartments at Curtin University by Nettleton Tribe Architects.