Ahead of an Australian screening on 26 July, we revisit Melbourne filmmaker Jeremy Beasley's moving feature-length documentary that explores the complexities of human shelters and shows us that the story of a house, no matter how small, is universal.

Australians have big houses. While Americans might have invented the McMansion, it’s Australians who have channelled the national competitive spirit and beaten the Americans at their own game. Our houses, on average, are now the biggest in the world, with mortgages and debt levels to match.

It’s little wonder that the sheer size and cost of the average home has spurred a rapidly growing movement for tiny houses. By tiny house, I mean something the size of a single car garage hoisted onto wheels. They cost less than one-tenth of the average American house. And you can build them yourself out of sticks and shingles.

Doesn’t it sound romantic? And don’t they look romantic, with their uber-cute Dutch gables and the promise of the ultimate hipster, self-sufficient, build-your-own, grow-your-own, everything-your-own kind of lifestyle?

This was exactly the dream that attracted Melbourne filmmaker Jeremy Beasley to travel to the tiny house heartland of Portland, Oregon with the goal of making his own tiny house. Jeremy, an under-thirty ex-wedding photographer, packed up his camera and monopod in search of design and building tips. He interviewed more than a dozen people and instead of building his own tiny house, he made a feature-length documentary about people who live in tiny houses.

The crowdfunded film, Small is Beautiful: A Tiny House Documentary, follows four novices as they attempt to build their own tiny houses. The building process is fraught with frustrations and drama of near-Shakespearean proportions and this documentary doesn’t disappoint.

There’s Nikki and Mitchell, a couple with two large dogs whose relationship slowly unravels in a way inversely proportional to progress on their building. Karin, a middle-aged woman who struggles against loss and personal tragedy as she attempts to find permanence for herself and her tiny house. And Ben a young man, fresh from college, who starts building his tiny house with life insurance money from his long-estranged father. His building efforts are an attempt to posthumously reconcile the fractured relationship.

But the film doesn’t romanticize the tiny house building process. As Ben says: “I feel like I have a lot in common with Captain Ahab. It’s me versus my tiny house. I’m trying to build this thing and this thing is trying everything it can to not get built.”

What this film shows is that a house, no matter how tiny, is still a house. It still has all the complexities of making a human shelter fit for the needs of its inhabitants. From cave dwelling to McMansion to tiny house on wheels, the story is universal.

Small is Beautiful will screen in Melbourne on 26 July at Loop Project Space. To purchace tickets, click here. 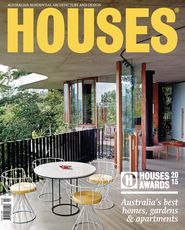 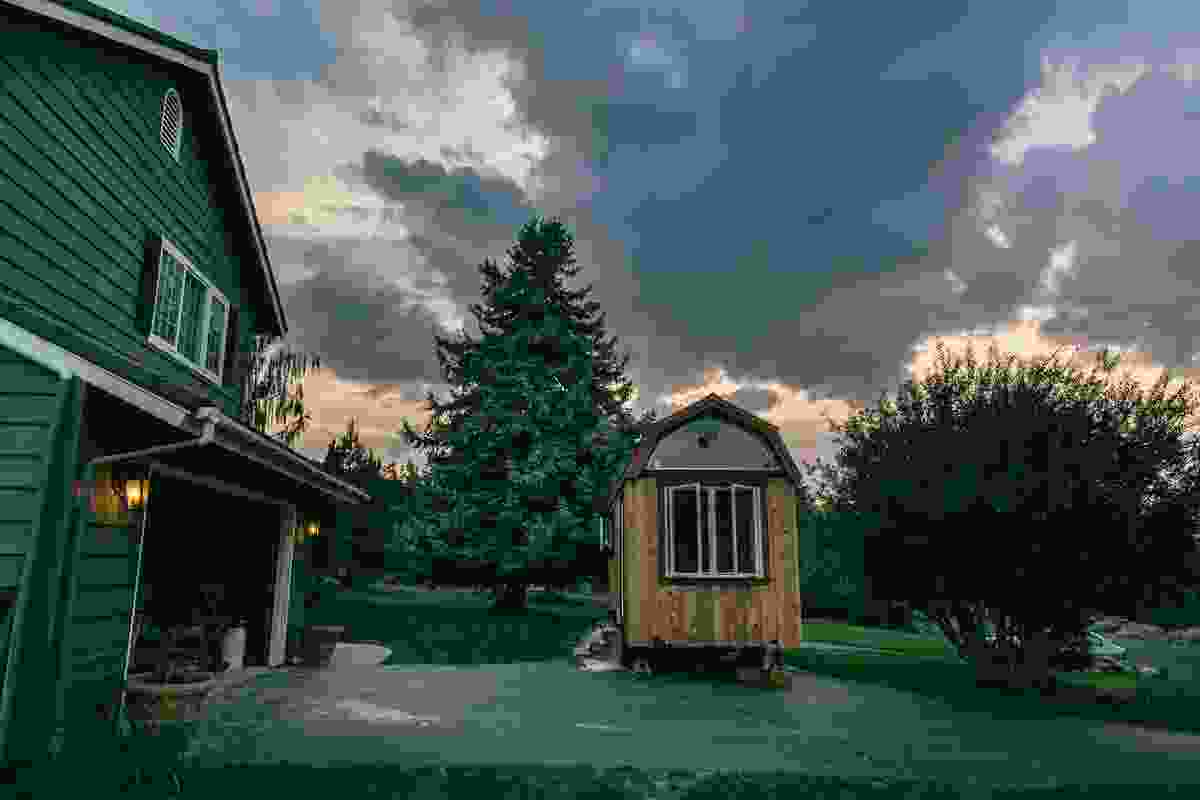 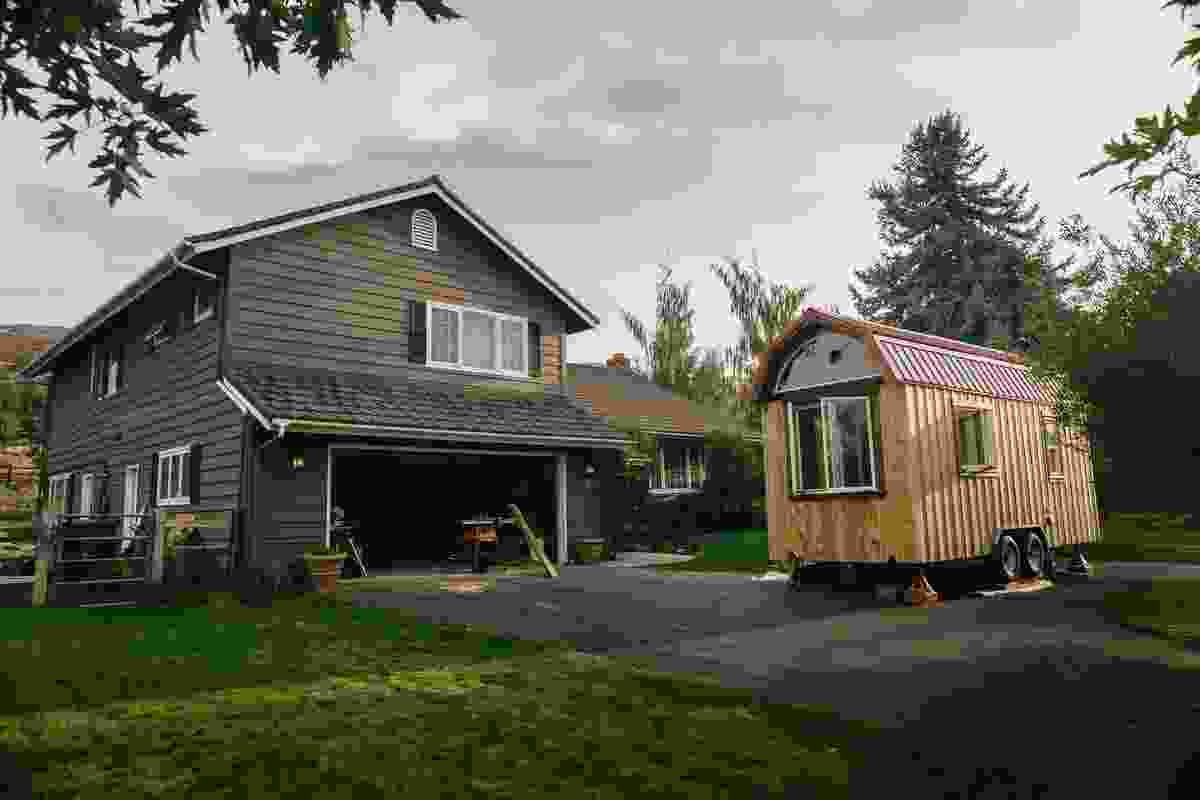 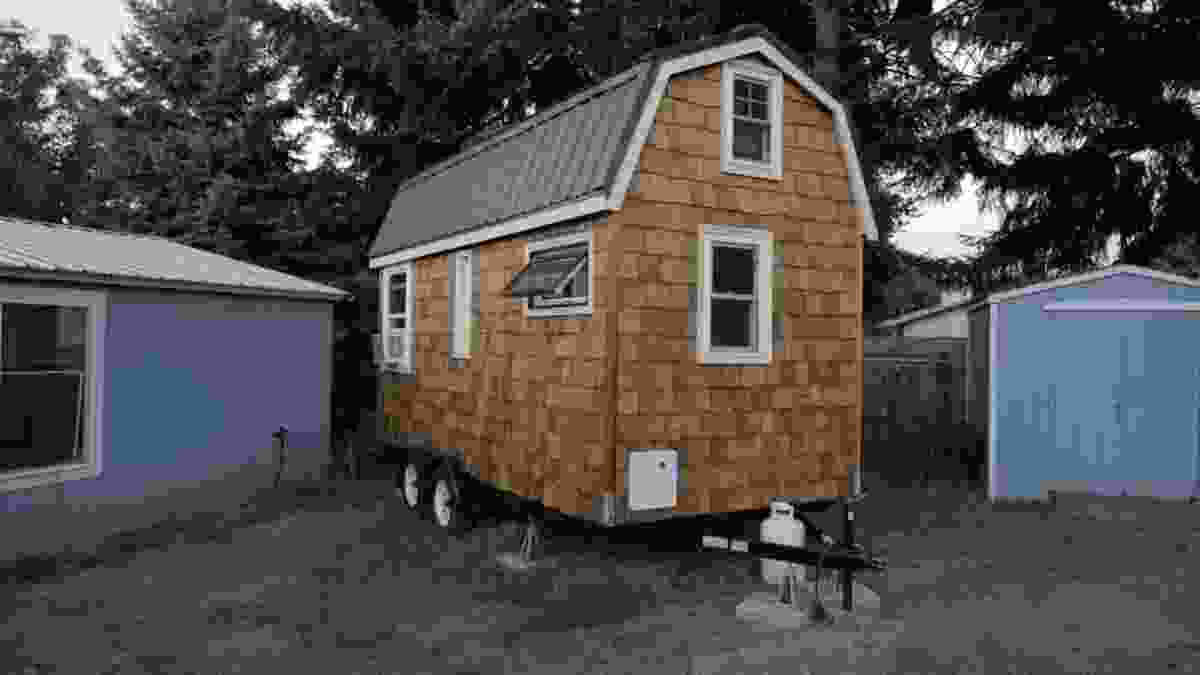 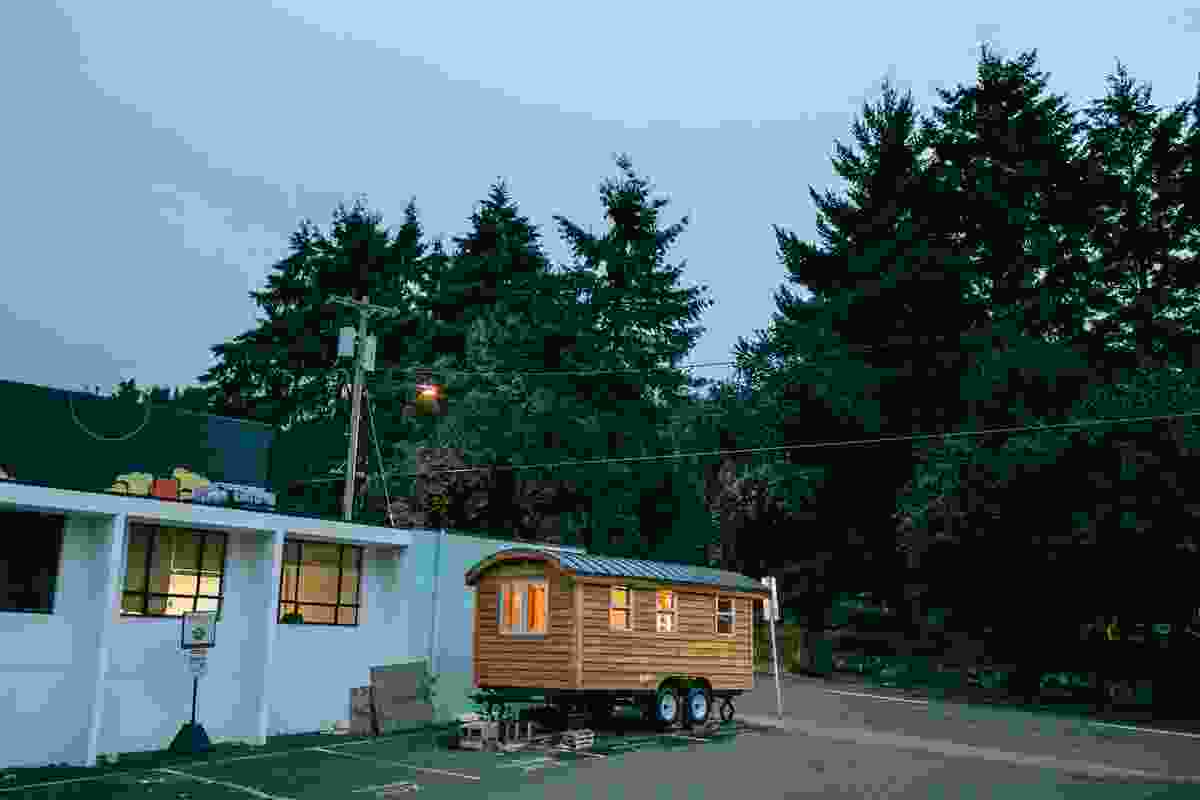 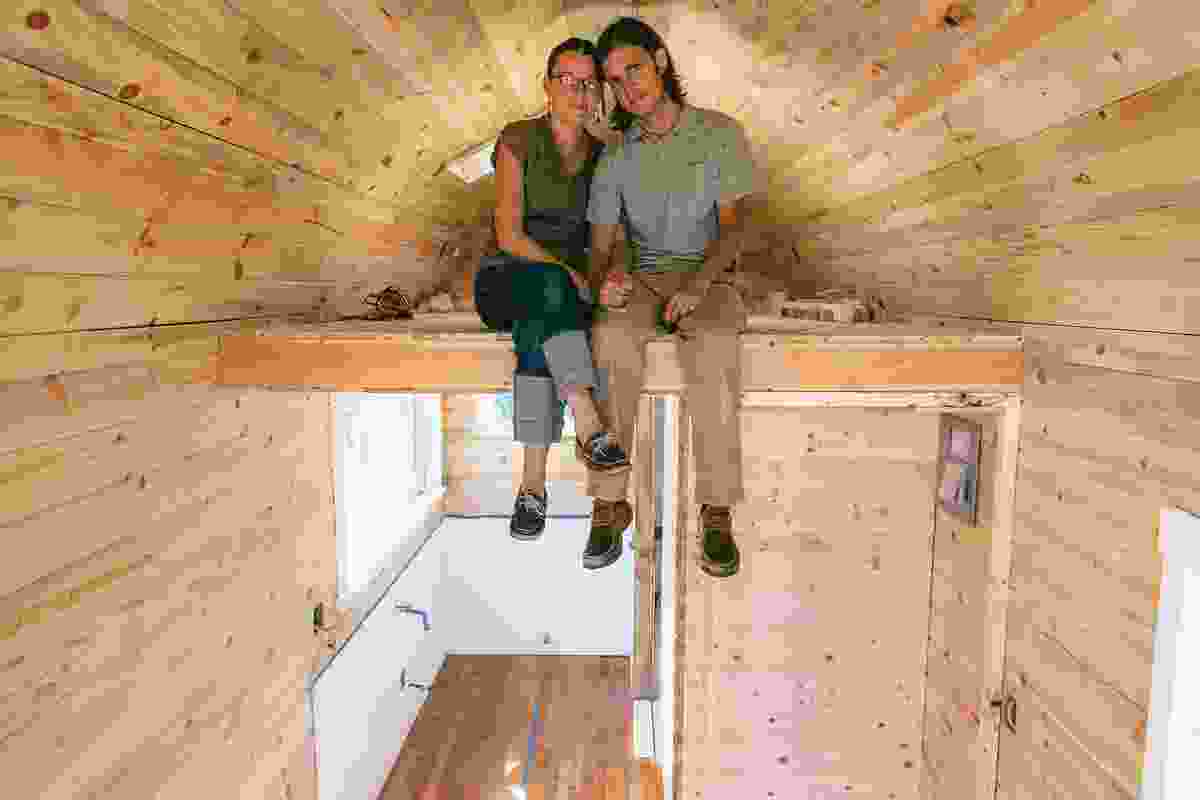 Nikki and Mitchell, featured in the documentary film Small is Beautiful, inside their tiny house. 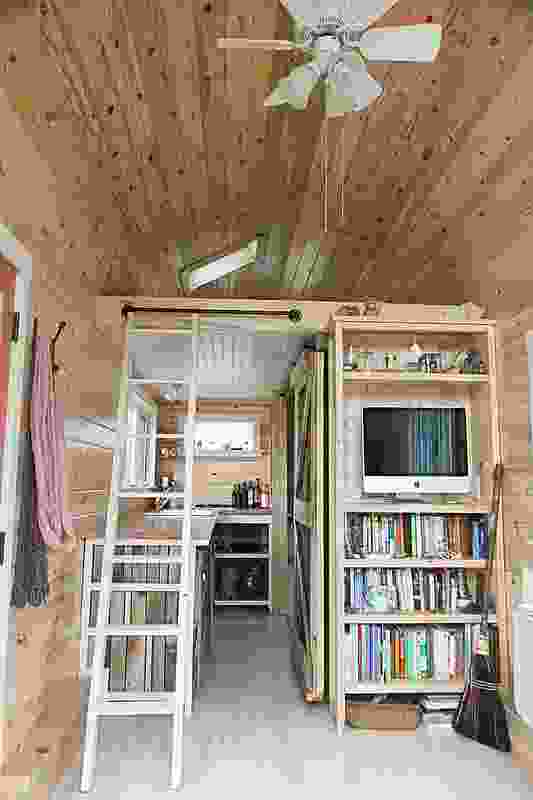 The sheer size and cost of the average home has spurred a rapidly growing movement for tiny houses. 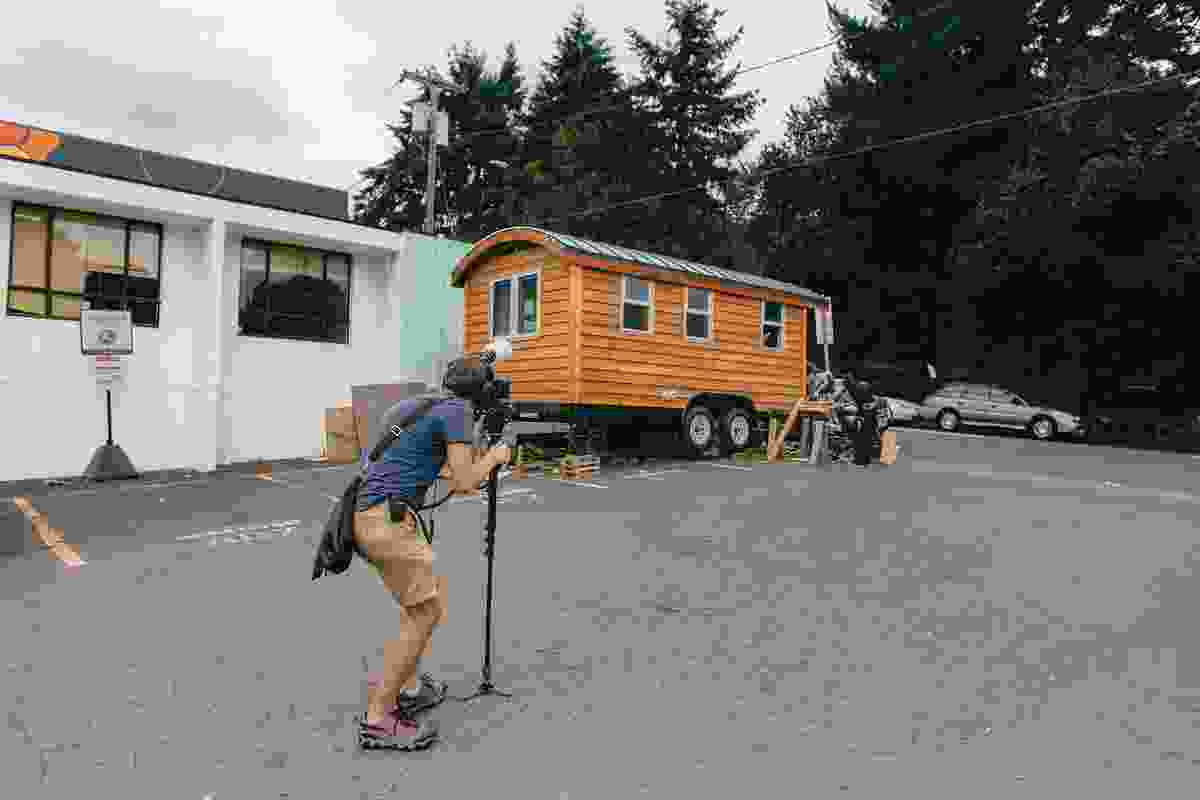