In a bid to develop Melbourne’s Federation Square East, the Victorian state government plans to give it away for free. As Tania Davidge argues, this might be development on the cheap, but it’s also short-changing the city’s future.

“Fed Square East: FREE to the right developer” ran the headline for The Age’s front-page story on 26 October 2014. The article was a response to the Victorian state government’s recent call for Expressions of Interest (EOI) for the development of the site to the east of Federation Square. The site has had no height restrictions imposed on it by government and the successful developer will ‘own – freehold – all of the land, buildings, roads and public spaces that are created at Federation Square East.’[1] Once developed, it seems, the government will wash its hands of the site, foregoing any long-term stake in its ownership or management.

The area that will become Federation Square East sits over the 2.3 hectare Jolimont railyard and is the most significant undeveloped civic site in Melbourne. Its ownership, management structure and urban form will have a huge impact on the city, its identity and its public life. While a haphazard approach to planning has become de rigeur in Melbourne[2], it is important to get Federation Square East right.

The state government has said it expects development of the site to deliver strong public benefit[3]. As the Minister for Major Projects, David Hodgett, put it: “Government is seeking to harness the creativity of the market and seeks outcomes from the project rather than prescriptive requirements. Naturally the public access and civic outcomes of the proposals will inform part of the government’s final decision.”[4]

The government is stretching the definitions of the terms “public” and “civic”, here. How can a privately-owned site deliver true public amenity?

The public realm has often come off second best to commercial interests in Melbourne. In 1837, the surveyor Robert Hoddle laid out Melbourne’s grid without defining any major open civic space; the speculation of the surrounding land allotments articulated by this plan drove Melbourne’s early economic growth. In subsequent years, public open space was reserved and developed, but not within the grid. Instead, it was placed at the periphery of commercial life in the form of Flagstaff Gardens, Carlton Gardens, Treasury Gardens and the Royal Botanic Gardens. It took well over 100 years for Melbourne to create a civic square within the grid itself. In the 1960s, land was acquired at the corner of Swanston and Collins streets to create Melbourne’s first major civic square – City Square. Due to a confluence of political, social and commercial forces, City Square failed to live up to expectations.[5] In the late 1990s, to fund its much smaller re-incarnation, the square was divided in two. Half the site was sold to private interests, giving Melbourne the architecturally underwhelming Westin Melbourne hotel and a much-diminished public park. City Square is a nice place to sit and have a coffee, but it is not a space with public significance or civic proportions.

Past Australian Institute of Architects national president, Shelley Penn, has had a long involvement with Federation Square East, beginning with her role in the Office of the Victorian Government Architect. Penn places the site directly in its broader connective context, saying: “Whatever happens on the site will have a huge impact on the identity of the city and how it is perceived and understood. The city grid is a strong urban form and Flinders Street is a clear edge. Any development on Federation Square East should not exceed the height of Federation Square and development should be more organic than orthogonal in form. It should differentiate the site from the defined grid of the city, as more of a sculptural landscape in keeping with the urban form of the city’s adjacent sporting and arts precincts.”

The government has made it clear that it does not wish to make a capital contribution to the development of the site. Instead, it wants “the best outcome with no cost to the public”[6], selling its approach as a way to reduce risk for the taxpayer.[7] But with costs to deck the rail lines estimated to be in the vicinity of $350 million, a development that ticks all the boxes as far as public amenity is concerned may simply not stack-up commercially. A cost-neutral approach to the site may not be a viable way to achieve the best outcome. The government needs to look outside the box for ways to procure development on a site as important as Federation Square East. Penn points out that there is “a strip of land to the east of Federation Square East, moving down towards the tennis centre, where there is room for more height, as ARM’s One East Melbourne residential development demonstrates. Sites such as this, where you have access to the ground, might fund civic spaces for Federation Square East. Height is not bad, however you need to be strategic about where it goes.”

The reality is that privately owned “public” space is, at its most engaging, a glorified retail experience…

Architecture can provide the spaces for events to happen. Without well-designed public spaces, the community has nowhere to gather – but if nothing actually happens in these spaces, the best intentions of both architecture and client become empty promises. Federation Square East has the potential to be an extension of this much loved public space, to strengthen it and to add to it, but if the government gives away the public’s stake, the city will be poorer for it.

Penn is very concerned that the government intends to hand over the site to developers. For her “great public spaces seed vibrant economies.” She understands that “It is very difficult for a developer, even if they try really hard, to get public space right when the bottom line is profit. And that’s fair enough. That is development. But this just makes it all the more important that government sets clear rules about public outcomes. Industry can be innovative about making things stack up but this requires clear direction. If government is not going to own it, it needs to ensure that it does everything possible to make sure that Federation Square East is fantastic, that it works really well as civic space. And that, in my view, is government’s job.”

The government needs to take a long-term stake in Federation Square East if it wants to deliver a successful public outcome. There must be a balance between the drive for development and the government’s duty to provide and enhance the public realm for its citizens.The reality is that most privately owned “public” space is, at its most engaging, a highly developed retail experience or, at its least visionary, an extended office foyer. History has shown that public space must be fought for. True public space cannot develop without the community taking a long-term stake in it and the government, as our elected representatives, needs to be held accountable for the state in which it leaves the city and the legacy of public spaces that it provides for its citizens. 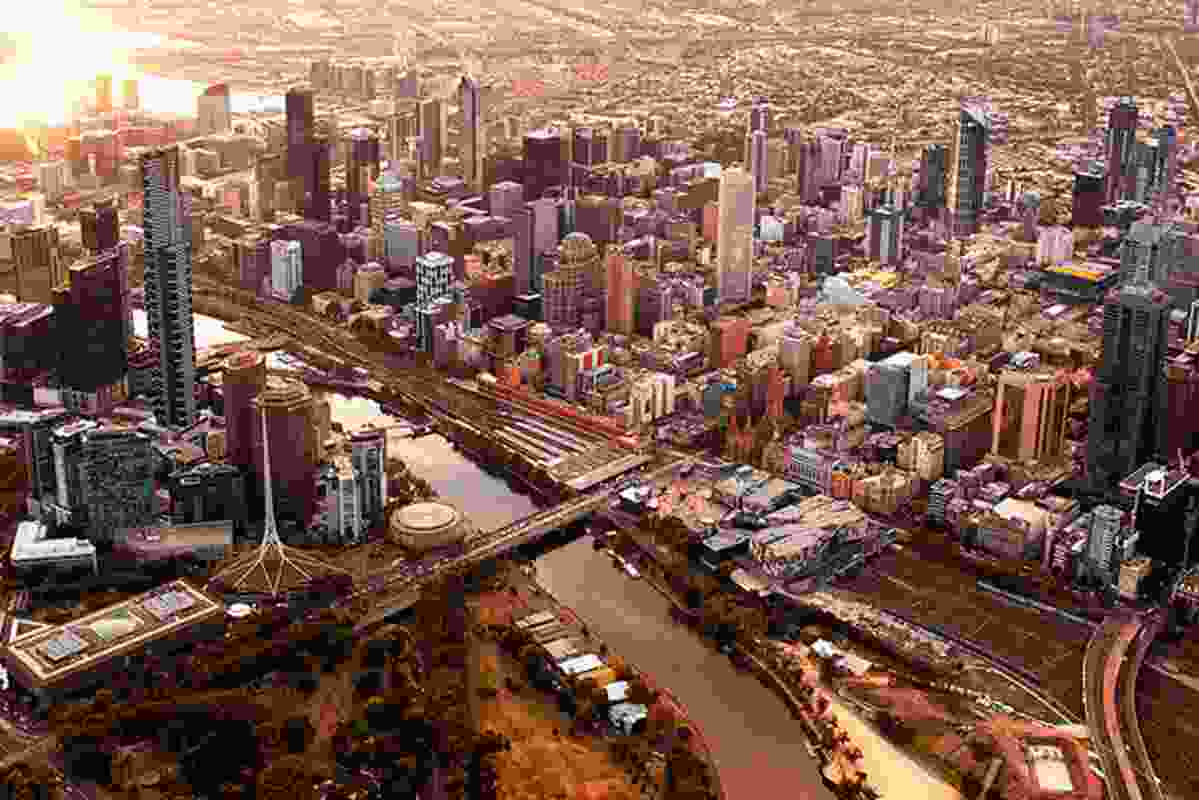