With a fearless yet holistic approach to site, Sparks Architects imbues its climate-responsive work with lyricism and a careful regard for the intangible energy of a place.

A reverence for the coastal and mountainous landscapes of South East Queensland was one of the reasons Dan Sparks was enticed to the Sunshine Coast after graduating in architecture from Brisbane’s University of Queensland in 2001. The decision to establish a home with fellow graduate of architecture and life partner, Margo Reardon (now Sparks), somewhere between the pristine coastline and captivating hinterland was more intuitive than calculated. The move was cemented by an offer for Dan to join the studio of Gabriel and Elizabeth Poole.

Dan was exposed to architectural process through the work of the studio, developing construction technologies and pursuing sustainable practices. The experience of living short term at Lake Weyba House (designed by Gabriel and Elizabeth Poole Design Company in 1996) immersed him in the work, enabling him to reflect on how a building might honour the nuances of climate, culture and place. Gabriel’s influence was formative and equipped Dan with the confidence and skill to establish Sparks Architects in 2007.

Tent House, designed in 2016, is arguably Sparks Architects’ most iconic work. It acknowledges the lineage of Gabriel Poole as much as it demonstrates the work of Sparks Architects as autonomous. Imagined as an open platform in a rainforest clearing, the ephemeral shelter is formed by the lyrical curves of its tensile roof structure. Sophisticated construction technologies were devised to enable the architecture to achieve conceptual clarity. Two systems work together to configure an infinite spectrum of enclosure: an insulated container with track-mounted walls and ceilings allows the platform to be opened and closed according to the weather and season, while the fly-roof above moderates heat load, frames views to treetops and becomes a canvas for the shadow of birds in flight. The reductive nature of the architecture, expressed in its simplest form as a platform and canopy, amplifies the inherent qualities of the remarkable setting.

Engaging architecture to elicit a heightened experience of the environment is a recurring theme in the work of Sparks Architects. Honeydew House (2006), designed by Dan and Margo as their private home, expresses these ideas in elementary form. The project explores ways to manage a steep site, while forming an edge to a vast landscape and a frame through which the prospect is viewed. The street facade screens the distant view over mountain ranges to Noosa Heads, delaying the moment that the breathtaking panorama is revealed until arrival into the breezeway. Each room of the narrow plan delivers a corresponding visual experience, economically achieved through sliding glass doors opening onto a shallow verandah.

Honeydew House also demonstrates a conscious-ness of the environment, exercised through sustainable design. Natural sunlight and ventilation are deftly managed by first principles of solar orientation, shading and maximizing operable openings. Constrained by a tight budget, Honeydew House adheres to the spatial discipline and financial economics of prefabrication. Nine steel-framed modular units combine to generate nine equally dimensioned spaces, which adopt either a cellular or open-plan configuration. The less-visible outcome of the building’s sustainable agenda is its commitment to the reduction of construction waste. Every project designed by Sparks Architects since, regardless of being prefabricated or built in situ, adheres to a structural grid so that the offcuts of sheet material are minimized.

Ridge House (2015) considers the natural environment holistically – as a material, and an atmospheric and visual source. Rammed-earth walls and spotted gum timbers are the natural buildings blocks employed to contest the majestic ten-hectare site, overlooking Lake Baroon in the Sunshine Coast Hinterland. On approach, the building appears to have risen from the earth. Arrival is via the stepped “gully” carved out of the building’s stereotomic forms. The building’s ridge-top siting delays the experience of the staggering view until arrival into the central outdoor space, where the duality of prospect and refuge reaches its crescendo.

Dan recalls that the truest test of his architecture occurred during a Sunshine Coast Open House weekend, when a visually impaired visitor reflected on his visit to Ridge House. In the absence of sight, the architectural ideas were translated through the tactility of material, the gentleness of the acoustic reverberation, the smell of the rainforest and the sound of the nearby wildlife. It was a profound moment for Dan, who has high regard for the intangible “energy” of a place. This was proof that his intentions to transcend a purely visual medium were legible to others.

Spinnaker House (2018), the most recent work of Sparks Architects, reconciles another monumental setting. It builds upon lessons learnt by the practice over more than a decade of being challenged by precarious sites. Perched on the edge of an escarpment overlooking Hervey Bay, Queensland, the building seeks to balance the visual opportunities of the landscape, while providing sanctuary from the windy coastal environment. The building projects confidently, its sloping form paralleled by the falling ground below. The continuity of roof and wall strengthens its presence, making it a defiant object in a windswept landscape. Like many projects before it, Spinnaker House’s building section reveals most about the architectural intentions. Light and glare, breeze and wind, are controlled by the manipulation of enclosure. Occupation is encouraged to the very edge of the building, against the leaning timber screen hovering on the precipice.

A quest for equilibrium shapes and fuels the practice of Sparks Architects. The pursuit for balance in personal life and work is evidenced by the collective team’s move from a five- to a four-day working week. And while balance in something that Dan strives for in the poetics and pragmatics of construction, balance in the built and natural worlds is something he continues to search for. He confesses that he has often arrived at a pristine site and deliberated over the fact that humankind’s intervention would detract from its natural state, which is why he is relentless in his quest to minimize impact and embrace sustainable design principles. Working in unspoiled wilderness is the aspiration of many architects. Of all the favourable sites dotted along the coast of Queensland, those that have been subject to architectural intervention by Sparks Architects are richer for the mindful but fearless hand of Dan Sparks. 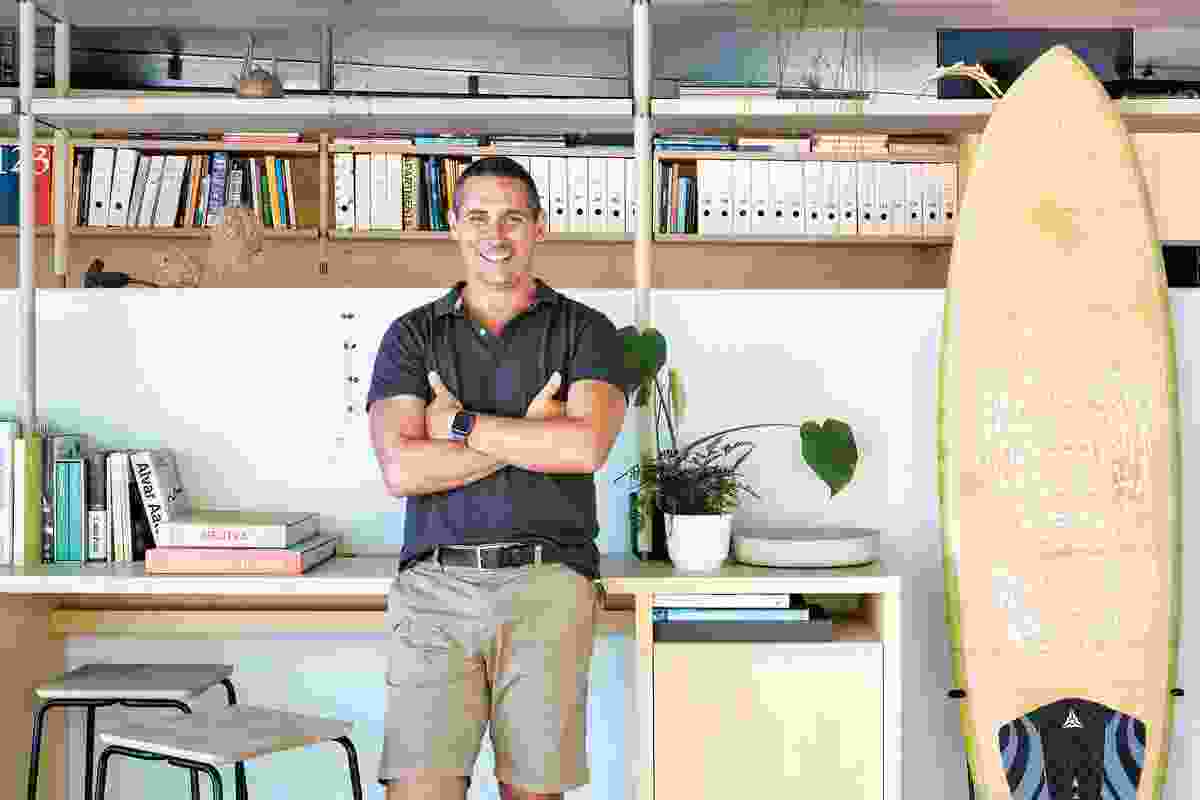 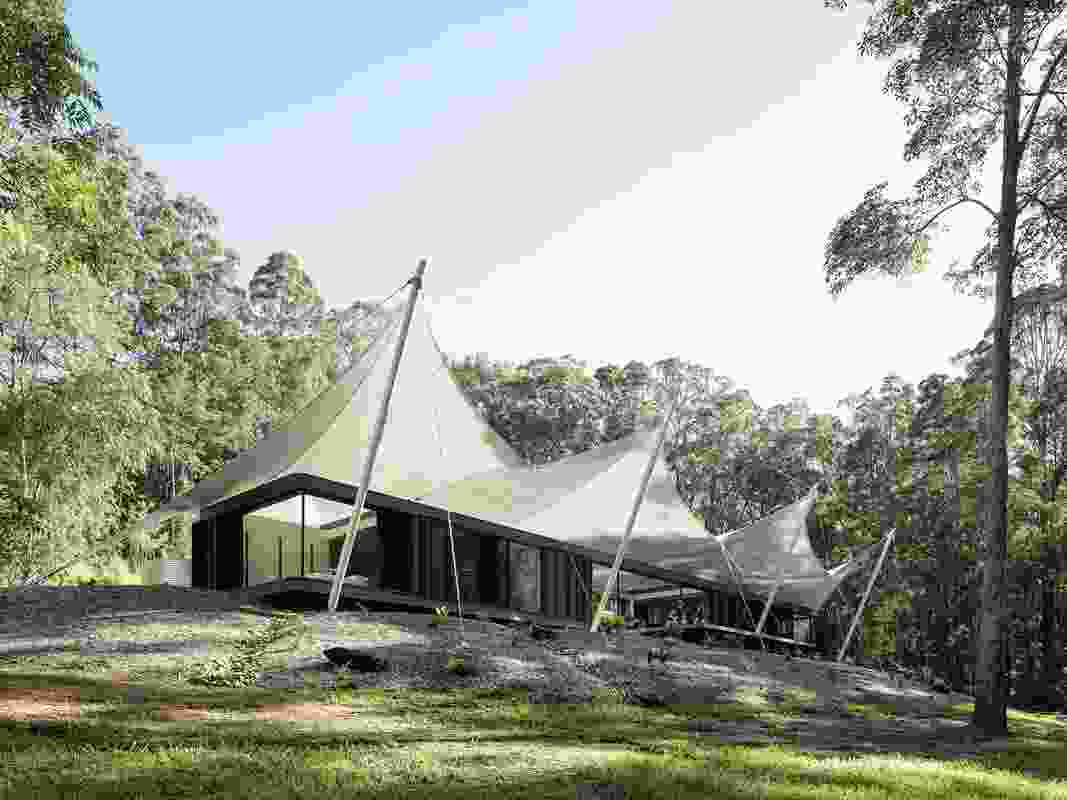 Arguably Sparks Architects’ most iconic work, Tent House (2016) is conceived as an open platform in a rainforest clearing.

Track-mounted walls and ceilings allow the Tent House platform to be opened and closed according to the weather and season. 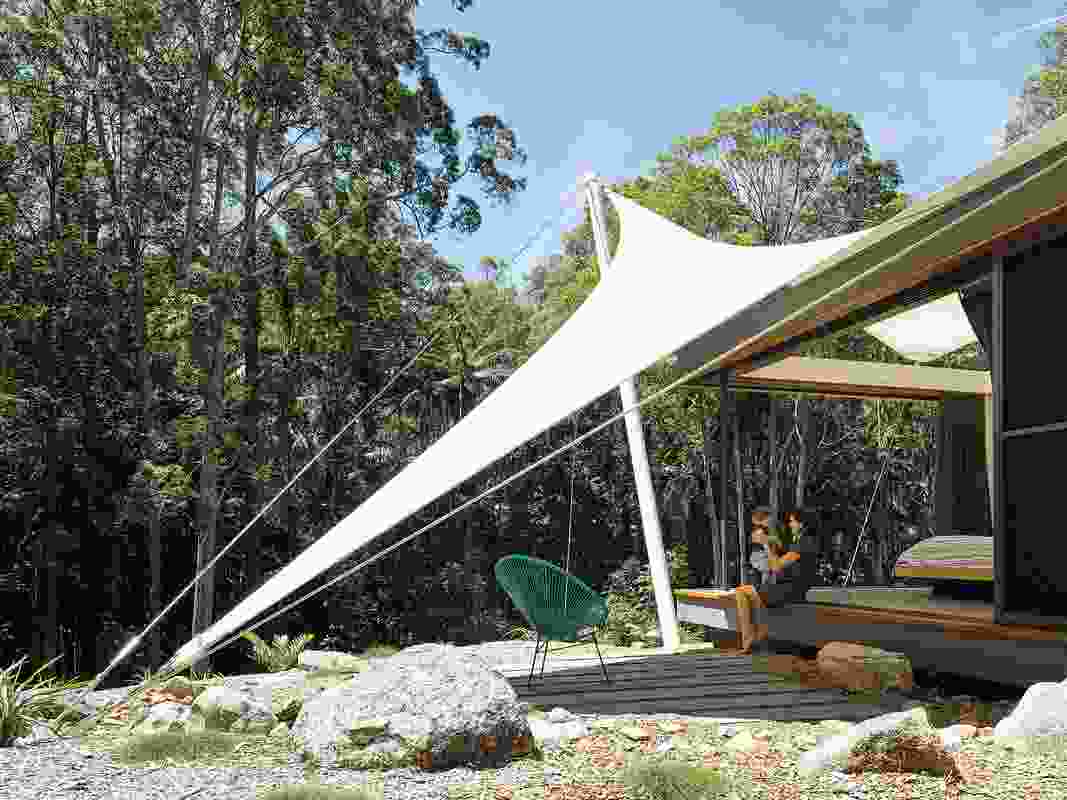 Tent House, the reductive nature of the architecture elicits a heightened experience of its remarkable setting. 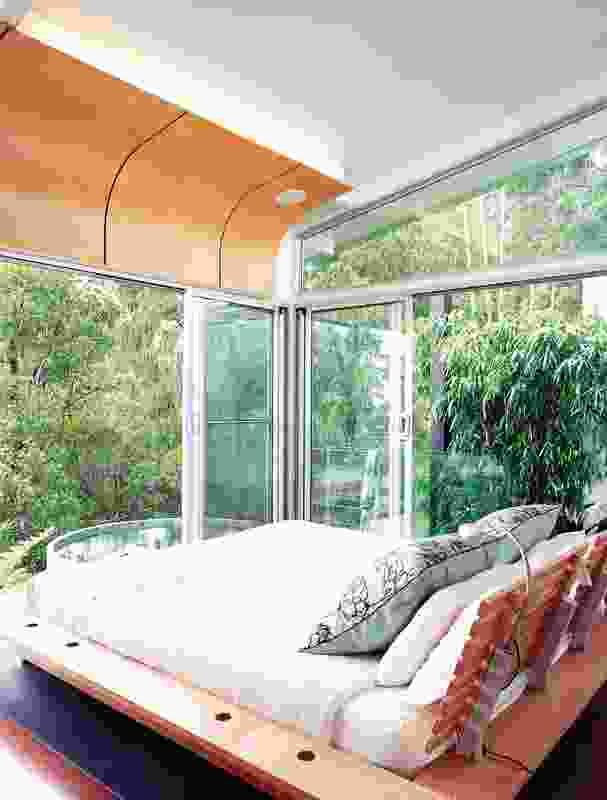 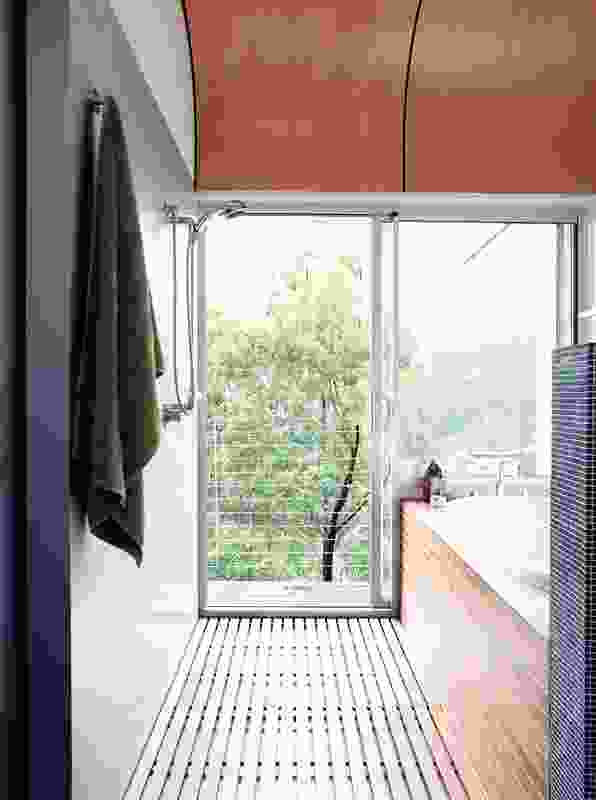 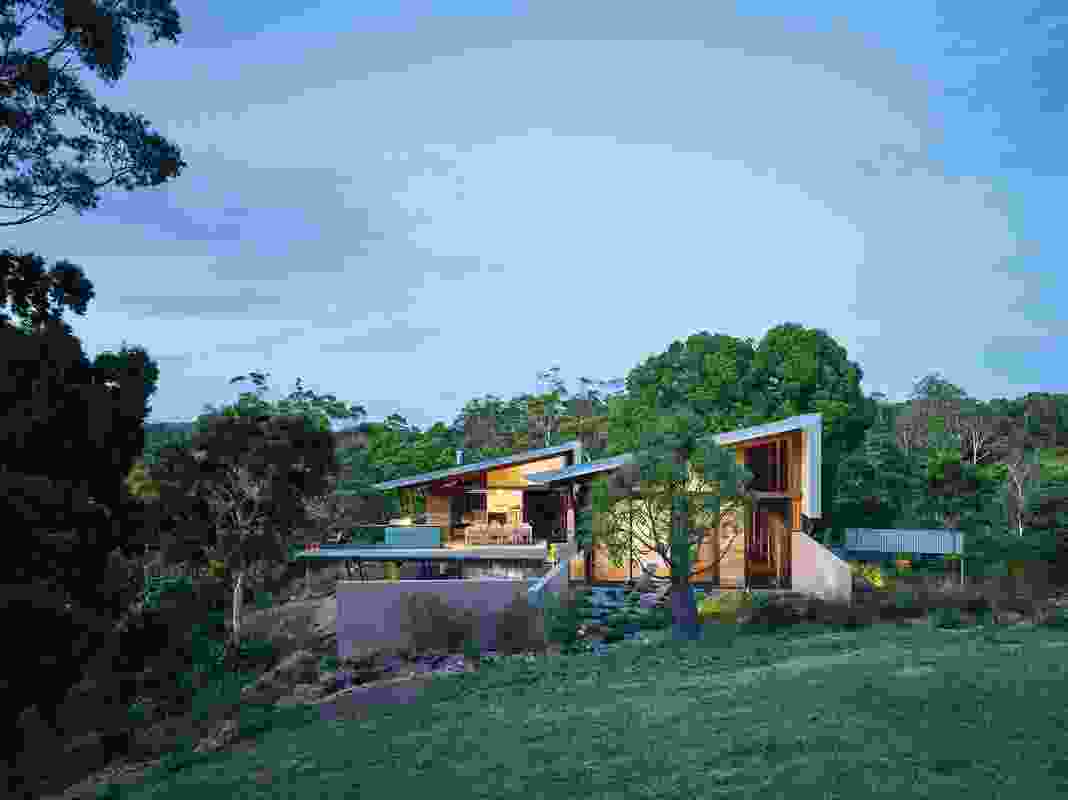 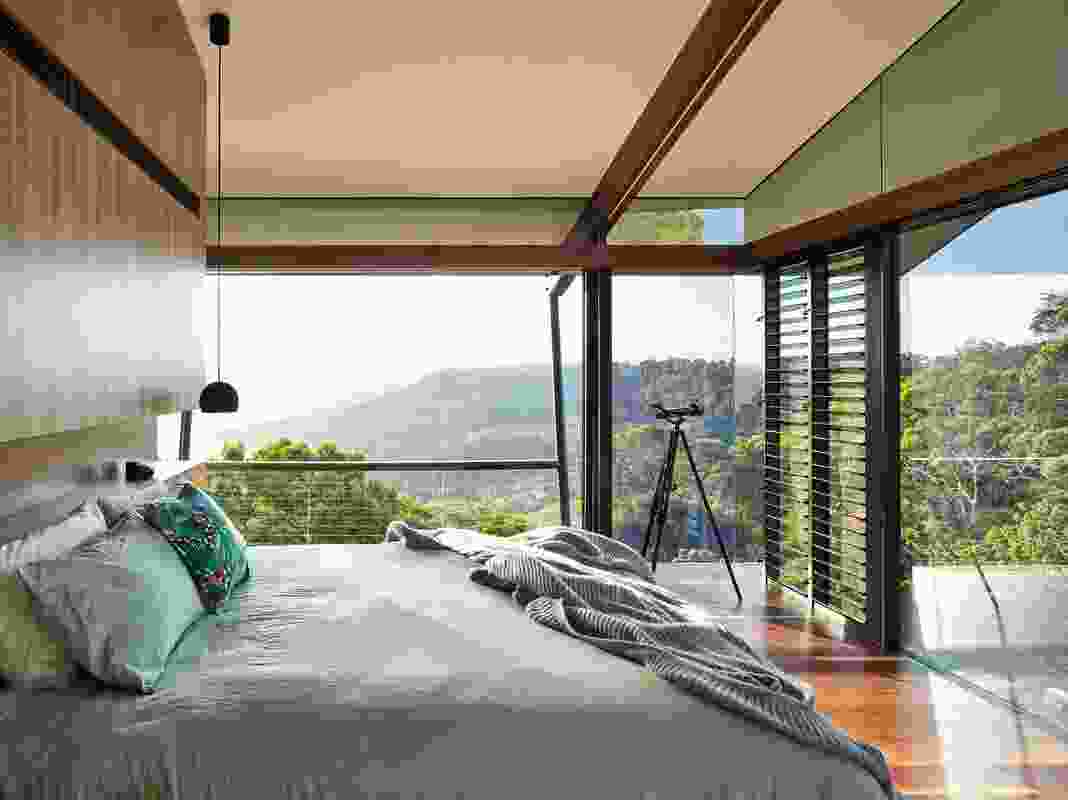 Ridge House (2015) draws on the natural environment as a material, and an atmospheric and visual source. 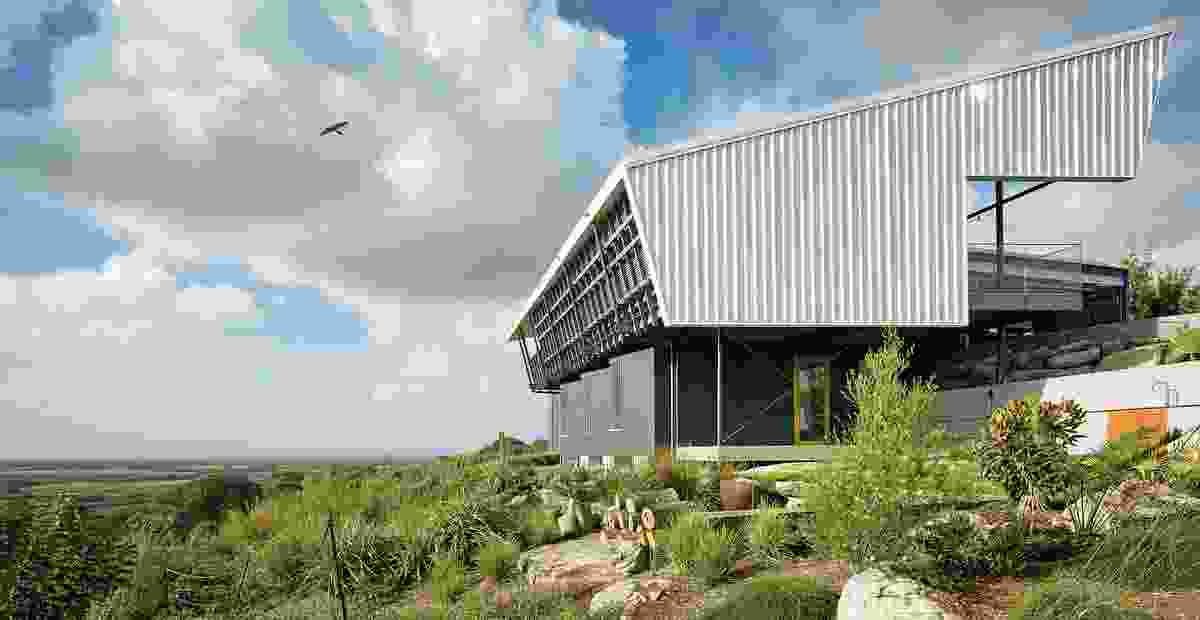 A defiant object in a windswept landscape, Spinnaker House projects confidently on an escarpment. 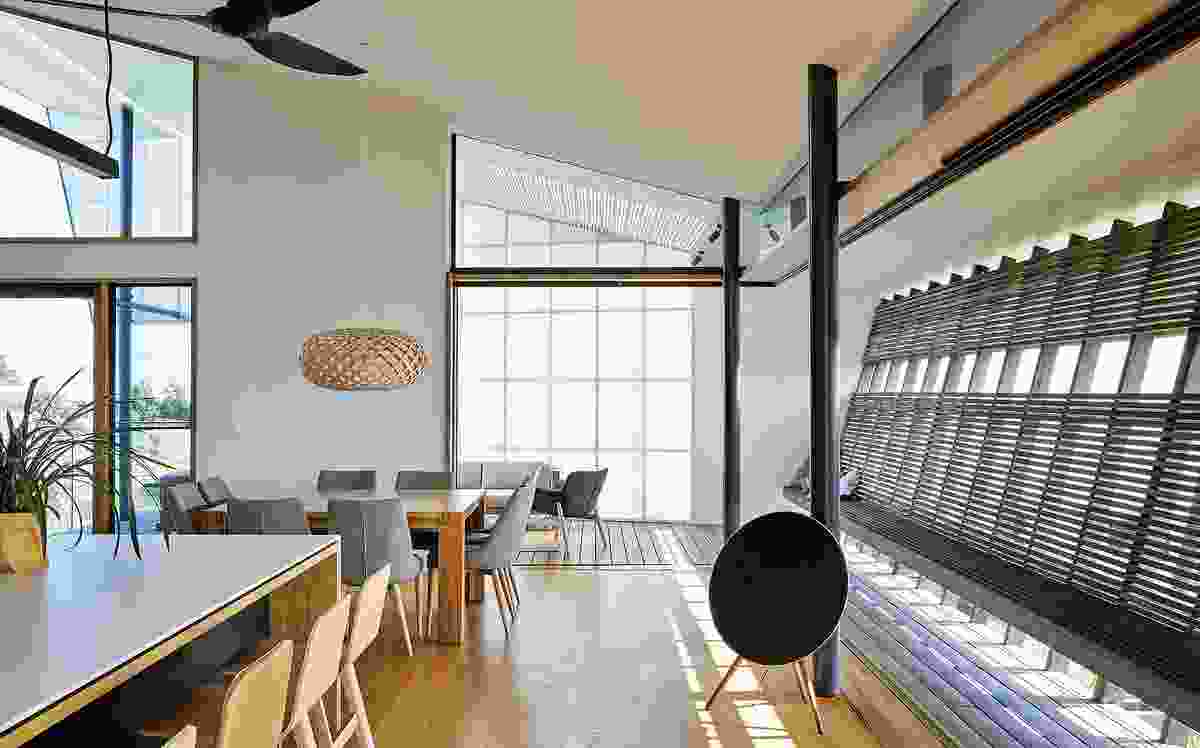 Occupation is encouraged to the edge of Spinnaker House (2018), where you can rest against slanted timber that hovers over the pristine landscape. 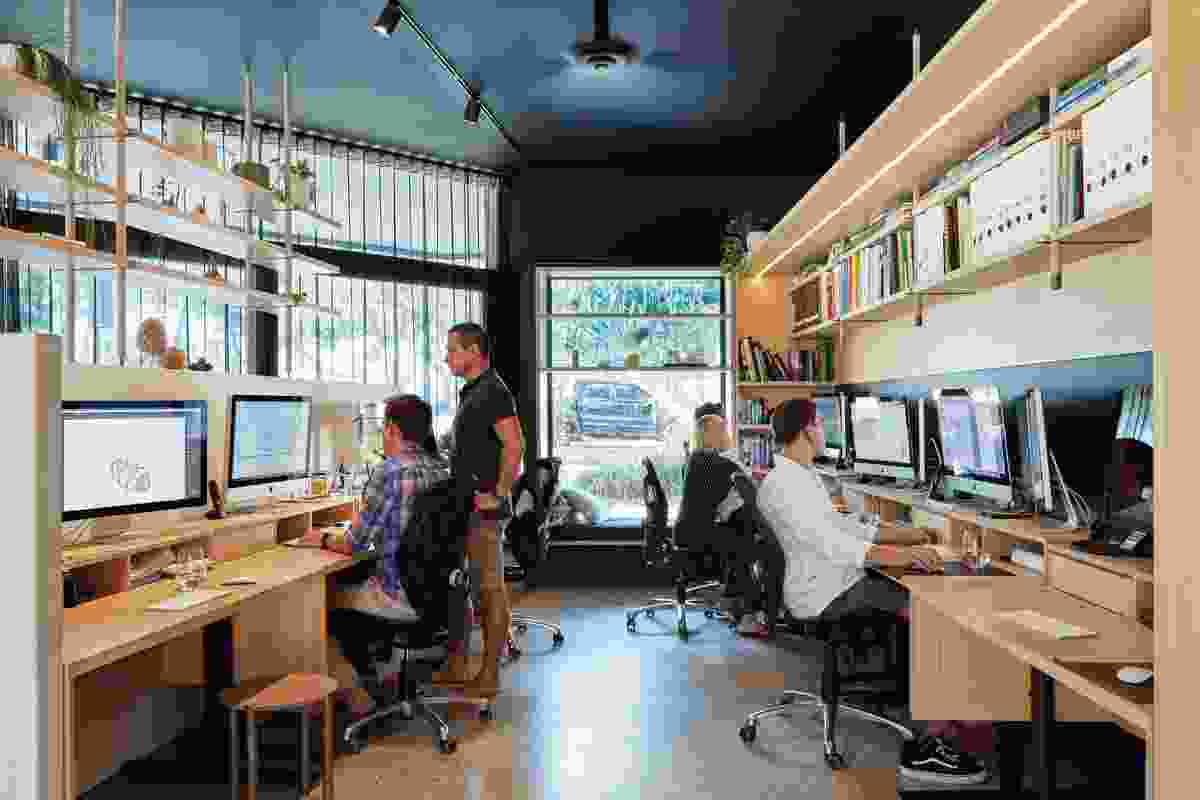 A quest for balance in the natural and built worlds, and in work and life, underscores the practice of Sparks Architects.