The kitchen island functions as the home’s backbone, around which everyday activities take place.

Architects Catherine Downie and Daniel North have long subscribed to German industrial designer Dieter Rams’ well-known “less but better” design philosophy. They’ve been using it to great effect in a portfolio of work characterized by elegantly pared-back residential interiors, and their recent renovation for clients Isaac and Mee and their three children is no exception. “When you’re trying to accommodate multiple functions in a predetermined footprint, your focus is on how to streamline those functions and maximize efficiency of space,” explains Catherine. “And the way we do that is by reducing, rather than adding.”

The original 1950s bungalow offered little connection to its generous north-facing backyard, which was a pity, considering its leafy location in Castlecrag, Sydney. So the architects opened up the living areas, introduced a new raked ceiling and punctuated it with three strategically placed skylights, framing northern views and letting in natural light. Any superfluous features were removed and, while a utilitarian quality prevails, there’s a sense of spirit and warmth in this space, created by the Herringbone oak floors and the kitchen’s green tiles and spotted gum sliding pantry doors, all of which are complemented by mid-century-inspired furniture. Interestingly, the kitchen isn’t so much the heart of this home as it is the backbone, essentially comprising a five-metre-long island bench that integrates cooking, preparation and washing areas, as well as appliances and storage.

“We think of the island as a ‘rudder’ that directs the flow of everyday life, so instead of just operating as a large bench, it’s become the living areas’ key organizing element,” says Daniel. The multifunctional structure also extends into a cantilevered edge to incorporate a breakfast bar, while, at the opposite end, the cooking area is partially concealed behind a raised, stone splashback, which in turn not only reveals the architects’ careful planning but also their fine attention to detail.

It is the architects’ razor-sharp command of light that stands out most, and while this is evident in the design of the kitchen, it’s taken to the next level in the almost-uniformly white ensuite. An expansive skylight is positioned above the walk-in shower and the effect is nothing short of tantalizing. Catherine describes the act of bathing as a tactile, sensual experience and says they wanted to heighten that with their choice of materials. “We specified a handmade tile to line the walls from floor to ceiling, with an irregular glaze that reflects and bounces natural light around the space,” she says.

But the real delight comes from the way this dancing light echoes the reflections off the water in nearby Middle Harbour, further connecting this modestly sized family home to its impressive natural surrounds. 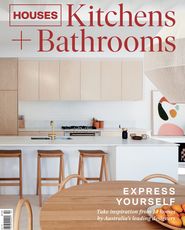 The kitchen island functions as the home’s backbone, around which everyday activities take place. 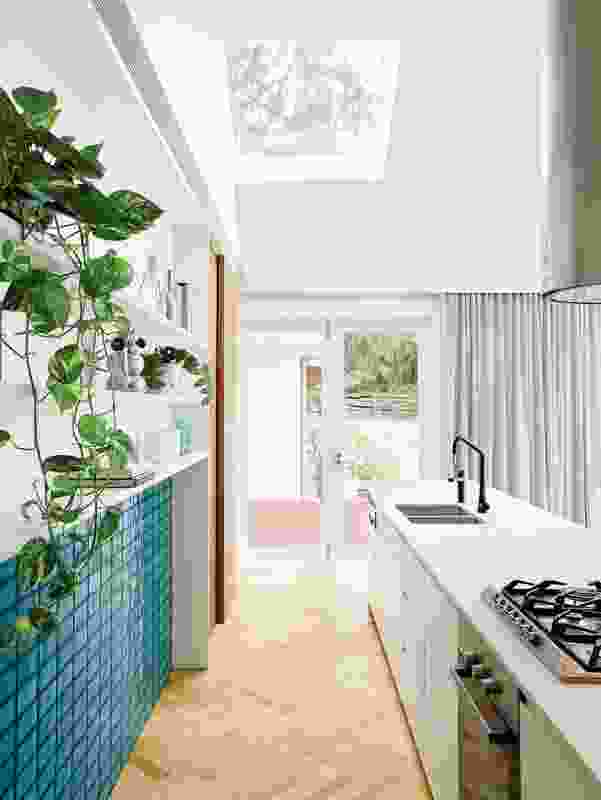 A skylight and glass doors in the kitchen ensure the room receives plenty of natural light. 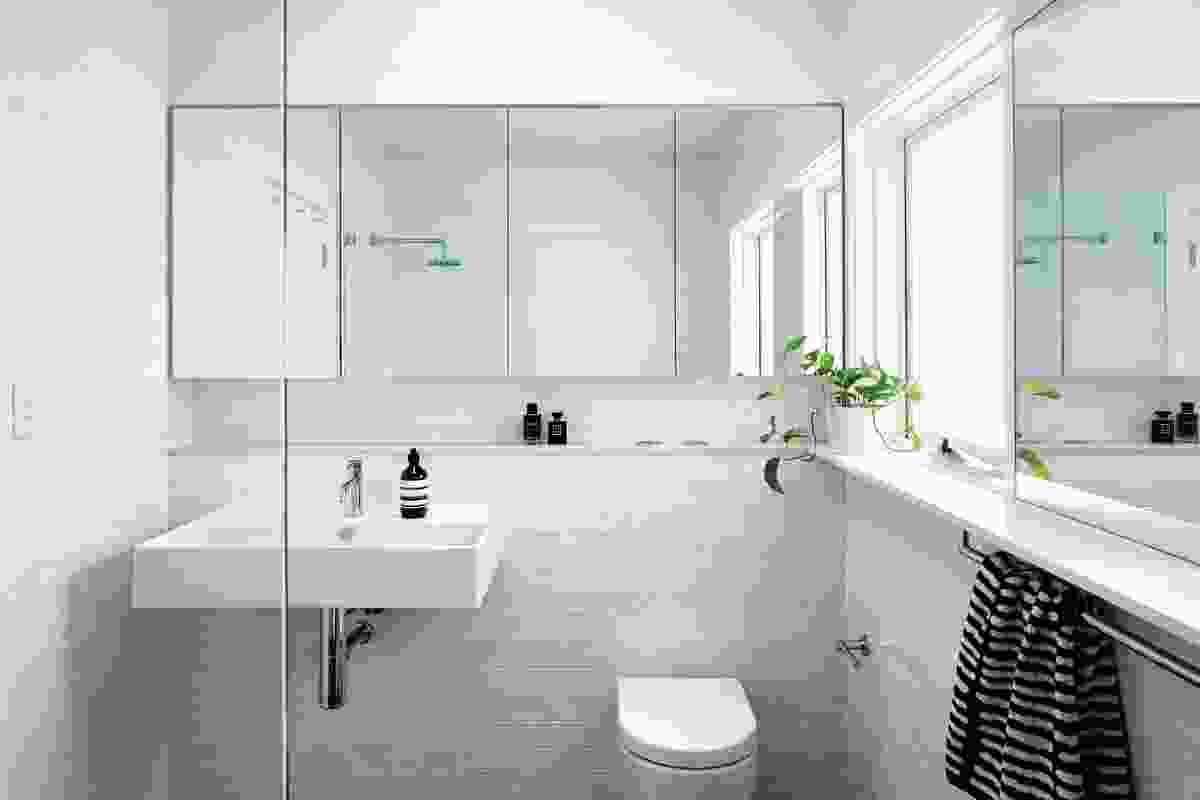 The bathroom’s minimalist aesthetic is emphasized by an all-white palette. 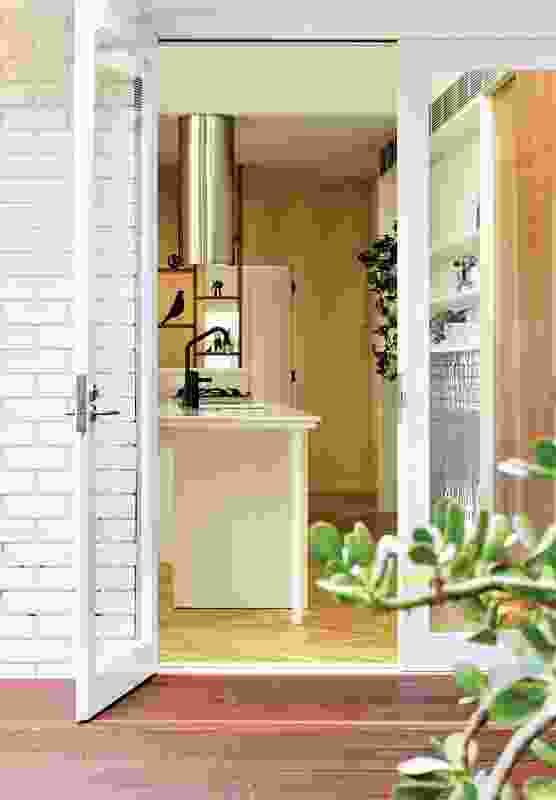 The kitchen opens onto a timber deck via glass doors, further connecting the home with its leafy setting.